Out of a total 258 votes cast, the winner is Carolyn Thompson of Whitby, UK, for her artist’s book, After Capote: When Truman met Marlon. Carolyn will take home a $500 cash prize courtesy of our prize sponsor, the Sherwin-Williams Company.

Carolyn explains the basis for her altered book:

In 1956 Truman Capote interviewed Marlon Brando in a Kyoto hotel room. When his interview ‘The Duke in His Domain’ was published in the New Yorker in 1957, Capote’s version revealed an insecure and vulnerable Brando. The actor could have passed off the writer’s words as an elaboration of the truth, however Brando purportedly admitted that the ‘little bastard’s got total recall. Every goddam word, he remembered.’ The pair never spoke again.

In 2018 Penguin republished the interview in their Penguin Modern box set. Given the intriguing relationship between the writer and the actor and how Capote managed to persuade Brando to be so open with his personal life, I initiated an astrological relationship compatibility report, which compares and contrasts aspects of a couples characteristics based on their birthdates, to see how they would fair as both friends and lovers. Extracts from this report have been typed and sewn as footnotes into the original text where pertinent. These new texts highlight or examine either the characteristics of one of the two men, or their reaction to the other, with often-humorous results. 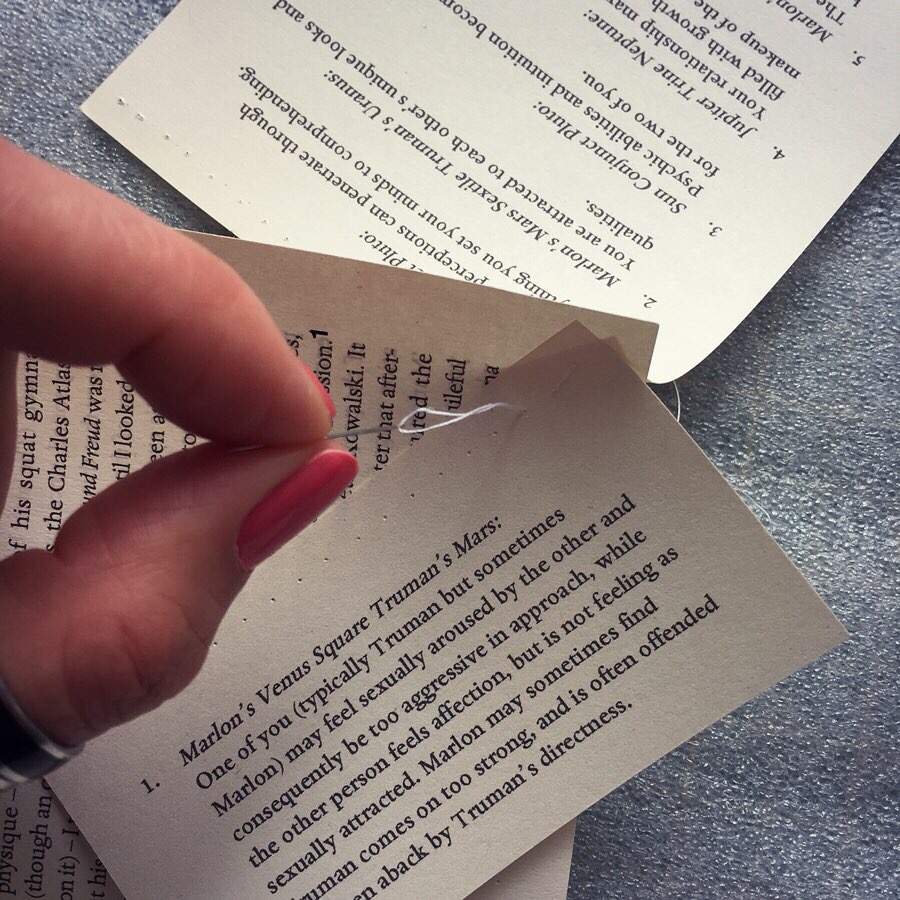