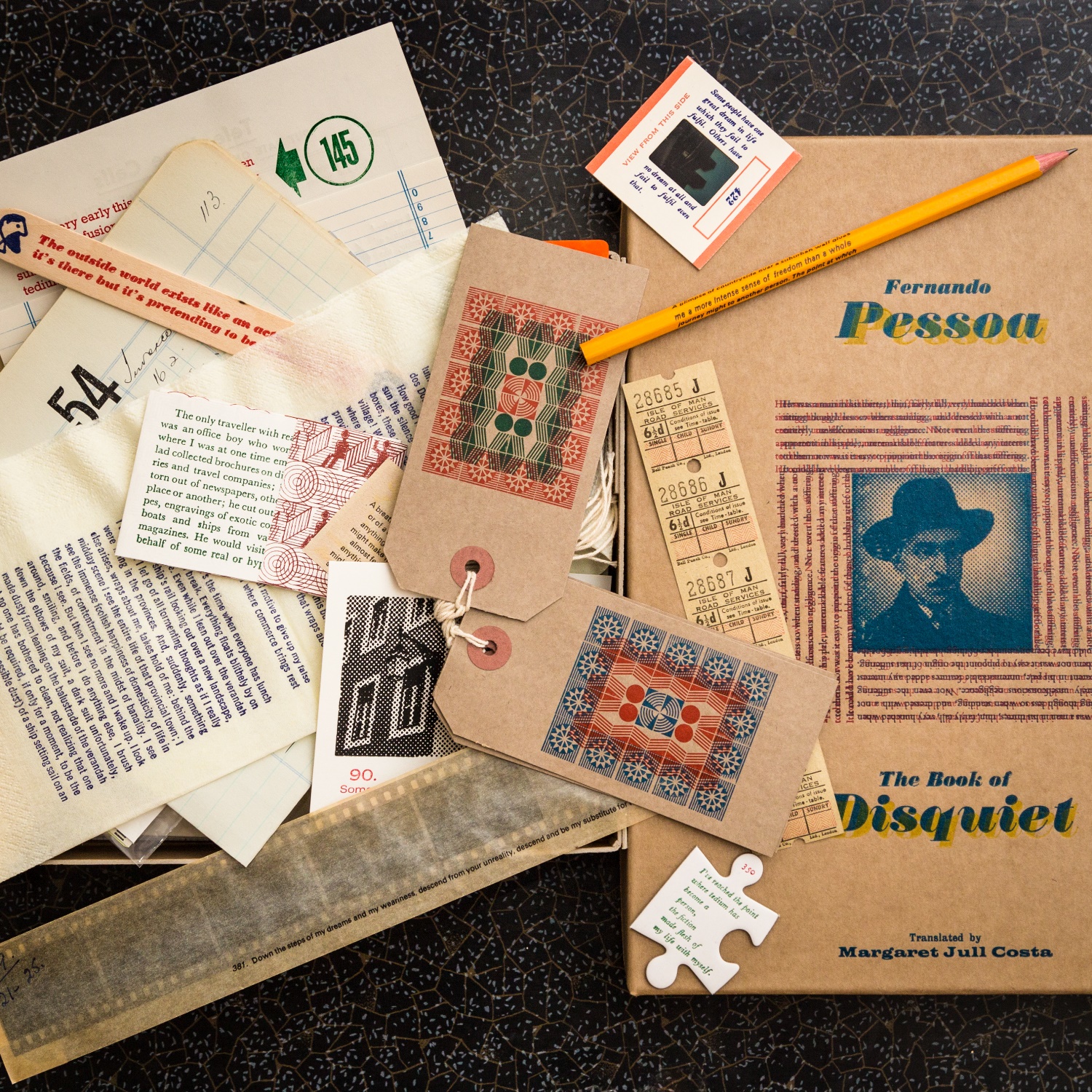 Minnesota Center for Book Arts (MCBA) is proud to announce the winner of the 2017 MCBA Prize, The Book of Disquiet by London-based book artist Tim Hopkins.

For the 2017 competition, a three-member jury reviewed over 100 submissions representing 12 nations around the world, and narrowed the field to five finalists. These five works were judged at MCBA during Book Art Biennial 2017 (BookArtBiennial.org), a program series including exhibitions, workshops, and a two-day symposium. The winner was announced at a gala award ceremony on Saturday, July 22.

Hopkin’s 2017 edition of Fernando Pessoa’s The Book of Disquiet takes a recognized classic and builds out from that book’s unique history, form, and content to create a viable reading experience that adds to the feeling and atmosphere of the novel itself. The texts that make up The Book of Disquiet were found in a box in Pessoa’s room after his death, in bundles of manuscript and typescript fragments and in no fixed order. It consists of the everyday thoughts of a single character, Bernardo Soares. The Half Pint Press edition of The Book of Disquiet takes 61 of the hundreds of fragments and presents them on a variety of paper and non-paper ephemera (some found, some made). Each fragment was typeset by hand and printed by hand on an Adana Eight-Five tabletop letterpress in an edition of 80. The fragments are presented unbound and with no fixed order in a hand-printed box.

This edition responds to the original’s form, or lack of form, by restoring disorder to The Book of Disquiet: the fragments are to be picked out as the reader pleases. This reflects the origin of the text itself and also makes possible connections between fragments which may be less available in a bound, ordered edition; Soares was prone to letting his mind wander during long nights in his room and the book gives a sense of that wandering mind.

In addition to the title, Tim Hopkins receives a $2,000 cash prize. The four finalists each receive a $500 cash award.

The MCBA Prize 2017 jury consists of:

Finalists for The MCBA Prize 2017 included:

View all of the entries for The MCBA Prize 2017 in MCBA’s online gallery, MCBAPrize.org.

The MCBA Prize was presented in conjunction with Book Art Biennial 2017 (July 15-23), a series of events, exhibitions and workshops that explore contemporary practice in the book arts. This year’s theme— Shout Out: Community Intervention, Independent Publishing, and Alternative Distribution—featured programming that amplifies individual and collective voice through grassroots artistic practice.