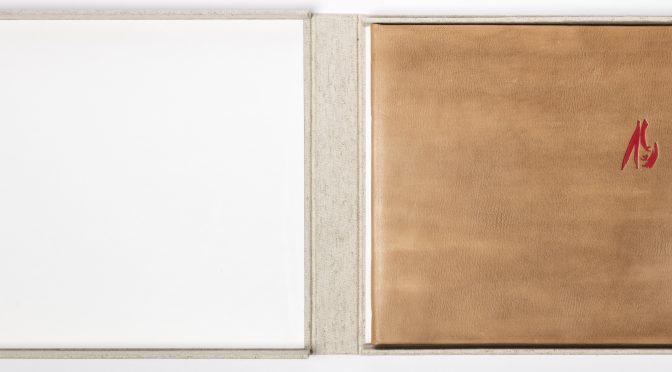 The sudden light unfolds the pilgrimage along the four walls, makes shadows the colour of fire waver on the stucco (in the landscape).
I sleep over purple and stone forests.
Carlos de Oliveira, Finisterra (Land’s End)

The artist’s book I’m presenting is included within the scope of the aesthetic research I have been doing since 2016 about a plastic manner of dealing with the landscape of the Gândara region that is the narrative core of the twentieth century Portuguese writer Carlos de Oliveira’s literary production. It is important to say that this particular landscape is present not only in his novels (namely his novel Finisterra – paisagem e povoamento (Land’s End – landscape and peopling) but also in his poetry.

If Carlos de Oliveira (1921-1981) is not the greatest twentieth century Portuguese writer, then he is one of the greatest. His entire literary production and its complex characters are deeply related to this unique region. Geographically speaking, Gândara is part of an area bounded by the Vouga River estuary to the north, the fields of the Mondego River to the south, the vineyard county Bairrada to the east and the coastal sand dunes to the west, comprising the Municipalities of Cantanhede, Mira, Vagos, Figeira da Foz and Montemor-o-Velho (Portugal).
In Carlos de Oliveira’s work, Gândara1 is neither a geographical reference nor a mere backdrop but is at the very root of the whole of his literary discourse. Belonging to Gândara are the places, characters, the world of the imagination, the social struggles, the figures, the underwater forests and the childish drawings that permeate everything he wrote. One could say without the risk of erring, that Gândara means to Carlos de Oliveira what Yoknapatawpha County means to William Faulkner.

Inspired by his novel Finisterra – paisagem e povoamento, I sought to represent the various (physical and psychological) landscapes which the author constructs from the standpoint of the narrator at different stages in his life (as a child and adult). By projecting a needy fleeting light on the moors – the gândara – among the procedures he uses, the narrator employs resources such as children’s drawings, pyrography and photography that are essential for building the narrative: dunes, trees, lagoons, limestone, moss, sun in this land’s end that is the «bitter ground» of a harsh yet touching beauty.

Unpeopled landscape #2 is the second artist’s book, unique hand-printed monotypes, painted and bound with a natural leather cover, hand stained with a dry-etching. I used a cream and white paper and the pages were cut in a different way with different dimensions. The words displayed in some pages belong to the drawings and are expressions that Carlos the Oliveira used in his novels and poems. All visual elements are a metaphor of submerged forests that the retreat of the sea and the strong winds buried under the weight of the dunes.

Footnote: In Portuguese, apart from being the name of a region, the word gândara is of pre-Roman origin. It comes from the Latin gandĕra which means unpeopled heath or moorland. It may be sandy and covered with hardy bushes and ground creepers.