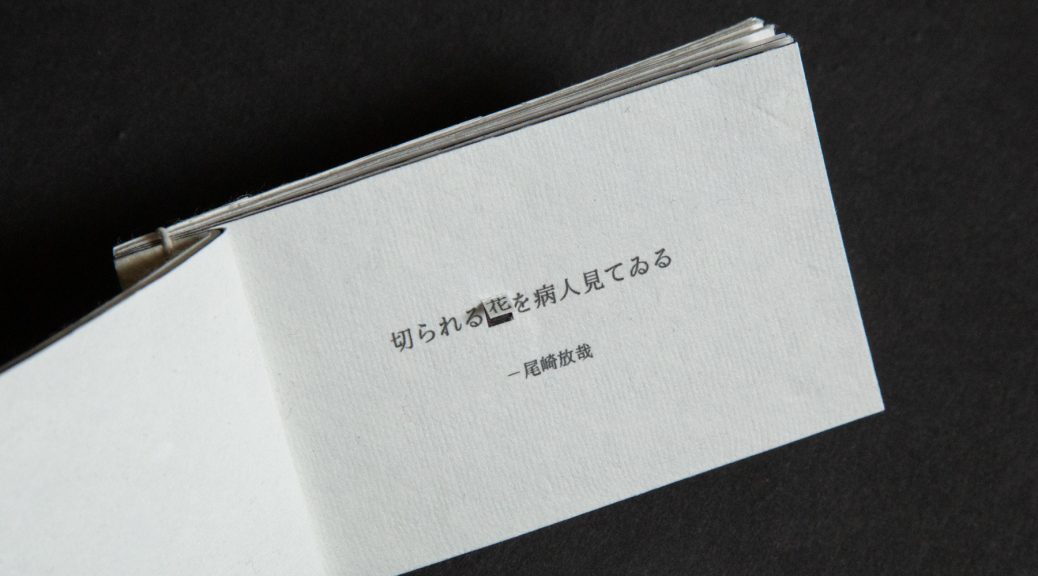 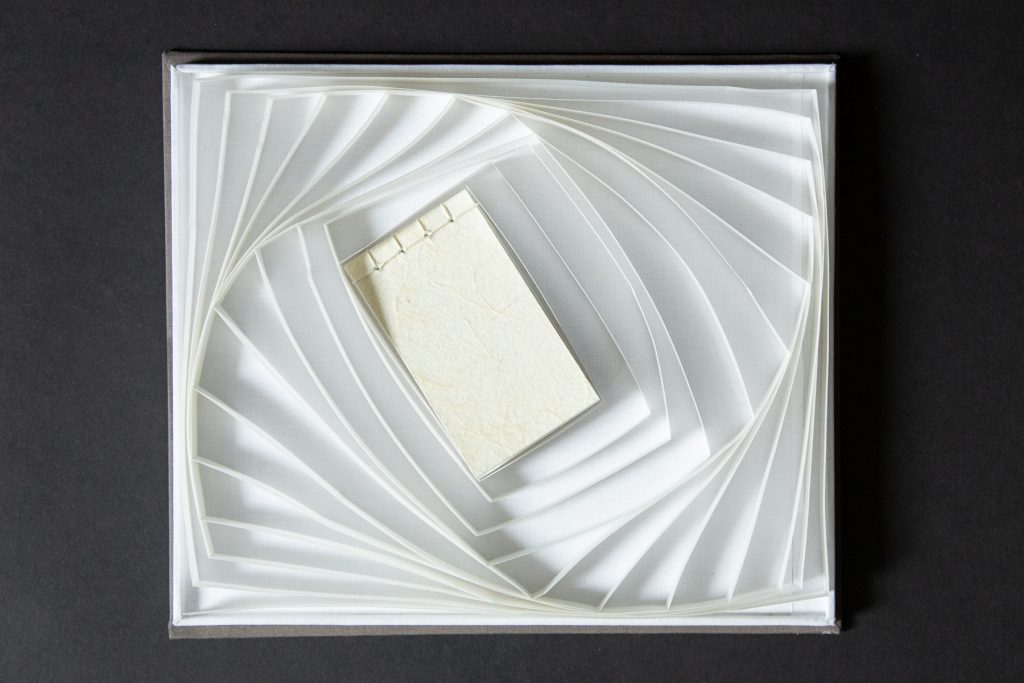 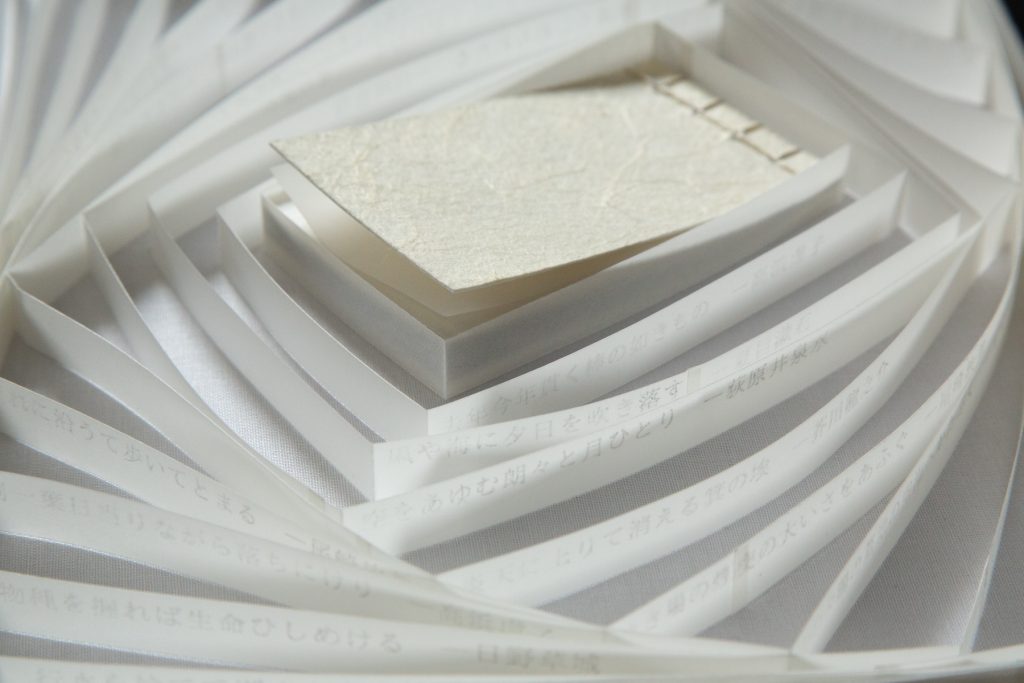 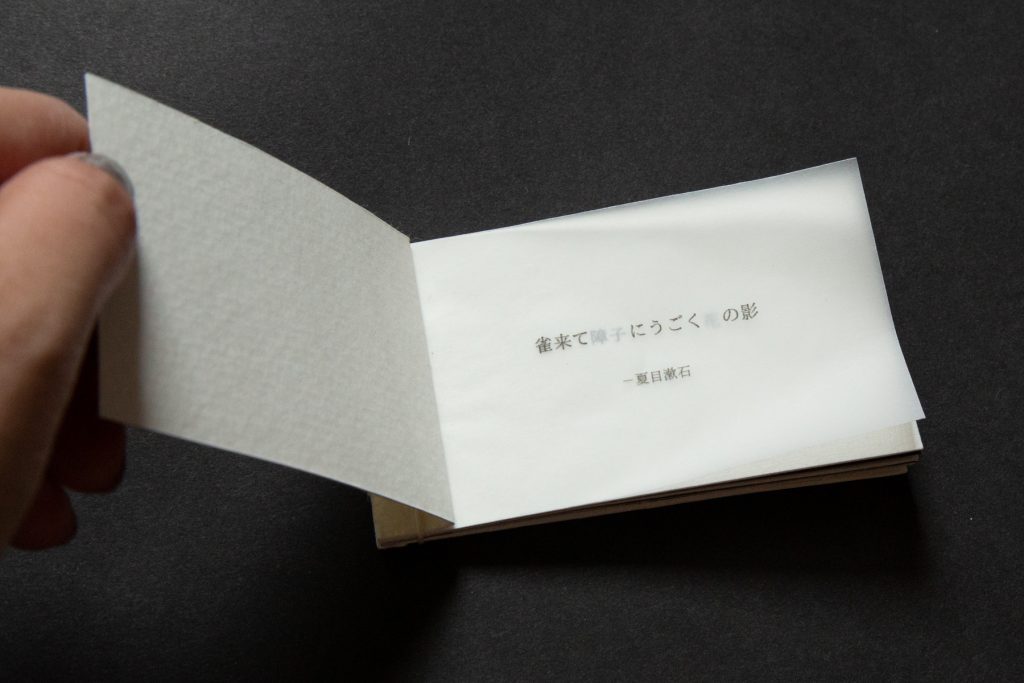 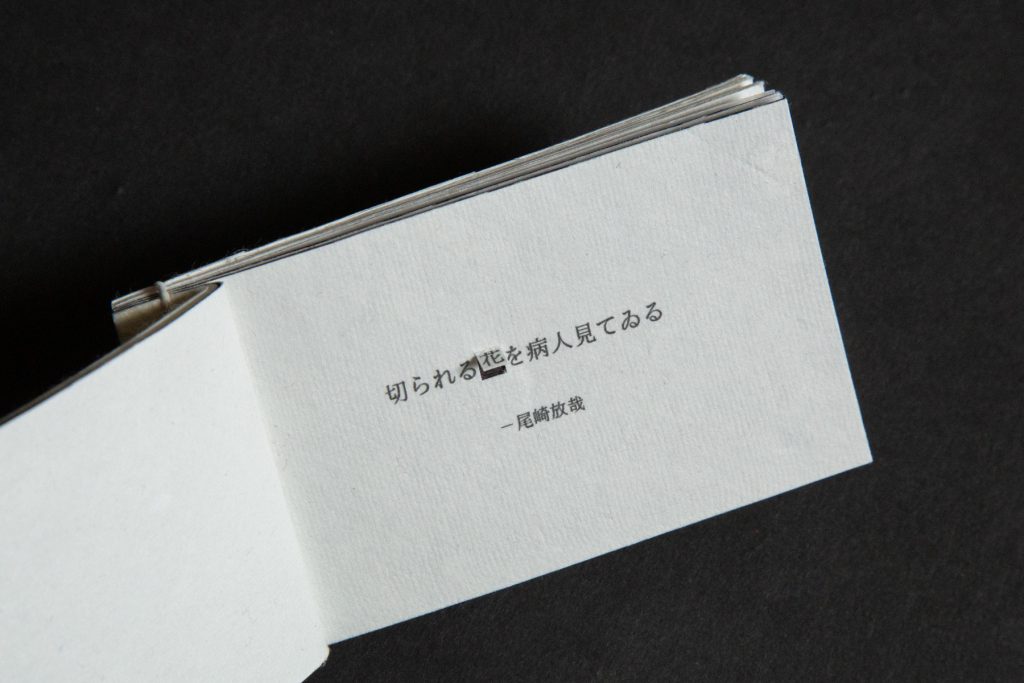 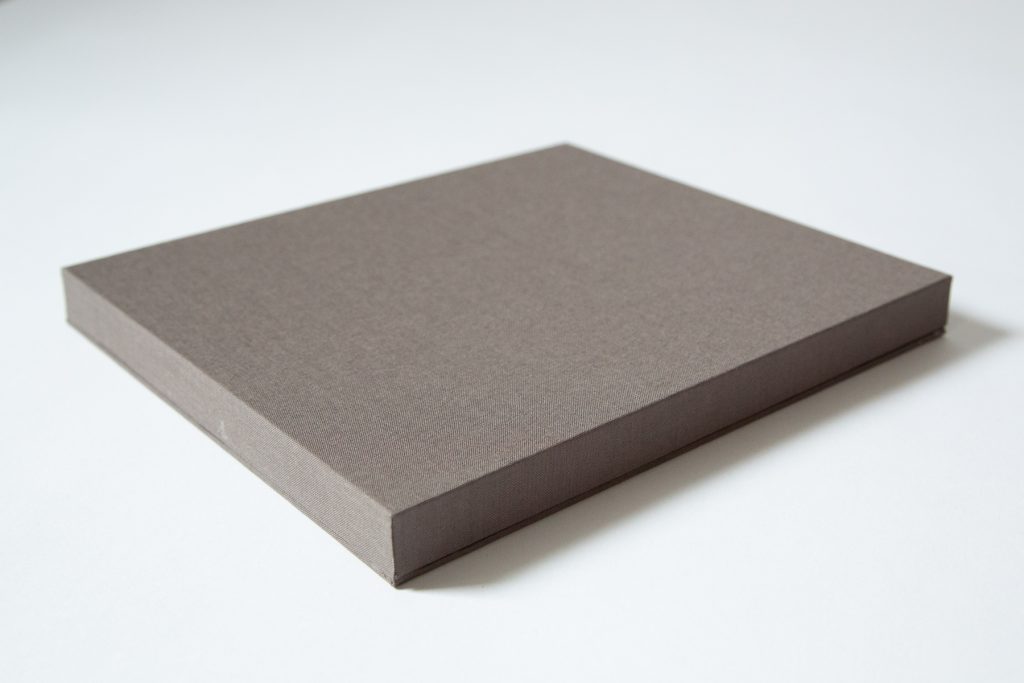 As a multidisciplinary artist who creates photographs, books, installations, videos, paper, and more, I am deeply preoccupied with ephemerality, indexicality, and traces in the quotidian. This has led me to subject matter like dust, windows, and the human body. In my practice, I also operate on the notion that nothing is self-identical, that meaning is always contingent. As I make mental constellations of meanings and associations, I underscore and celebrate the minutiae of the overlooked everyday and seek to forge an intimacy with the world.

Cutting breath unto air is a book of haikus, about haikus. Japanese haikus often speak to the seasons, transience, time, and mortality. With a mere few syllables, they paint an entire atmosphere, ambiance, visage, inviting imagination rather than pointing to a specific message—it is a realm of ambiguity and nuance.

My experience with English haikus, however, have yet to compare. The 5-7-5 syllabic format is often overemphasized, with insufficient attention given to the content and the sequence in which information is unraveled. Much of the profundity of haikus in Japanese tradition is lost. Cutting breath unto air is driven by my desire to convey how it feels to immerse myself in Japanese haikus to audiences who do not speak Japanese. cutting breath unto air is my physical manifestation of the sensation of a Japanese haiku, demonstrating and translating the experiences offered by Japanese haikus in tangible form.

The smaller inner book communicates features and aspects of Japanese haikus that I am drawn to, one being kireji (切れ字), which translates literally to “cutting word.” Traditionally, Japanese haikus are written in one continuous line. Thus, kireji are crucial verbal exclamations that punctuate and emphasize the end of a haiku section. Masterful use of kireji creates an intuitive literary rhythm that very naturally “cuts space” in the haiku.

The spiral shape of the outer book takes inspiration from one specific haiku, which is the first one on the strip: 巻貝の渦ゆきわたる冬銀河 (makigai no uzu yukiwataru fuyu ginga). Written by Hanatani Kazuko, this haiku can be roughly translated to “conch shell’s / spiraling / winter galaxy,” likening the spiral of a conch shell to that of the Milky Way.