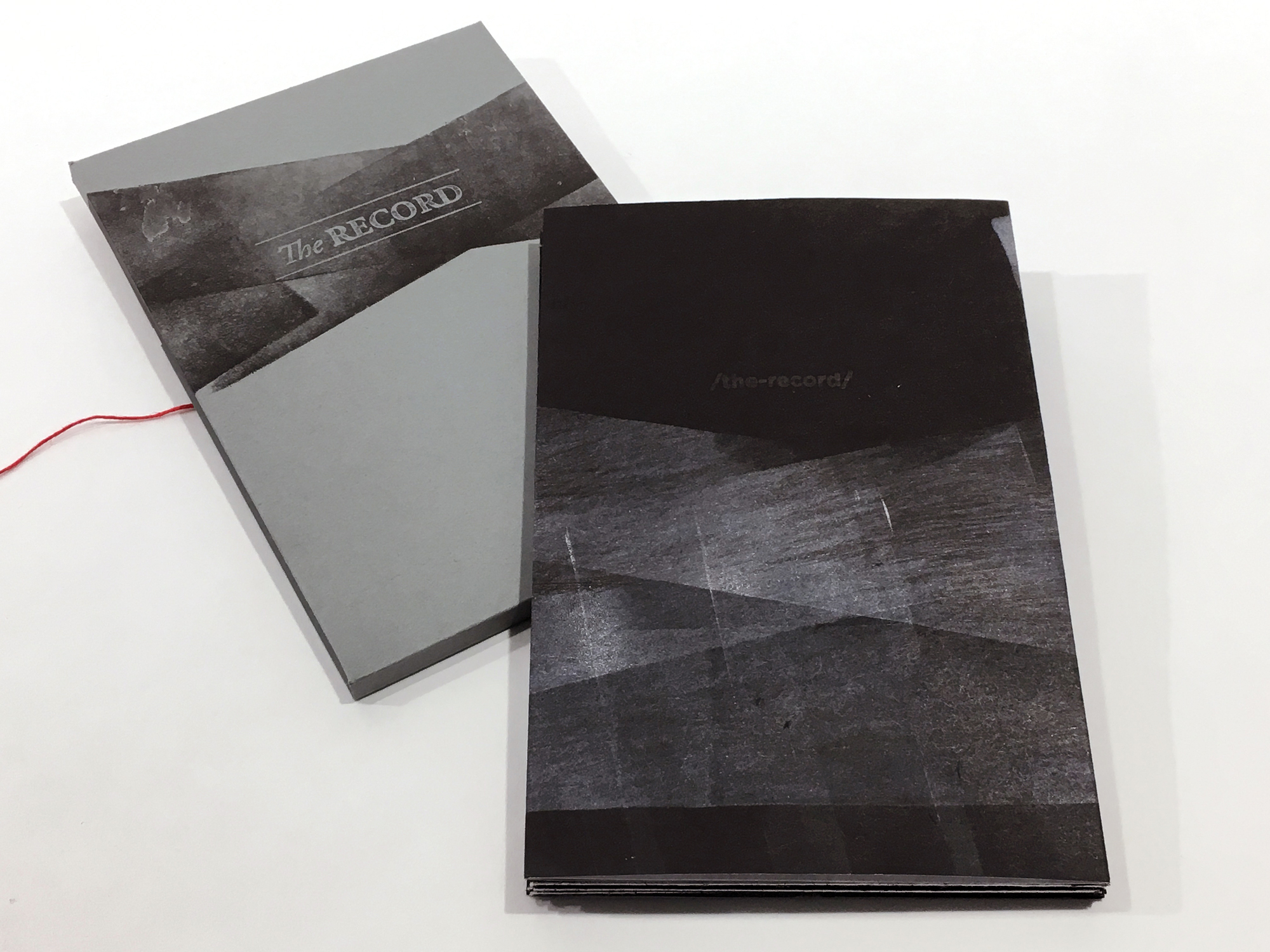 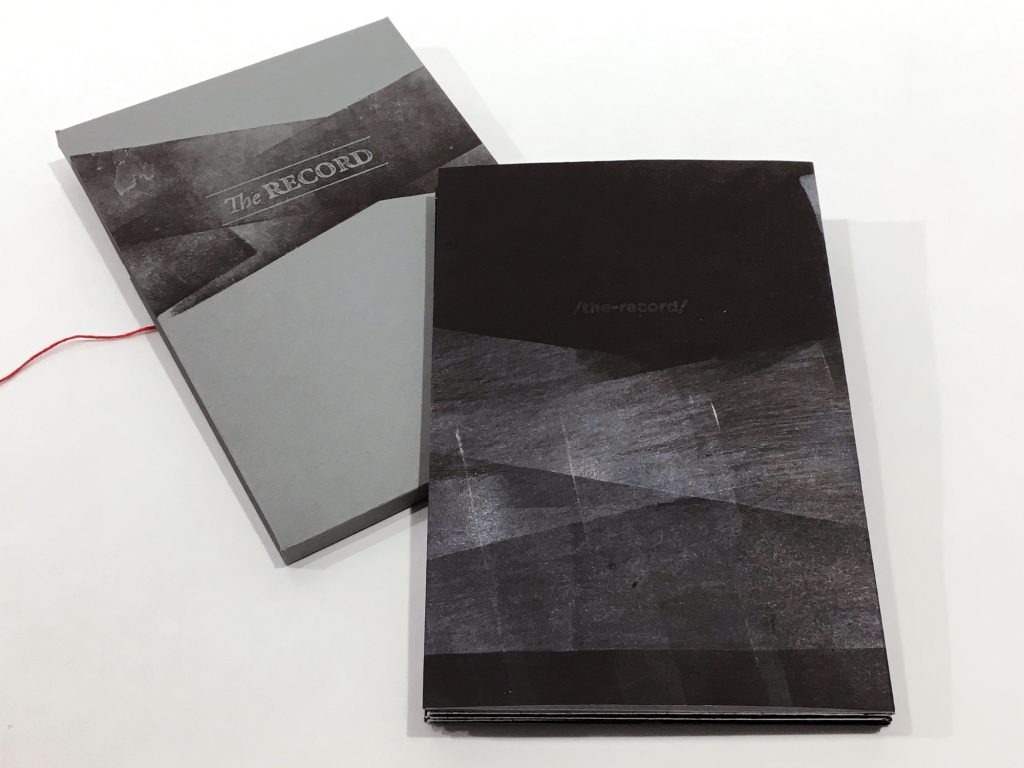 The Record (front, closed with case). 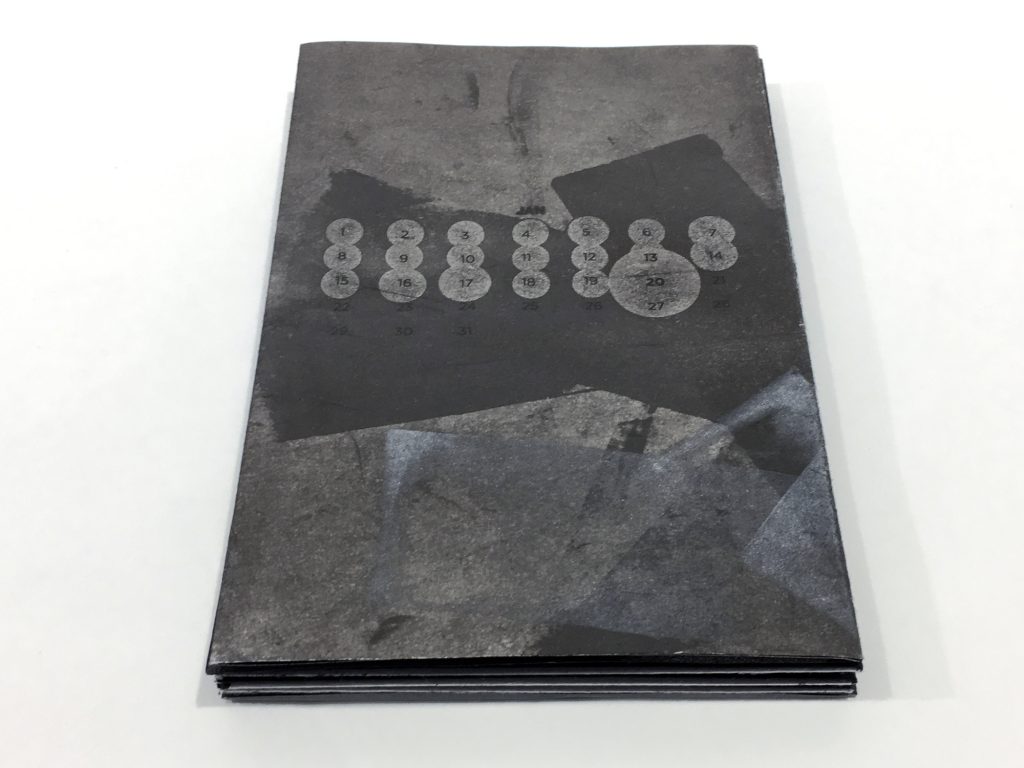 The Record (back) featuring a data visualization based upon the Internet Archive’s Wayback Machine tally for snapshots per day. 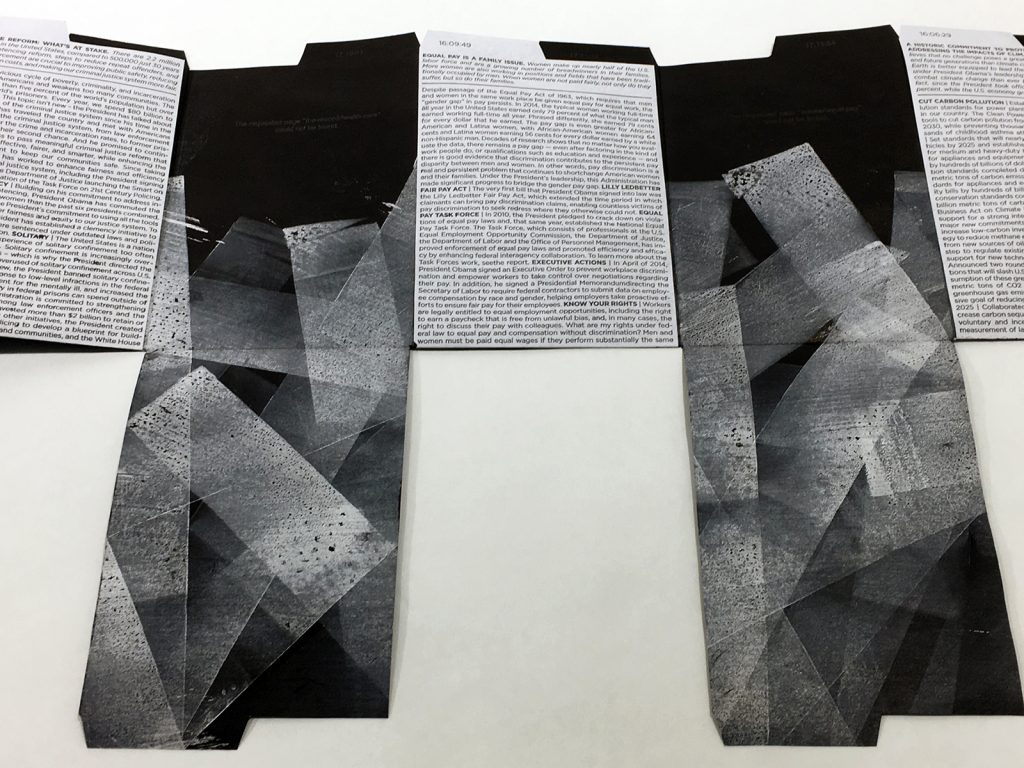 The Record includes six panels containing text culled from Obama’s key policies on criminal justice reform, health care, disabilities, equal pay, climate, and social progress. Each panel folds down to reveal the 404 errors that resulted when these policies were removed by the Trump administration. Examples of these “page not found” identifiers include “The requested page “the-record/social-progress” could not be found” and “You are not authorized to access this page.” 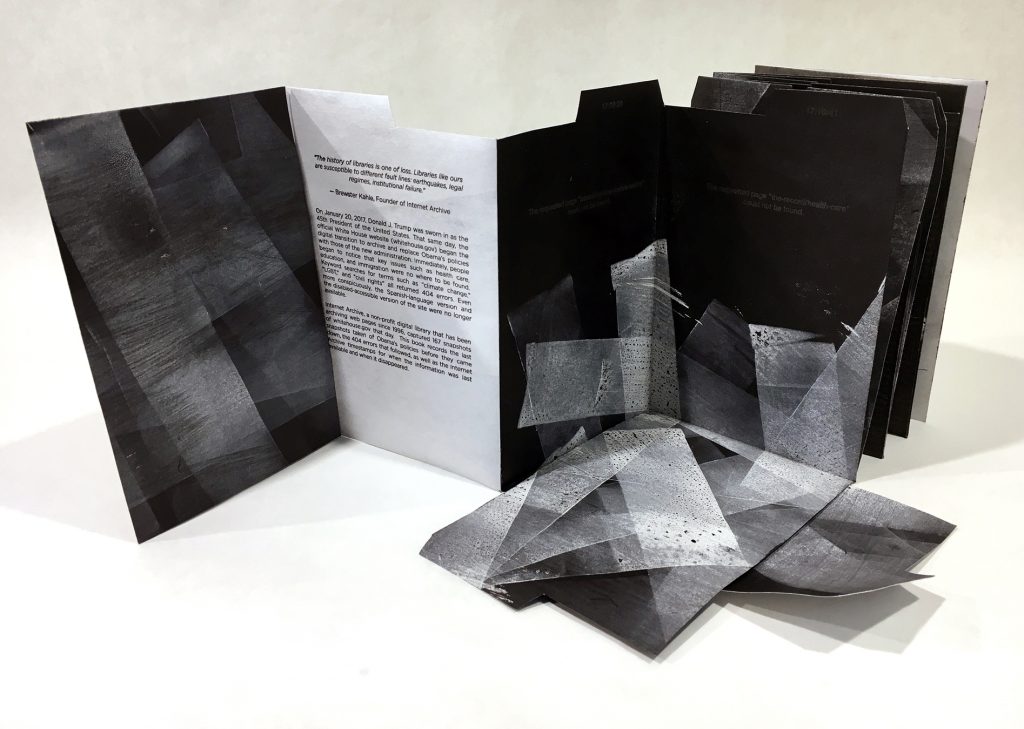 Covell-4: The Record (open) featuring foldable panels that conceal/reveal key text. The tabs at the top of each panel (front and back) are time stamped with Internet Archive’s last screen captures of Obama’s policies followed by the error messages that resulted when they came down. 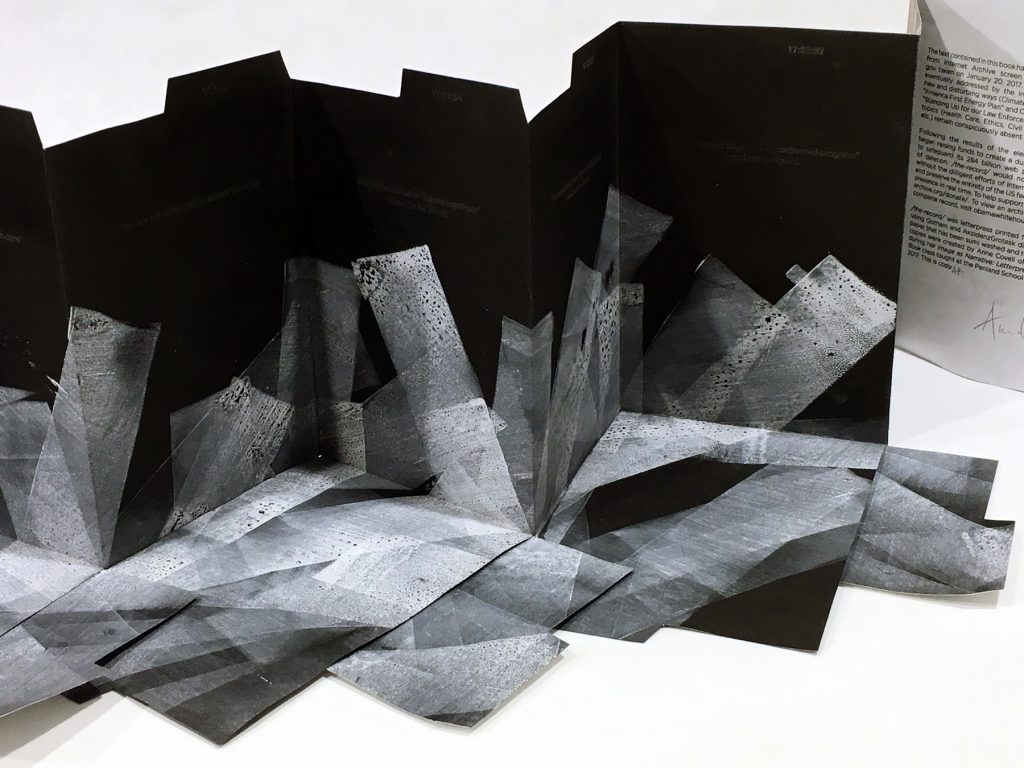 Covell-5: The Record (open, detail). The imagery seen here was hand brayered with opaque white ink and sumi washed to both obscure and reveal elements of the text contained within the book. The text was printed in both black and white ink to subtly read through the dark quality of the sumi wash.

“The history of libraries is one of loss. Libraries like ours are susceptible to different fault lines: earthquakes, legal regimes, institutional failure.”

On January 20th, 2017, Donald J. Trump was sworn in as the 45th president of the United States. That same day, the official White House website (whitehouse.gov) began the digital transition to archive and replace Obama’s policies with those of the new administration. Immediately, people began to notice that key issues such as health care, education, and immigration were nowhere to be found. Keyword searches for terms such as “climate change,” “LGBT,” and “civil rights” all returned 404 errors. Even more conspicuously, the Spanish-language version and the disabled-accessible version of the site were no longer available.

Internet Archive, a non-profit digital library that has been archiving webpages since 1996, captured 167 snapshot of whitehouse.gov that day. This book records the last snapshots taken of Obama’s policies before they came down, the 404 errors that followed, as well as the Internet Archive timestamps for when the information was last available and when it disappeared.

The text contained in this book was transcribed verbatim from Internet Archive screen captures of whitehouse.gov taken on January 20th, 2017. While certain issues were eventually addressed by the incoming administration in new and disturbing ways (Climate has been replaced by an “America First Energy Plan” and Criminal Justice Reform by “Standing Up For Our Law Enforcement Community”), most topics (Health Care, Ethics, Civil Rights, Social Progress, etc.) remain conspicuously absent from Trump’s policies.

Following the results of the election, Internet Archive began raising funds to create a duplicate copy in Canada to safeguard its 284 billion webpages from threat of deletion. The Record would not have been possible without the diligent efforts of Internet Archive to capture and preserve the entirety of the US federal government web presence in real time. To help support Internet Archive, visit archive.gov/donate. To view an archived copy of Obama’s complete record, visit obamawhitehouse.archive.gov