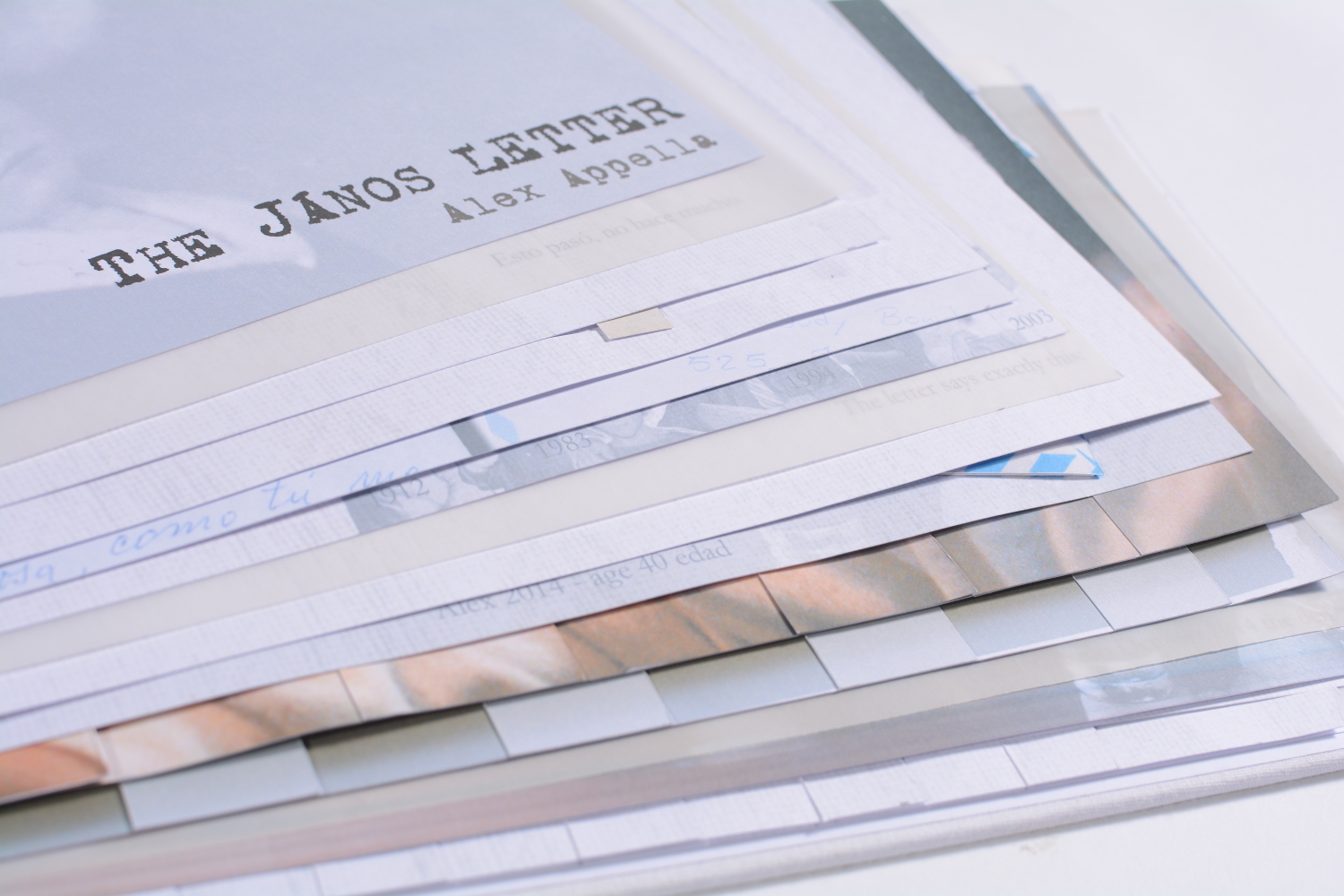 The János Letter tells the true story of the arrival of an extraordinary letter through 11 digitally produced collages and hand woven pages.

The large format pages encompass the reader in a journey across time, continents, and realms.
Text intertwined with digitally produced collages enhance the reader’s interpretation.

The reader experiences the letter as the author did. The János Letter is a bilingual production
(Spanish/English). Both languages are of equal importance throughout the entire book.

The woven pages carry the reader through the experience of interlacing the arrival of János’ letter
into the first book that told of him and his decision to reveal our identity (The János Book). The
woven pages also provide a context for interlacing the timelessness of the letter’s conception, and
its eventual arrival to author’s doorstep, 30 years later.

For over a decade I researched, wrote, and created The János Book. It is the project that brought me
to Argentina originally in 1994, to speak with János, my grandfather’s brother. János was the only
elder living who could answer questions that arose in our home in the US after going through my
deceased grandfather’s boxes of photos and letters. The János Book is a limited edition artist’s book
that began in 2006. It tells of János, and of his decision to reveal our family’s identity despite
generations of secrecy. Once the book came to life, I felt certain I had explored all there was to share
about János and our family’s journey.
I felt certain of that until May of 2014, when I received a letter in the mail.
From János.
He wrote it to me in 1983, and due to a string of incredible events, as only real life can offer us, the
letter appeared for the first time on my doorstep last May.
János passed away in 2003.
The letter János wrote to me is a prologue. The letter is an epilogue.
The letter is a turning point within a work I believed to be complete.
The letter, and its arrival, is too unbelievable to not share, so that readers may decide for themselves.
Creating The János Letter challenged me to design a work that could stand on its own, or integrate
seamlessly with its counterpart, The János Book.
Likewise, The János Letter challenges the reader to do something similar: to weave together the
inconceivable into a certainty one can either depend on, or question endlessly. As needed.