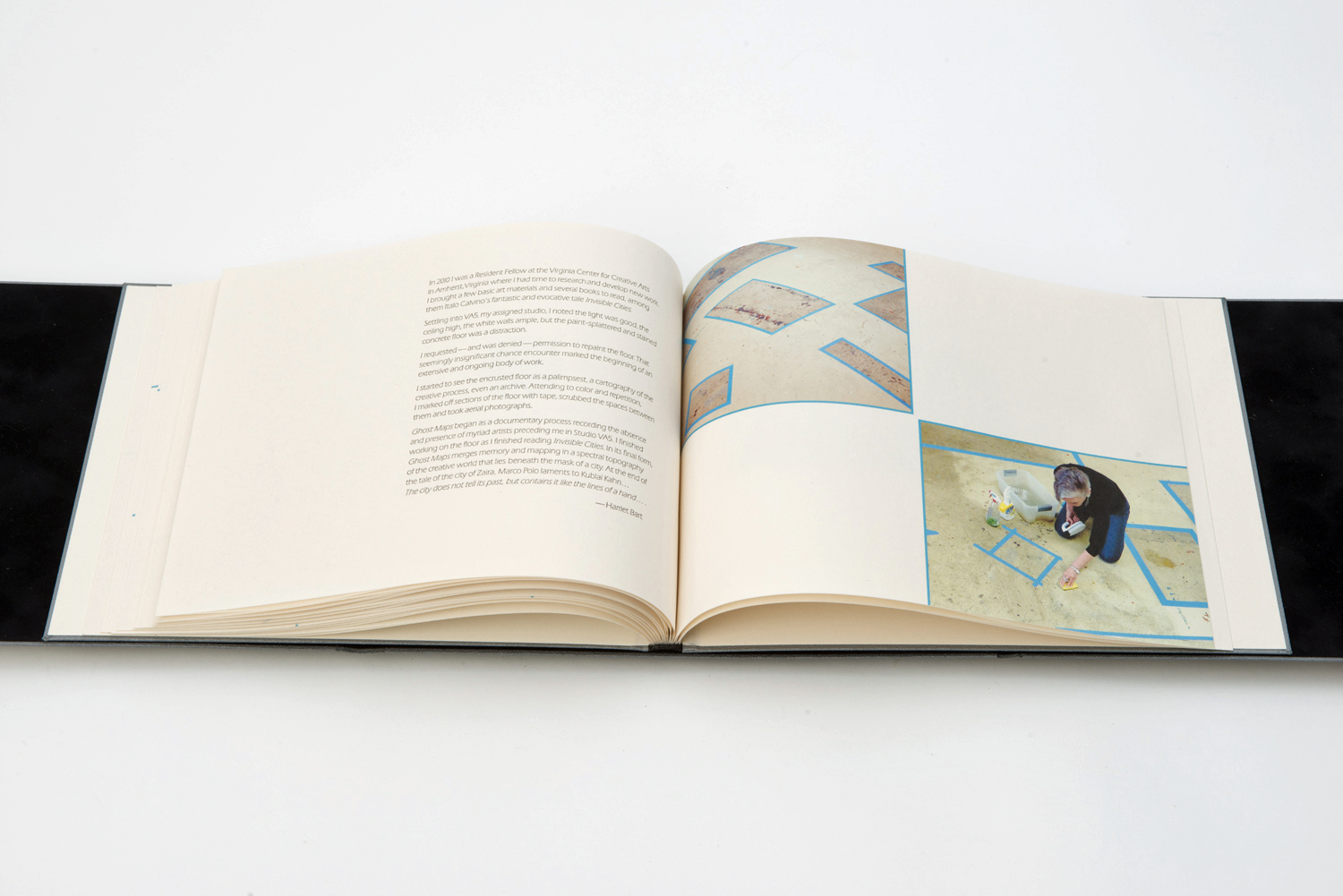 Chemise and closed view of book.

In 2010 I was a Resident Fellow at the Virginia Center for creative Arts in Amherst, Virginia where I had time to research, and develop new work. I brought a few basic art materials and several books to read, among them Italo Calvino’s fantastic and evocative tale Invisible Cities.

Settling into VA5, my assigned studio, I noted the light was good, the ceiling high, the white walls ample, but the paint-splattered and stained concrete floor was a distraction.

I requested-and was denied-permission to repaint the floor. That seemingly insignificant chance encounter marked the beginning of a series of new projects.

I started to see the encrusted floor as a palimpsest, a cartography of the creative process, even an archive. Attending to color and repetition, I marked off sections of the floor with tape, scrubber the spaces between them and took aerial photographs.

Ghost Maps began as a documentary process recording the absence and presence of myriad artists preceding me in Studio VA5. I finished working on the floor as I finished reading Invisible Cities. In its final form, Ghost Maps merges memory with mapping, as it suggests a topography of the creative world that lies beneath the mask of a city. At the end of the tale of the city of Zaira, Marco Polo laments to Kublai Kahn… The city does not tell its past, but contains it like the lines of a hand…