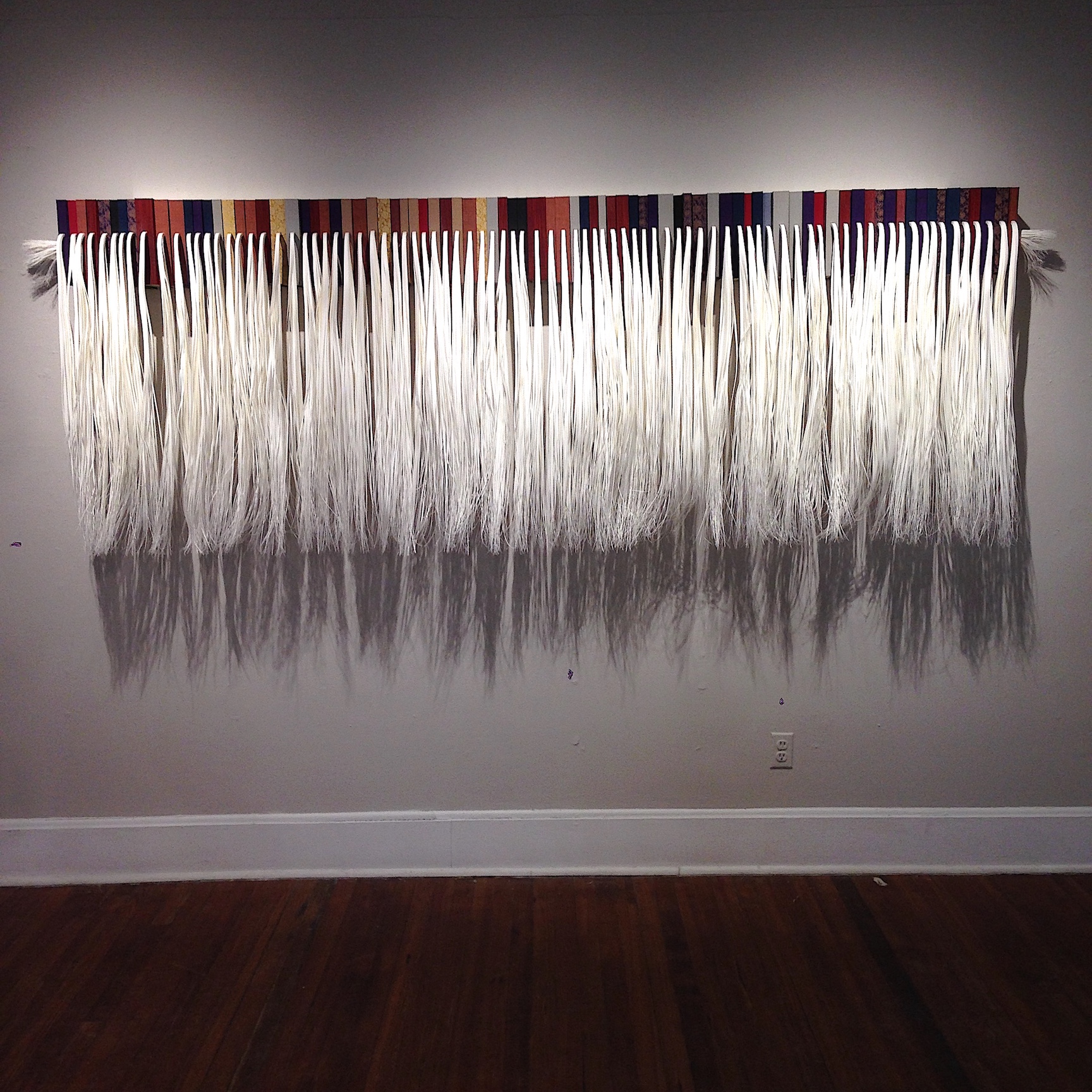 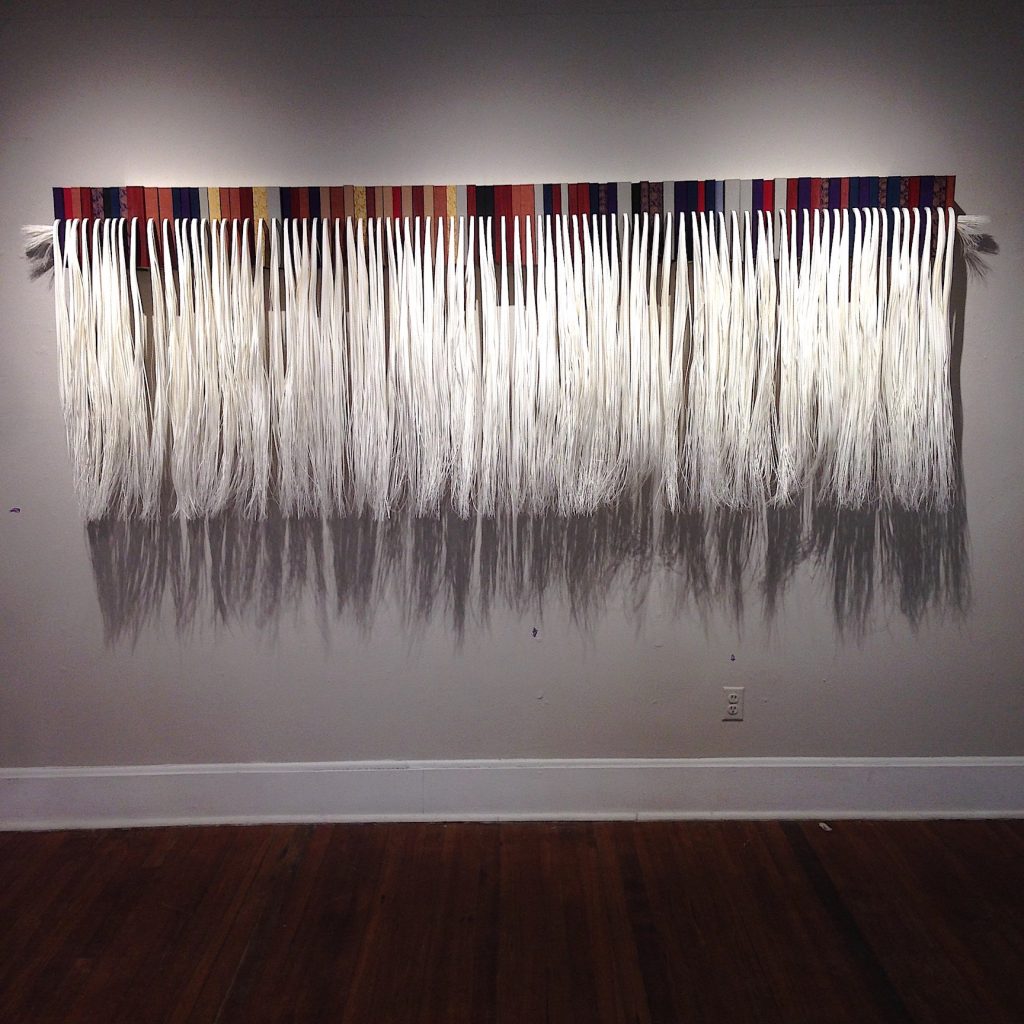 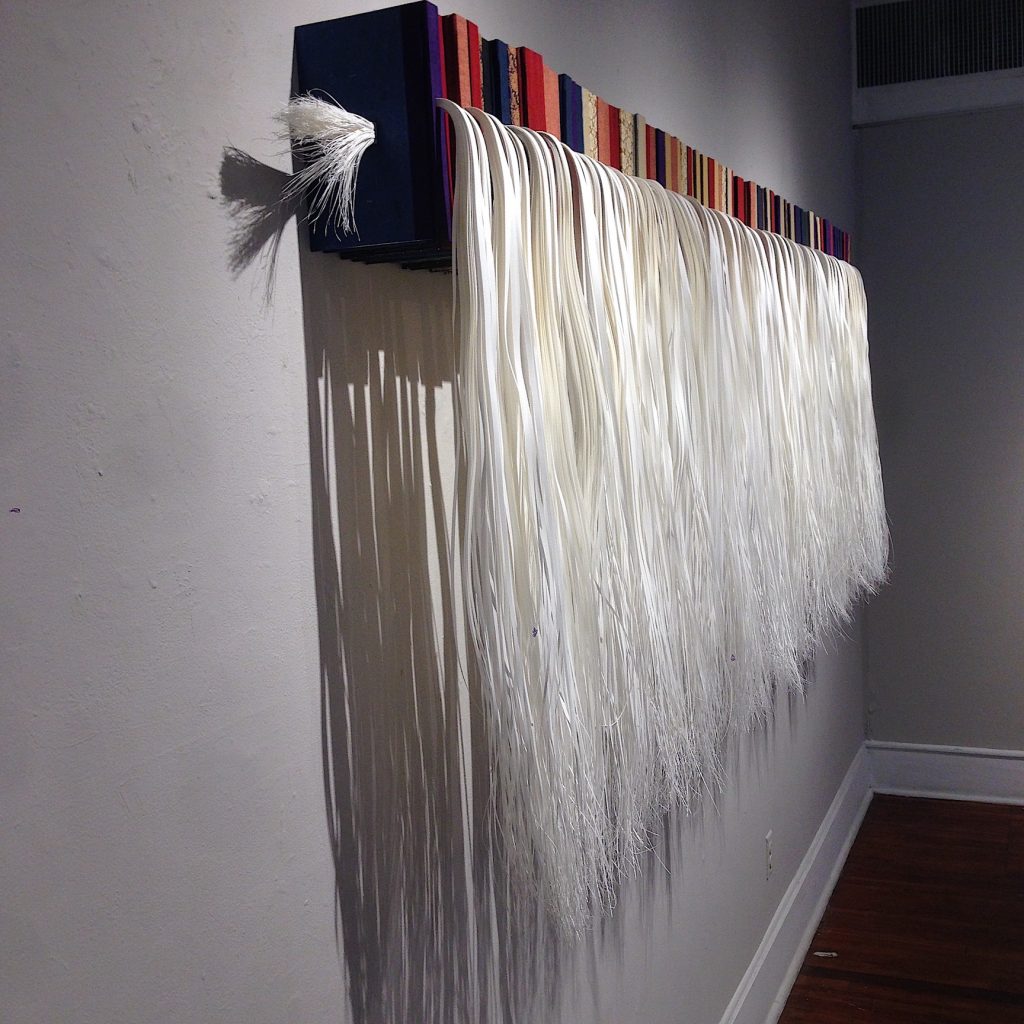 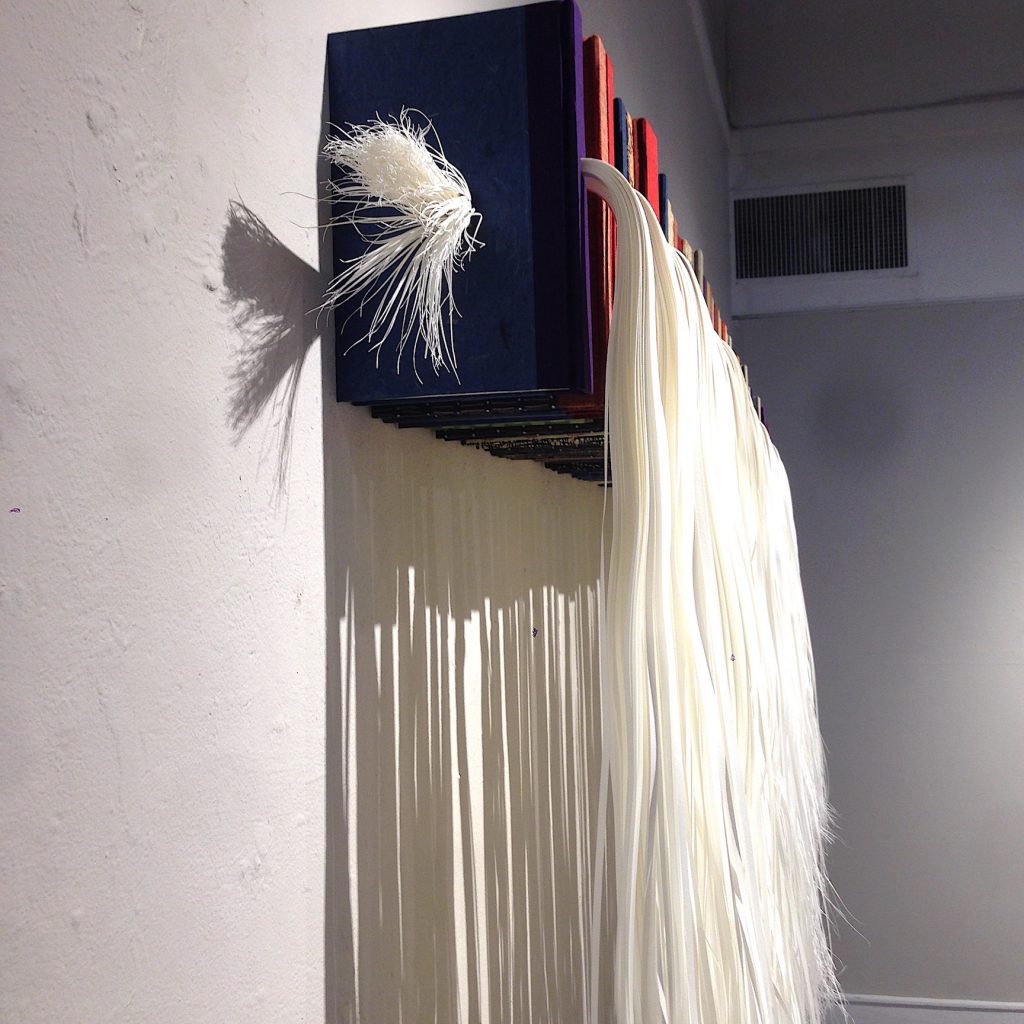 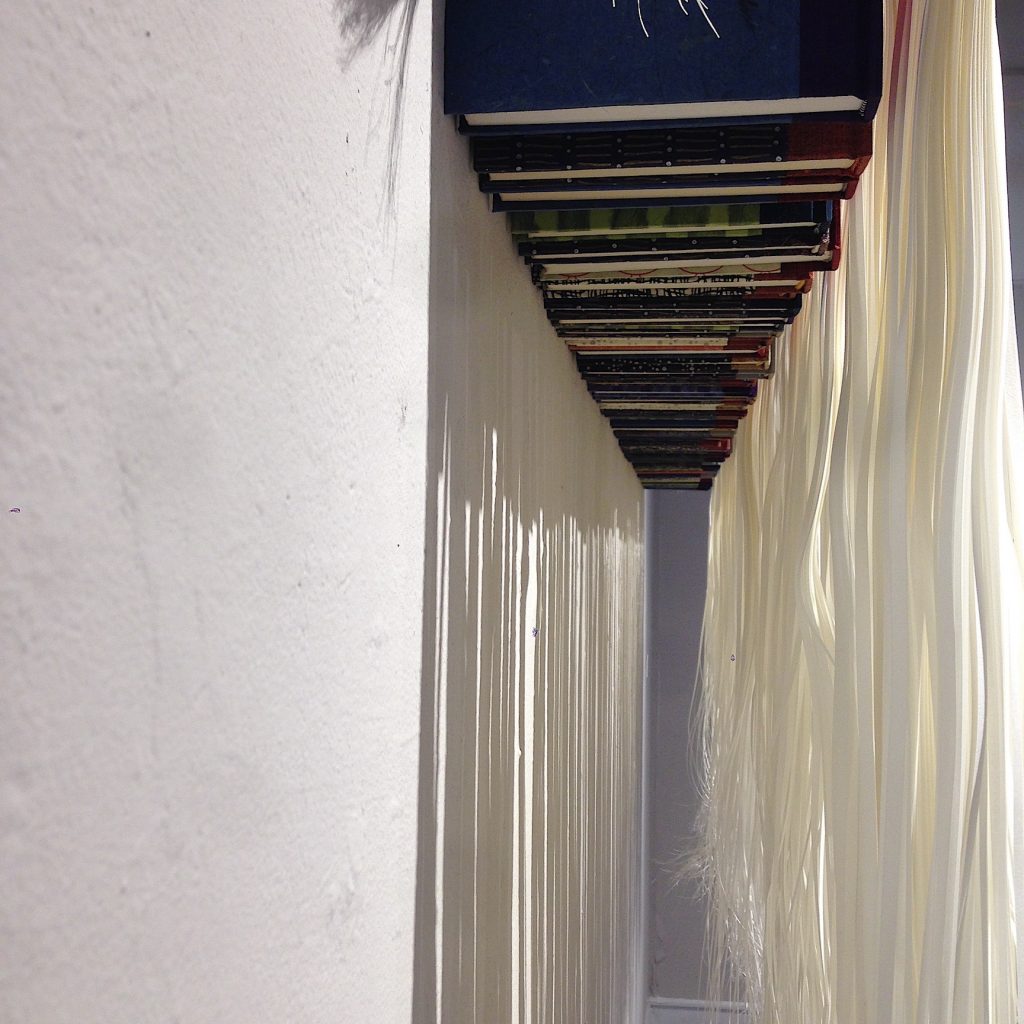 154 Ripples: icicle was made to fill a particular space and fill it in an extremely short period of time. While I had used existing books before to make my sculptural pieces, I had not used so many in a single work. Most of the time I make my own books from virgin paper, cutting blanks and then cutting shapes into the pages before collating the pages and binding them into volumes that are then joined together into a sculpture.

In this case, I wanted the speed of manufacture, a randomness of size and coloration of paper, and a low-cost way to make a piece within a tight budget. Since the making of this piece I have used altered volumes frequently, often combining altered books with newly made books. The old volumes have little interior cutting while the new ones can have very detailed interior work.

All of the pieces in this Ripples series address water and it’s forms, it’s effects on other things, and man-made structures that deal with water. The number of volumes used in a piece, how they relate to each other, what, if any, projections are included in the volumes, and what interior manifestations are visible all go into describing what particular water reference is being made.

When using altered books, I first strip off the existing covers and make new ones so that the coloration is under my control and I have the ability to add projecting paper shapes into the spine of front and back covers. It also allows me to make engineering decisions so that the way the parts attach either to each other or to a wall bracket can be made invisible. Very few of the newest pieces can be opened, there isn’t anything inside to be seen anyway.

When I do have interior activity, it consists of many thousands of small cuts creating tiny spines, loops, frames that are filled with gel acetates, mirror covered bottoms so that some light reaches into the small recesses inside, or areas where other small shapes can be floated on threads. The pieces frequently do open, but only a little and usually just the cover.

154 Ripples: icicle has created another turning point in my work. Having to make a piece to fill a particular space made me re-think how I create and structure a block of books. It has led me envision much larger works, works that can take up an entire room or ceiling, an entire gallery or even the largest space I can find. Without having had to make this particular piece I would have felt limited to a tabletop size for much longer.