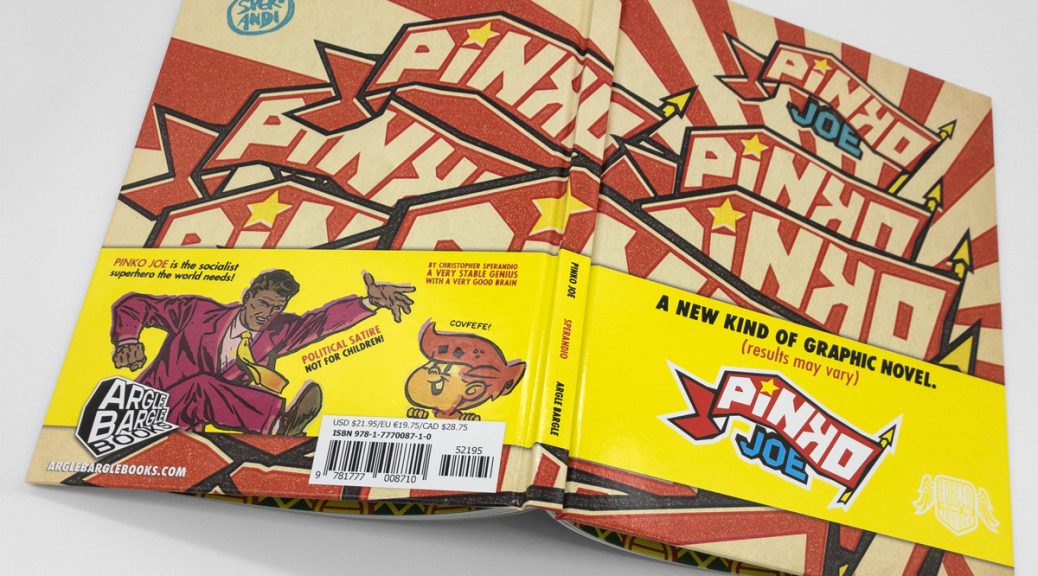 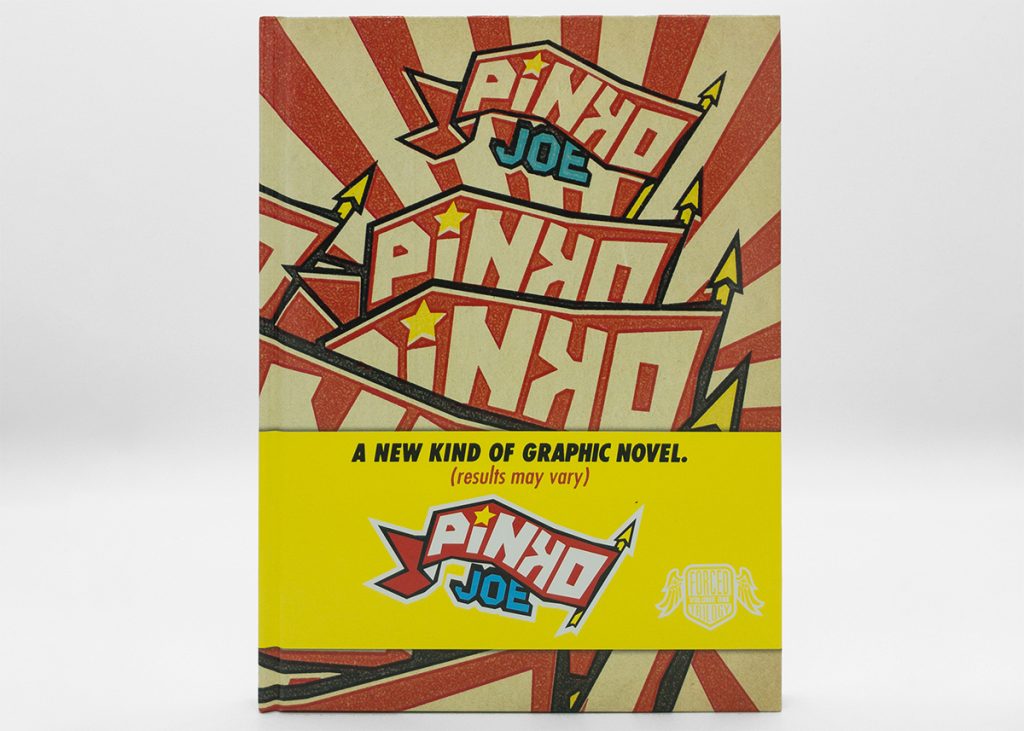 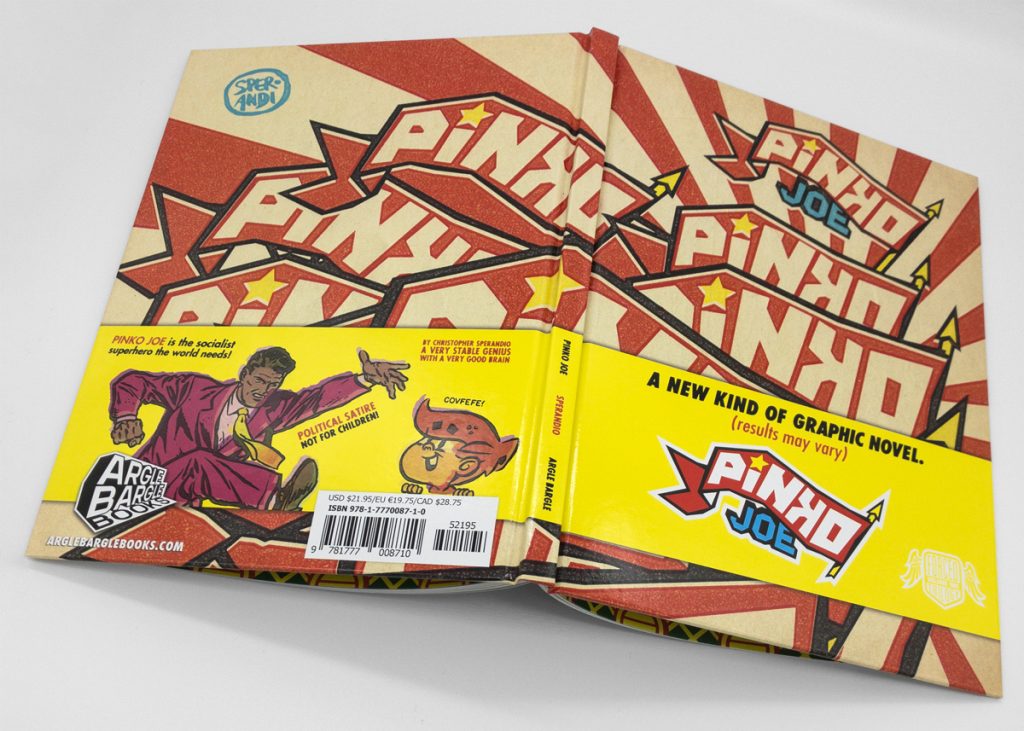 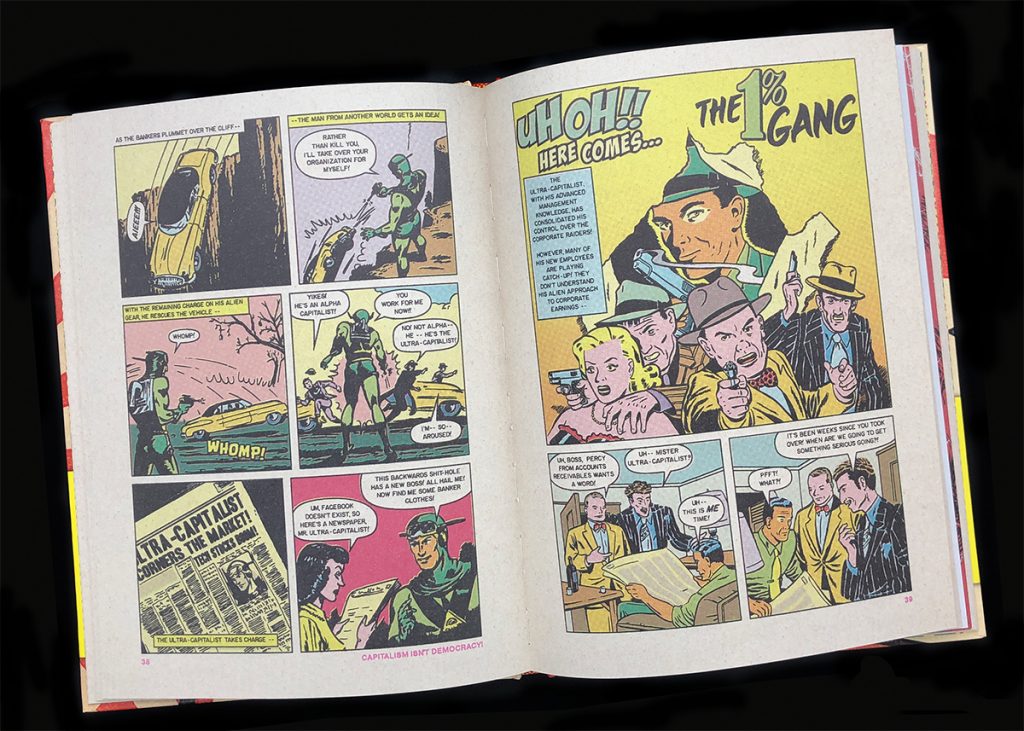 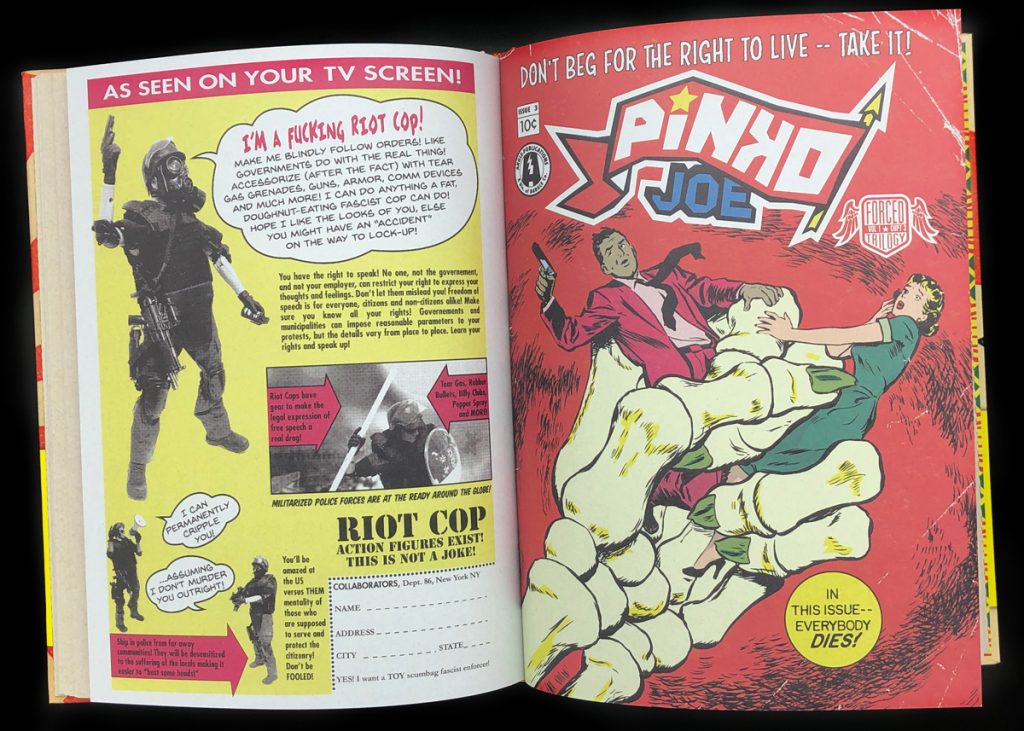 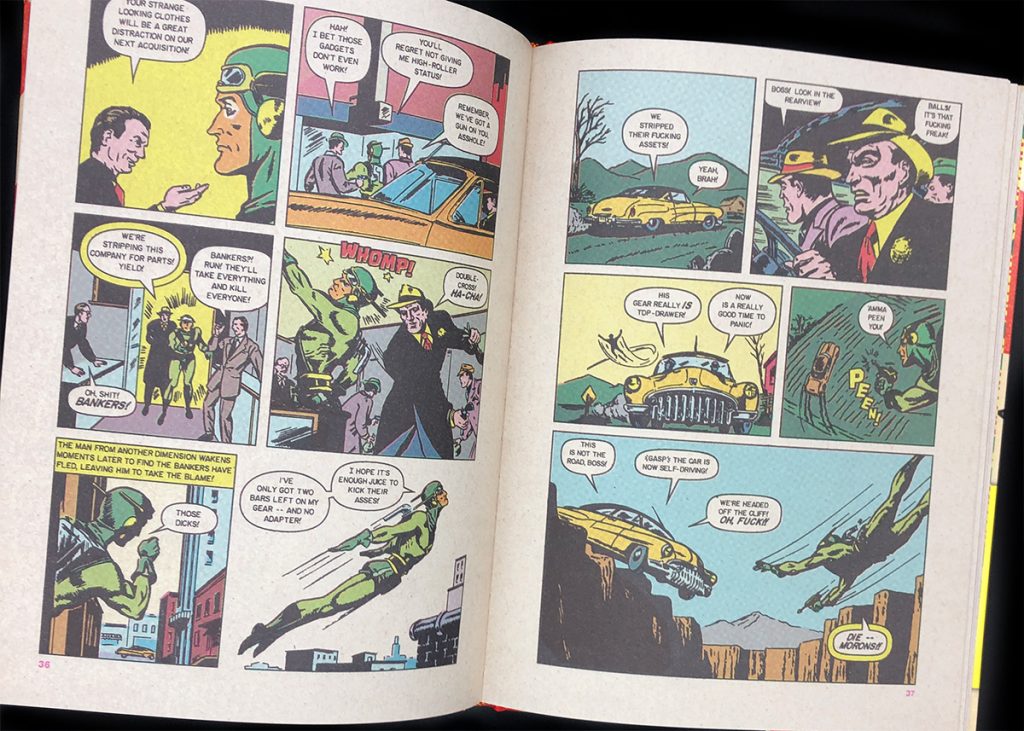 A New Super Hero / Activist Crusader Arrives in May—Not a Minute too Soon!!

Houston-based artist and comics maven Christopher Sperandio will unveil a new super anti-hero and a whole new method of graphic storytelling in April 2020.

PINKO JOE is a troubled anti-hero wage-slave from another planet who battles to save earthlings from gun-toting corporate raiders and out-of-control oligarchs. His is a timely tale, which Sperandio tells by patching together and re-inking original pages from old public domain comics.

“It came to me that ‘50 comics were perfectly suited to the true crime story of today–the seemingly inexorable destruction of our democracy by vested corporate interests. So, once I had my subject, I combed through thousands and thousands of issues, selecting pages from disparate genres–crime, science fiction, horror and romance—and linked them together visually,” said Sperandio.

“Once the remix fell into place, I wrote new dialogue and re-inked all 96 pages. Although my own hand is evident, I’vebasically been able to tell a whole new story in comics form without making new layouts and characters.”

“It was a hellishly painstaking production process, actually,” concludes the artist, “but it allowed me to reflect on present-day perils while honoring the history of comics—and indulging my love of cursing. A trifecta!”

The casebound cover for PINKO JOE bundles floppy, news print-like pages into three 32-page chapters. And, what’s more, this comic for the 99% is only the first installment in a forthcoming trilogy: volume two is entitled GREENIE JOSEPHINIE and volume three, RED WHITE AND U BLEW IT ALL 2 HELL.

In making PINKO JOE, Christopher Sperandio intentionally references the assembly-line nature of comic production in the heyday of the ‘50s, when a writer would write dialogue, one artist would pencil, and another artist would ink.

Sperandio set rules for himself: he tried to use complete stories and he interfered as little as possible with his found material. He adhered to a period-specific color palette of 64 colors and even rather insanely strove to reproduce the poor printing quality achieved so effortlessly back in the day. He lettered pages on computer in a font he made himself from an original Leroy lettering template, the same kind used to letter EC Comics in the ‘50s and ‘60s.

Aware that he was giving the too-little-known artists of yore no option but to collaborate with him, Sperandio has entitled hisforthcoming trio of books the Forced Collaboration Trilogy, and in PINKO JOE acknowledges such masters as Lin Streeter, Fred Guardineer, Ralph Mayo, Alex Schomburg, Louis Zansky, Leonard Starr, Jerry Siegel, Murphy Anderson, and Jim McLaughlin.

In the ‘60s, an artist movement in France known as the Situationist International modified comics via collage techniques tocriticize the French government. Called détournement, or hi-jacking, these re-workings have a parallel in today’s mainstream comics, where an artist will `borrow’ a page or a panel from another artist in an act dubbed swiping or employ another form of remix described as pastiche. (Two words, nerds: Squadron Supreme!)

Christopher Sperandio has produced 22 comics books as artworks, including Modern Masters for the Museum of Modern Art (2012) since putting himself through college working as a truck driver. He is currently a professor of drawing and painting at Rice University, Houston, TX, where he founded the Comic Art Teaching and Study Workshop (CATS). He has written widely on art for newspapers and magazines, as well as publications. PINKO JOE is his first solo graphic novel.