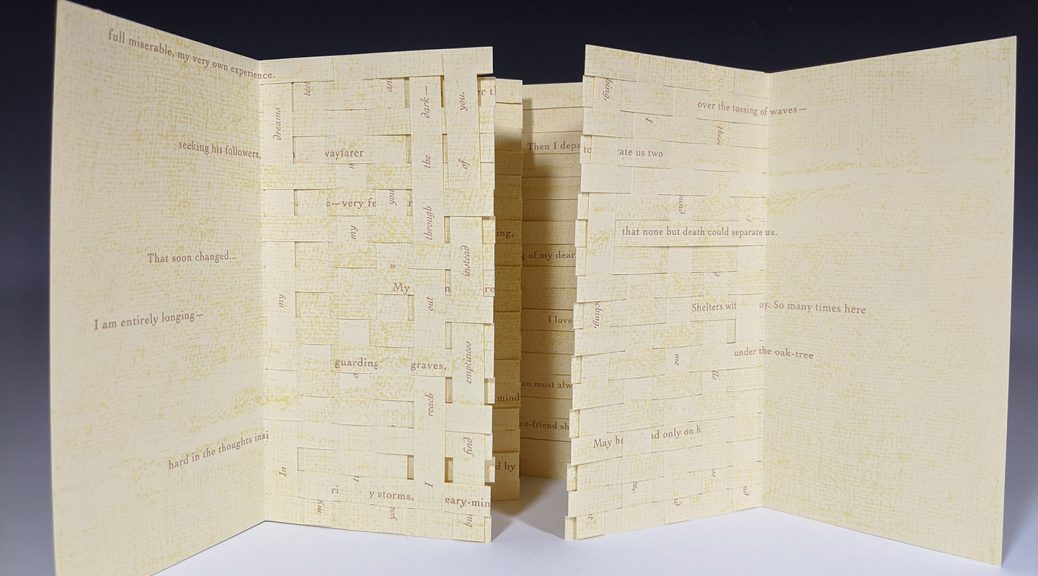 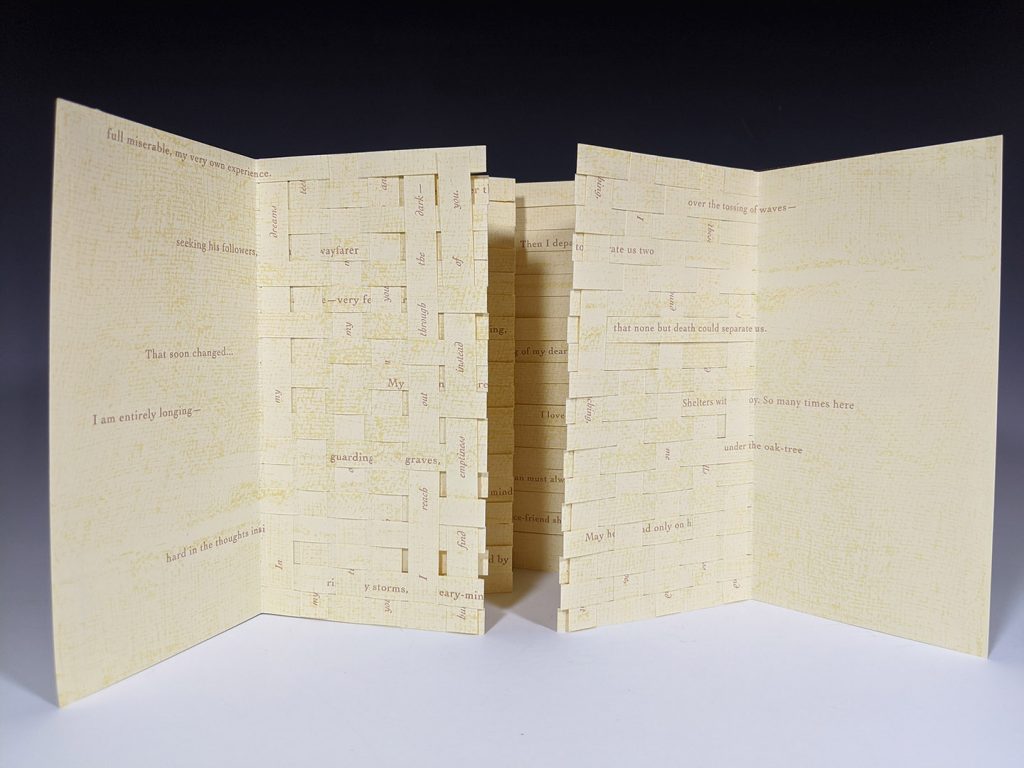 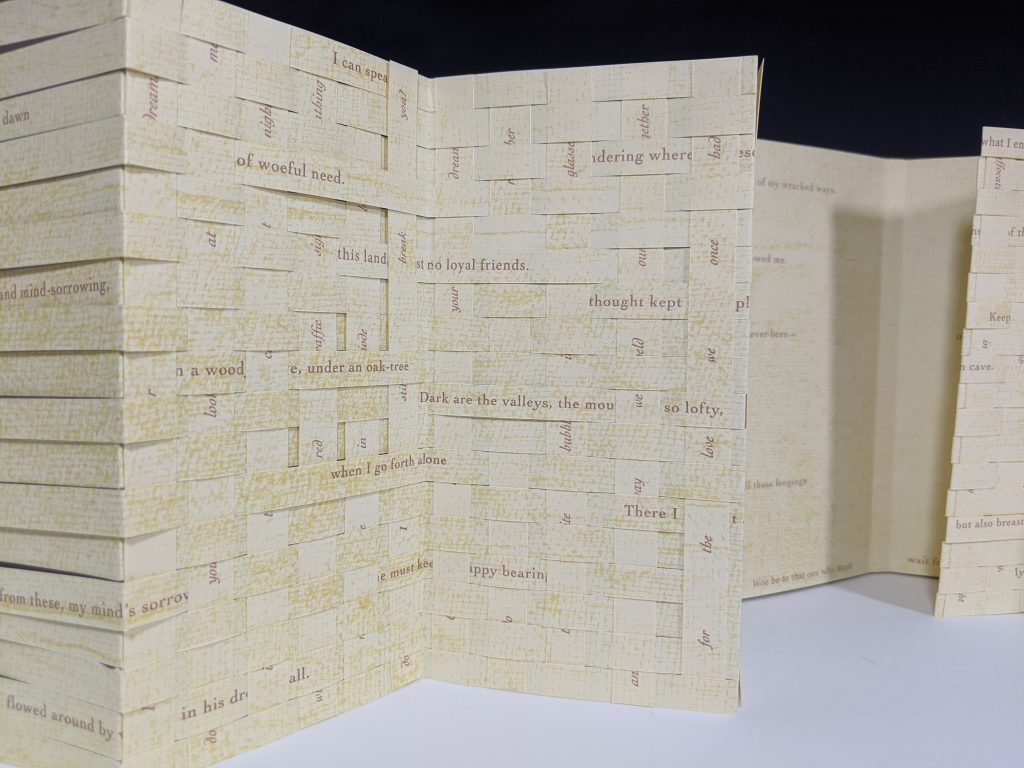 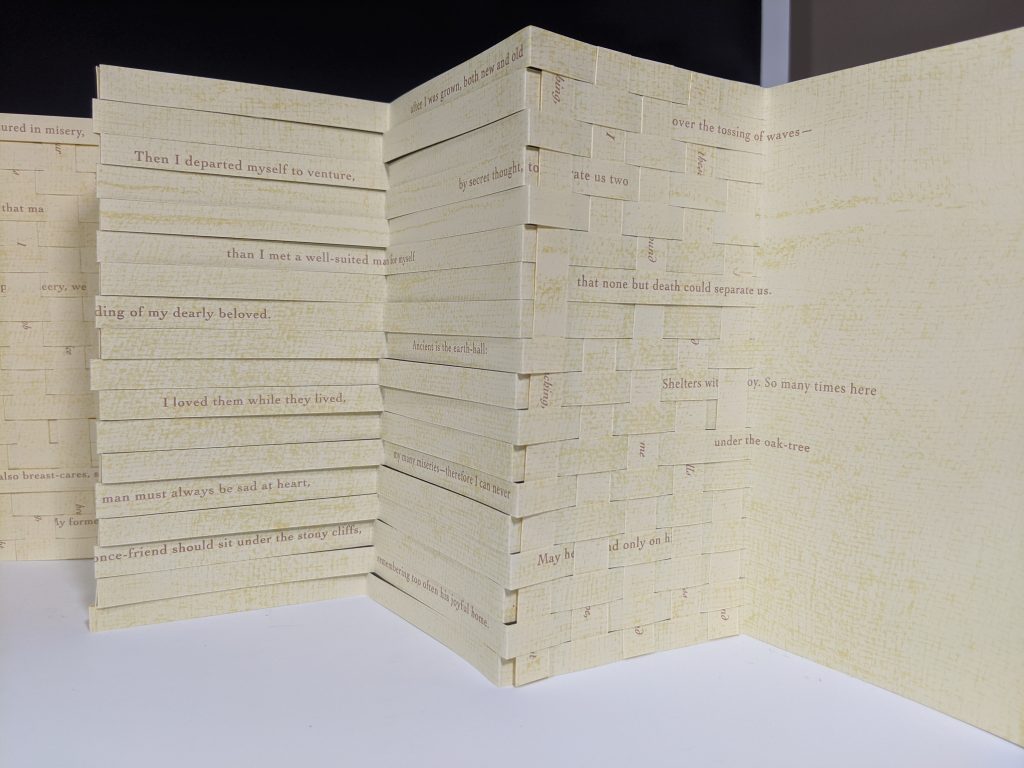 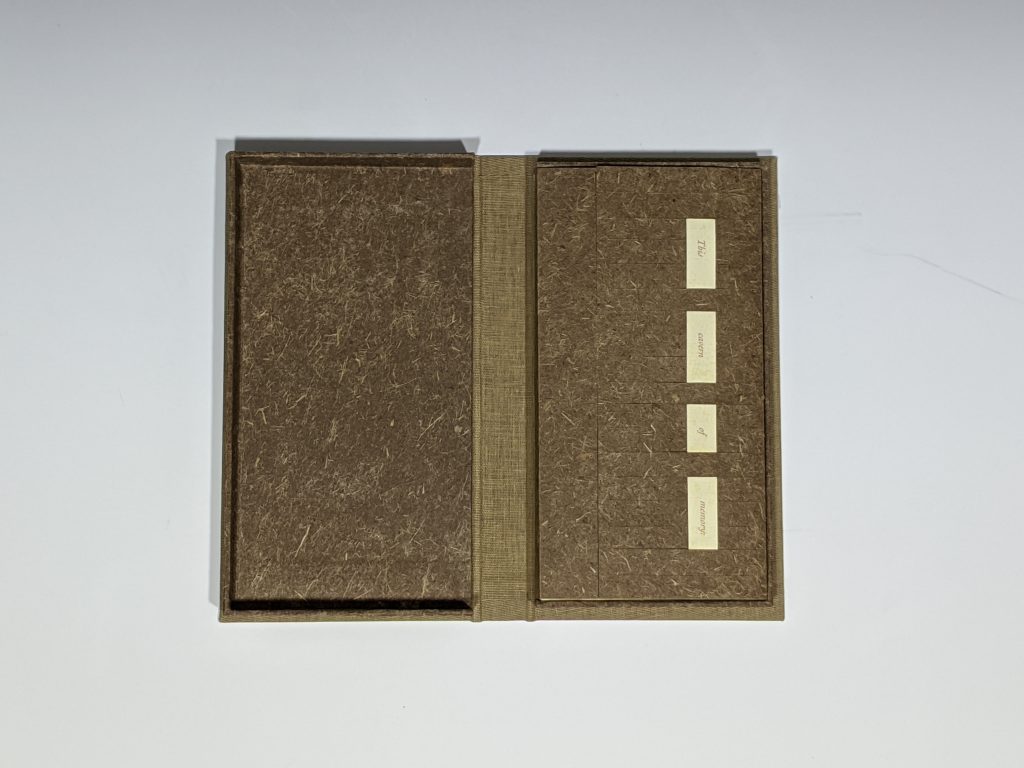 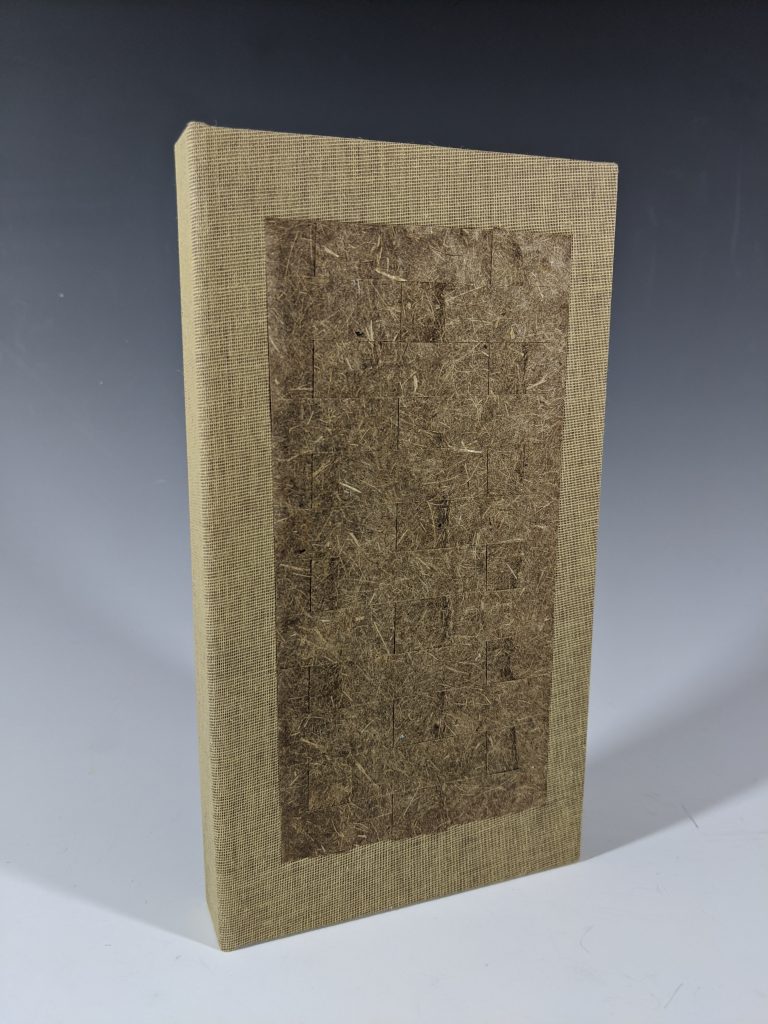 Cavern of Memory is a letterpress printed artist book in an edition of 30. It is a woven accordion structure with a handmade paper cover, housed in a clamshell box with a woven handmade paper inset on the cover.

The inspiration for this book came from my studies in medieval literature during my undergraduate career. The Anglo-Saxon poem entitled “The Wife’s Lament” makes up the horizontal text of the book, while my own poetry makes up the text found on the woven vertical strips. The poem resonated with me initially because of the beauty of the language, in addition to the universal themes touched upon so eloquently in the verse. A rarity in the Anglo-Saxon tradition, the poem is one of the only works attributed to a woman. The poem deals with themes of love and loss, isolation, grief, and longing. I knew I had to work with it for this project, but the problem was how I would express these themes and the powerful way it has affected me all these years. As a writer myself, I first planned to pen a direct response to the poem. The mingling of the anonymous woman’s voice and mine, and the interaction of the two texts on the page, would be central to the experience of my book. However, despite my efforts, this direct response just wasn’t working. I couldn’t figure out why, and I was frustrated and discouraged. Finally, I realized that I didn’t need to try to force a dialogue between me and this woman of the distant past; my poetry already spoke to the same themes as the work from thousands of years ago. It was an exciting discovery that inspired the woven structure of the book. The visual connection between the texts with weaving was more than enough to achieve the mingling of voices that I wanted. To keep with the weaving theme, I printed a fabric texture in the background, with the text overlayed in a strategic pattern. The vertical woven strips remain un-tipped to the accordion, giving a distinct feeling of fragility that speaks to the ethereal connection felt between myself, the viewer/reader, and this anonymous woman from long ago. Through this book, our two voices speak together through the distance of time and place in a way which might alleviate the pain of isolation and loss so integral to the human experience.