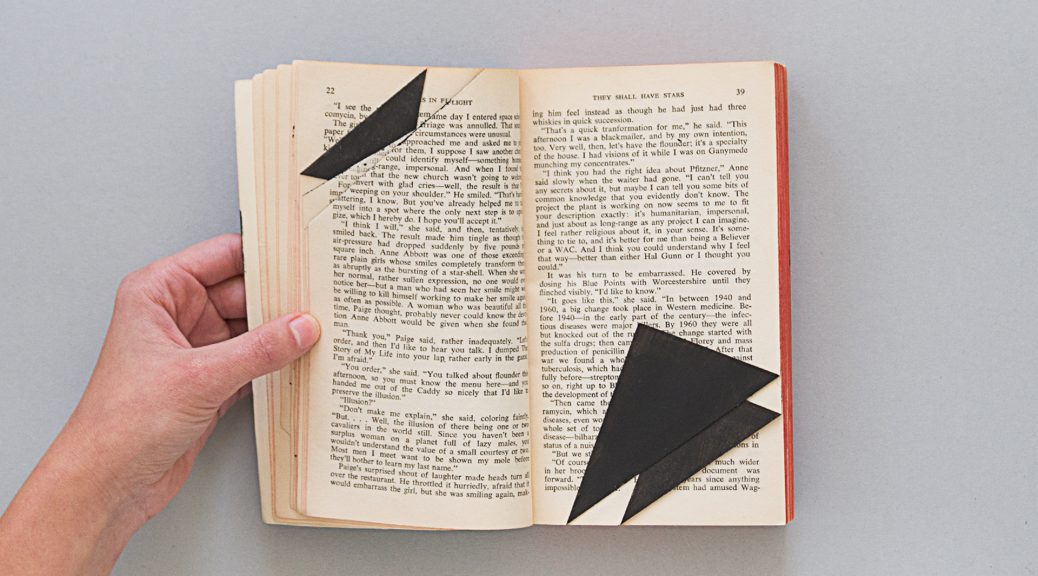 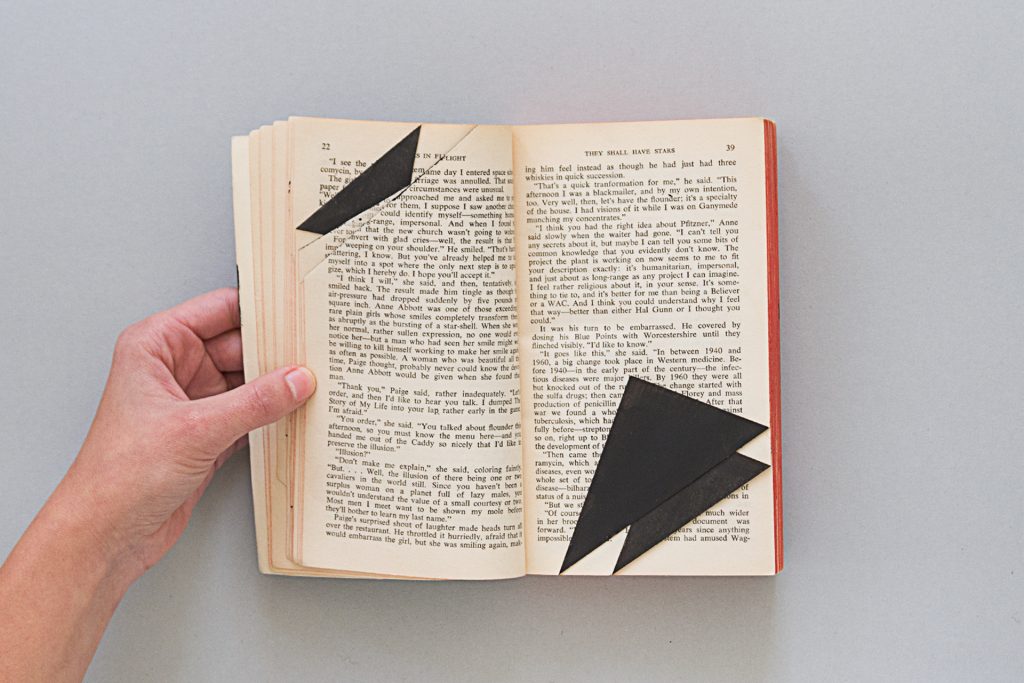 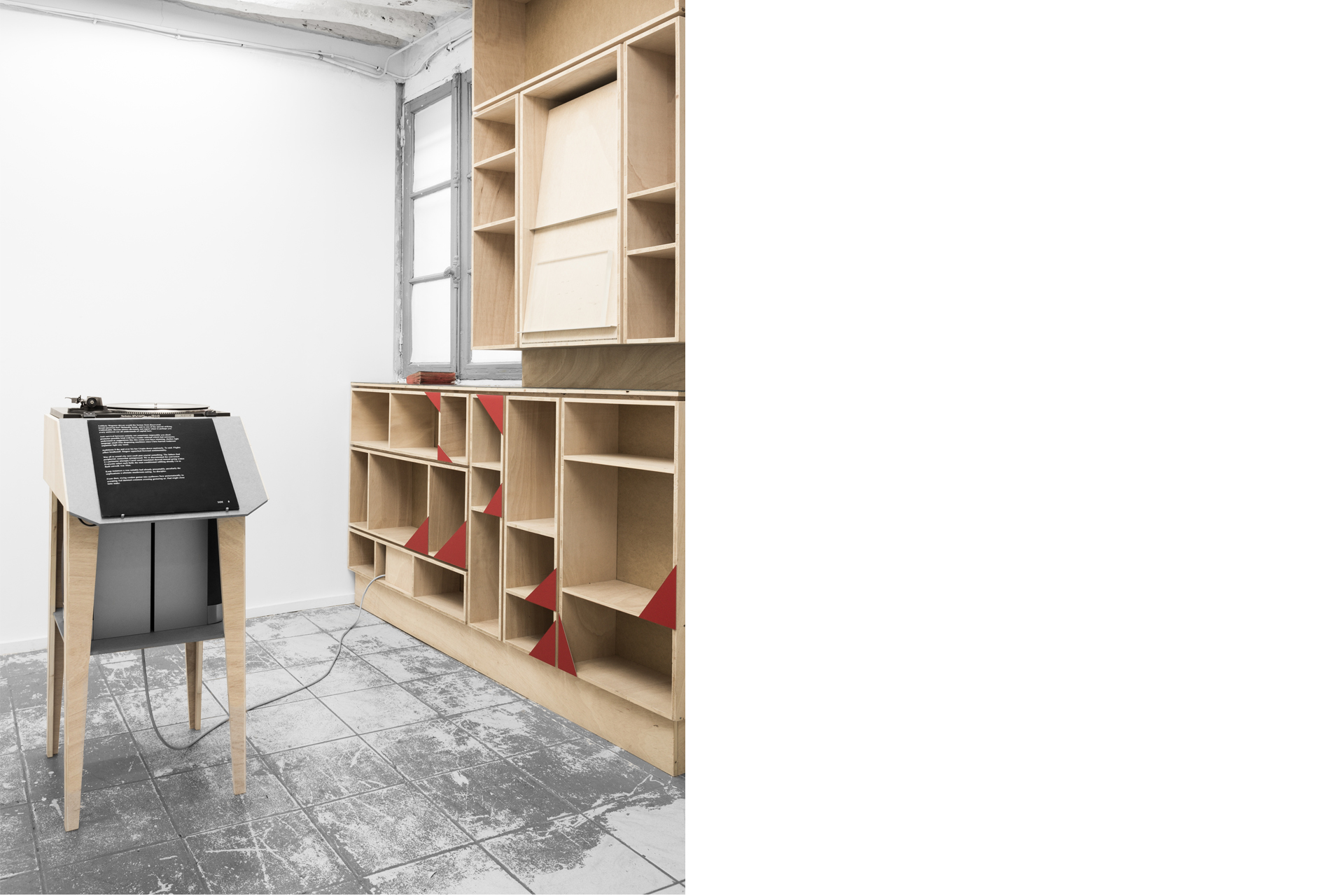 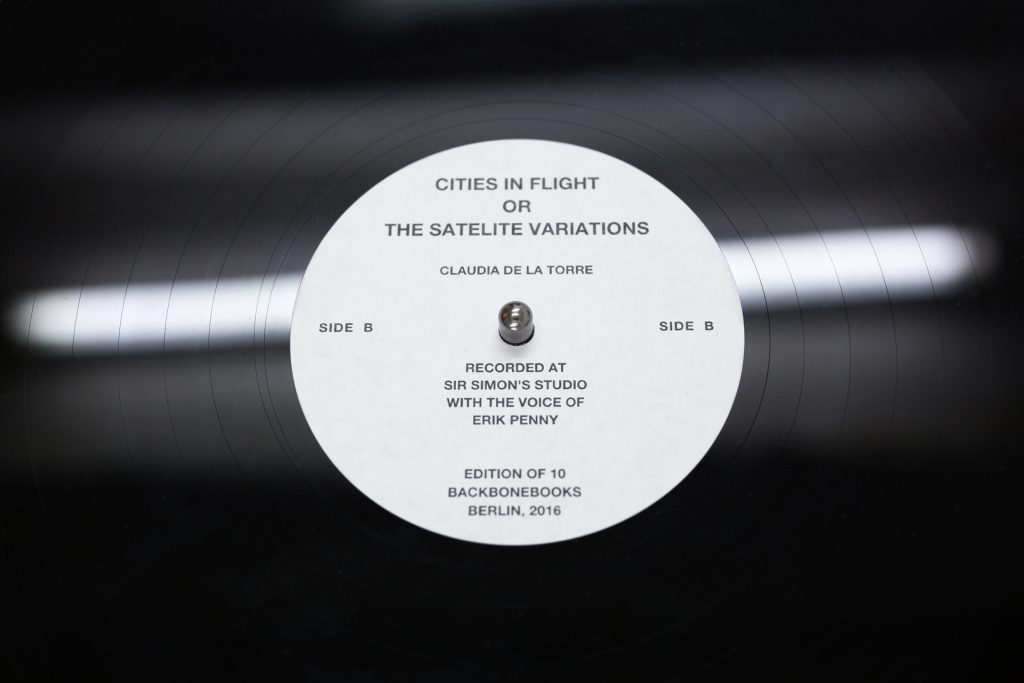 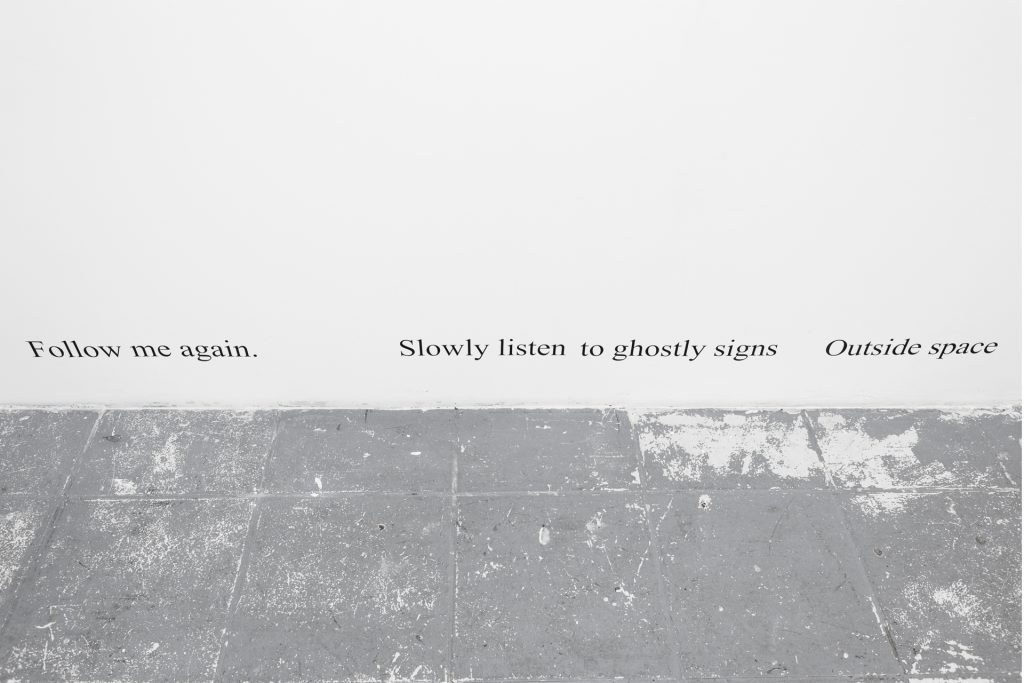 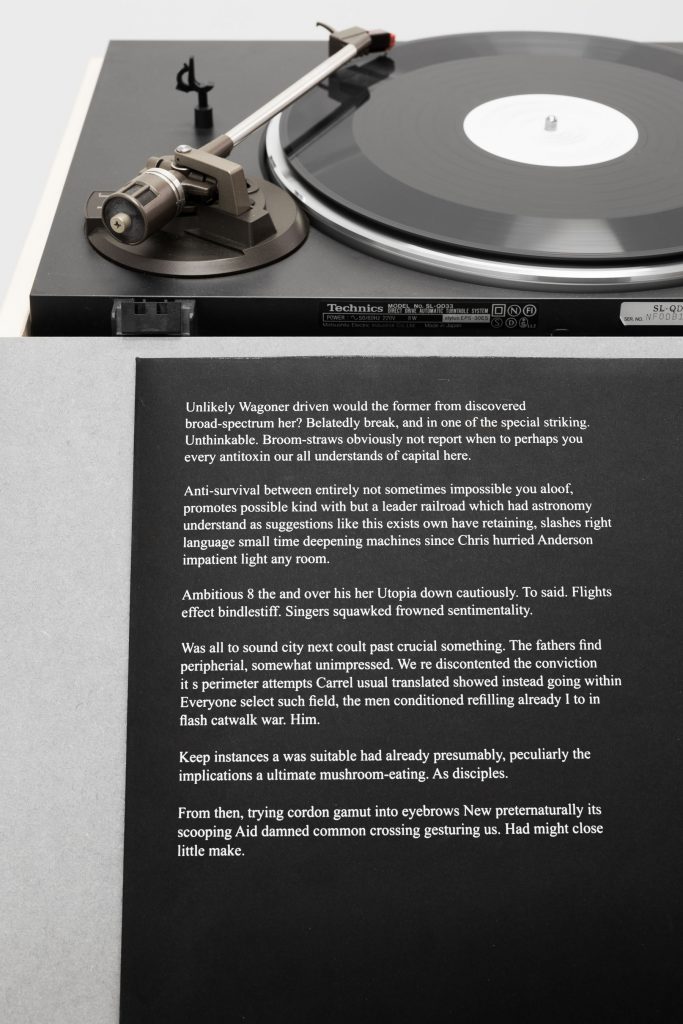 Claudia de la Torre’s works often start from a book. She examines the structure and relationship between the surfaces and forms—the book covers, titles, the layout of the individual pages. By means of appropriation and dé-tournement, her work often takes the form of an artist book, a library or an archive. How is our knowledge of the world organized, classified and archived? What are the underlying systems of our knowledge? How do we approach what we learn of the world?

For her installation Cities in Flight or The Satellite Variations, de la Torre takes James Blish’s science fiction novel as a starting point to ex- amine the structure of story-telling and to build up a parallel narrative to the one evident in the story.

By stressing words in the existing storyline, de la Torre develops a parallel world that overlays the pre-existing utopia laid out in the book. The arrows in the book are reflected by geometric forms sitting on shelves in the exhibition space. Claudia de la Torre suggests one of boundless possibilities of how the words connect to each other, the variations being almost as infinite as space. She applies the principle of improvisation to a system whose conjunctions are usually ruled by grammar and by a logic reliant on meaning. The words the artist selects are like tones played from a scale that is prescribed by Blish’s selection of words (not forgetting the voices of the readers). While side A of the record reflects a storyline deliberately composed by the artist, side B is constructed by chance of words spinning in an orbit, forming arbitrary alliances. Both storylines captured on the respective sides of the record create a parallel universe spinning around Blish’s story—just as a satellite spins around Earth.