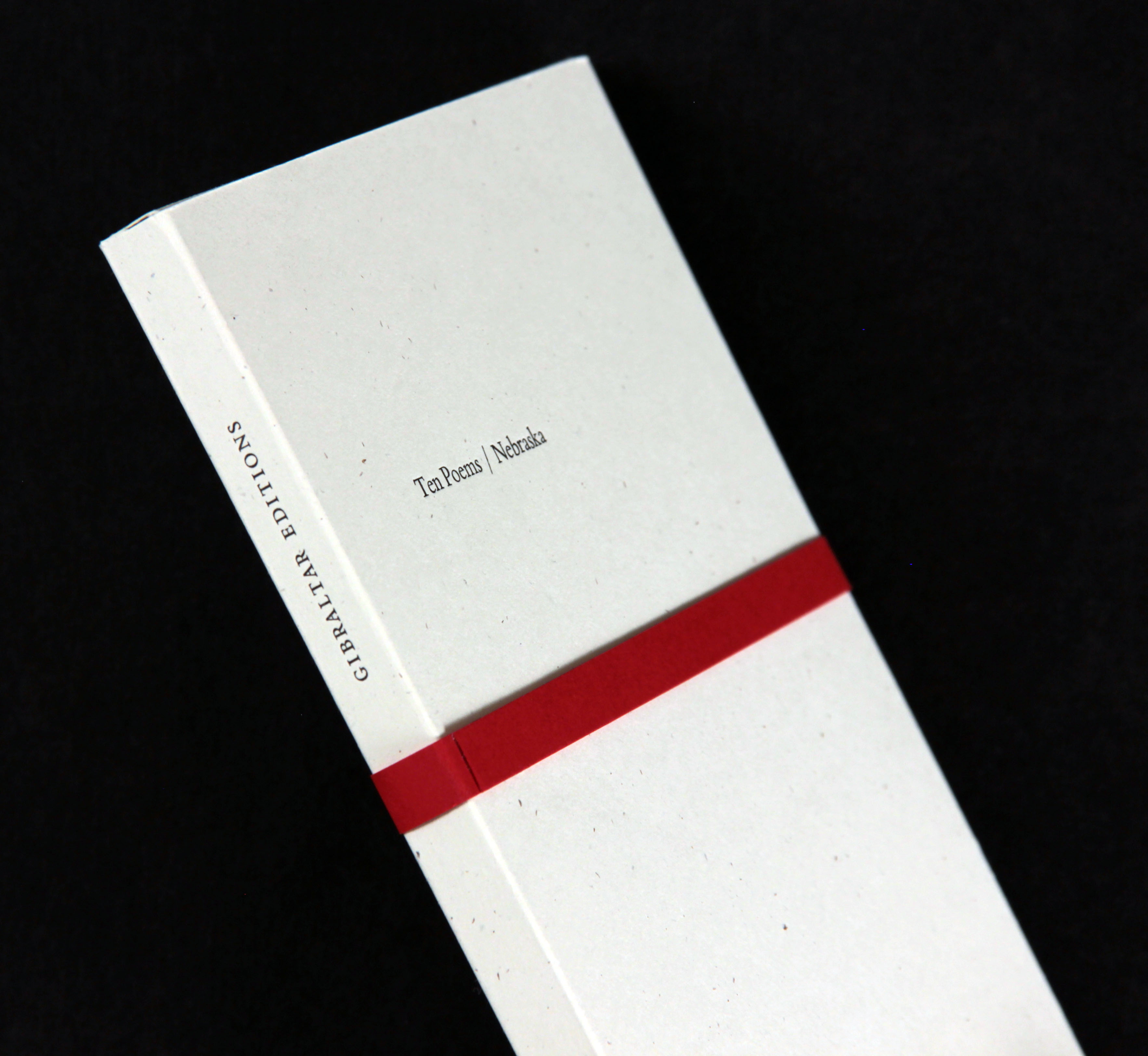 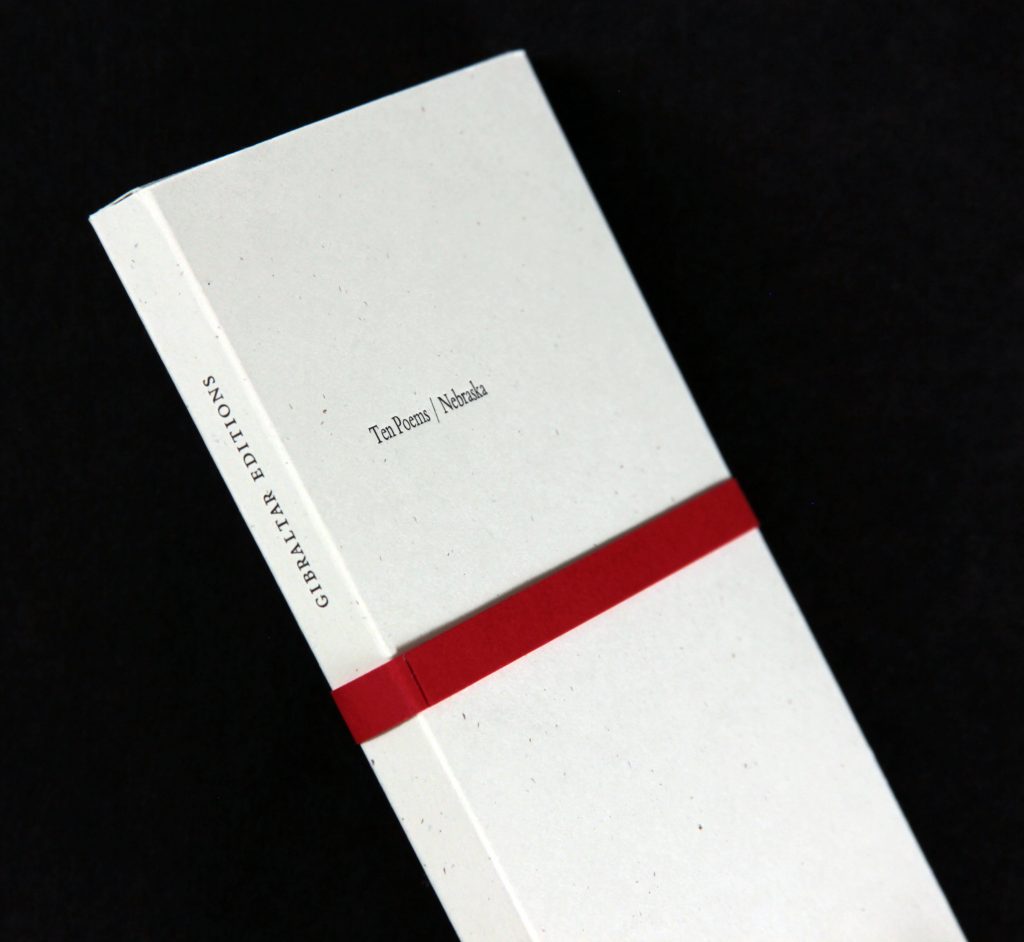 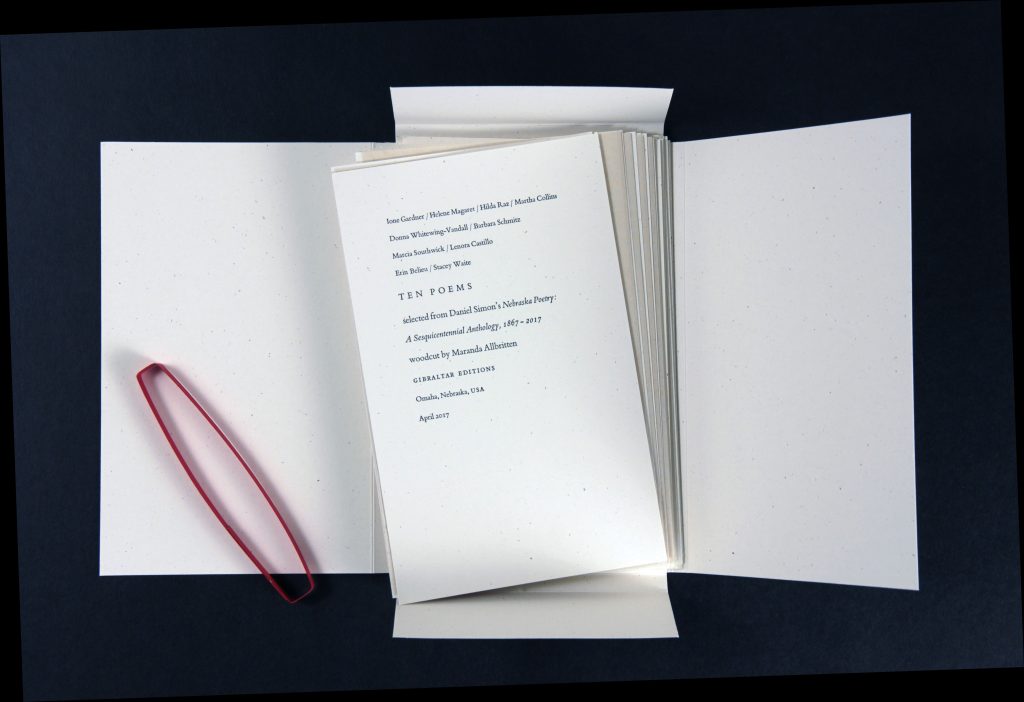 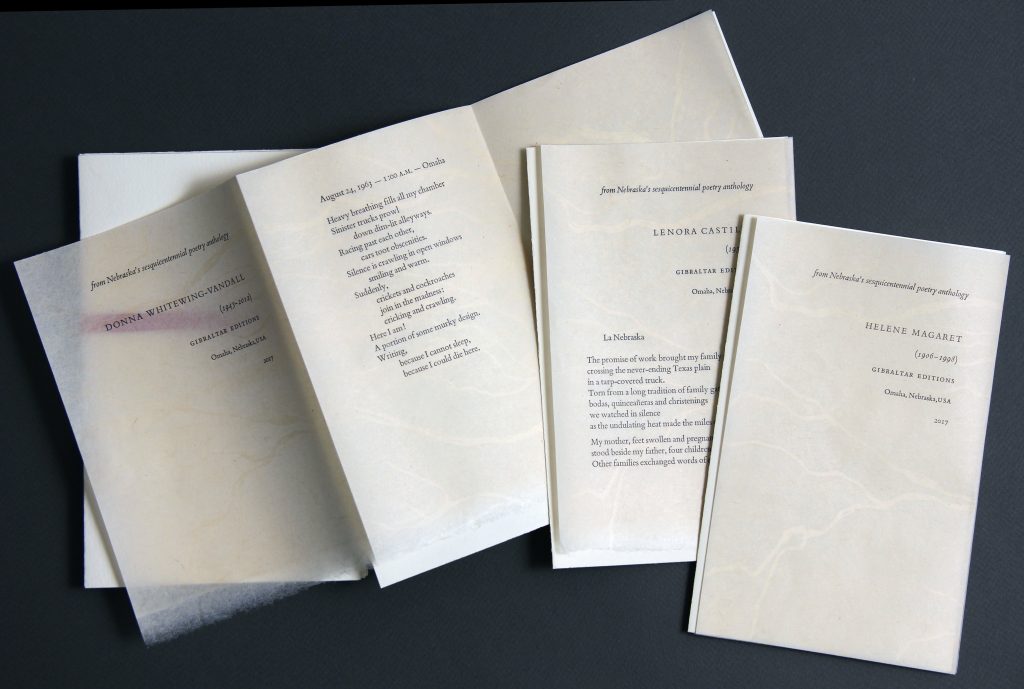 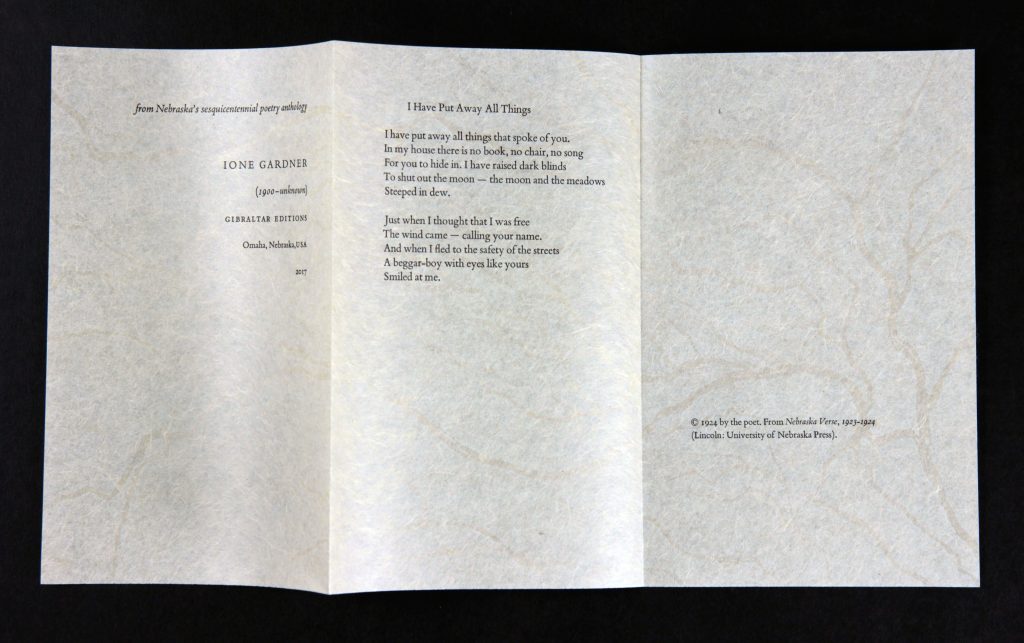 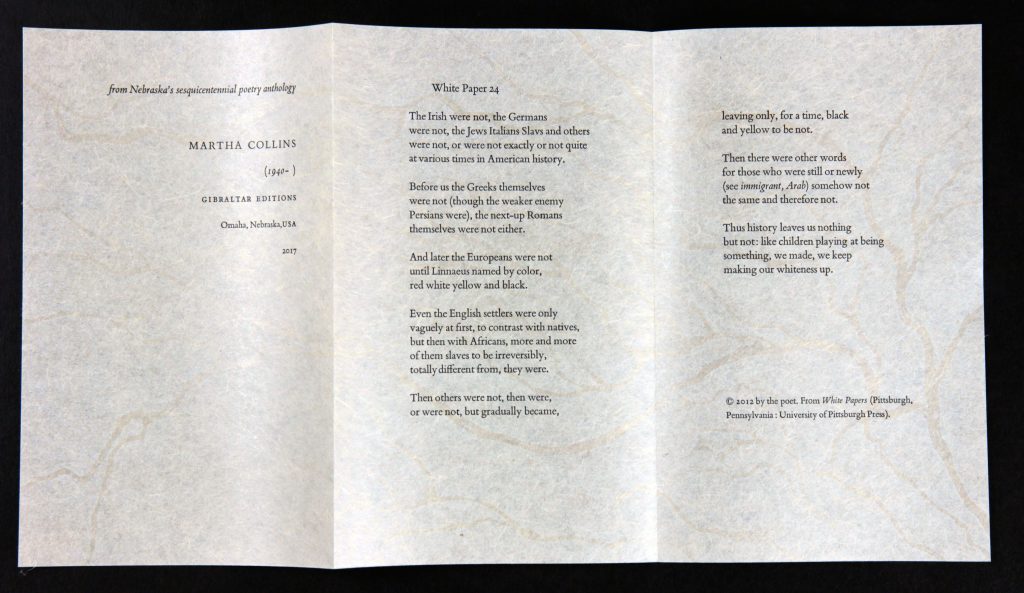 Denise Brady hand set the text and printed the poems and woodblock on a Vandercook No. 4. The type is Bembo (12 & 10 pt) and the paper is Hiromi Kitakata (33 g/m); wrappers and folded slipsheets are French Paper Co. Speckletone. Christine McGuigan and Devon Niebling assisted with typesetting. Woodcut by Maranda Allbritten.

Without a poem that speaks to me, that I want to share, I don’t find reason to pick up the sorts and put them in place, to spend time setting, designing, printing, and binding books. It is the desire to share poetry that motivates my work.

Editing this collection of poems was as engaging, challenging, and rewarding as was designing and creating the unbound book. Issued to celebrate the 150th anniversary of Nebraska’s statehood, these poems were selected from Daniel Simon’s, Nebraska Poetry: A Sesquicentennial Anthology, 1867 – 2017, published by Stephen F. Austin Press. A first editorial principle was to present an expansive concept of Nebraska poetry in just a few selected poems. Another was to celebrate Simon’s rich and broad anthology, a collection of over 80 poets which fully meets his goal of “paying tribute to the many diverse voices that make up the cultural tapestry of our state.” My thanks to Guy, Louise, and Beatrice Duncan who read Simon’s anthology with me and helped make the editorial decisions.

Love, family, place, race, nature, immigration, rural/urban differences, sexuality, and the life of the mind are themes a reader of Ten Poems/Nebraska will encounter. Through the details of events and geography and personal experience that shape them, these poems catch, I think, the character of life in this particular place while reminding us that we are and always have been part of a larger world. Ten Poems/Nebraska was designed to be touched, to be held and read. But my hope too is that a Maranda’s woodcut of Nebraska’s rivers was printed on each text sheet, a subtle pattern behind the three-page texts. The Kitakata sheets are folded in thirds with bi-fold slipsheets and stacked with a title page card on top and a colophon card below in a paper wrapper. The many production choices – from paper selection, to printing birth and death dates, and many other choices in between – were made in an attempt enhance this collection, but also to depict the ephemeral and contemplative as well as the physical and lasting nature of poetry in print.