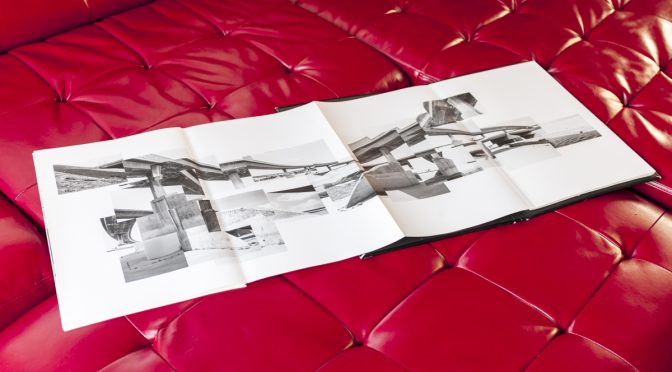 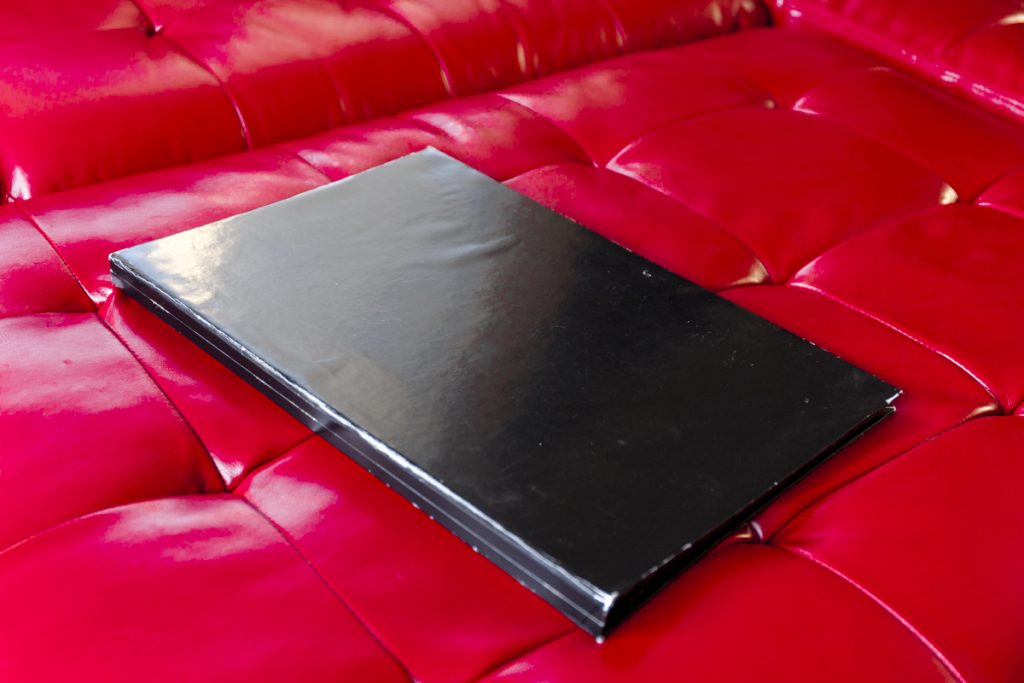 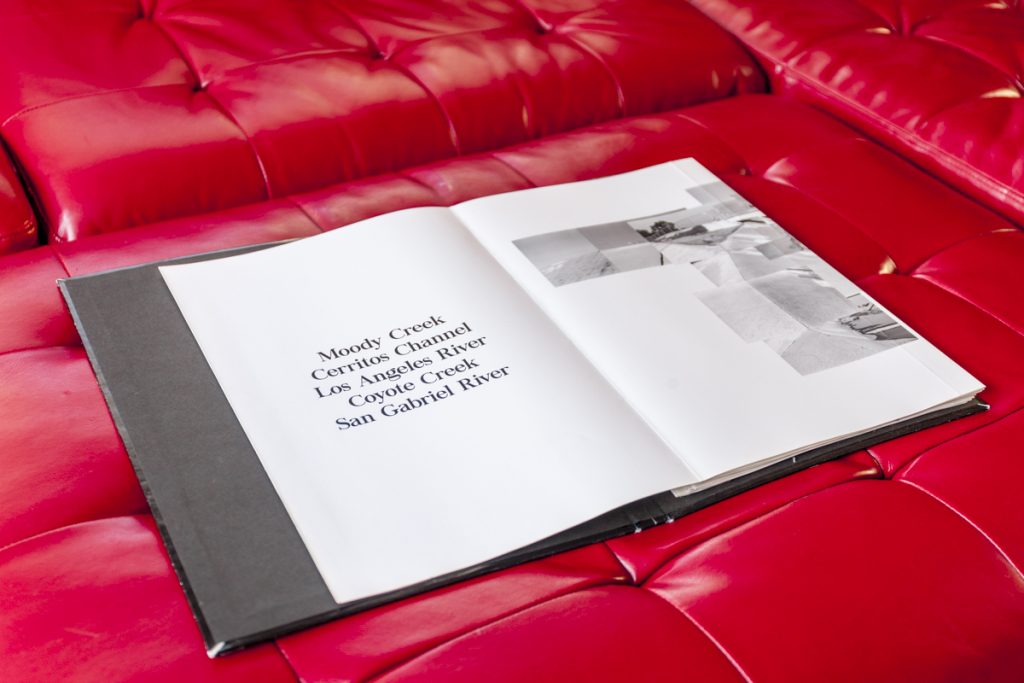 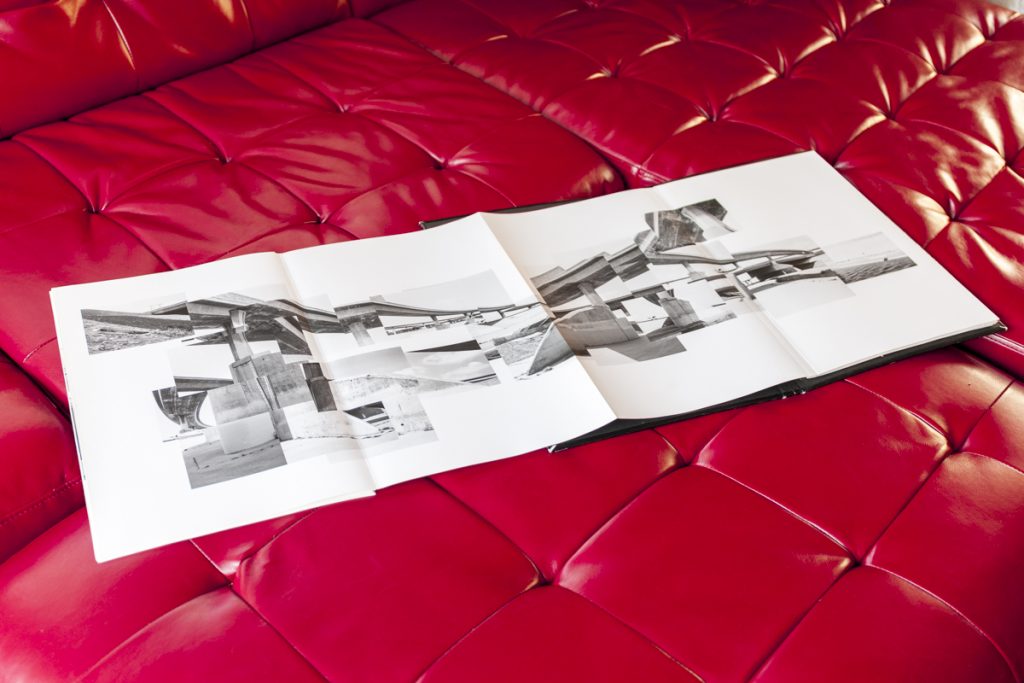 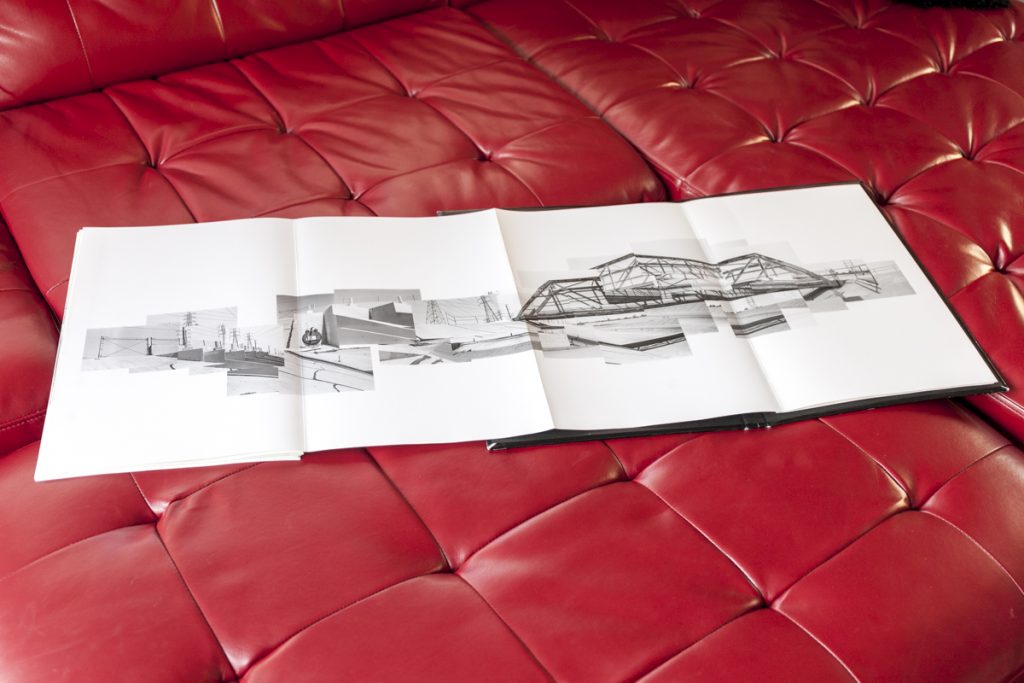 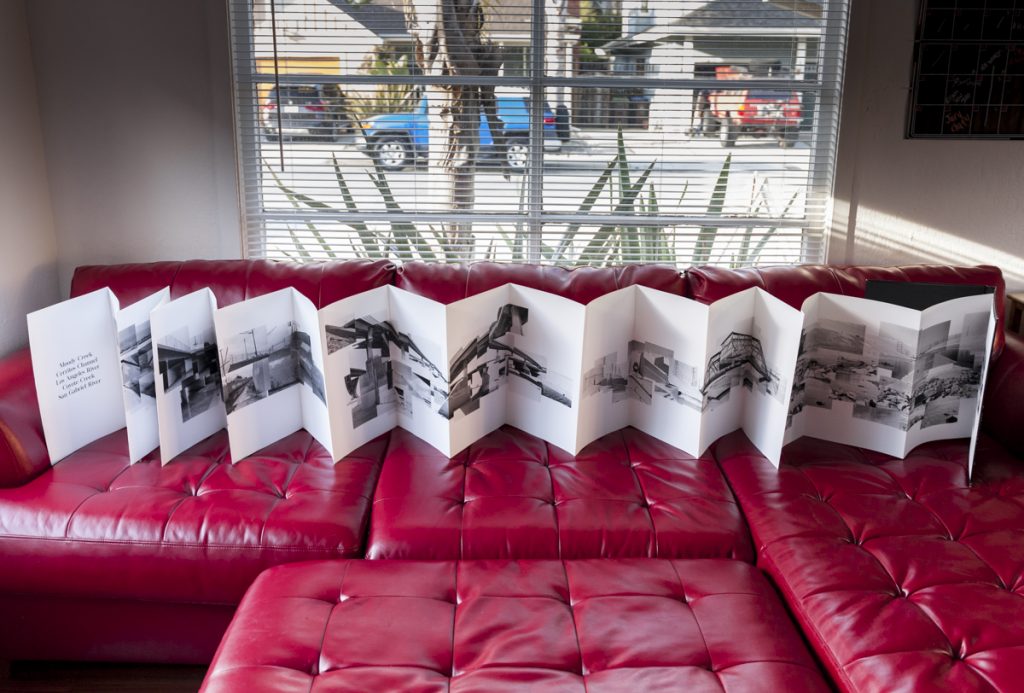 Moody Creek is an exploration of the Los Angeles River and its branches in Southern California. The book focuses on four locations along the river moving from Long Beach to the intersection between the man-made body of water and the San Gabriel River which spills into the Pacific Ocean. Each concrete structure is photographed in a fragmented way which points to individual elements of the scene and the artificial nature of the river itself. These pictures are reconstructed in an almost cubist rendition of the locations and unified through the form of the accordion book. Each concrete landscape can be studied individually as the reader flips through the book or the entire journey downriver can be recreated in the mind of the viewer by fully unfolding the book into one long panoramic mass of concrete and water. The book is divided into five sections of the river which are accompanied by their names; starting with Moody Creek. Two copies of this hardcover book were assembled and bound by hand over the course of a week.