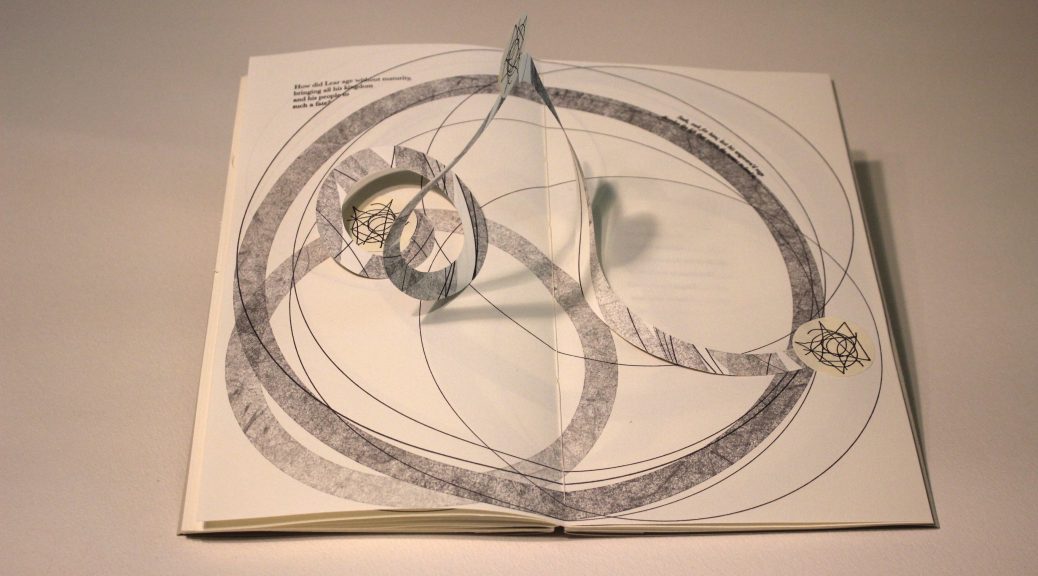 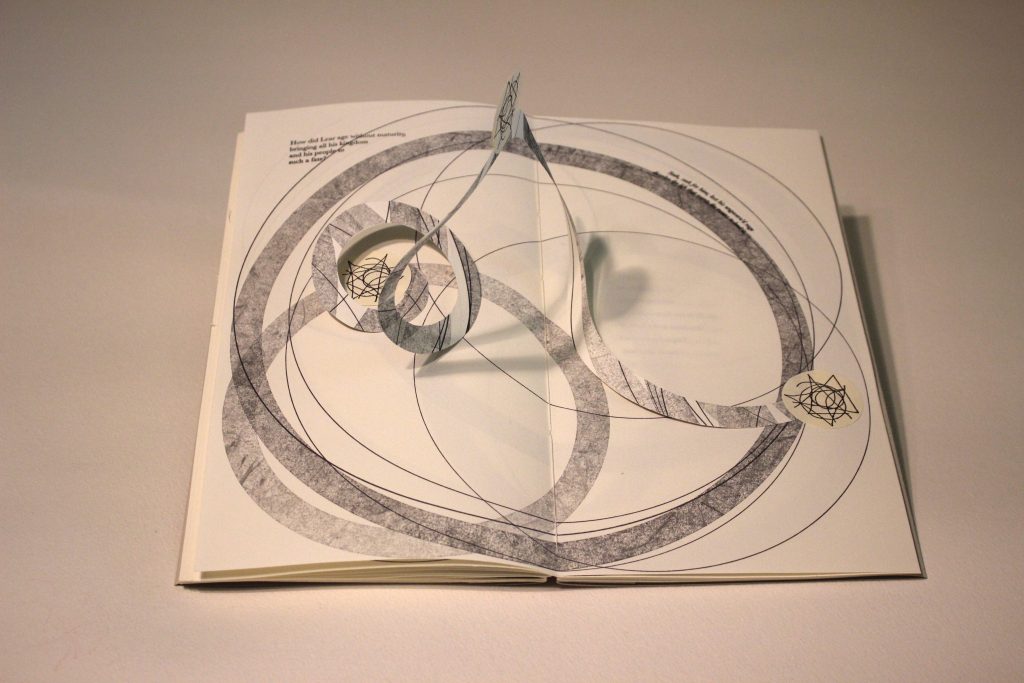 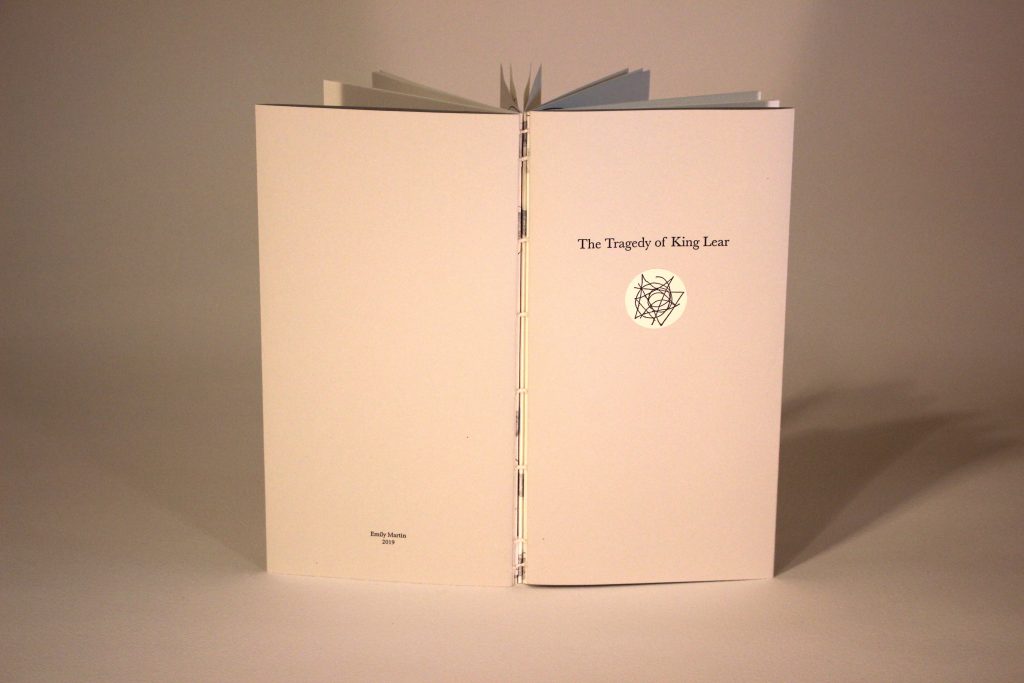 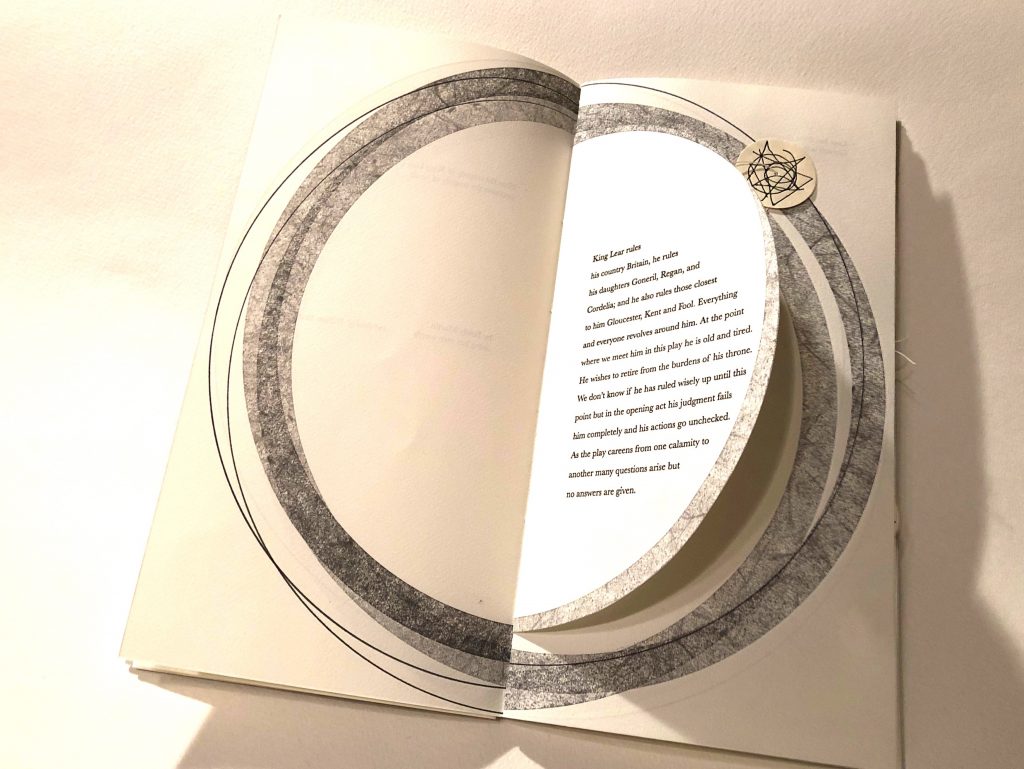 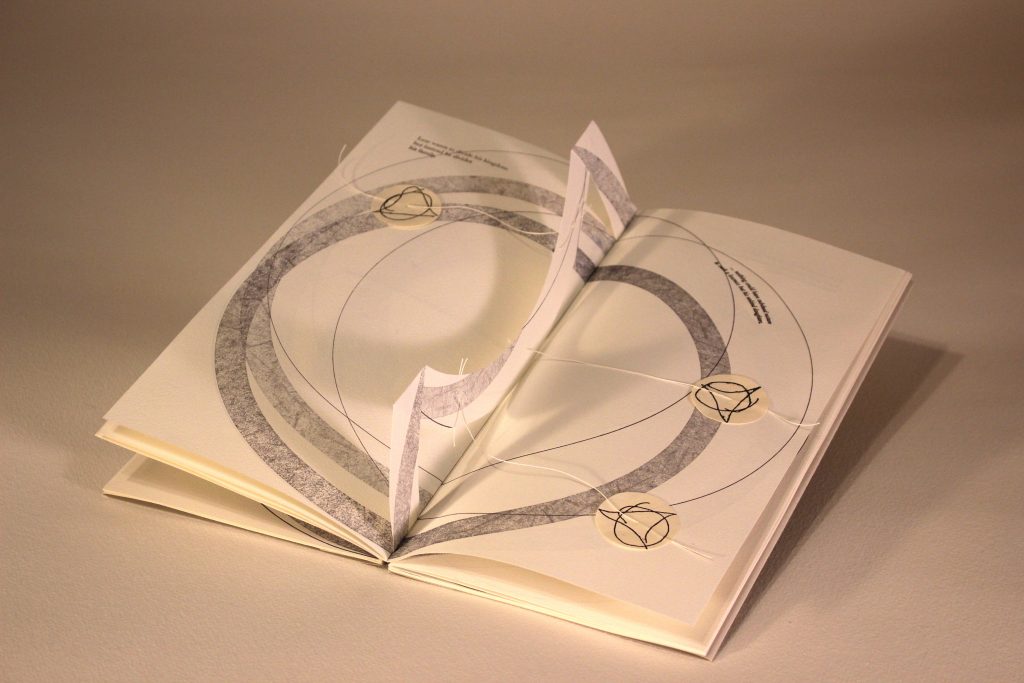 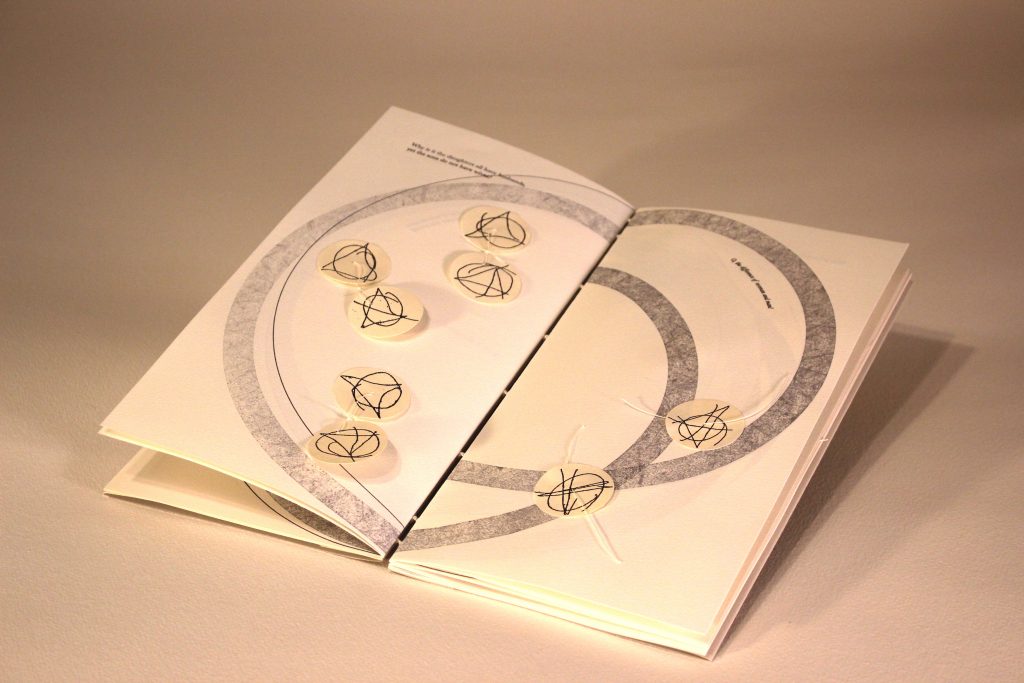 I began reading King Lear again after the 2016 presidential election. If Hillary Clinton had been elected maybe I would have gravitated to Macbeth. As I read and reread the play I tried to focus only on the themes of the tragedy. There are many differences between this play and current events but there are also some similarities. The vanity and folly of an aging man is a family tragedy. When that man is also the leader of a nation it becomes a tragedy for the whole country. Each page spread has a question or observation that came to mind as I read, there is a quote from the play by one of the many main characters and then the characters involved interact in some manner related to the question.

I always think of King Lear as the sun and all the other characters orbit around him. Some of the characters have others orbiting around them too, Gloucester and his sons and the daughters with their husbands. The characters are not identified specifically but context makes clear who is who. Many thanks to Laura Martin for introducing me to Man Ray’s painting Hamlet at the Cleveland Museum of Art. This in turn led me to the book Man Ray Human Equations {a journey from mathematics to Shakespeare}, published by Hatje Cantz Verlag, Germany 2015.