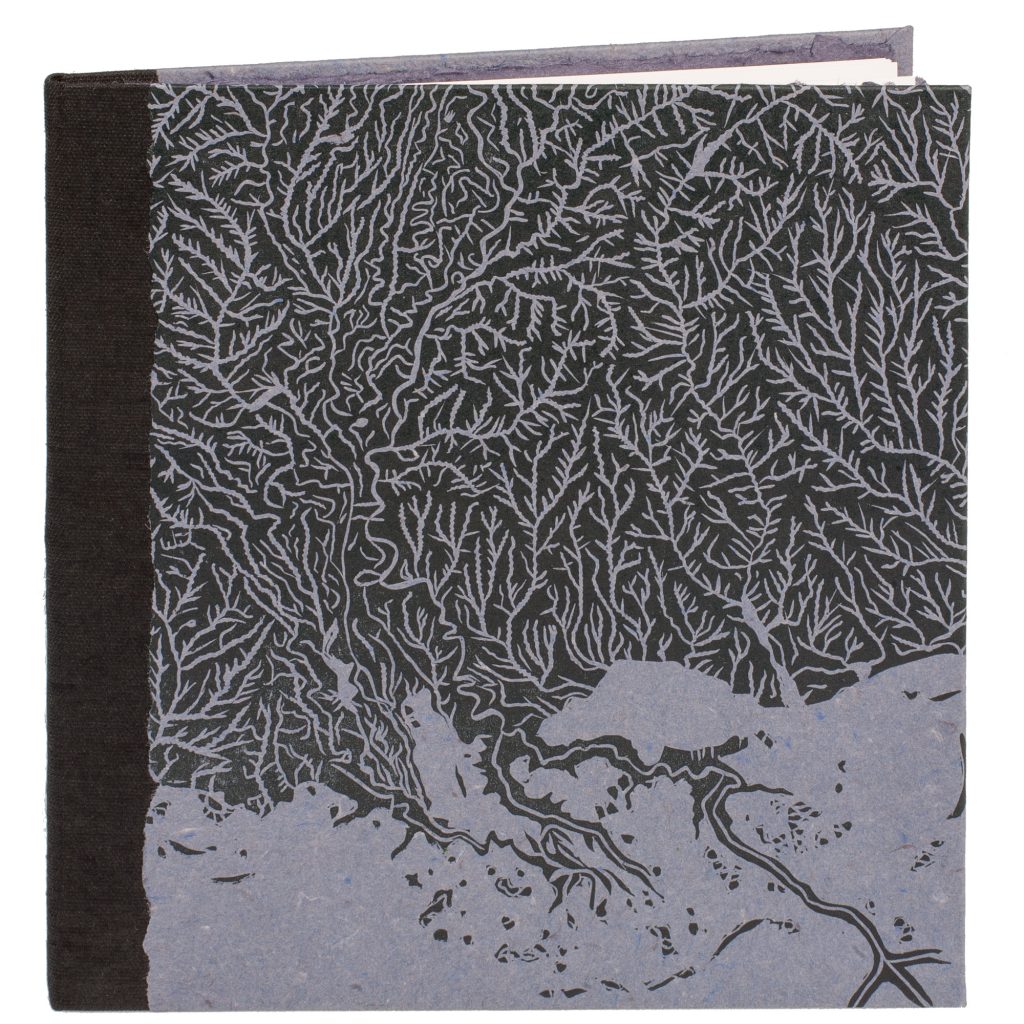 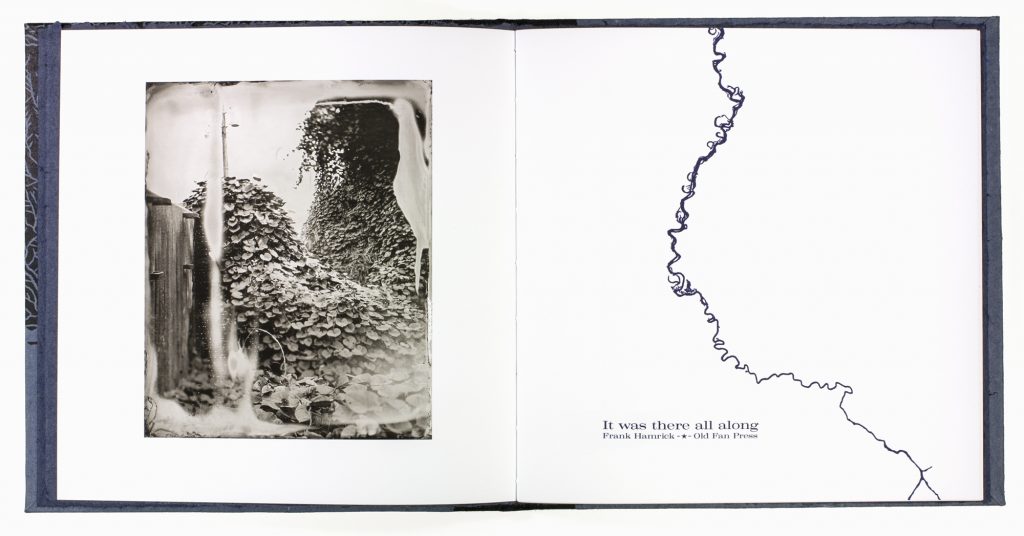 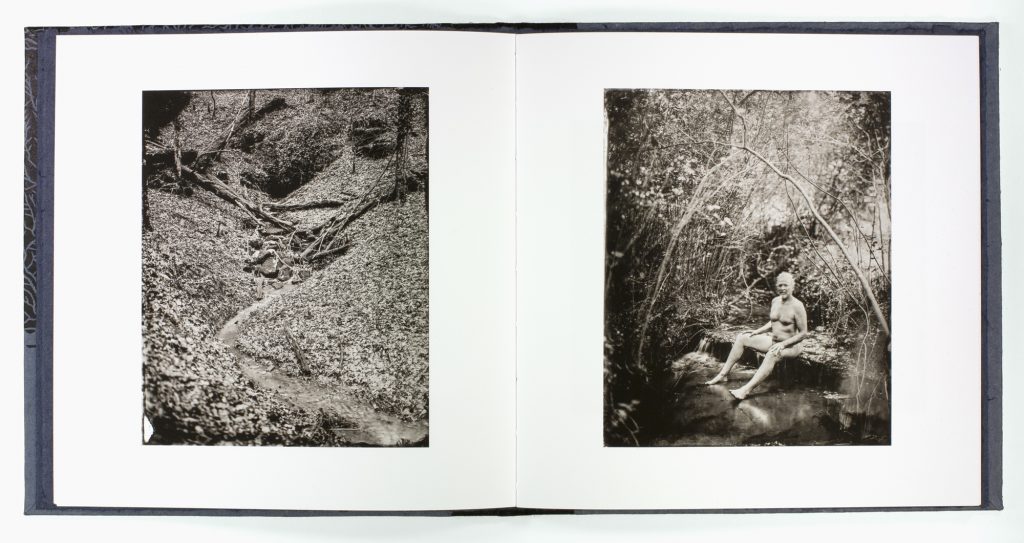 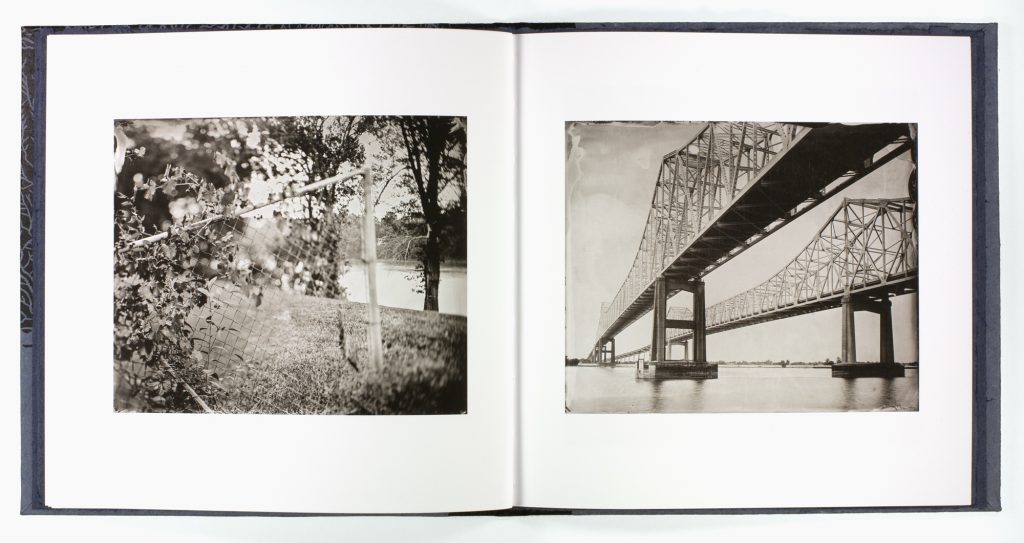 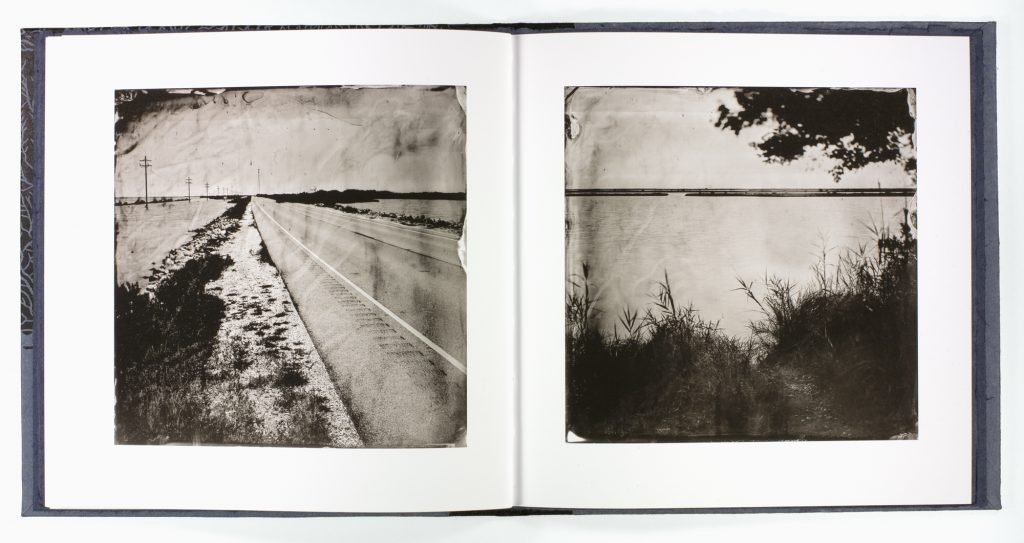 Water is universal, connecting people to one another and to nature.

On a hill in Tennessee, water pours from a cave after a storm, and through a system of creeks and rivers, finds its way to the Gulf of Mexico.

A mural in Louisiana states, “In a flood every raindrop feels responsible.”

As the grandson of a well driller, I learned early in life water does not originate from a faucet, nor simply disappear after going down the drain.

It was there all along is a limited edition artist’s book addressing water related issues, such as recreation, farming, transportation, drought, flooding, and coastal erosion. These wet plate collodion tintypes were created throughout Louisiana, Georgia, Alabama, North Carolina, Texas and Tennessee near the Cumberland, Ouachita, North Toe, and Mississippi Rivers, as well as the Little Choudrant, McNutt, Sand and Whites Creeks, and the Gulf of Mexico.

If a photograph is considered in the same manner as a single song, then an artist’s book is similar to an entire album of music complete with cover art and liner notes. Artist’s books allow for the combination of images with text and the incorporation of materials, like handmade paper, and processes, such as letterpress relief printing, paper staining, and layering various colors of pulp to create limited edition works of art that can convey a more complete, realized idea than a single image is capable of doing. To further this idea, exhibiting a body of work is analogous to a concert.

The pieces I make have particular meaning to me, but I realize others will see them in their own way. My artwork is not necessarily created to illustrate or provide answers. If anything, I would like for my art to generate more questions. I do not see them as endpoints, but rather starting places where I give the viewer ideas to ponder and leave room for their imagination to create the rest of the story.