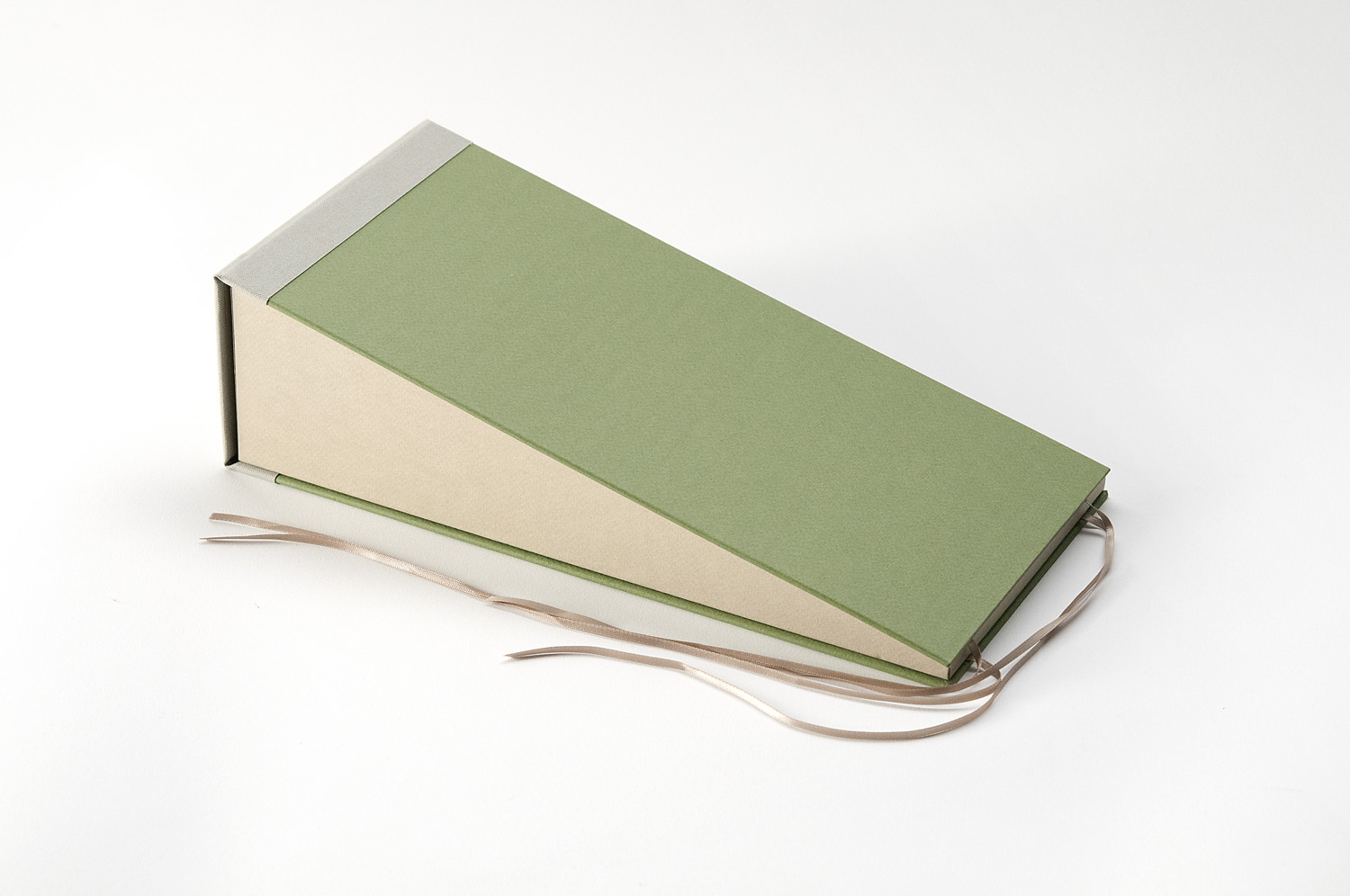 Jane Hyslop is an artist whose work is centred around the book. Hyslop explores this in a range of forms and uses drawing, photography, traditional printmaking techniques and digital printing. She is rooted in her native Midlothian and examines many aspects of this area combining interests in industrial history, architecture and the flora that is nurtured there alongside that which is, in her view, neglected – the native species, predominantly the weeds.

The Gardens I is boxed set of objects made as part of a larger group of folios titled The Gardens | Edinburgh. This complete work was made when Jane Hyslop was an invited artist for the Visual Arts Scotland (VAS) annual exhibition held at the RSA Galleries, Edinburgh, during February 2015. The aim of the exhibition was to re-establish VAS’s role as supporter for art and craft in Scotland with an emphasis on the conversation between these areas.

The Gardens | Edinburgh examines the site of the RSA Galleries alongside delving into the history of the building itself and its role as home for the Board of Manufacturers for Scotland who in the 18th century were tasked with improving Scotland’s economy by stimulating the linen industry. This led, in turn, to a development in the promotion of ‘good design’ and ultimately to the establishment of Edinburgh College of Art.

The Gardens I focuses on Princes Street Gardens as location of the RSA Galleries and is concerned with the contrast between the formal nature of the planting within the gardens, which is taken to extreme in the famous floral clock, and the constant infiltration of unwanted species, the weeds, into the gardens.

As detailed above the box itself represents The Mound – a man-made structure which was extremely controversial when it was built to enable movement between the Old and New Towns of Edinburgh. The grey at the hinge represents the grey stone of Auld Reekie’s Old Town, the green, the grass on The Mound itself.

‘one hour’ is a 3 dimensional segment, one 12th of the floral clock with perforations where plants may be inserted.
The book of planting plans are inspired by diagrams in John Reid’s book ‘The Scots Gard’ner’ of 1683, the first book to be written specifically centred on gardening in Scotland that advocated a very measured, controlled manner of planting and laying out of a garden.
The original drawing is made of weeds collected in Princes Street Gardens and The Nor Loch harks back to the Loch that once filled the valley at the base of the castle rock. It is a fragment in the sense of being a left over, reminder and is made of a literal left over fragment from paper dyed for an earlier book and print depicting the Nor Loch by Hyslop in 2007.