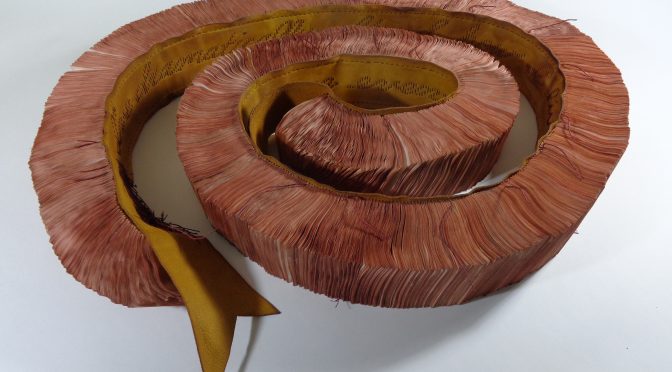 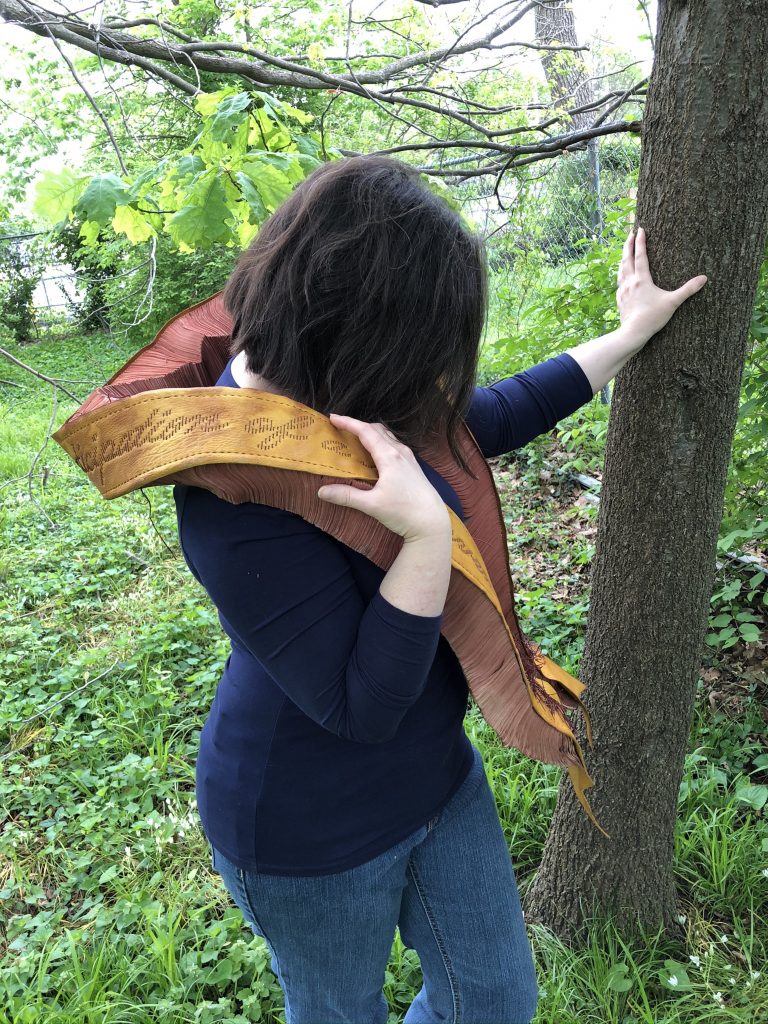 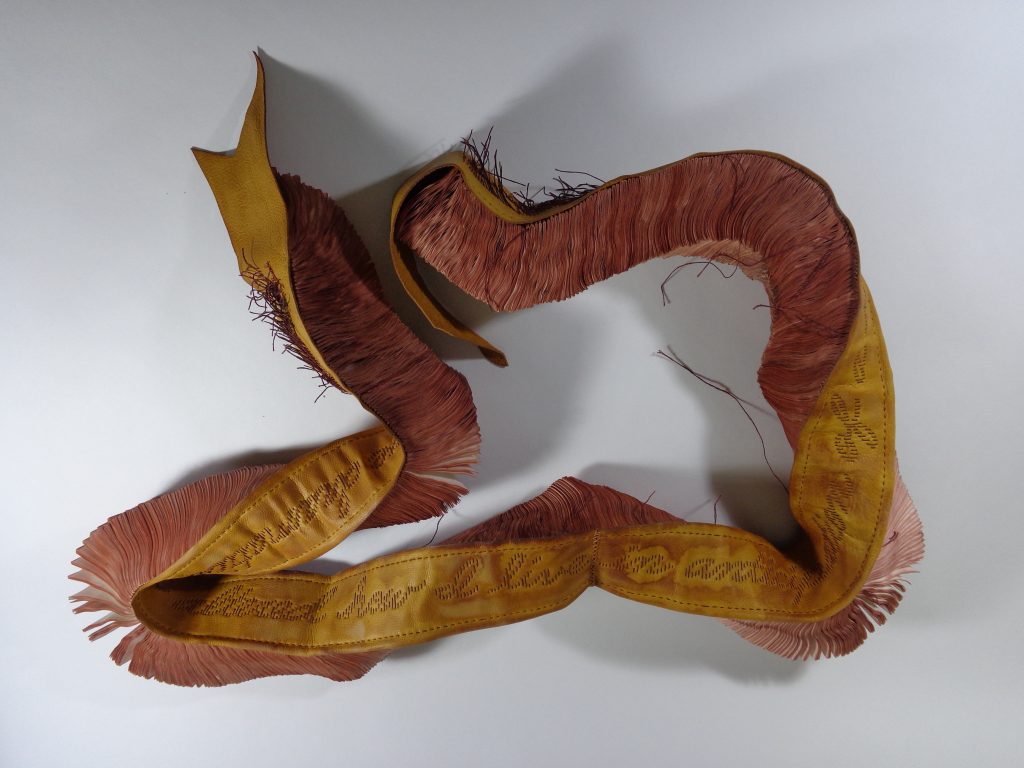 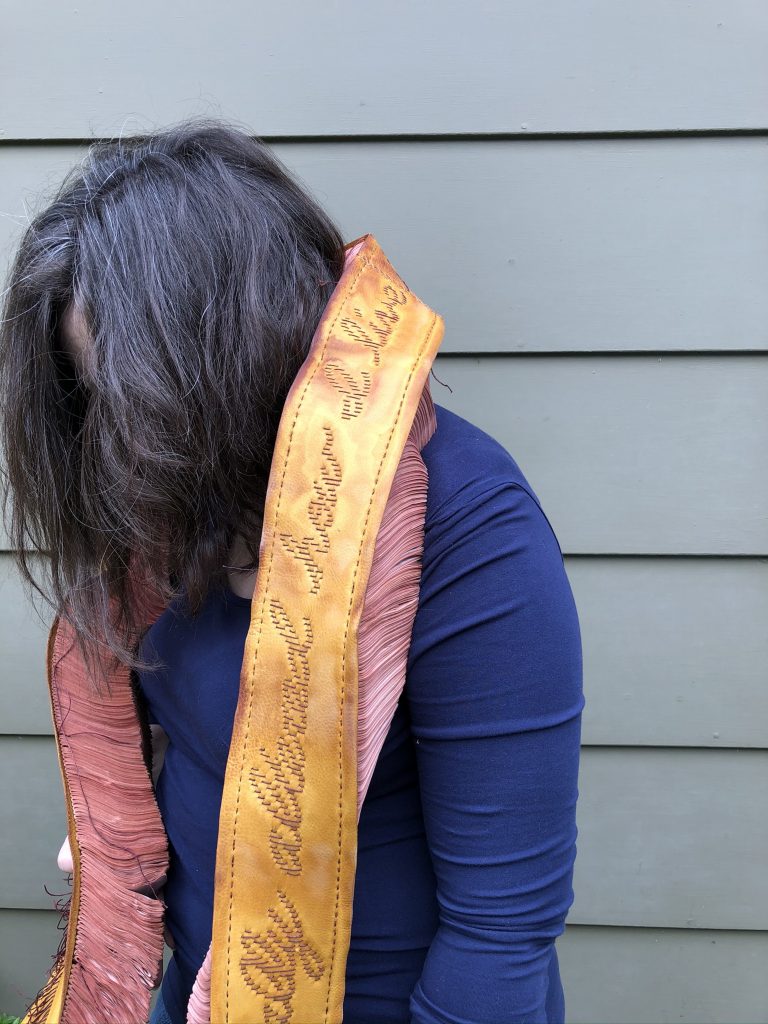 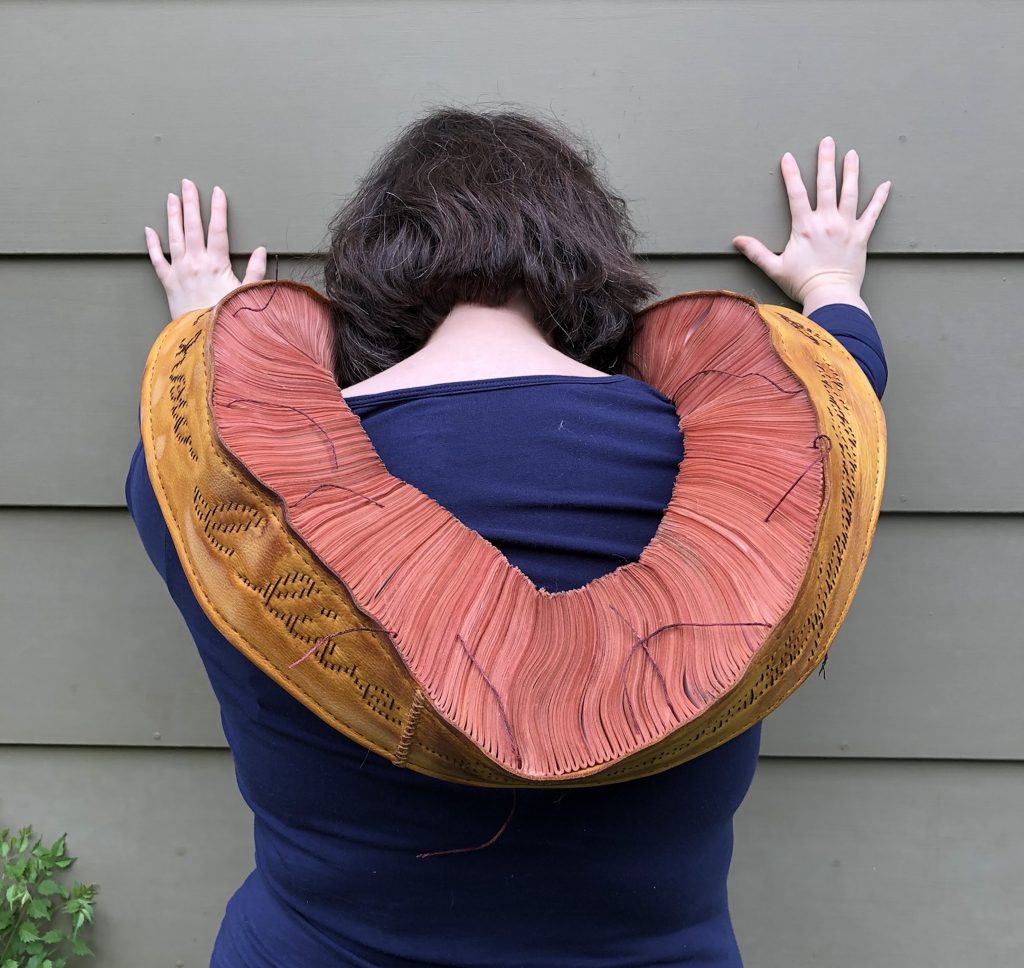 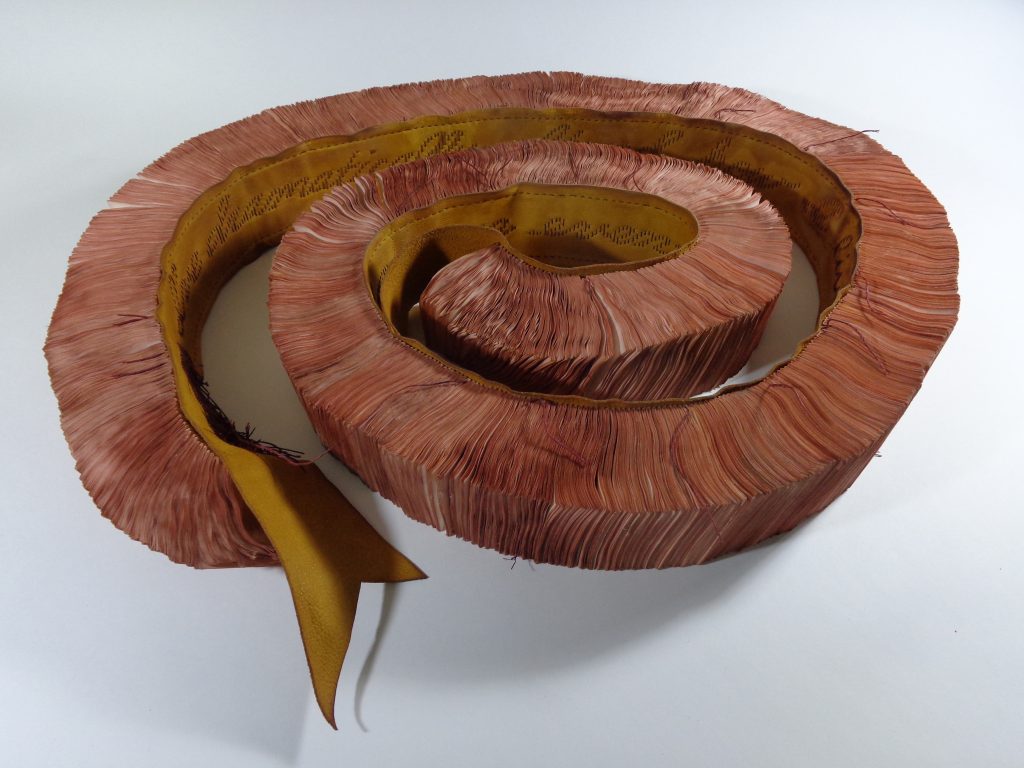 In my artist’s books, I prefer to put the narrative into the form. The concept of book is here, but the story is read in the materials and the way they are put together, rather than through words or illustrations on pages. This piece is intended to be displayed on my body as a symbol of the weight of twenty years of chronic illness in my life, specifically seizures. The text of the book, displayed on the spine in the exposed stitches of the long-stitch binding reads, “I have dramatically altered my life in anticipation of a rare event”. I conceived of this piece when I was approaching the twentieth anniversary of my first seizure. Since the first one happened when I was nineteen years old, this meant that I had now lived more years with seizures than I had without, and I was feeling emotional about this milestone. Those years also represent my entire adult life. The final patina of this piece was achieved through an eight hour soak of the entire book form in an avocado dye bath. The colors and patina of the materials represent aspects of physical illness and injury associated with this condition. These choices along with the frayed strings left in the piece also represent the emotional rawness that I feel when focusing on it in thought or conversation. The risk of seizure is an ever-present looming influence in how I live. It influences decisions large and small, things that those without this condition wouldn’t think about. But as I counted up the days so that I could make a book with a leaf for everyday from that first seizure to the twentieth anniversary, I realized that fourteen seizures during that time actually made it a fairly rare event. During the 14,612 days that had elapsed, less than one percent of them had included a seizure. Which is ironic for the influence it wields on me.