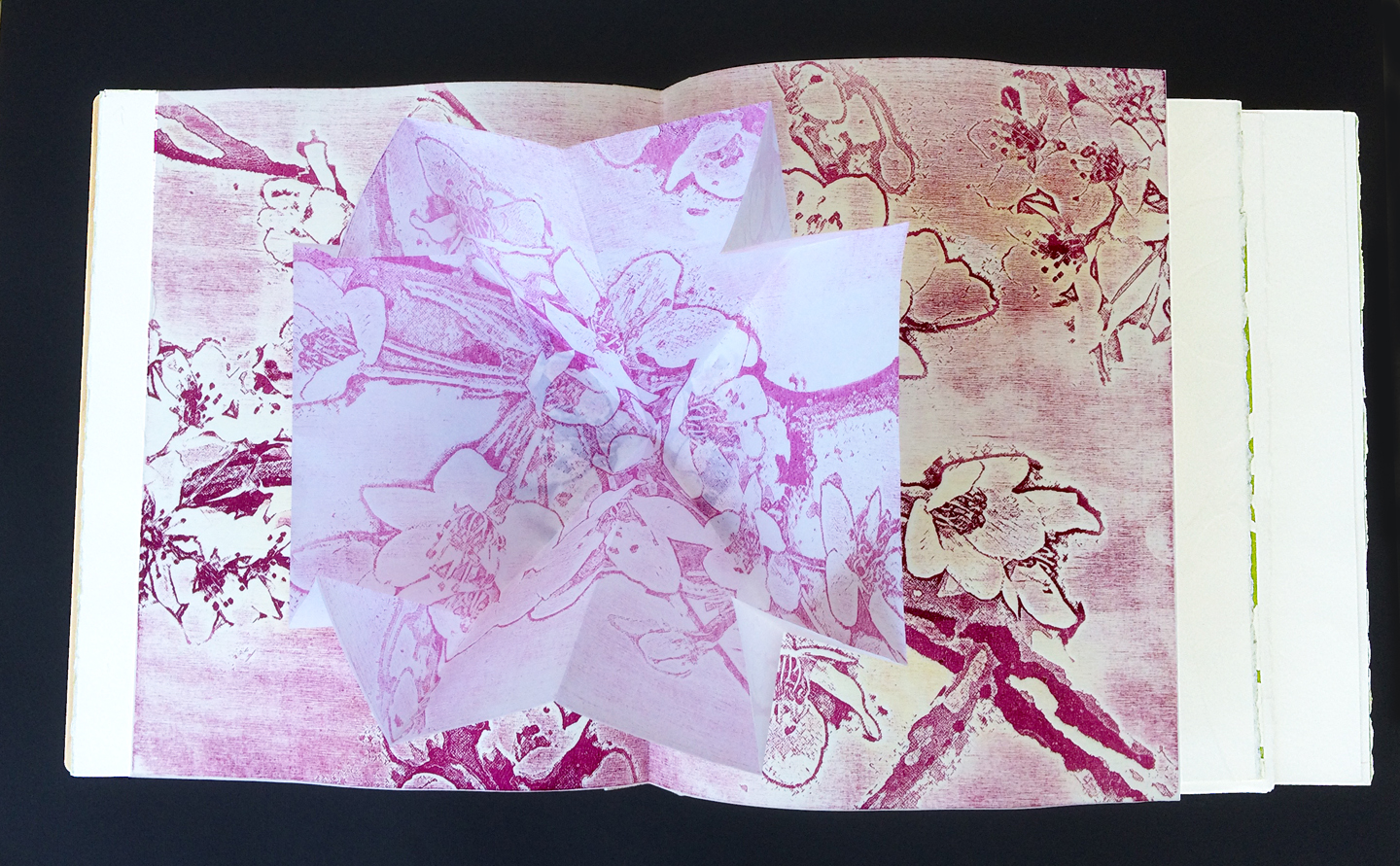 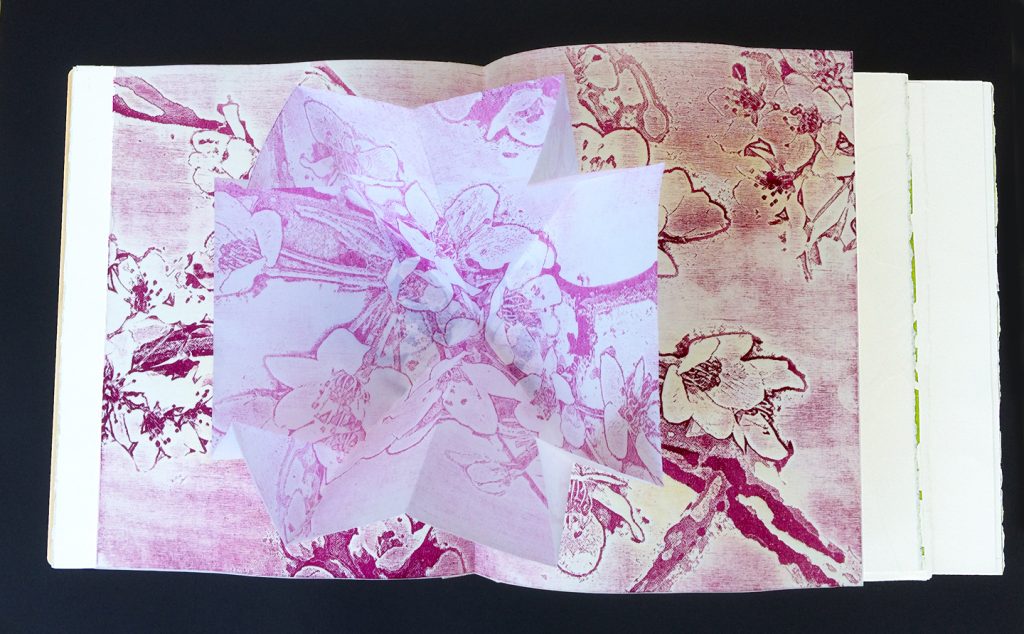 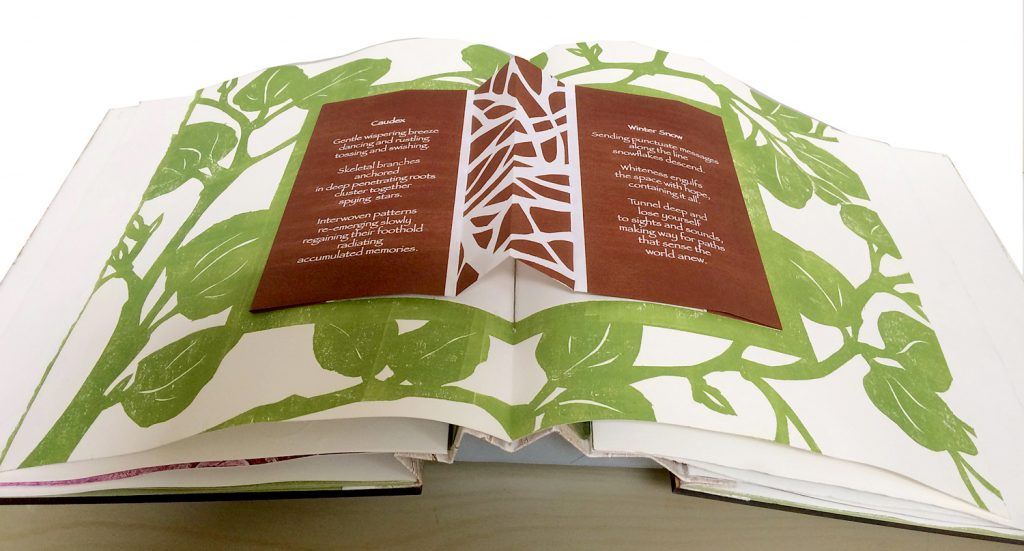 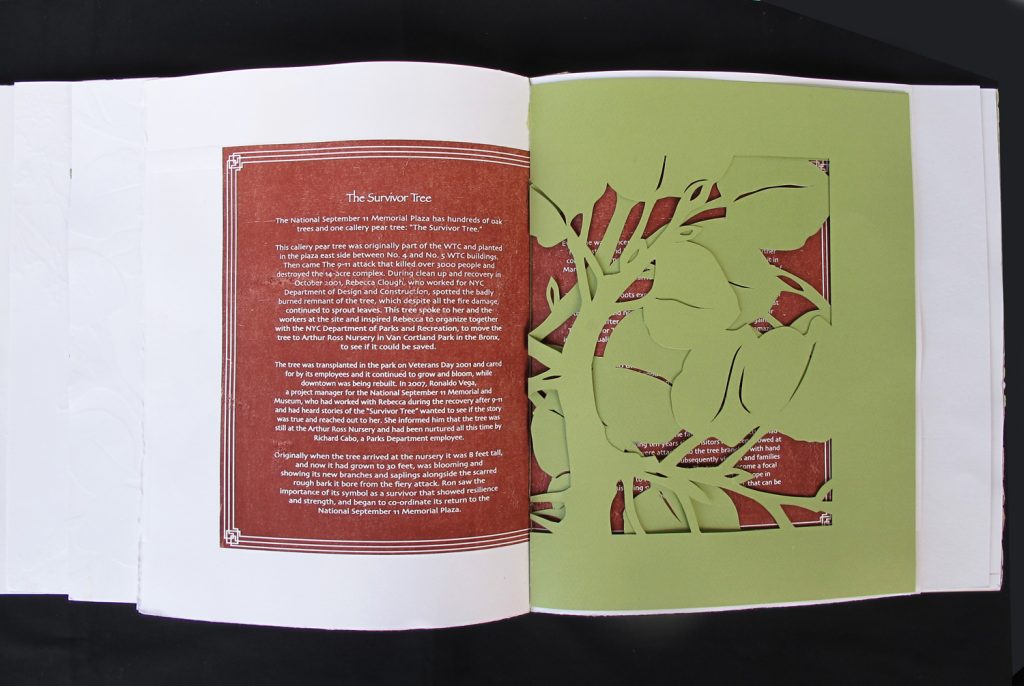 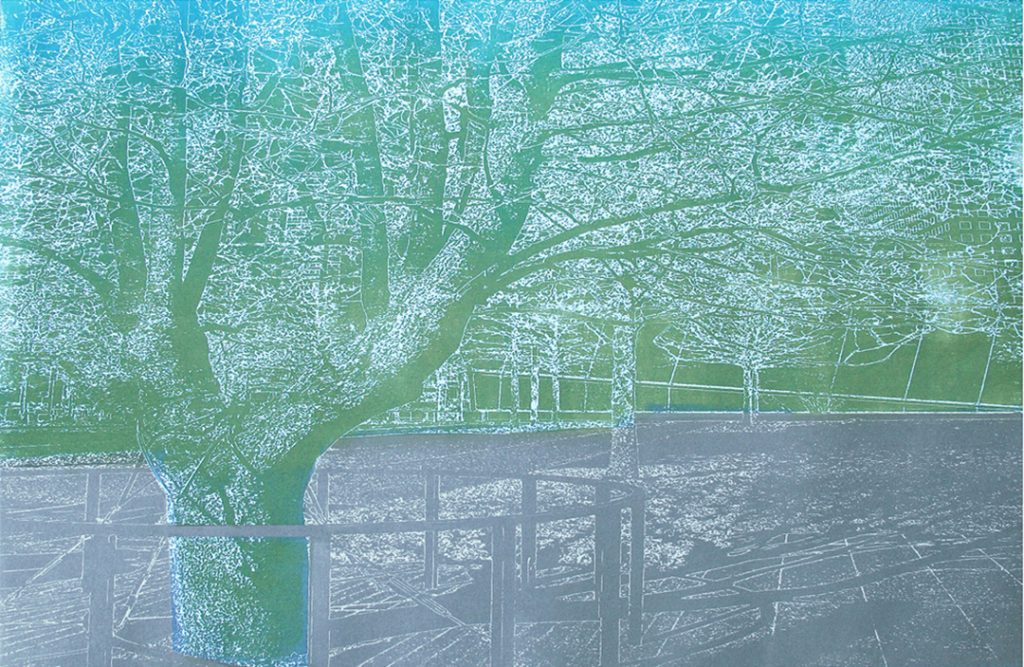 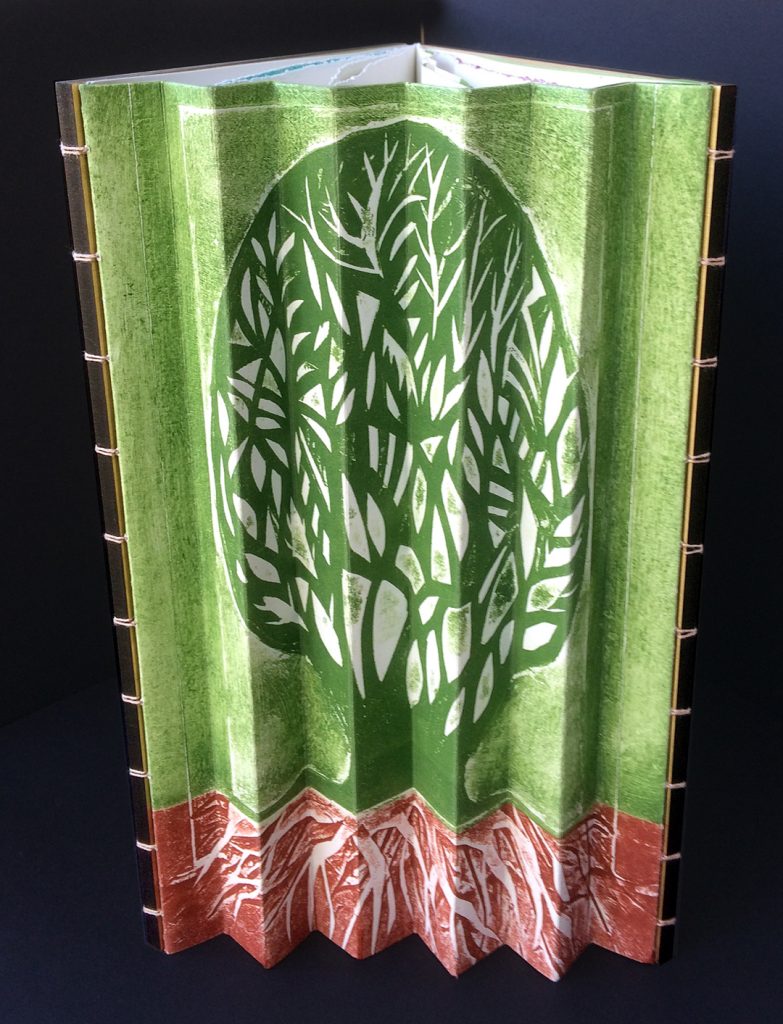 Spring is a time of nature’s renewal, bringing with it new life and beauty to share. Using the Callery pear Survivor Tree as my inspiration, the book celebrates the return of the tree to the 9/11 Memorial Plaza, after it was nourished back to health and in 2010 replanted in between the two memorial pools.

The National September Memorial Plaza has hundreds of oak trees and one callery pear tree – The Survivor Tree. This callery pear tree was originally part of the WTC and planted in the plaza east side between No. 4 and No. 5 WTC buildings. Then came The 9-11 attack that killed over 3000 people and destroyed the 14-acre complex. During clean up and recovery the badly burned remnant of the tree was found which continued to sprout leaves. The workers and officials from NYC diverse departments, organized to move the tree to Arthur Ross Nursery in Van Cortland Park in the Bronx to see if it could be saved.

Originally when the tree arrived at the nursery it was 8 feet high, and by 2007 it had grown to 30 feet, was blooming and showing its new branches and saplings alongside the scarred rough bark it bore from the fiery attack. At this point because of its importance as a symbol of survival, resilience and strength, the process began for its return to the 9/11Memorial Plaza.

Everyone was concerned that moving the callery pear would shock the root system and because it has grown unevenly, there was further concern of damage to it. While plans were being made to move it in March 2010, New York was hit with a Nor-easter that dumped a lot of rain with wind gusts of up to 75 mph. The tree had its roots exposed and fell into the adjacent fence, which helped it to not be completely uprooted. Again, concerns arose that the tree would not recover, but the Tree had made it and continued to exhibit it amazing inspiring qualities of renewal and recovery, and could now be moved to the World Trade Center.

In December 2010 the tree was moved to the National September 11 Memorial site and planted as a symbol of endurance and perseverance. In August 2011, just before the 10th anniversary of the 9/11 attack, Hurricane Irene hit NYC, with high winds and heavy rainfall, damaging and uprooting many trees. The Survivor Tree again proved its fortitude and was not damaged.

The 9/11 Memorial opened to the public on September 12, 2011, a day after the families of the 9/11 victims had their ceremony, marking ten years since visitors had been allowed at the site. Blue ribbons were attached to the tree branches with hand written notes and mementos by both families and visitors. The tree has become a living symbol of renewal and strength that can be shared by everyone, while continuing to offer support and acknowledgement of global events.