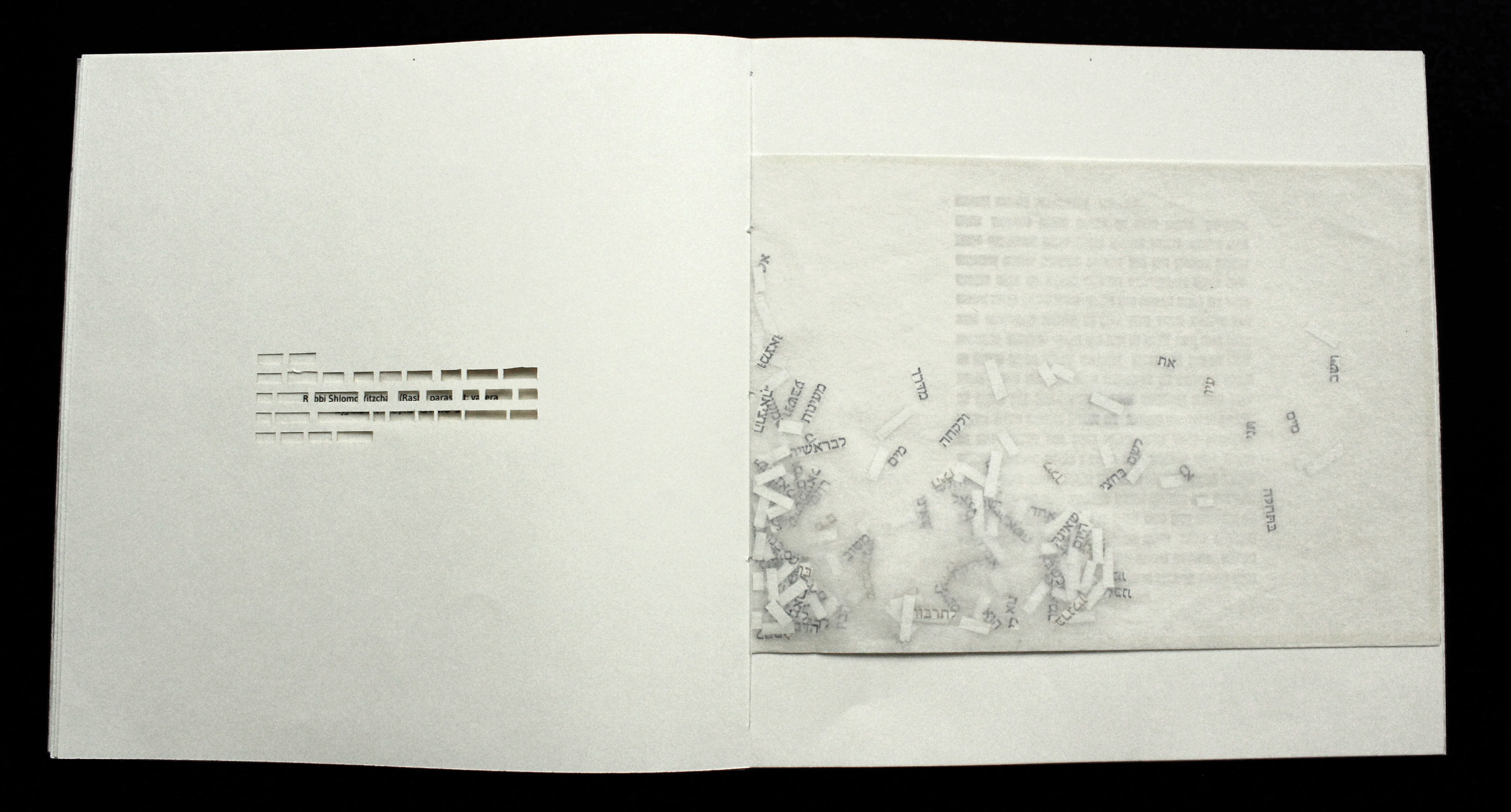 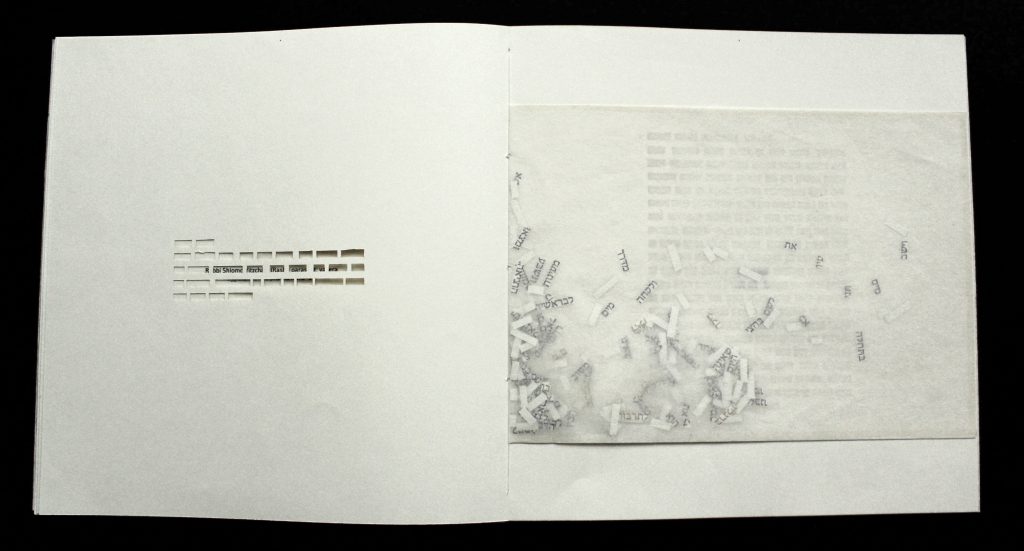 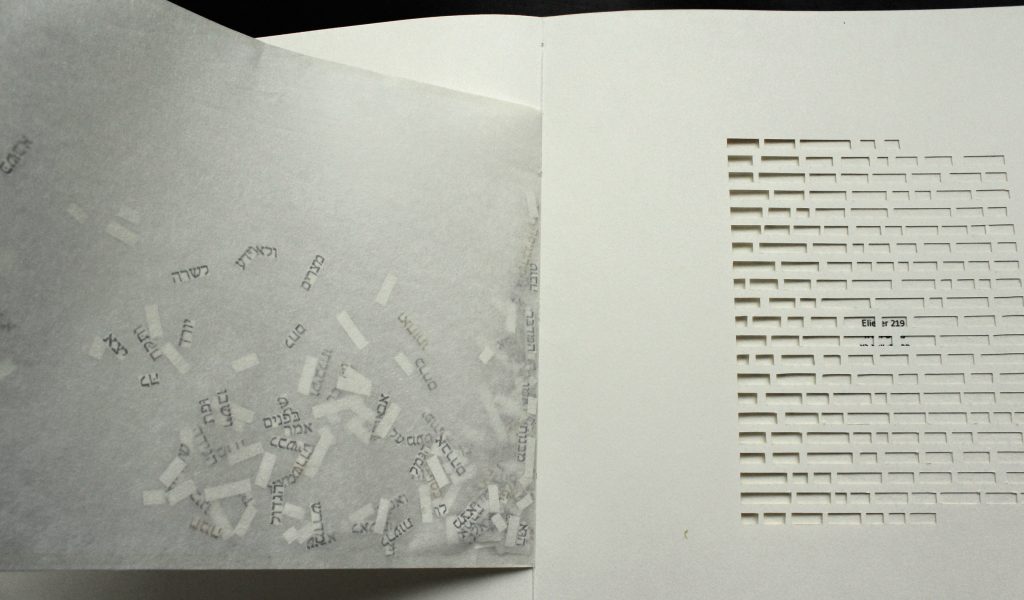 Pocket seeing from the other side 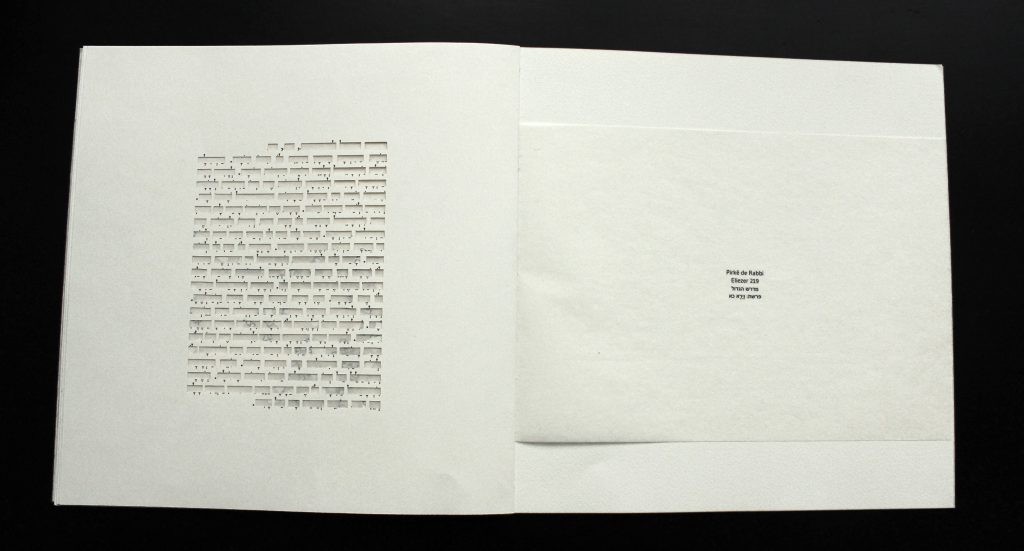 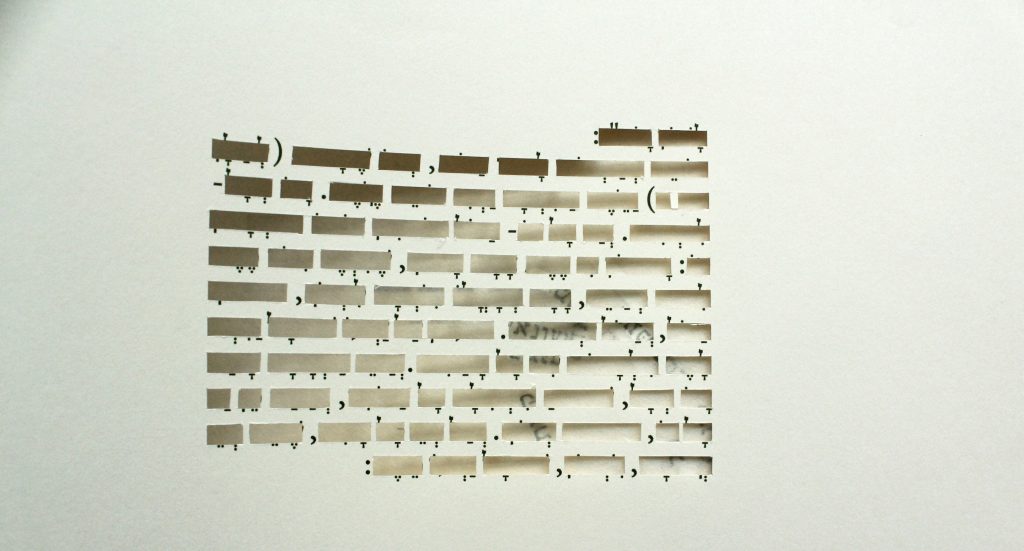 Detail from the cut out words 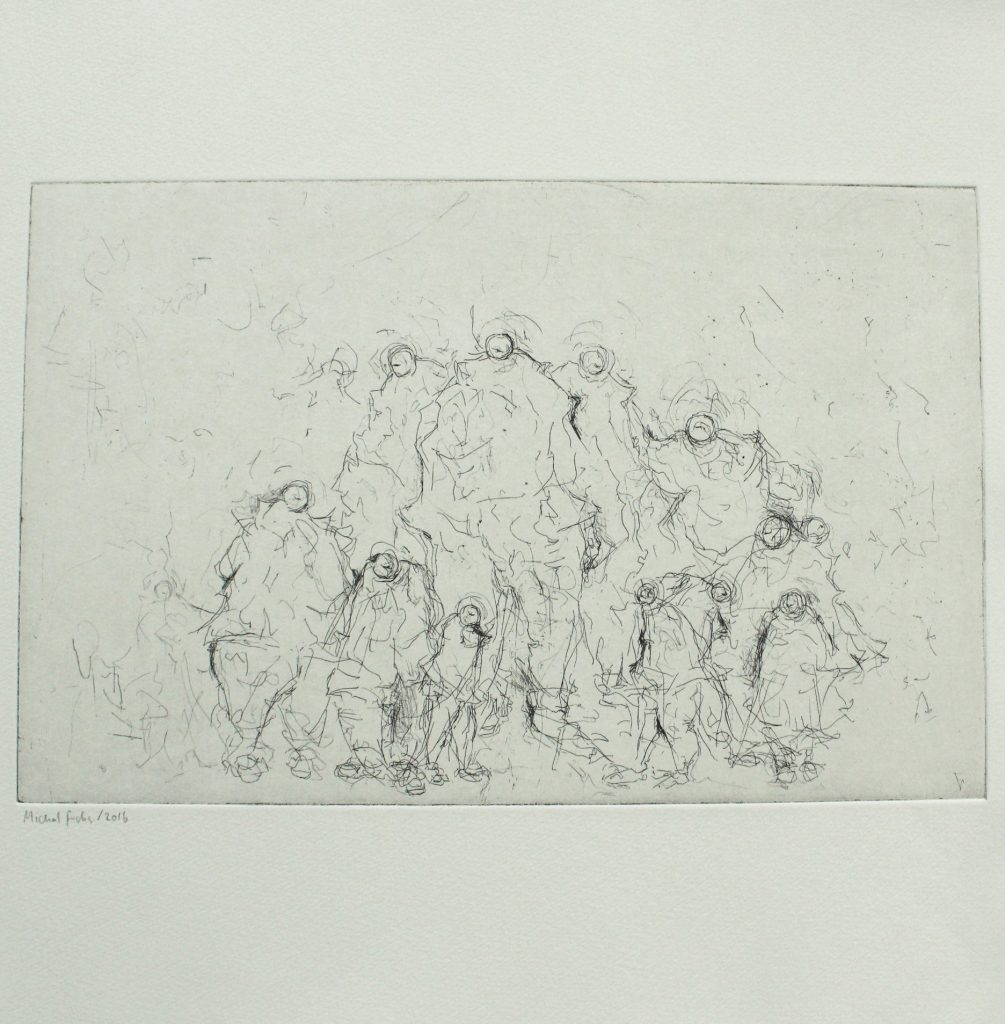 One out of three etching graphics

What drove me making this book was a hard feeling that awoke during and after the last war in Israel and Gaza in 2014. Seing how religious extremists from both sides design and define the reallity as it is. The helplessness thinking that a dialog with extremists is impossible. I am not able to understand them, neather they me. This book is a way of dealing with this feeling.

The story of Ishmael is the origin of the separation between Judaism and Islam. While Isaac represent one of the most important roots of Judaism, Ishmael, his brother, disconnects from his jewish roots and starts a dynasty which eventually leads to Muhammad and the beginning of Islam. The questions around Ishmael’s character concern many jewish historians and bible interpreters, among them rabbis, who devote their lifes to understand the meaning of each word in the bible. Through years of study, they try to comprehend who was Ishmael, giving various interpretations for his smallest gestures and trying to understand his character as well as the relationship between him and his family: his father Abraham, his Egyptian mother Hagar, his brother Isaac and Isaac’s mother Sarah. Many of todays opinions are based on these interpretations. Some of them are building an ideology after them.

The opposing interpretations are printed each on one side of a double spread page (in Hebrew). The words are cut out, so the only thing left to see are the punctuation and holes which create kind of a wall. In between there is a closed transparent pocket which contains the words, blended together. The original interpretations are gone, one cannot read them anymore. A short research, using the little information appearing in the book, will lead to a bigger variety of interpretations regarding Ishmael’s character.