This book has a condom on its cover. Inside the right part of the inside are many broken condoms, on the left a collage of photos and drawings about diseases of sexual transmission. 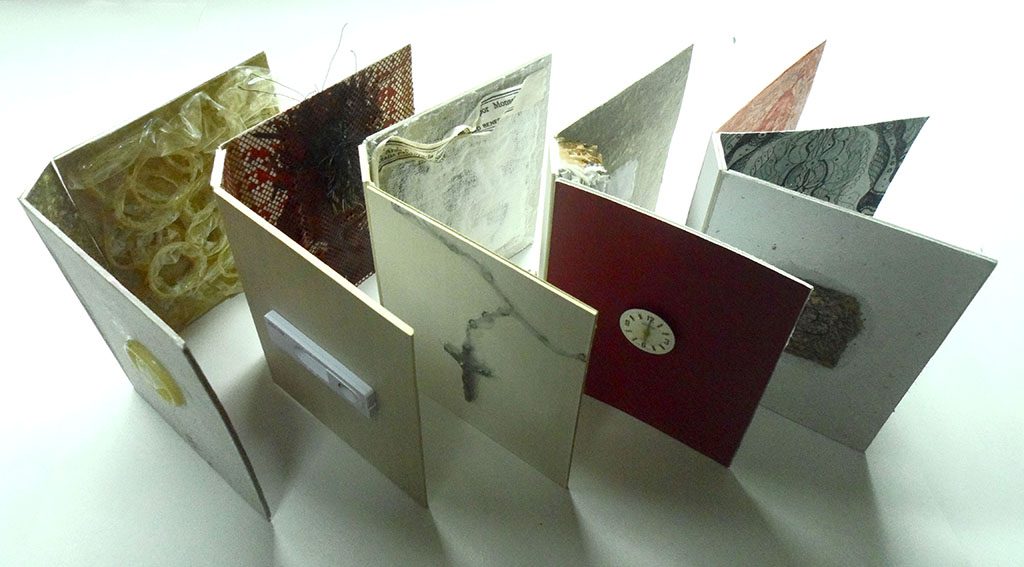 This book has stuck a quick HIV test on its cover. Inside the right side of the inside is a male figure behind a mesh, his face covered. On the left are 5 sheets of glass with drops of blood.

This book has stuck a broken locket on its cover. Inside in the right part inside is stuck a photo of the artist as a child. She is covered by a piece of cloth from a personal clothing of the artist. At the top a strip of cloth contains a religious prayer from the Mother of Charity. On the left are three pills that are consumed daily by people with HIV. 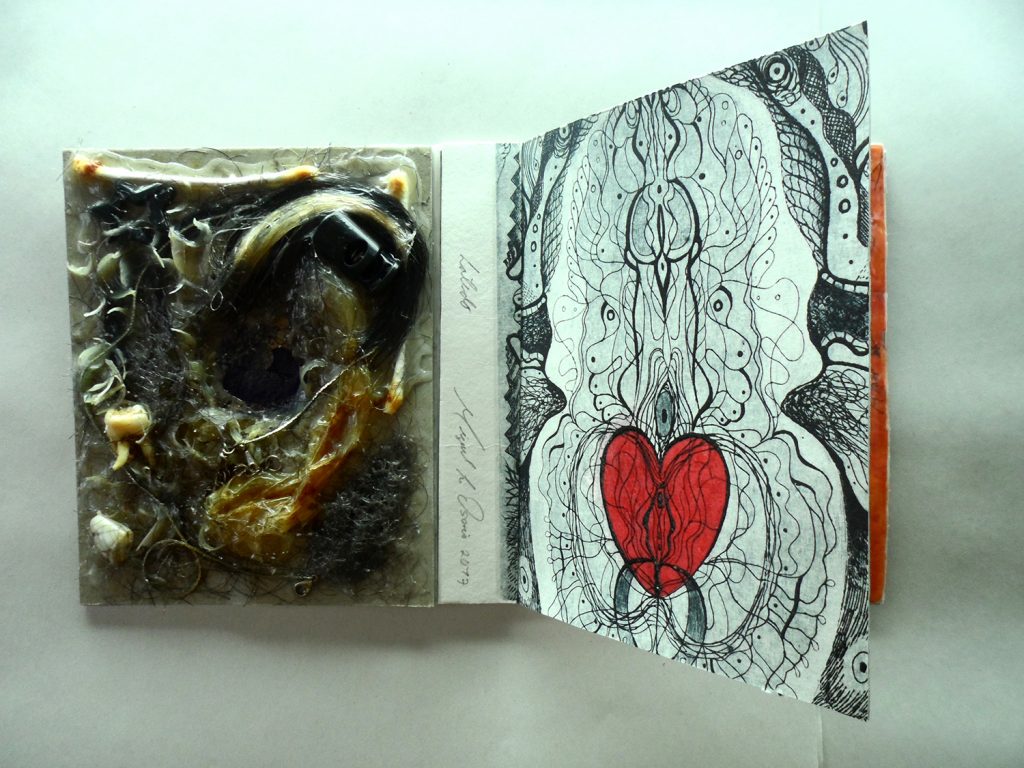 This book has pasted on its cover the dial of a clock that marks the hour of birth of the artist. Inside on the right side is attached a small photo of the artist’s grandfather. In the interior spine you can see fragments of torn sheets of 1 book. On the left are fragments of various wristwatches and lines drawn on paper.

This book has stuck on its cover a small drawing that the artist dedicated to his boyfriend. Inside in the right part of the interior you can see personal notes. At the center of the book is a metal engraving. On the left are several personal remains of the artist’s boyfriend.

Cuban society has historically been in constant conflict with the so-called lateral sexualities (homosexuals, bisexuals, lesbians, transsexuals). In recent years changes and openings have been established towards these issues; Nevertheless despite this there are prejudices and negative attitudes in the majority of society towards the insertion and acceptance of the so-called otherness, or simply sexuality another. All these issues are indignant to me as a human being and as creator of the 21st century, in which many of these issues, if not completely resolved, at least have a more viable space of social coexistence than in our context. All these conflicts motivate my creation; Trying to resist a whole series of prejudices and censorship that historically limit human sexuality, from my personal point of view I disagree with these macho, reductionist, and stagnant attitudes that still persist in our society, I do not consider fair classifications, my experience and Attitude, assumes sexual differences as natural and inherent in human diversity. Respect and coexistence that should ideally exist; And to which I aspire utopically converting it into material of my work.