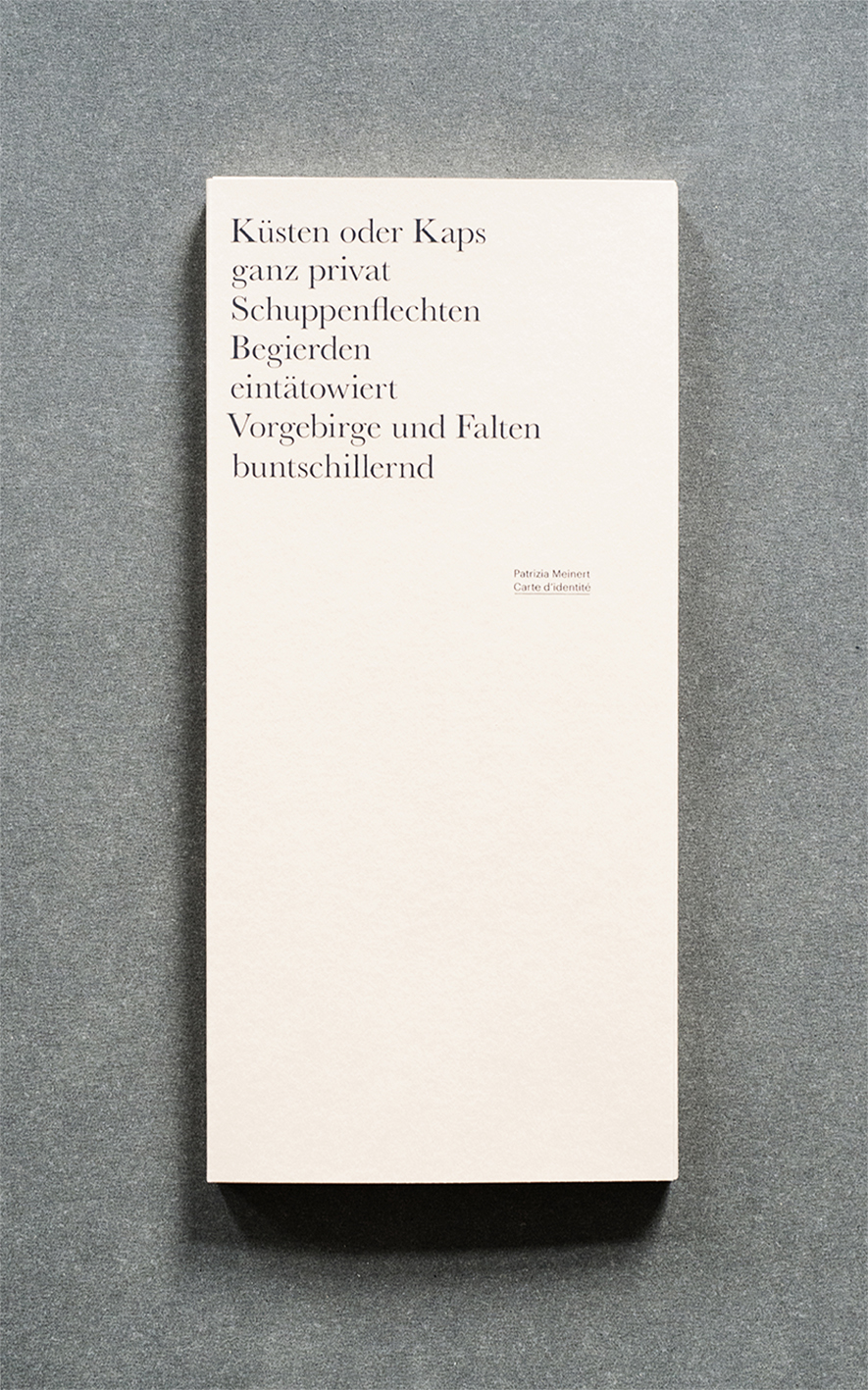 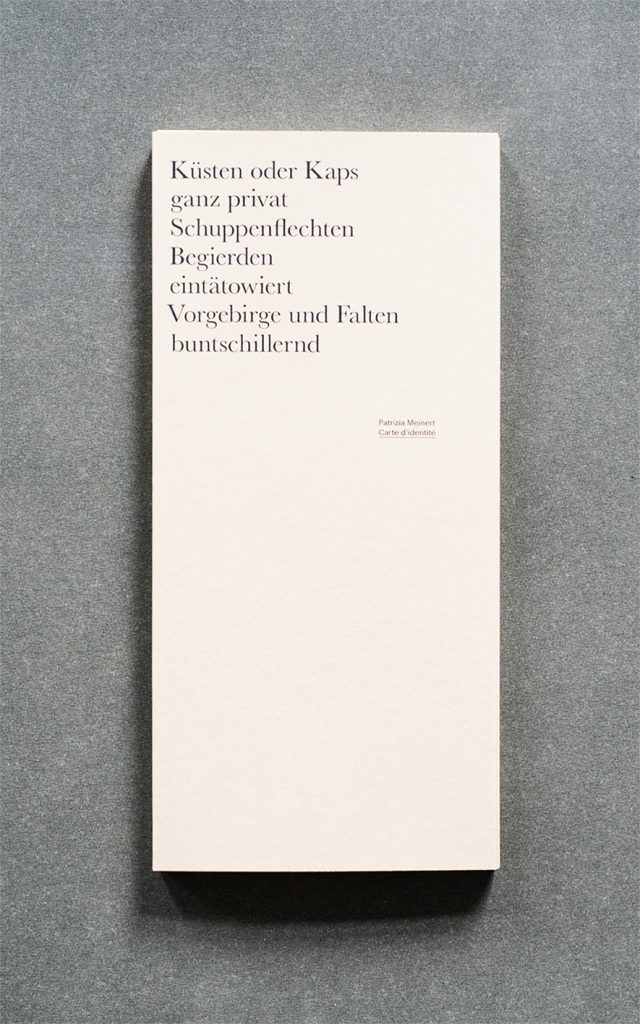 The cover of the folder showing the title: carte d’identité and a selection of five words taken from the list inside (saying: coasts and capes, entirely private, psoriases, desires, tattooed, promontories and folds, variegated.) 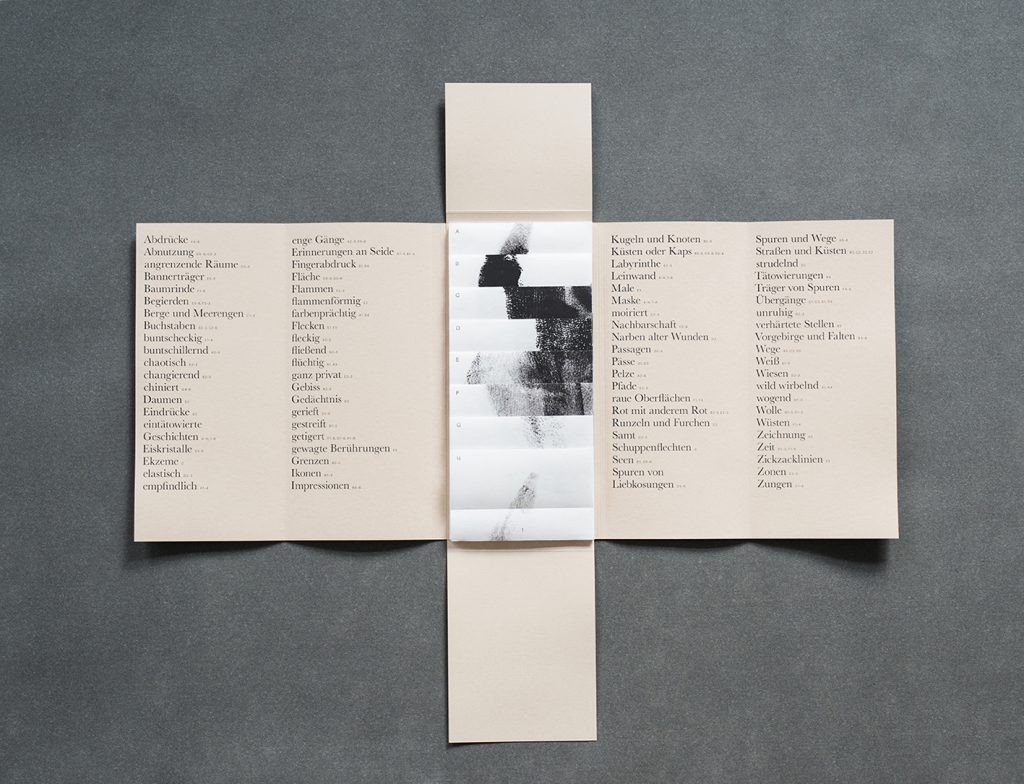 The folder fully opened: The entire list of words plus coordinates can be seen at a glance. The center of the folder houses the map. 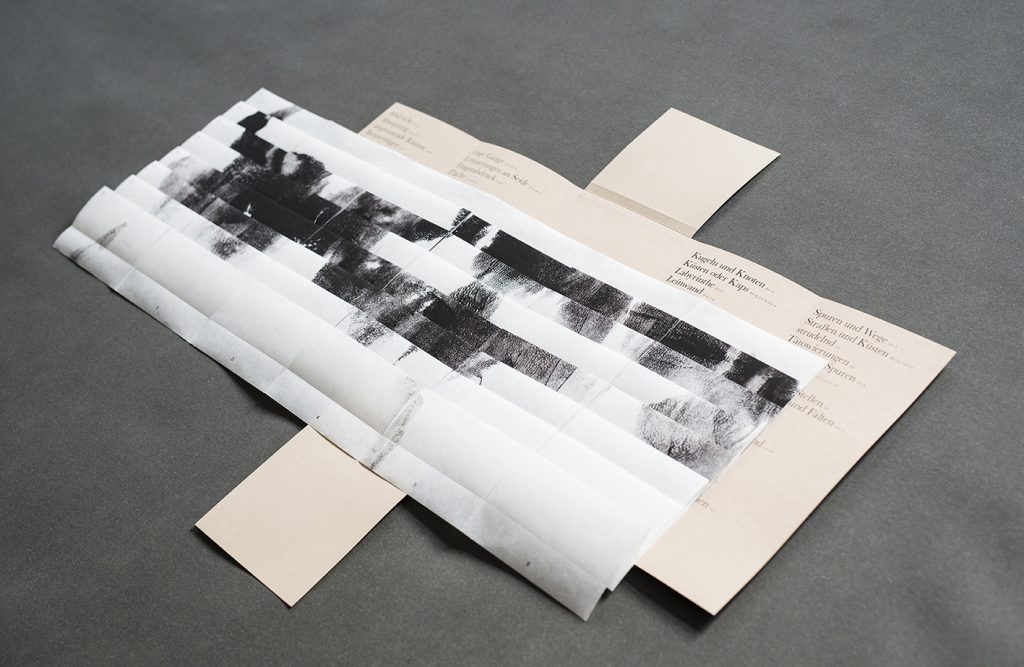 The map fully unfolded horizontally (it corresponds to the circumference of the body). The coordinate system shows up completely (The numbers are placed at the bottom, the letters at the left margin). At this point the viewer is invited to start connecting the words with the areas of the map by means of the coordinates. 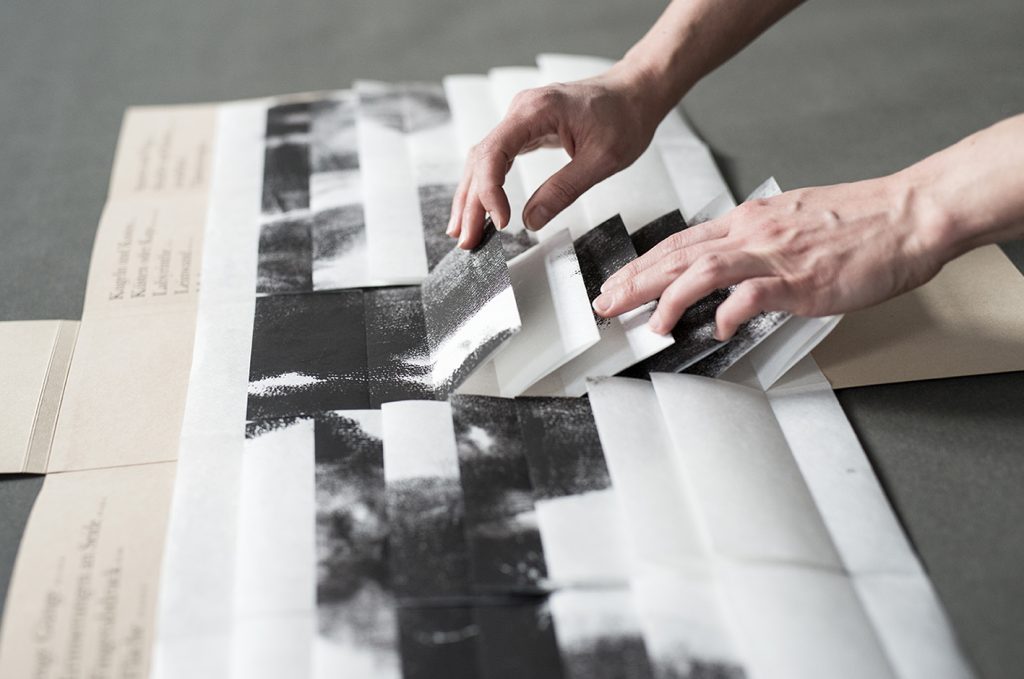 The structure of the map allows to browse through it’s single sections and to approach the desired areas without unfolding it. 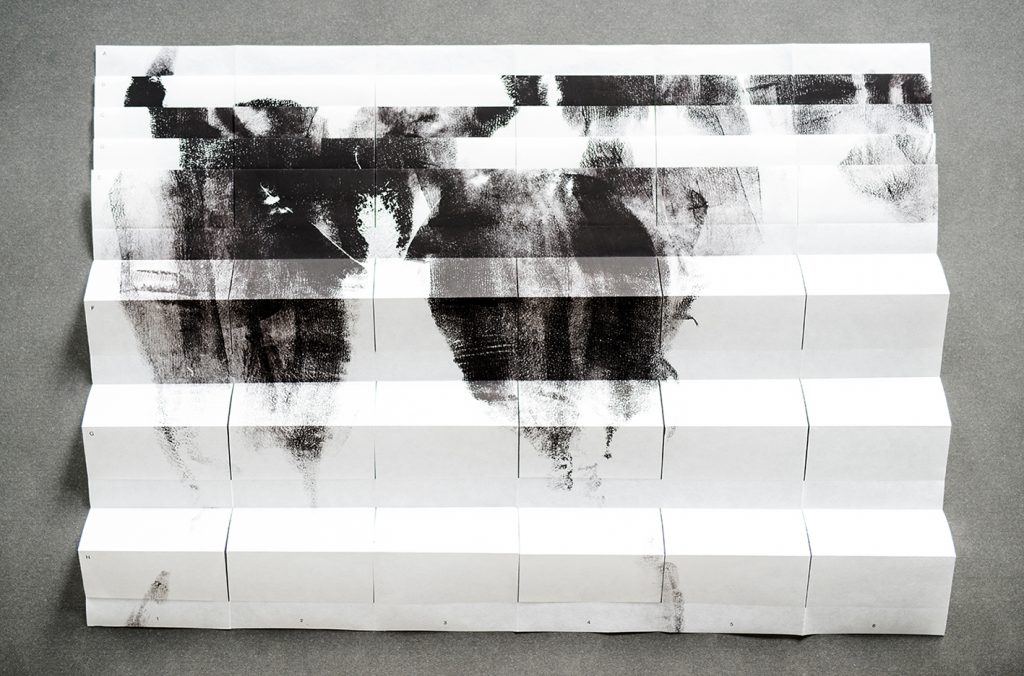 But, of course, the map can also be unfolded entirely to expose the whole body print.

“The skin is a variety of contingency: in it, through it, with it, the world and my body touch each other, the feeling and the felt, it defines their common edge. Contingency means common tangency: in it the world and the body intersect and caress each other.”* Carte d’identité reveals the intimate topography of the body’s surface. Each copy is a one of a kind body print on Kozo paper — elaborately folded into a map.

The body of the book has become a vital subject of my artistic approach. It developed from my research on time in books. While I was working on a set of artist’s books focussing on time and movement (inspired by Henry Bergson’s philosophy of time) I became aware that the body and the physical presence of the book remained a basic and fundamental condition — even though I stubbornly intended to specifically emphasize the temporal aspect. This experience helped me to gain a deeper understanding of the physical dimensions of book structures and the way they influence the reader’s perception. And it was the starting point of this project which eventually led to the idea of using my own body as a print form.

When I came across Michel Serres’ The Five Senses: A Philosophy of Mingled Bodies I new it had to be a map. According to Serres our skin is like a landscape which bears the traces of what we experience in our lives. He describes this idea using poetic comparisons and paraphrases. I collected the words that seemed substantial to me and put them in an alphabetical order. After printing the body map I started to connect the different zones of my body with these words by setting up a coordinate system. This intimate and subjective examination as well as the immediacy caused by the direct contact of skin and paper makes the Carte d’identité a very personal work.

* Michel Serres: The Five Senses: A Philosophy of Mingled Bodies, 2009