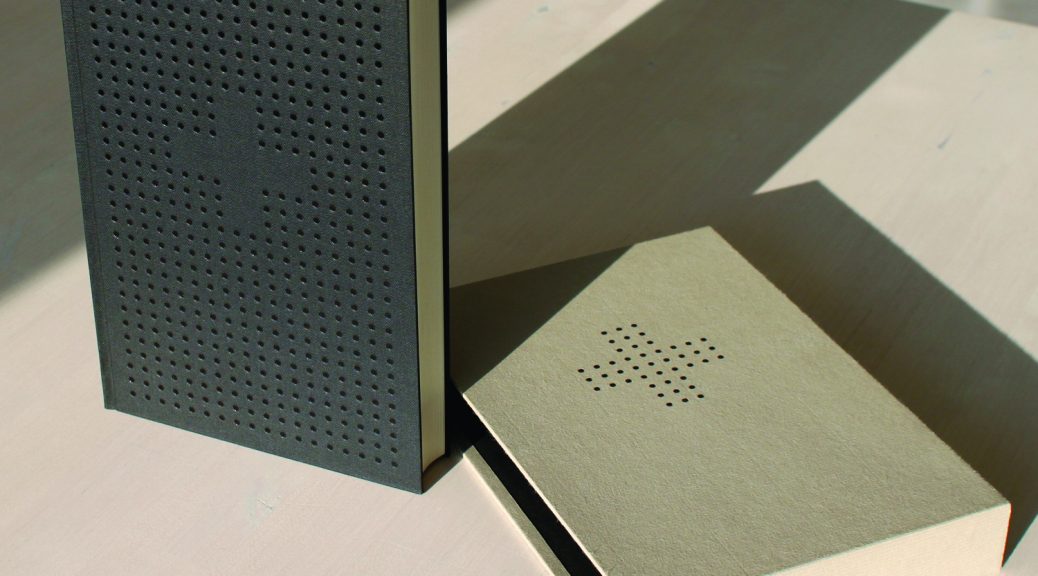 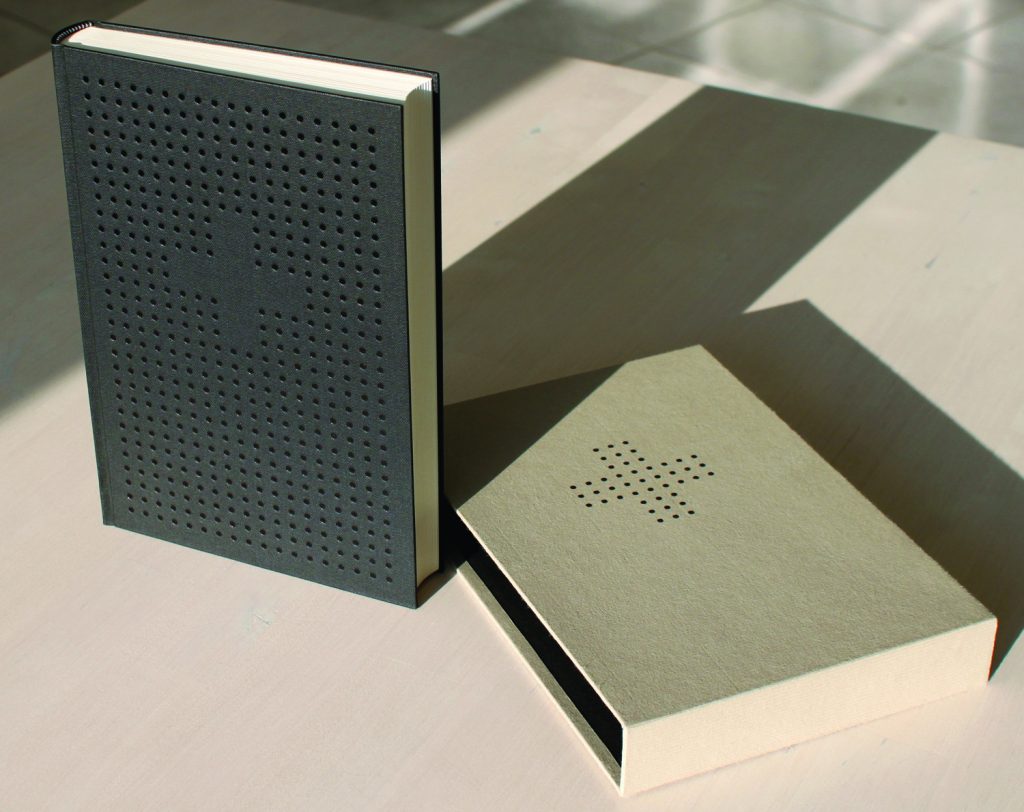 The image shows the cover and slipcase of the Book of Hours. The cover is bound with black cloth and embossed with black glossy foil. The slipcase is covered with light gray Bugra-Bütten letterpress printed with a cross in dark gray. 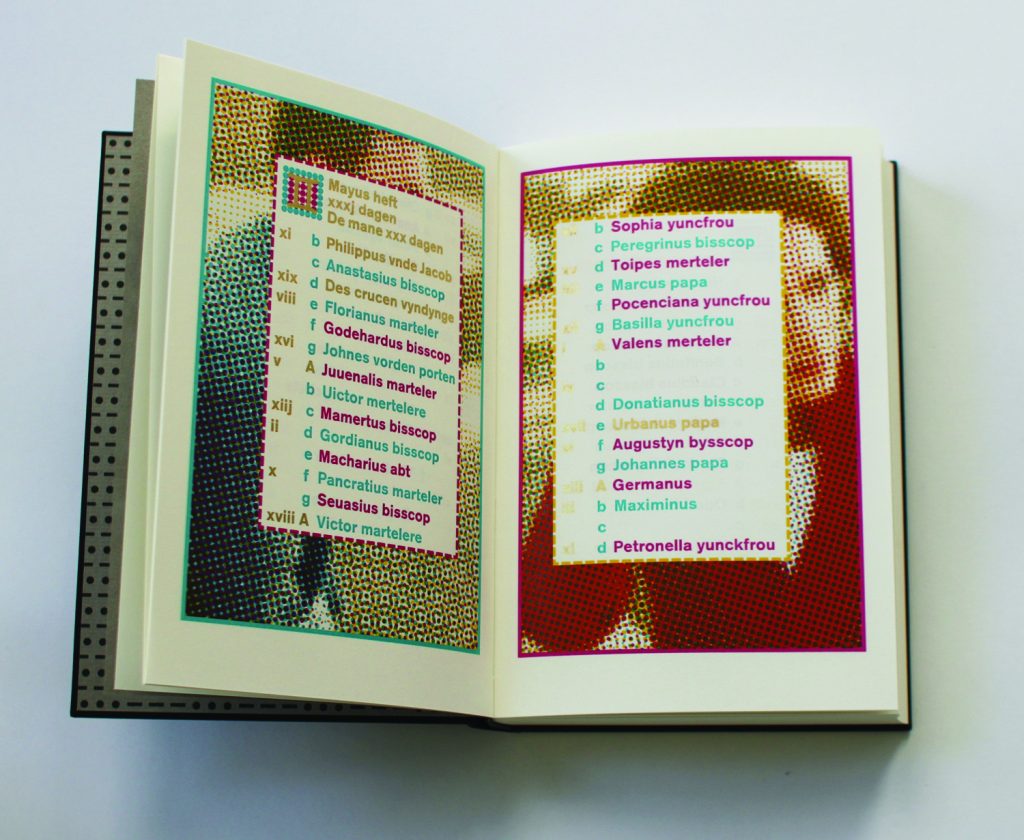 The image shows the calendar douple page with the month of May.
Every Book of Hours starts with a calendar, so too the model I used for my remake. May is the month of love, the picture borders show a woman and a man, using contemporary material. 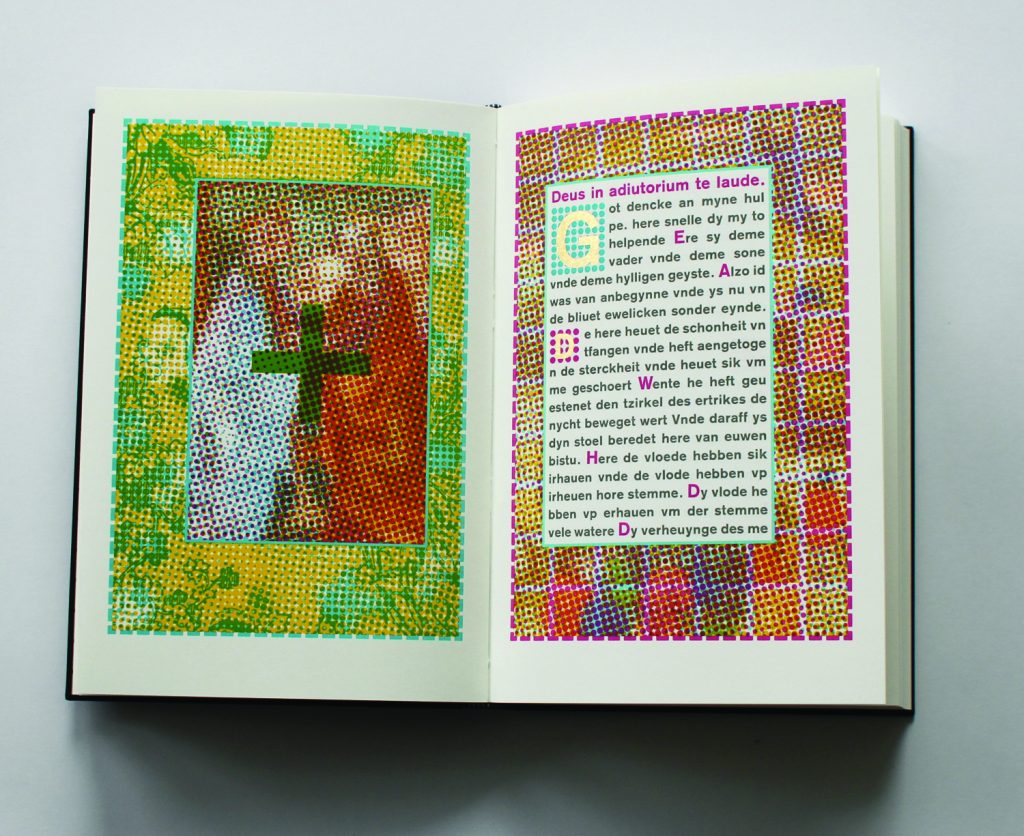 Shows an illuminated douple page of the Office of the Virgin Mary.
Mary, pregnant with Jesus, visits her cousin Elizabeth (pregnant with John) and gets blessed by her. Green, the color of hope, plays a role in the image. 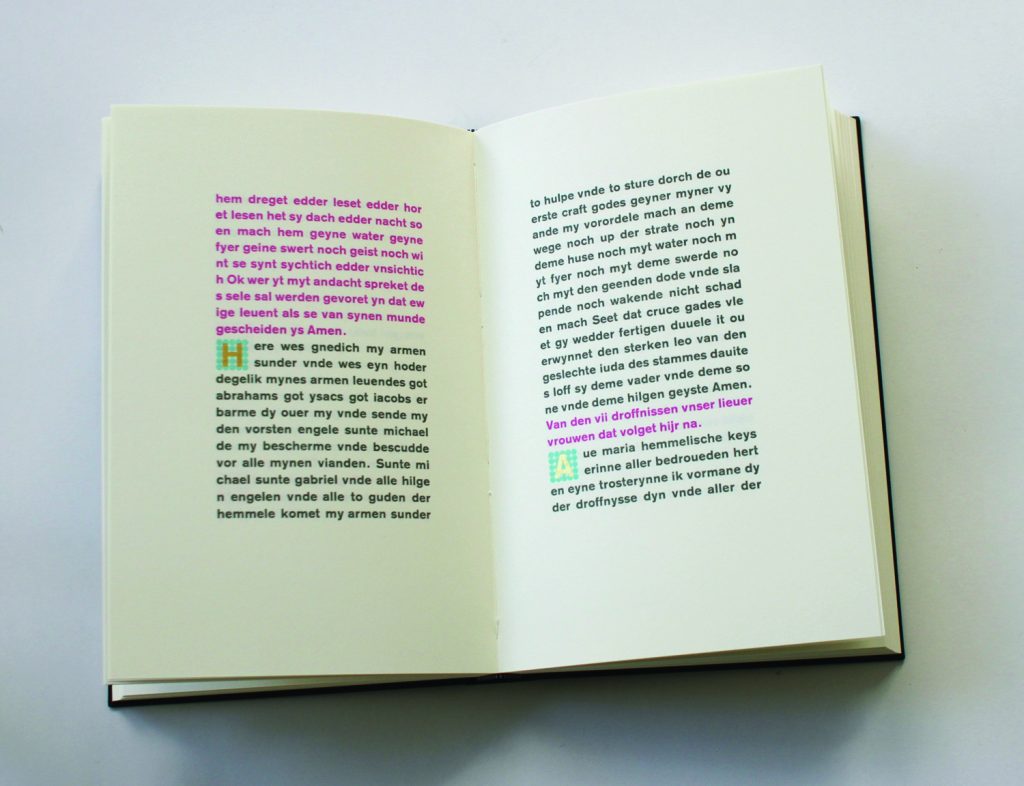 Shows a text douple page of The seven Penitential Psalms. Although the typography is a modern one, using the typface Akzidenz Grotesk, the use of colors and decorated capital letters follows strict the old manuscript model. But the used colors are only Magenta or Cyan, and for the main text a dark gray (no black), and of course gold leaf. 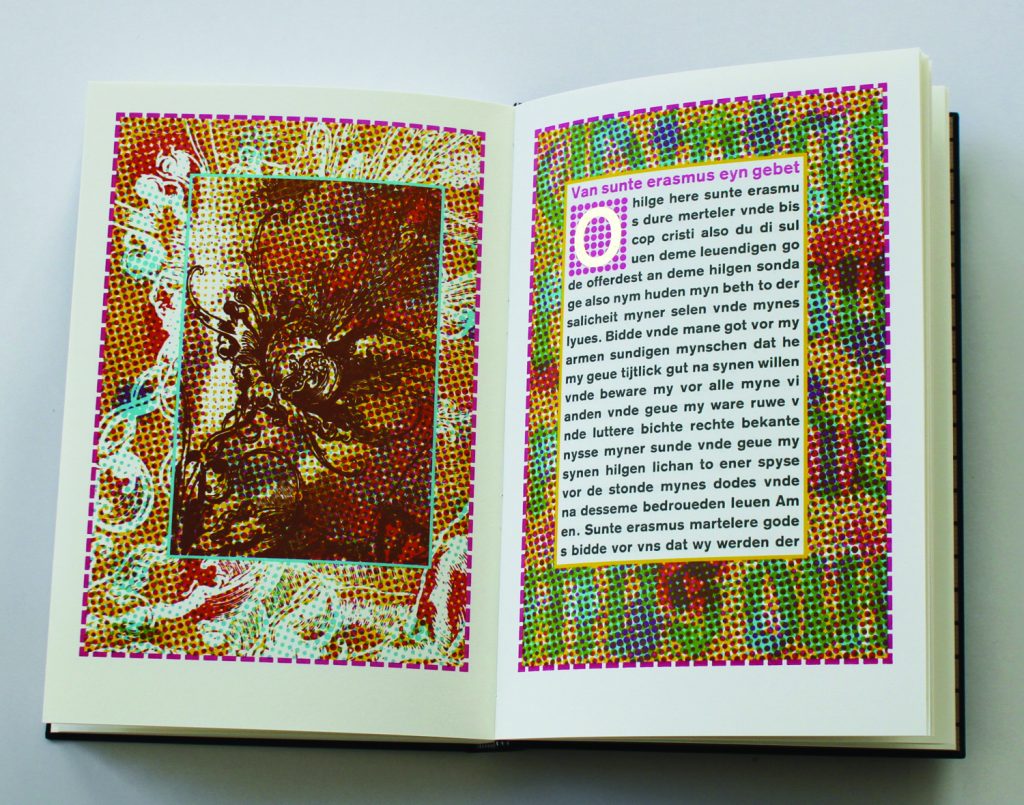 Shows the illuminated douple page of the Prayers to Saint Erasmus.
Here as in all illuminated pages (except the calendar pages) the image of the original manuscript lays in the background. Since the old image is manipulated and covered with new material it’s scarcely to recognize.

The initial trigger for the project of a remake of a medieval Book of Hours was the desire, after many years of working with contemporary book art, to cast a look back onto early book-art. I was, of course, aware that the conditions and strict rules of those times were totally different, not at all comparable with the “anything goes situation” of today’s book art. In spite or maybe just because of that I tried to bring the text and pictorial contents of a 500 year-old book into a contemporary form, to turn it into an object of today’s book-art. The original for my remake of an early 16th century Book of Hours is a parchment manuscript in the collection of the Herzog August Library Wolfenbüttel: the so-called Stundenbuch Herzog Augusts des Jüngeren (Book of Hours of Duke Augustus the Younger). It is written in a Low German of the time that I gradually learned to read and understand. For me this was an important part of the work. I had to transcribe the Book of Hours’ texts using a digitalized version and used later on all of it, apart from a few exceptions, for the remake. For the design of the 81 illuminated pages I used image elements from the digitalized manuscript version. I edited the images in Photoshop and, using color separation, generated screen films from which I created polymer plates. The printing
was then done from three plates (yellow, magenta, cyan) without black, in letterpress. The texts were hand set and also printed in letterpress. I did the gilding with 22.5 carat gold-leaf. Another important point: the size of the original manuscript is only half as big as my remake. But such a small format seemed unsuitable for my
work and I decided on double the size, knowing that it would still be a manageable format.