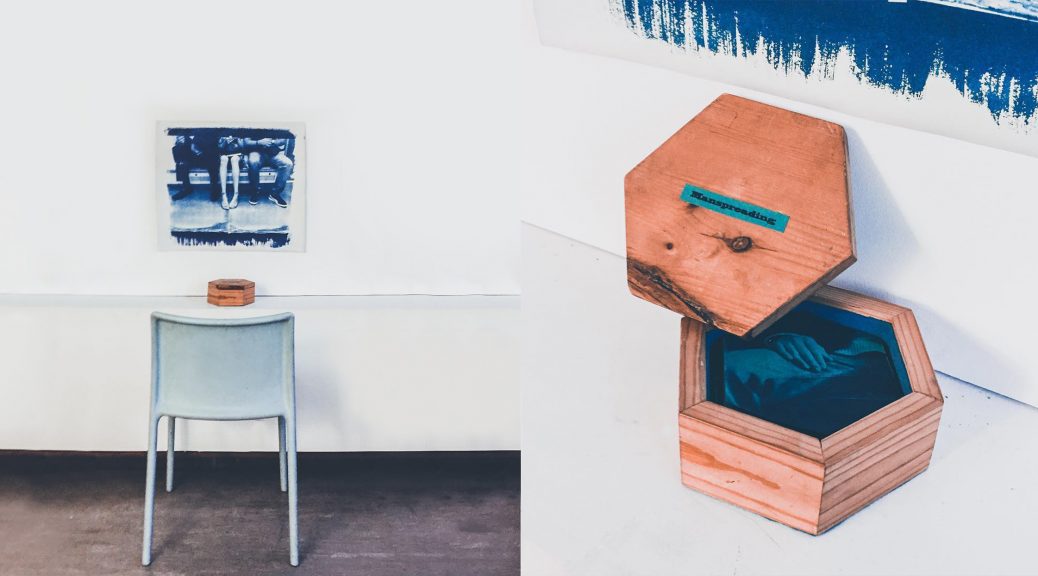 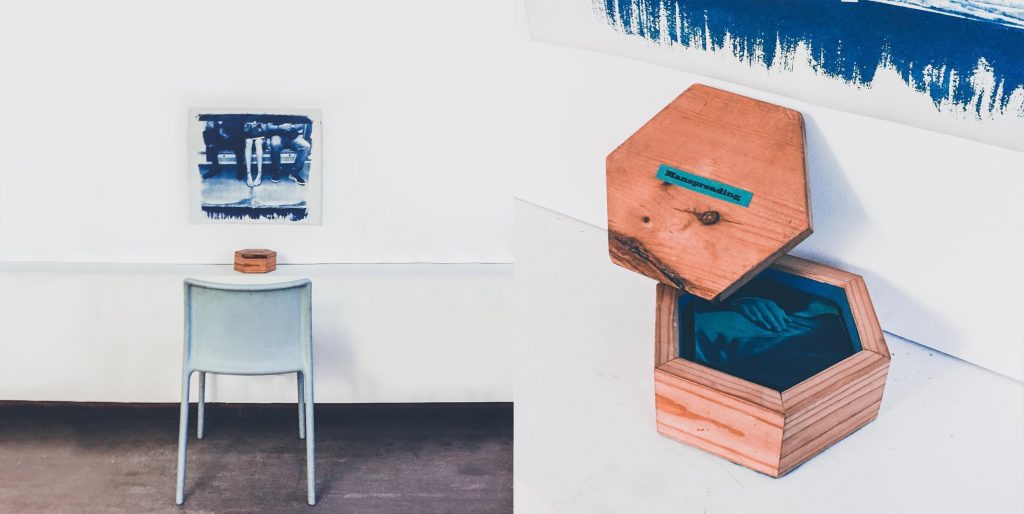 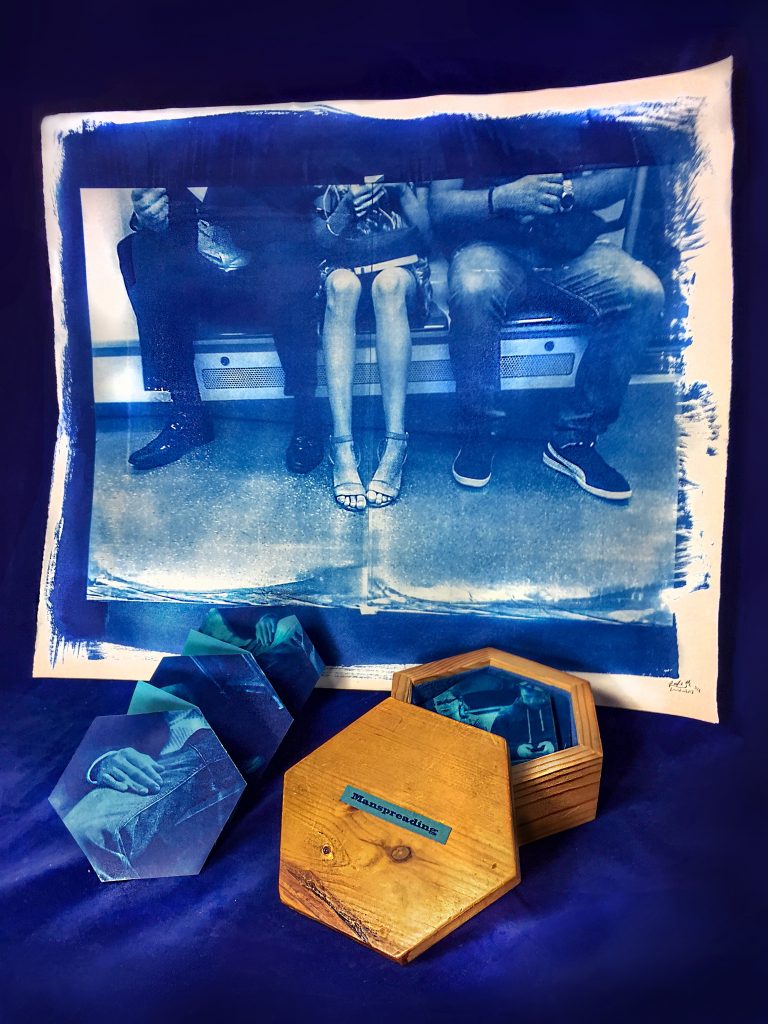 The definition of manspreading is ‘The practice whereby a man, especially one travelling on public transport, adopts a sitting position with his legs wide apart, in such a way as to encroach on an adjacent seat or seats.’ (Oxford dictionaries 2019)

In my research, I noticed that manspreading is a new word that was just included in the Oxford dictionaries in 2015 and as a consequence, there are not many sources in archives and collections in the UK yet. So, for this reason, I have been reading articles and journals like ‘The Guardian’ who are using this concept to start a discussion. My investigations include some feminist and humanist theories such as ‘Some reflections on the Right of Man’ and tracking the hashtag manspreading on social media who has nearly 57,000 images on Instagram. Also getting to know activist women running collective spaces like the Feminist Library and initiatives by Lu Williams who is the director of GRRRL Zine Fair, has been highly motivating to develop a political perspective within the book arts field.

This art installation focuses on the act of manspreading as subject matter, the reader is invited to sit down in front of a manspreading scenario made in cyanotype. From this viewpoint, one might explore gender inequality and possible authenticity issues through image content. As the book includes more images than text elements, the main spectator then becomes participant by sharing thoughts and feelings about the topic with people around. The artist’s book deals with the idea of banning this behaviour, asking to sign a petition addressed to Transport for London.