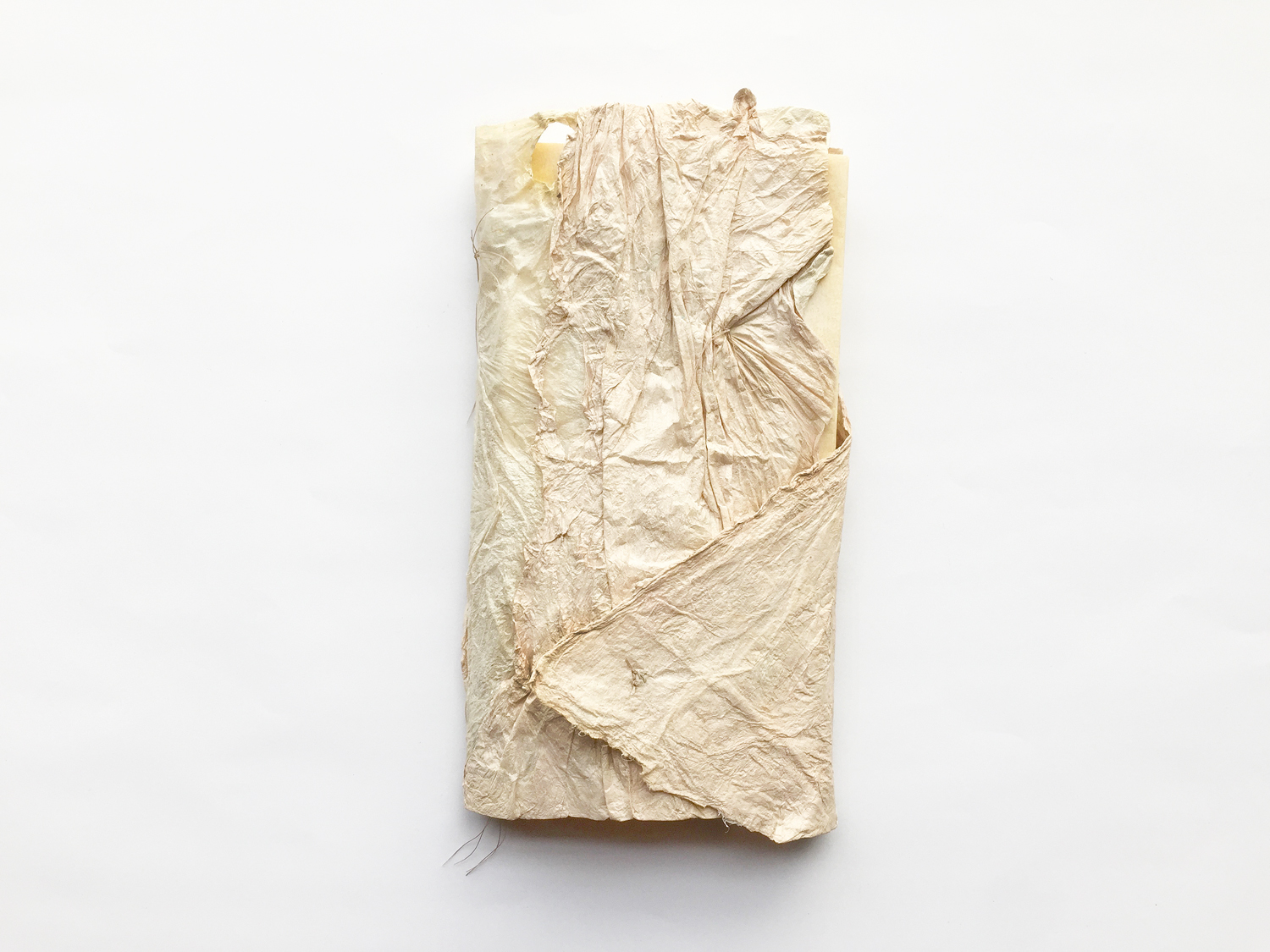 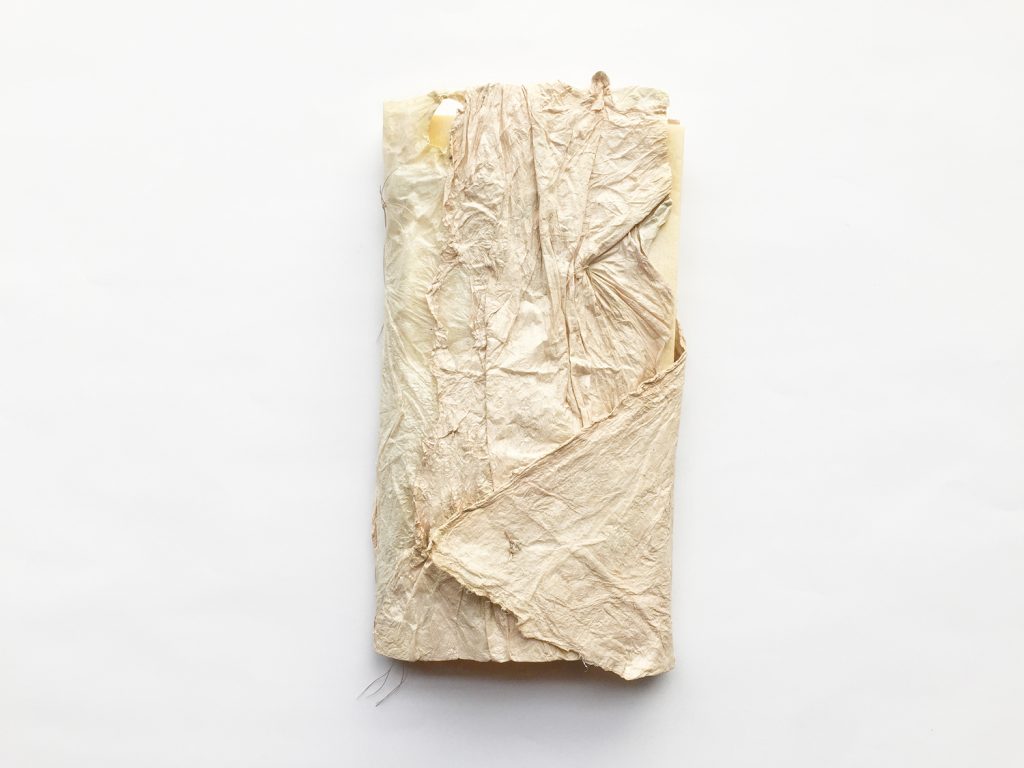 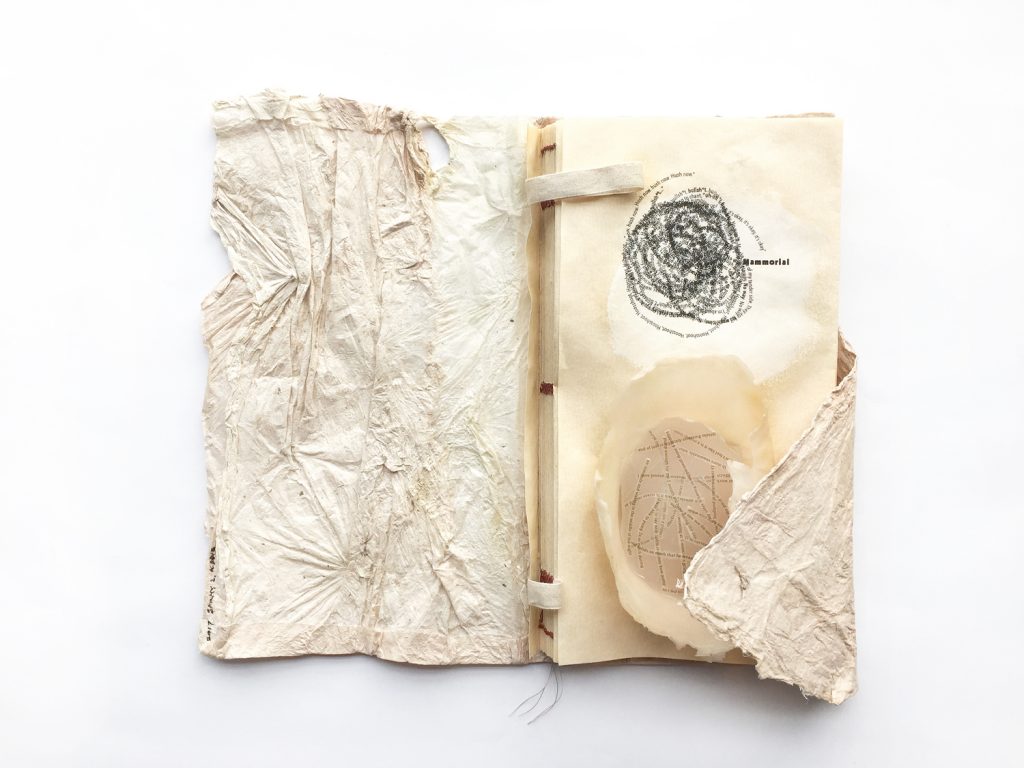 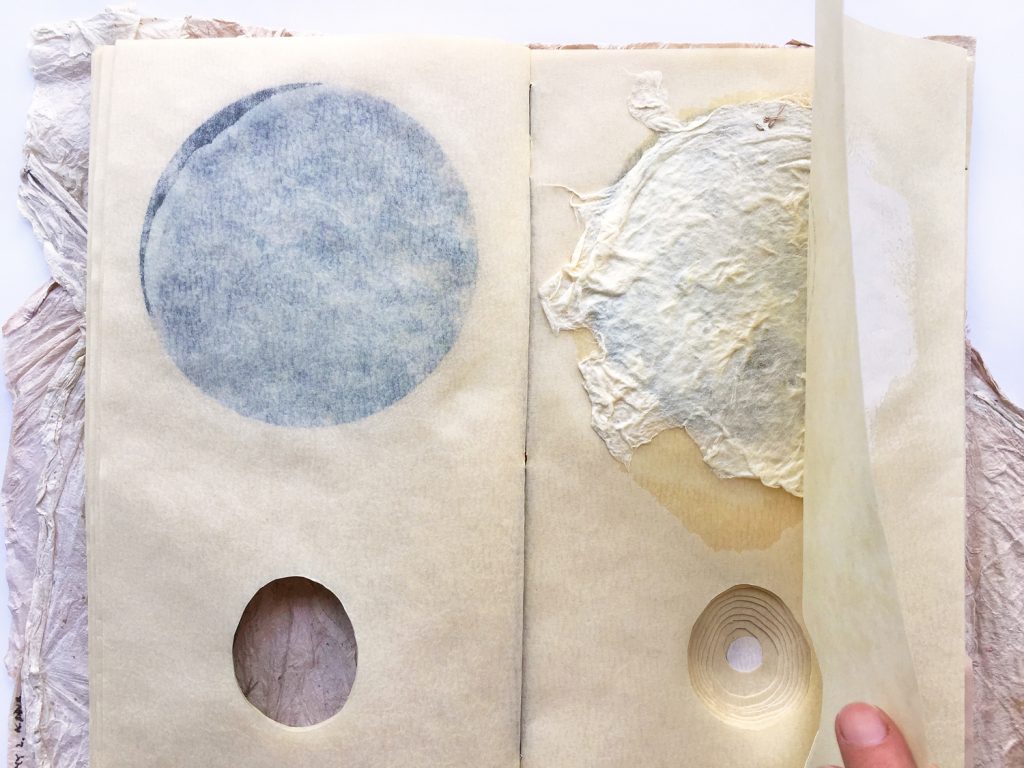 Page view, verso showing reverse side of breast imaging print.  Recto, a fold out page revealing a “leak”, a handmade paper depicting breast tissue underneath.  Text is printed on the front side of the fold out, but not shown on the photo due to unfolding. 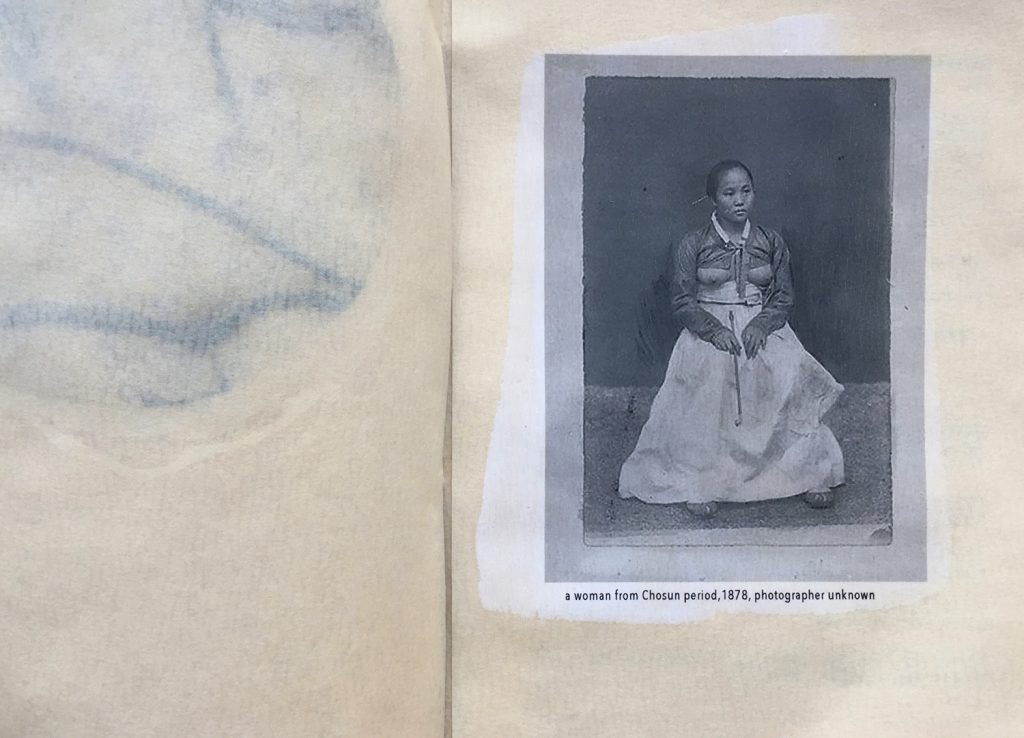 Close-up page view, verso showing reverse side of breast imaging print, recto with a printed photo of a woman from old Korea. 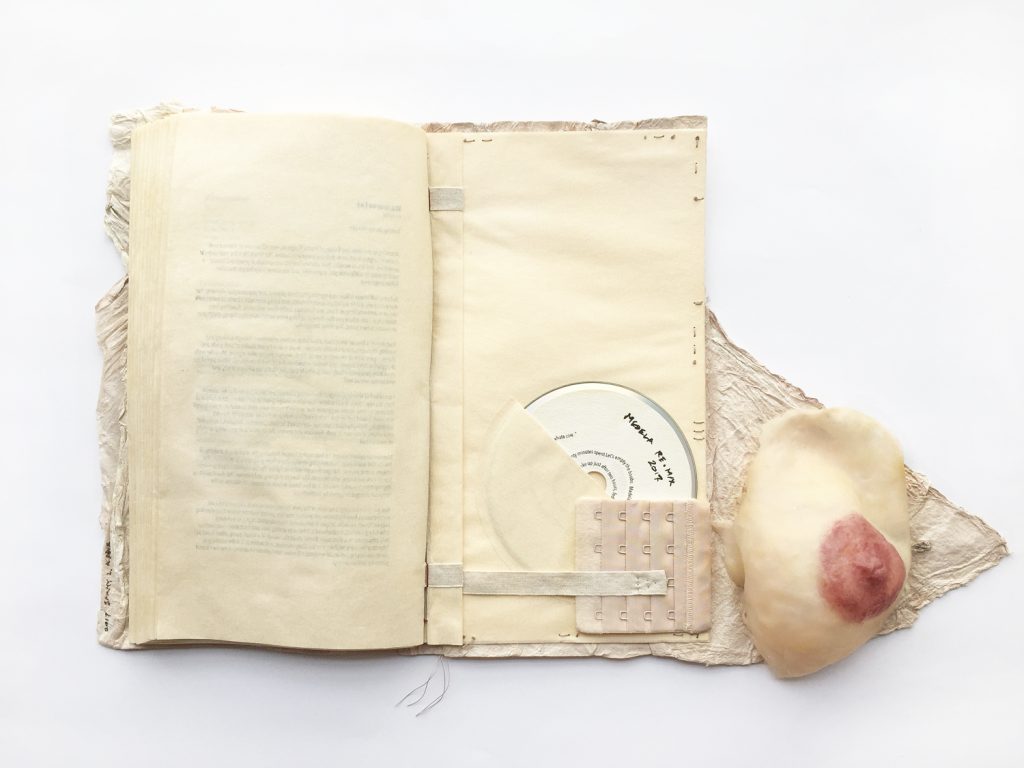 Open, a CD with a recording of breast pump sound mix is nested in a pocket, secured by a clasp.  Silicon breast, removed from the book shown

According to the American Society of Plastic Surgeons, over 60 percent of mothers seek cosmetic surgery to return to their pre-pregnancy bodies. The breast lift is the most popular procedure, and it’s no wonder. Pert, youthful breasts are symbols of power and beauty — a stark contrast to oddly enlarged, pigmented, and sometime leaky breasts that often follow pregnancy.

But poor self-image following pregnancy has both physical and psychological elements. For many mothers, public nursing is uncomfortable, and being seen with a bottle of breast milk can be as embarrassing as if one was holding a bottle filled with urine. Speaking from experience, I can assure you that there is nothing more humiliating than being attached to an electric breast pump, like some Jersey cow.

Mammorial is thus an artist book about what women experience through birthing and nursing. Throughout one’s bodily changes, there is an inherent duality of both pride and shame. I gave birth to my second son in 2015, nearly a decade after my first. My older body struggled to carry, deliver, and sustain a newborn the second time around. While part of me viewed my postpartum body with gratitude and awe, I felt a fair amount of pity and embarrassment as well.

I conceived of Mammorial upon discovering a Korean portrait of a bare-chested woman from the late 1800s. It was a rather scandalous image given Korea’s conservative culture at the time; societal norms suggested that women’s curves were best concealed in public until one bears a child and nurses. I imagined this mother and other women of the past celebrating their physiques, perhaps like today’s feminist protesters. Inspired, I embarked on a project of my own to both showcase and process the physical and psychological shifts of motherhood.

Mammorial centers around 16 histological images featuring the microscopic anatomy of breast cells and tissues. Documenting various stages from pregnancy to involution, the images mimic botanic changes through seasonal cycles: the transformation and proliferation of milk-producing cells blossom like flowers in spring and summer. The visual parallels highlight the beautiful, natural, and functional aspects of breasts, in addition to the temporal changes triggered by motherhood.

And yet, breastfeeding is no walk in the park. Within Mammorial’s silicone breast are printed stories from frustrated and anxious mothers, pulled from the online breastfeeding support forum, La Leche League International. From sleepless nights to pumping schedule conflicts, motherhood is filled with anxiety, fear, and frustration. I was particularly empathetic to a discussion thread about the sounds of a breast pump, often heard as “chanting” to many mothers who are sleep-deprived, and awake at 3 in the morning to nurse their crying babies. An enclosed CD mixes the rhythmic emissions of my own breast pump on various settings.