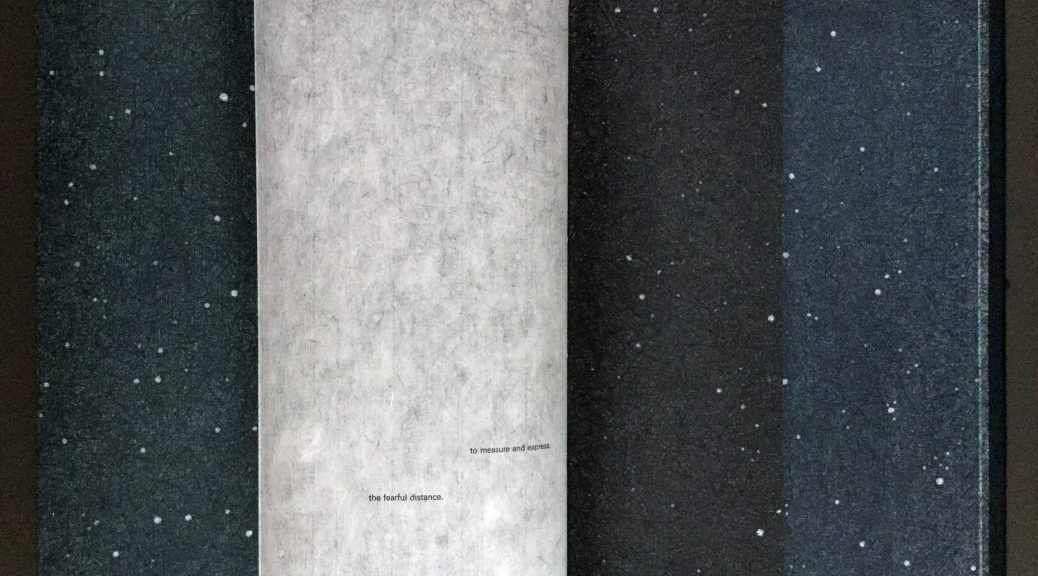 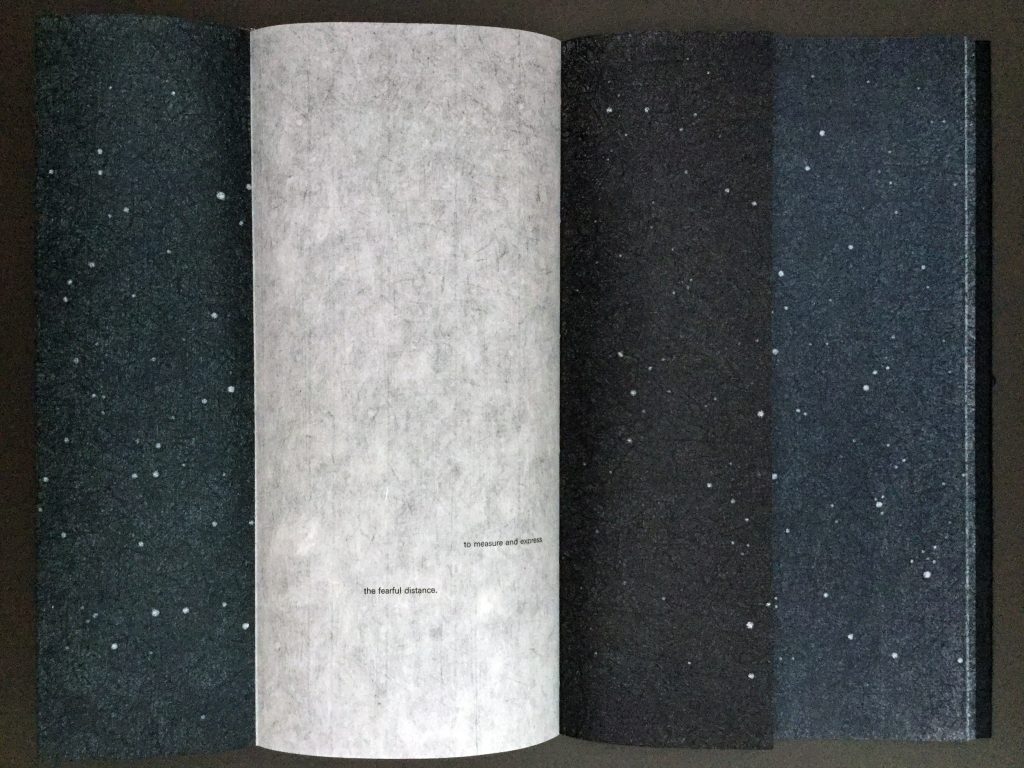 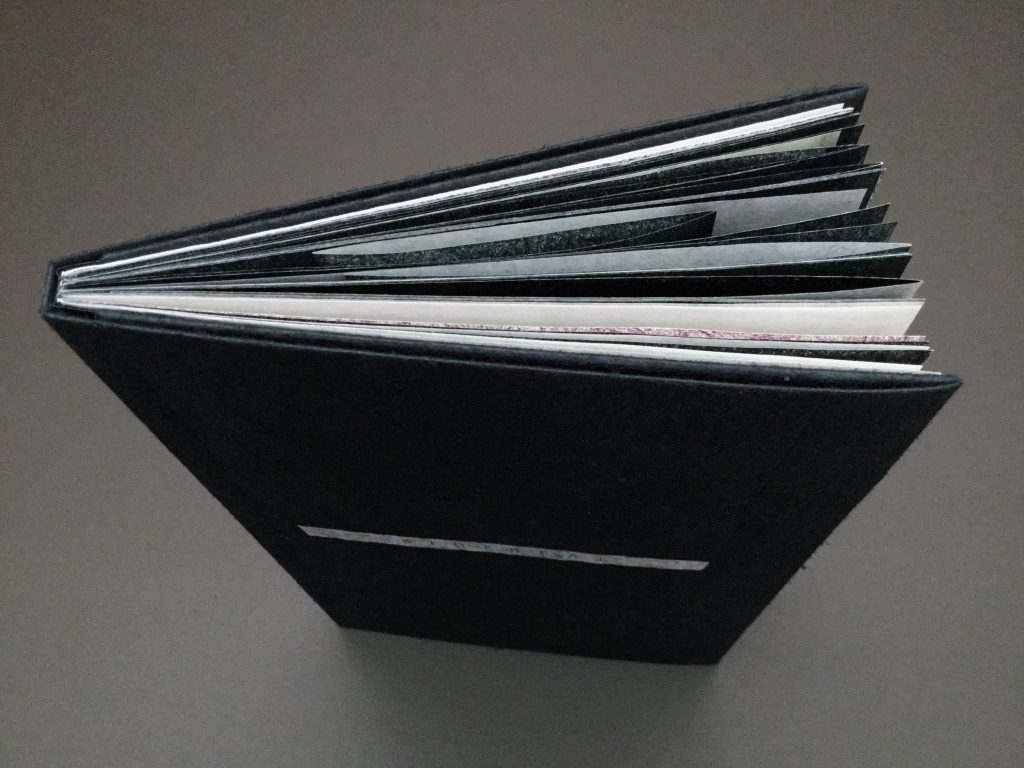 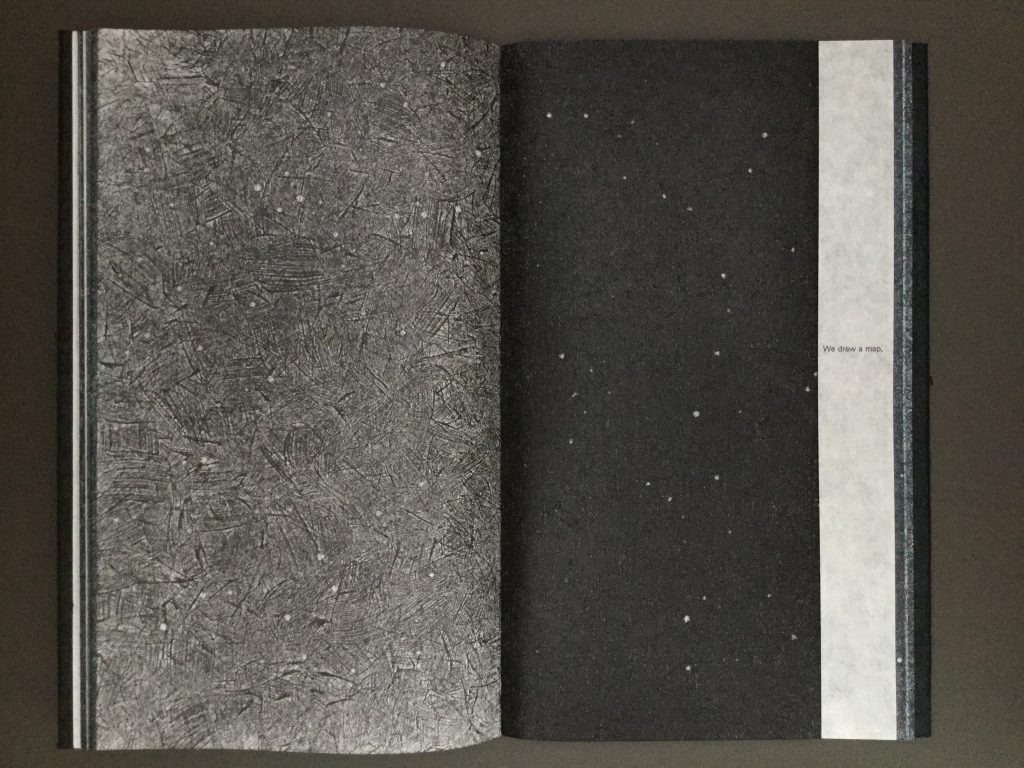 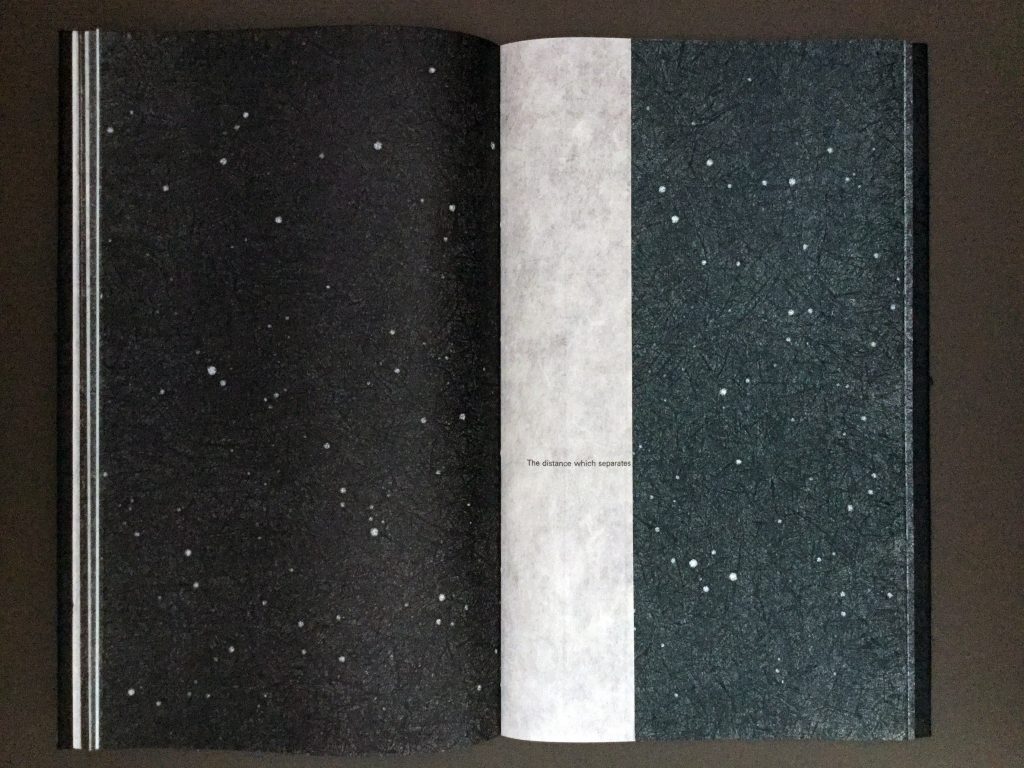 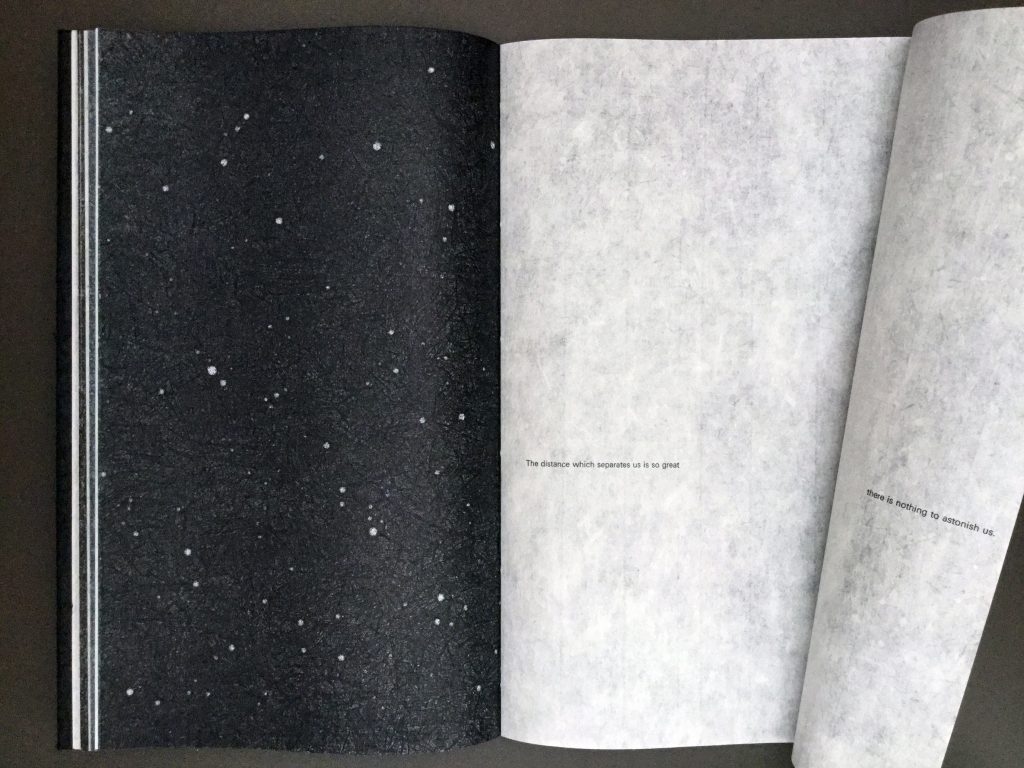 The sky is vast. The stars are far away. We imagine pictures in the points of light, and make stories to fix into our brains their position in the sky. I look up in winter and find Orion; I look up in summer and find the Big Dipper. Someone sometime tells me that we see a star’s light long after it dies. I think about that, watching for the ghost-light of an extinguished star.

The word sidereal means of or with respect to the distant stars. Sidereal time is a “time scale based on Earth’s rate of rotation measured relative to the fixed stars” (Wikipedia)

The stars [appear to] move across the sky because we move. Or rather, the orb on which we live moves. Wandering star means planet: a bright star moving at its own pace through the sky. We live on a wandering star. We think we see the stars move. They might already be gone.
Half of the entire heavens, scattered on all sides thousands in all directions // the naked eye able to see six stars.

Accidental research for this project began in early 2017. The full solar eclipse was coming; I was interested in the sky and browsed for old astronomy textbooks. The Heavens (1873) by Amédée Guillemin came up during a cursory library browse. Noticing it was last checked out from my University Library in 1964, I thought it deserved a thorough paging-through. The chapters in The Heavens were first published as popular booklets. All text for Sidereal is excerpted and reassembled from Guillemin’s prose, specifically from the chapters about stars. Images in Sidereal are hand-drawn from the diagrams of constellations found in the book.

Intentional research for this project began in early 2018. After a summer of reading The Heavens for an hour most mornings, I found common threads in the excerpts I had written down. Most had to do with distance or perspective. I started to think of stars as embodying a ‘closeness of distance’ – knowing that people thousands of years ago looked up at these constellations, made stories to mark their moments across the sky, made me feel close to them by looking at these far-away bodies. There was a push-pull of a vastness too great to comprehend, with a feeling of being connected to others through time – through this same distance. Humans, connected through time, separated by space.

What does it mean to be far apart? How do we measure that distance?
The distance which separates us is so great / there is nothing to astonish us

The book contains a number of fold-out pages. These are inspired by the map-folds of The Heavens. The fold-outs create a physical barrier and pause in the reading—their placement allows for multiple readings or new understandings of the texts they conceal or reveal. One sentence turns into a different sentence as a fold-out is fully extended.

Images are built by combining two letterpress processes: relief printed collagraph blocks, and pressure printing. The relief blocks print a fine brushmark pattern. The prints each use between nine and 14 collagraph blocks. The overlayering of the patterned brushmarks builds a dense pattern of fine lines similar to crosshatching. For each layer of the image, I change out the relief block, but keep using the same pressure print template. The stars were slowly built, layering ink and leaving the points of light blank. The type is handset Univers, purchased from the M&H Typefoundry. The paper is Okawara Handmade. The binding is a longstitch, with the bound book fitted into a modified conservation rebind wrapper. The edition size is 35. The book is housed in a drop spine box. Closed, Sidereal measures 12 inches tall, by 7.5 inches wide, with a spine width of 1⁄2 inch.

Sara Langworthy lives and works in Iowa City, Iowa. She is Associate Professor at the University of Iowa Center for the Book (UICB) where she is also Area Head of Printing and the Director of Studio Facilities. Her studio is located in the Cosgrove Institute, a two-story, 100-year old brick schoolhouse, located on the top of a hill and surrounded by gravel roads. She has lived in Iowa City since 2006. Previously, she lived in Minneapolis where she was affiliated with Minnesota Center for Book Arts and Highpoint Center for Printmaking. At MCBA, she was an Artist-in-Residence (2002-2004) and printed two editions of the Winter Book, Winter Reader by Louise Erdrich and Distance from the Sun by Louis Jenkins. She also taught workshops at MCBA (2002–2006), filled in for various vacated jobs as needed, and ran a letterpress printing and binding business focusing on custom work for local artists. During this time in Minneapolis, she began working with the Literary Arts Institute at the College of Saint Benedict, first as the binder for the artist book project Mirror of Simple Souls (Anne Carson and Kim Anno), printed by Mary Jo Pauly. She continued to collaborate with the LAI, designing and printing letterpress broadsides for their invited authors. This collaboration continued for over ten years. In 2006 she was invited to teach at the University of Iowa as a 1-semester fill-in…and never left. Over the past fourteen years her role at the UICB has been as adjunct faculty, Visiting Artist, Lecturer, and now Associate Professor. She received a B.A. from Grinnell College with a major in studio art, and an MFA from the University of Iowa.

Since 2001, Sara has made fine press artist books (under her own name, she never settled on an imprint) and broadsides. She produces on average one artist book every two years, though that math is not always evenly distributed. Her work explores how we attempt to explain and understand our place in the natural world, and often draws on scientific or philosophic writings as source material for the printed texts. She is drawn to the book structure as a means to gradually convey an idea across pages.

Sara’s work is exhibited and collected internationally and can be found in collections such as the Walker Art Center, The Library of Congress, Stanford University, Wellesley College, in addition to many others. Her book Naturans Naturata was awarded the Carl Herzog Award for Excellence in Book Design from the University of Texas, El Paso in 2018. Her book On Physical Lines was a finalist for the MCBA Prize in 2015, and for the Carl Herzog Award in 2016. She received an Artist Book Production Grant from Women’s Studio Workshop in 2001. In 2019, she was the Hixson-Lied Visiting Artist at the University of Nebraska-Lincoln. She was awarded the Emerging Educator Award from the College Book Arts Association in 2011. Sara teaches workshops nationally, and is a board member of the Fine Press Book Association.