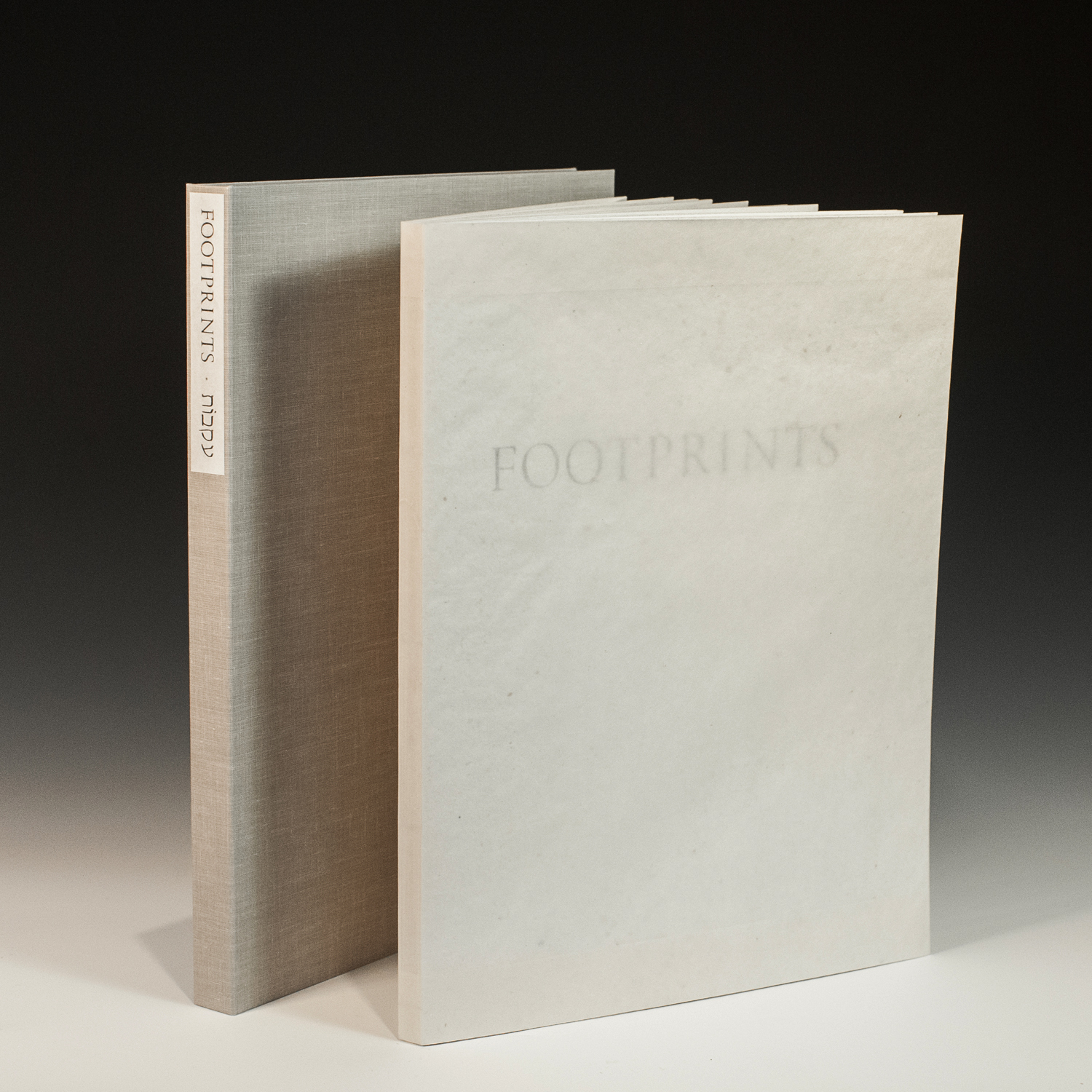 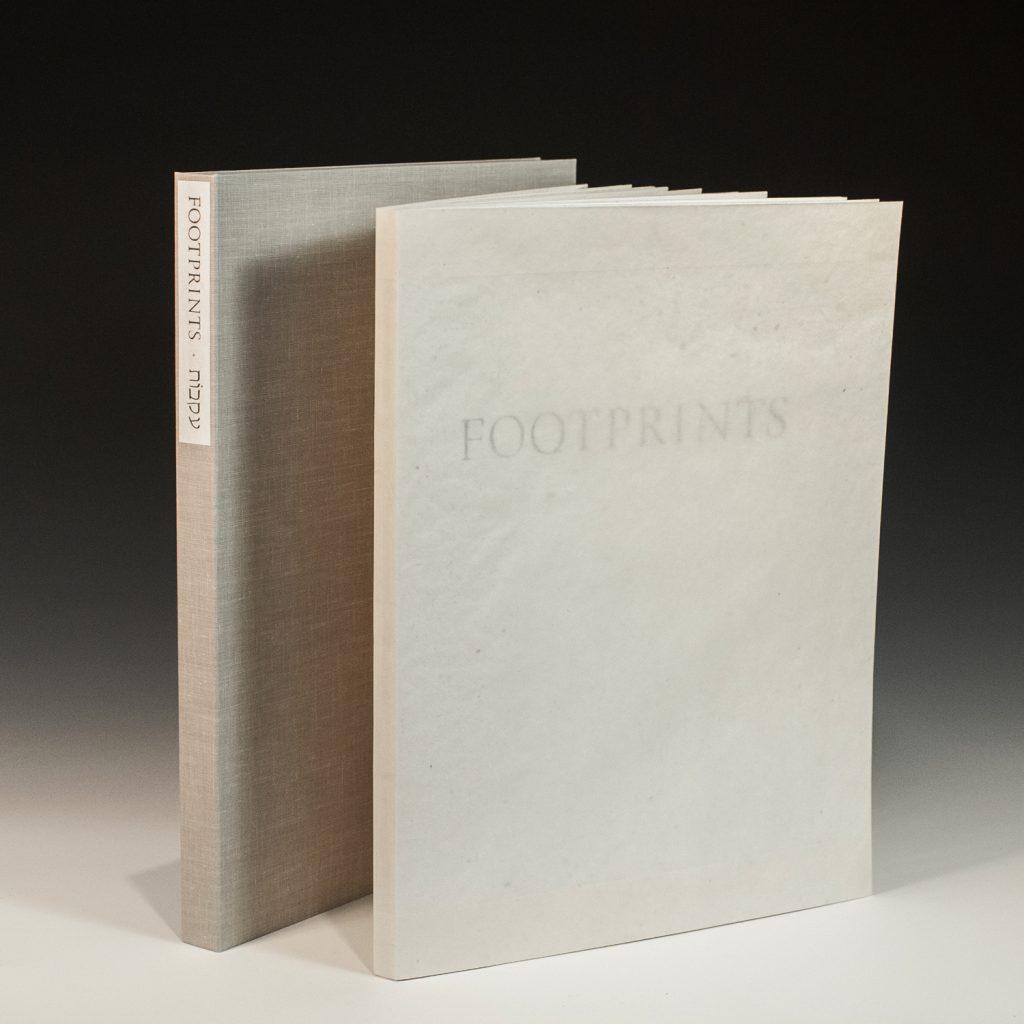 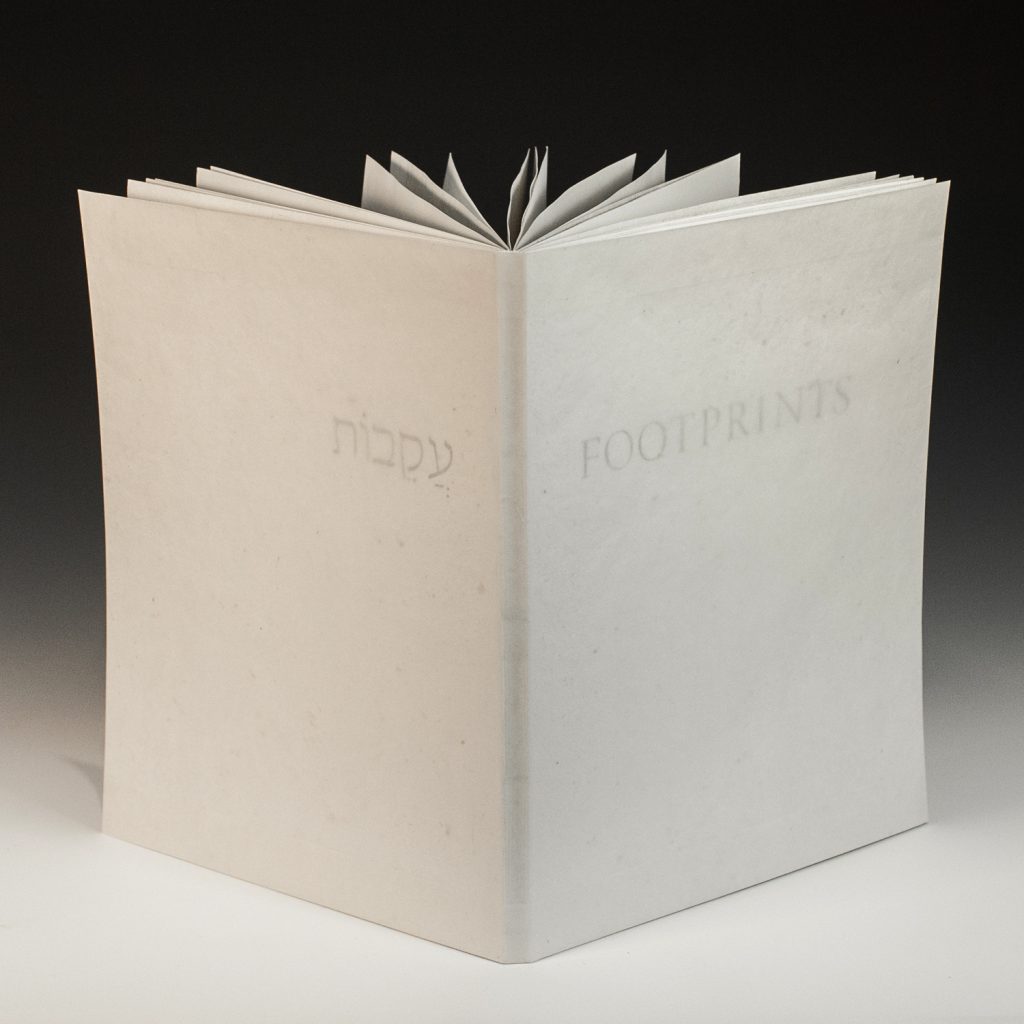 Cover from right ‘Footprints’ and left ‘Akevot’ (in Hebrew), representing the original poem and its translation that are the foundation of the book. The titles are intentionally partially obscured by the translucent abaca wrapper, but readable when held in one’s hand. 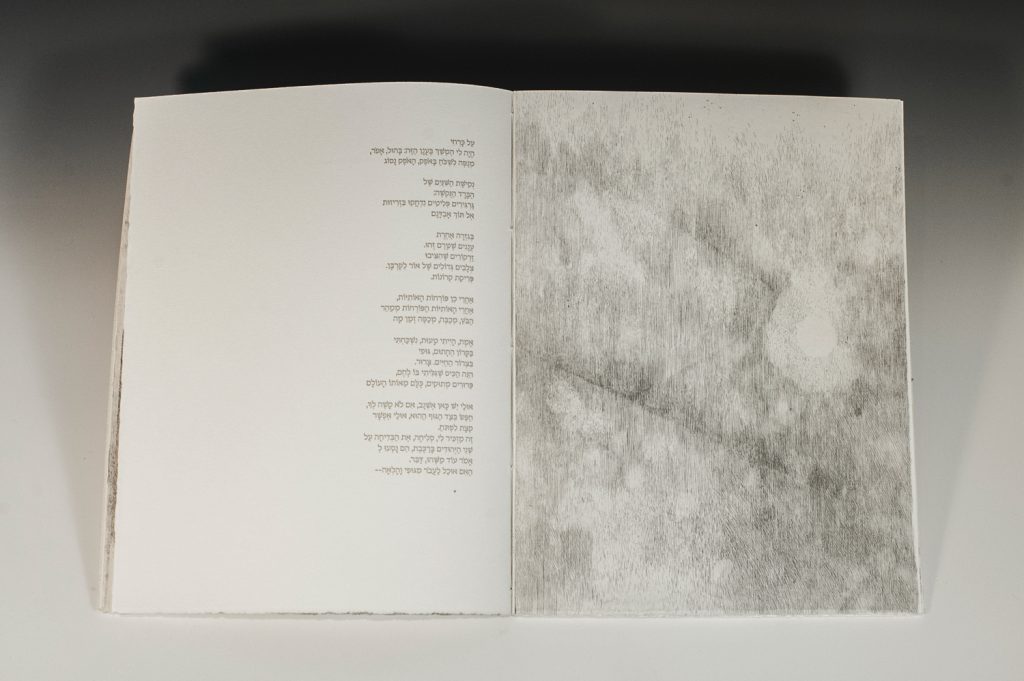 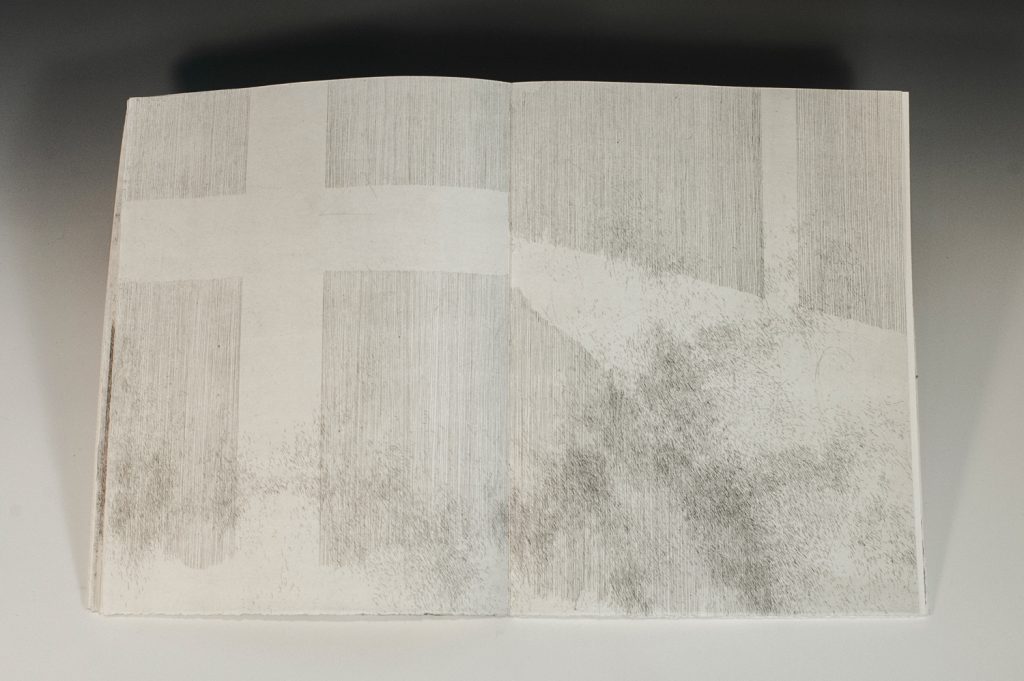 The knocking teeth/ of hail:/ seeds, refugees shoved quickly into their deaths./ 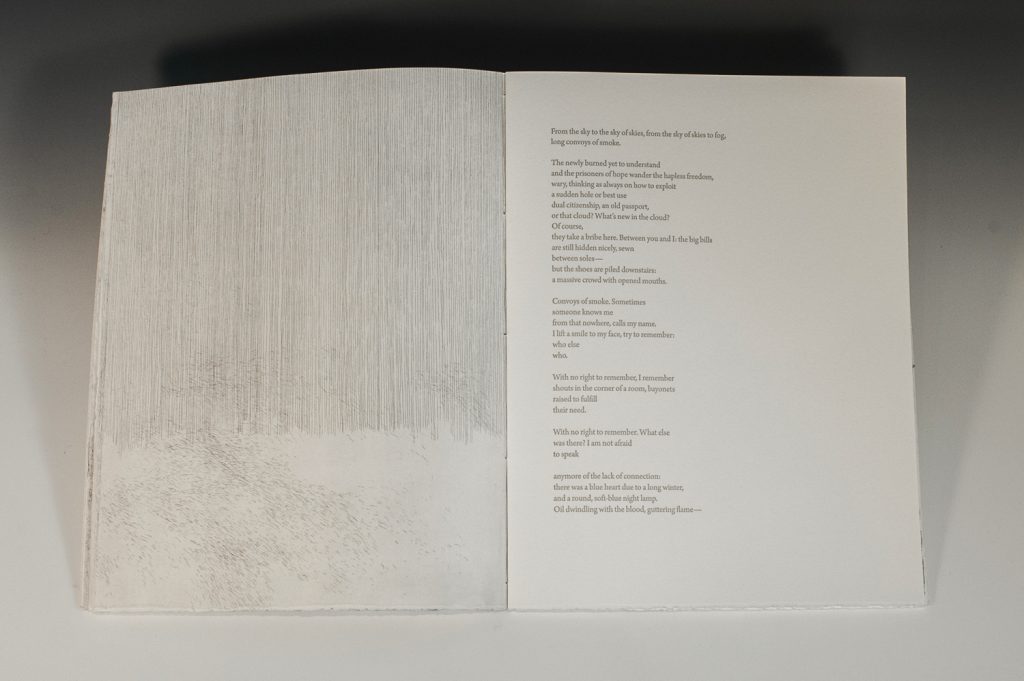 On another front/ unidentifed clouds./ Spotlights stationed/ in large crosses of light for victims./ The unloading of railcars.

I recently relocated to Leavenworth, WA from Portland, Oregon where I was a member of Atelier Mars printmaking studio for fifteen years, since 1999, and worked as a print and drawing instructor at Portland State University for seven years. As a teenager I attended Glasell School of Art in Houston, Texas and then received a BA from Hampshire College in Amherst, Massachusetts where I studied mathematics, physics and art.

My work is based primarily in drawing, printmaking, and book arts with a focus on formal aesthetics, the natural world, and history of place. My limited edition books are published under the imprint Wiesedruck after Schudeldruck, a press run by my uncle, grandfather, and greatgrandfather in Riehen Switzerland where my mother grew up. The Wiese is the stream that runs by the gardens and wildlife lands near my grandparent’s home.

Despite myself
I continue in this cloud: hurried, gray,
trying to forget. In the distance the distance is retreating.

The knocking teeth
of hail:
seeds, refugees shoved quickly
into their deaths….”

“The newly burned yet to understand,
the prisoners of hope, wander the hapless freedom,
wary as always on how to exploit
a sudden hole or best use
the duel citizenship, the old passport,
or that cloud? What’s new in the cloud?
Of course,
they take a bribe here. Between you and I: the big bills
are still hidden nicely, sewn
between soles—