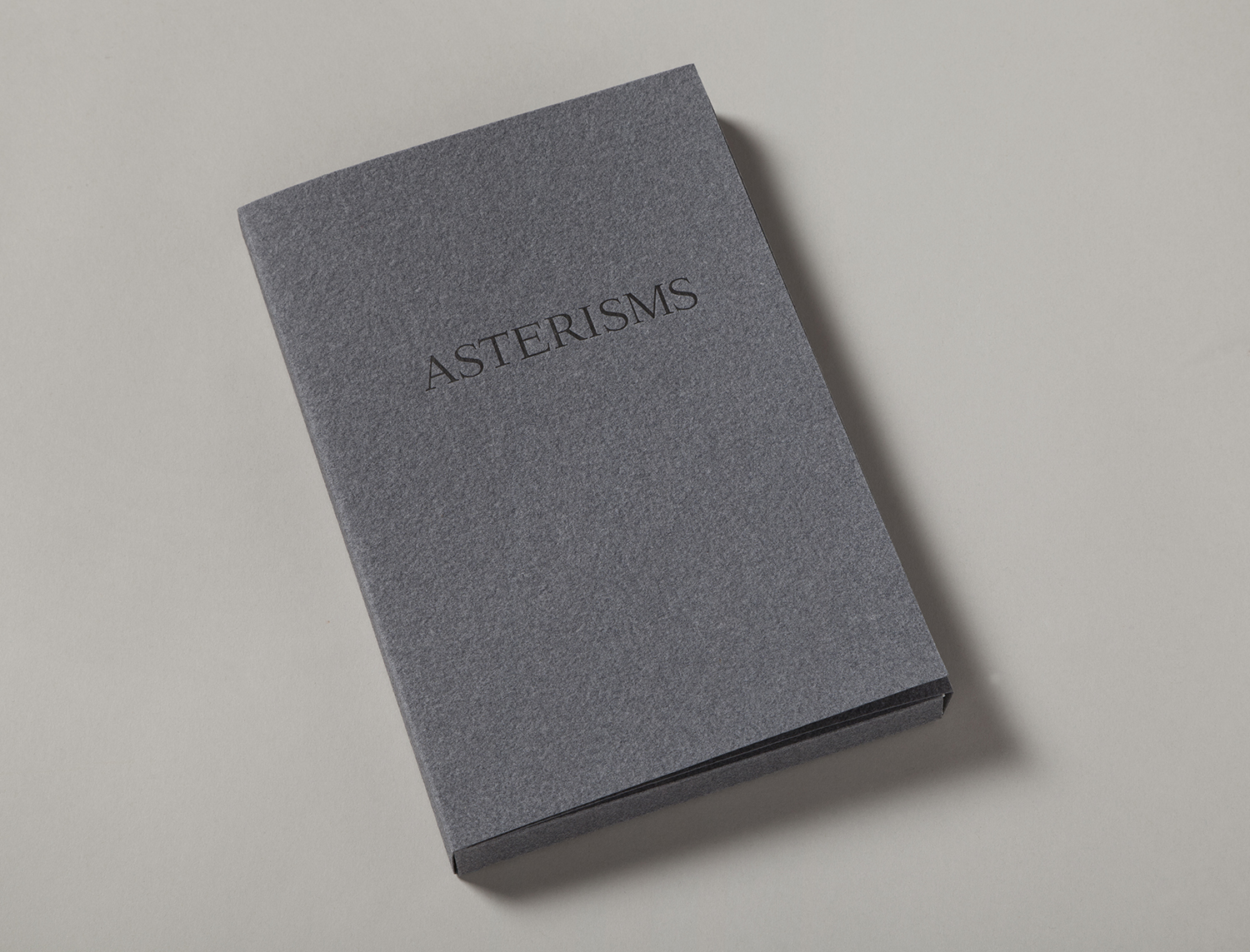 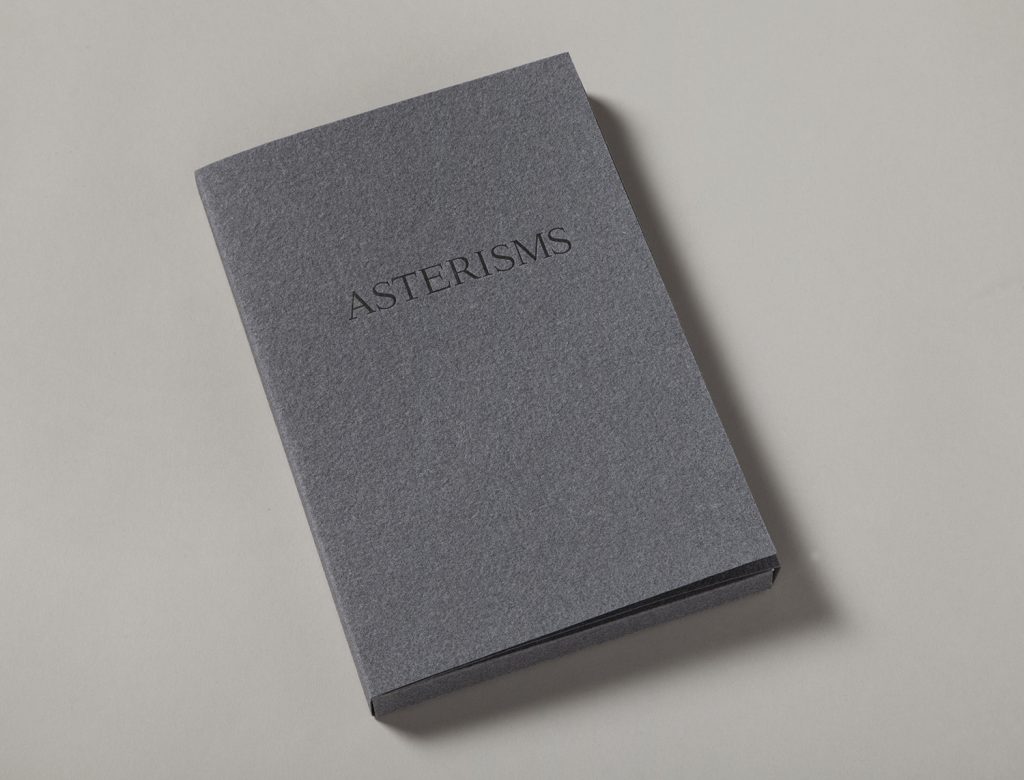 View of book open with title page, part of colophon. 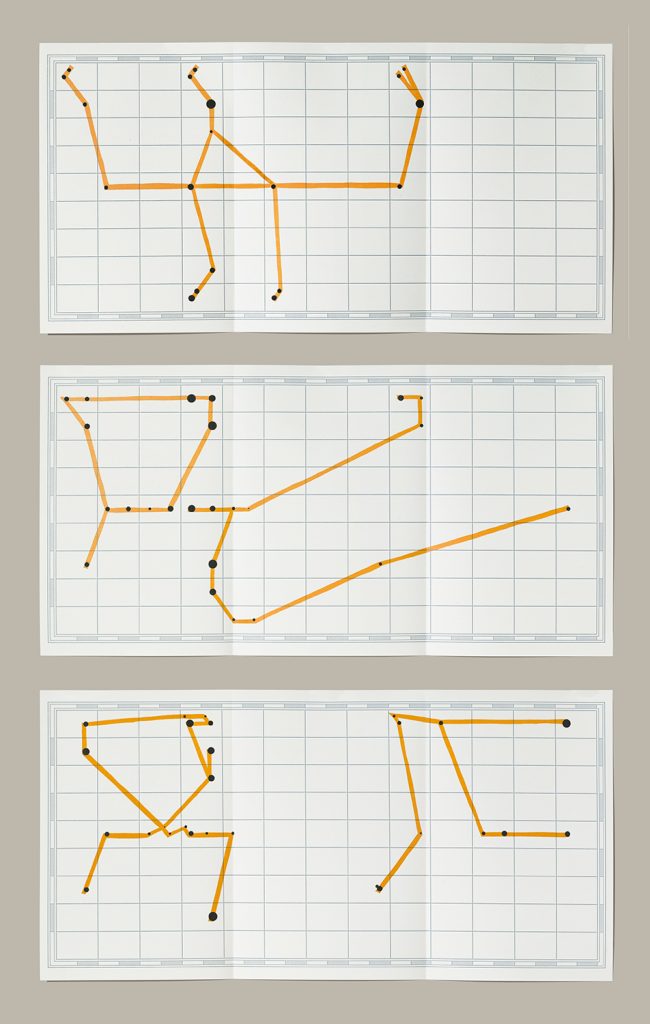 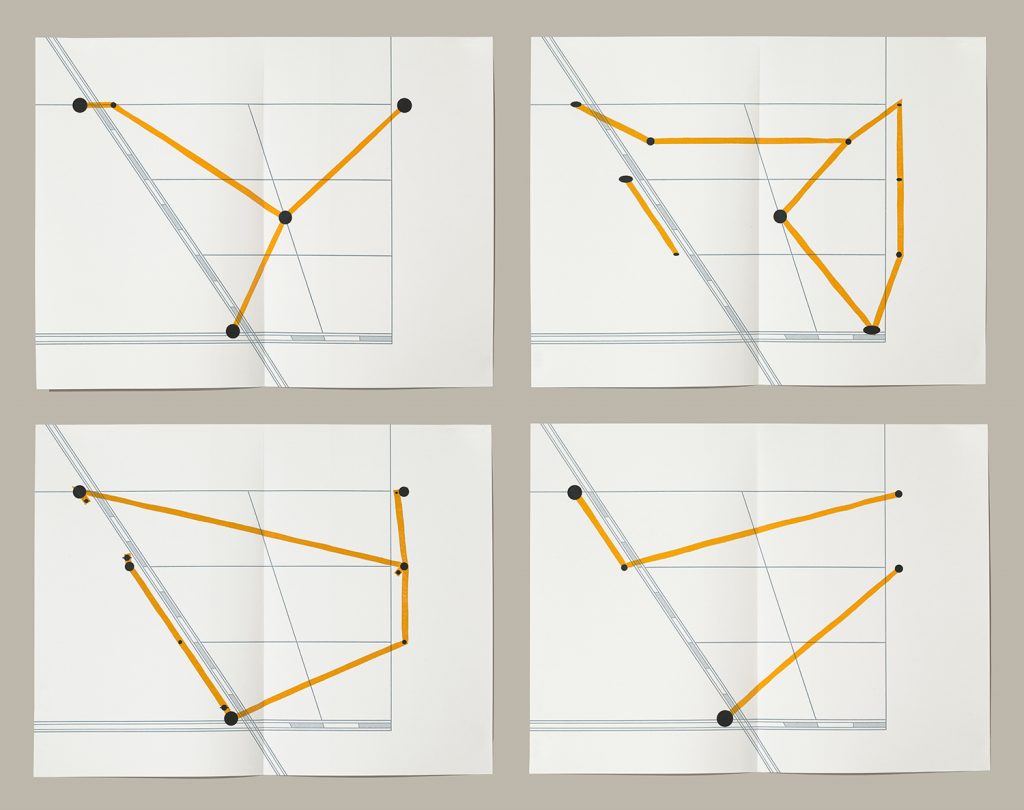 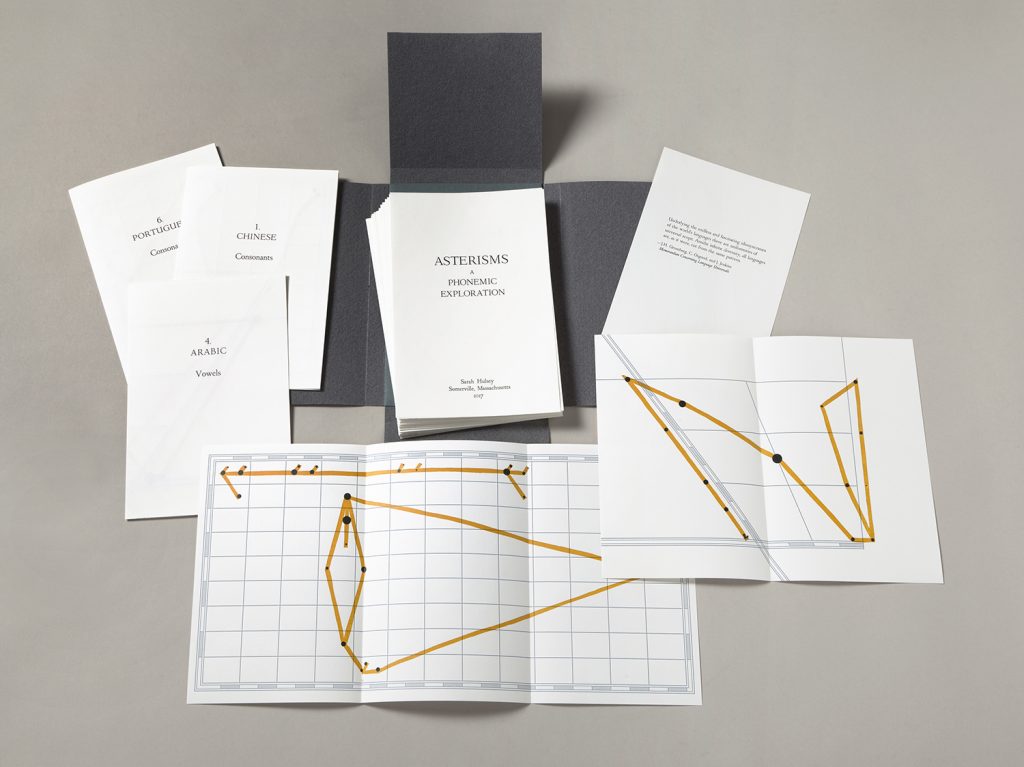 My work is concerned with the hidden, structural beauty of language. Language is a deeply human trait that we use in every aspect of our lives, though its workings are largely mysterious to us as speakers. From a very young age our minds are in a highly receptive state, listening for the patterns, rhythm, and regularity of which all languages are composed, but by adulthood we no longer notice these things. My work draws attention back to those patterns deep in our minds and the rich, varied beauty they contain.

Asterisms: A Phonemic Exploration borrows the conventions of modern star charts in order to embody groups of linguistic sounds as constellations, or “asterisms,” as astronomers now call the traditional shapes traced among the stars. The book represents the phonemes (sounds) of the ten most widely spoken languages in the world, which together account for the first languages of almost half of the world’s population (3.4 billion speakers). Each language is given a consonant chart and a vowel chart in the guise of a star map; positions of the “stars” are based on the sound’s position on the International Phonetic Alphabet chart, with the symbol’s size correlated to the frequency of the sound in that language. Connecting these symbols are woodcuts forming novel asterism shapes inspired by older, more primal ways of tracing patterns in the sky. The charts of Asterisms serve both as accurate maps of phoneme systems—revealing commonalities and divergences across languages—as well as imaginary paths of joined sounds. Taken together, they draw connections between the sounds of language, that most fundamental human ability, and the vast expanse of the night sky, shared by all of the earth’s inhabitants.