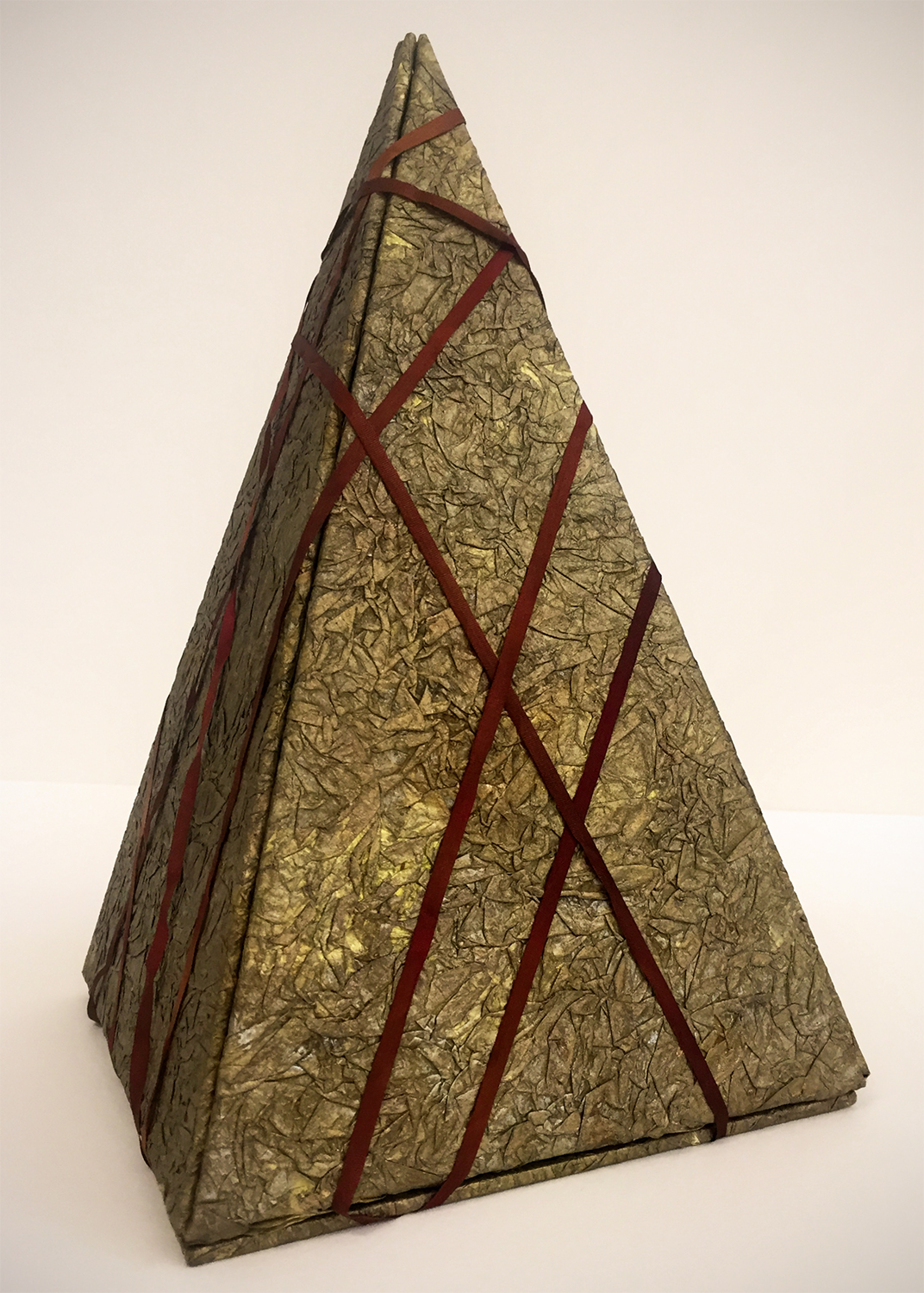 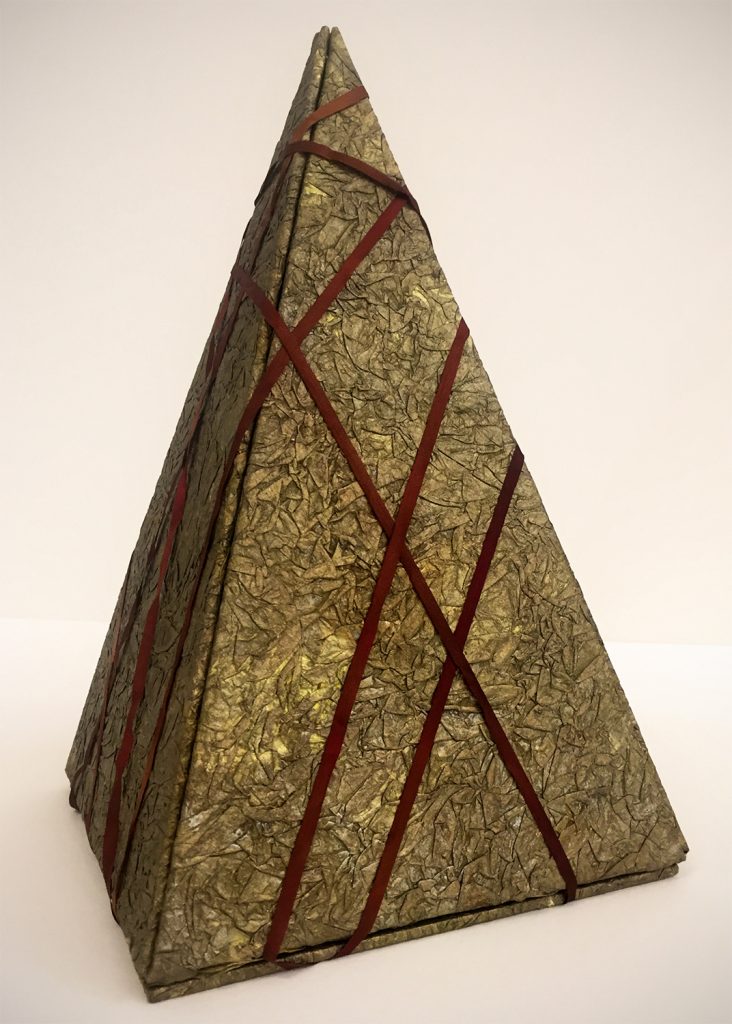 closed book – closure is designed with hidden magnets; the silk ribbon hints to the struggle of Lempris as well as mummy wrappers 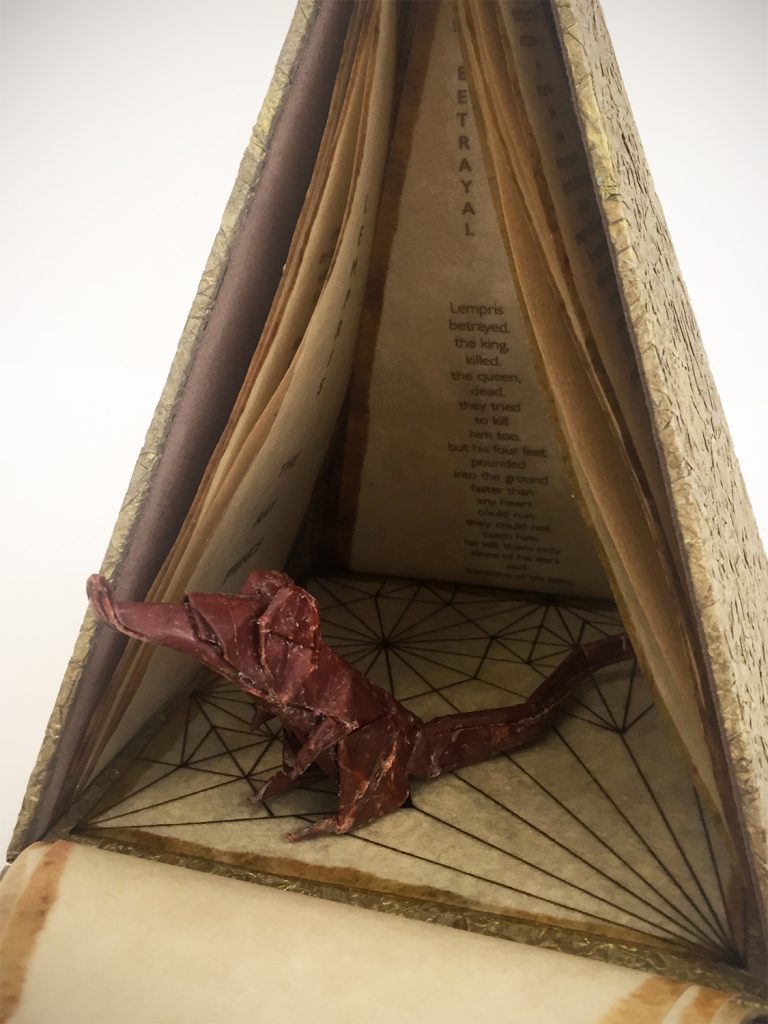 partially open pyramid, one can catch a glimpse of Lempris, part of the poem and the origami pattern 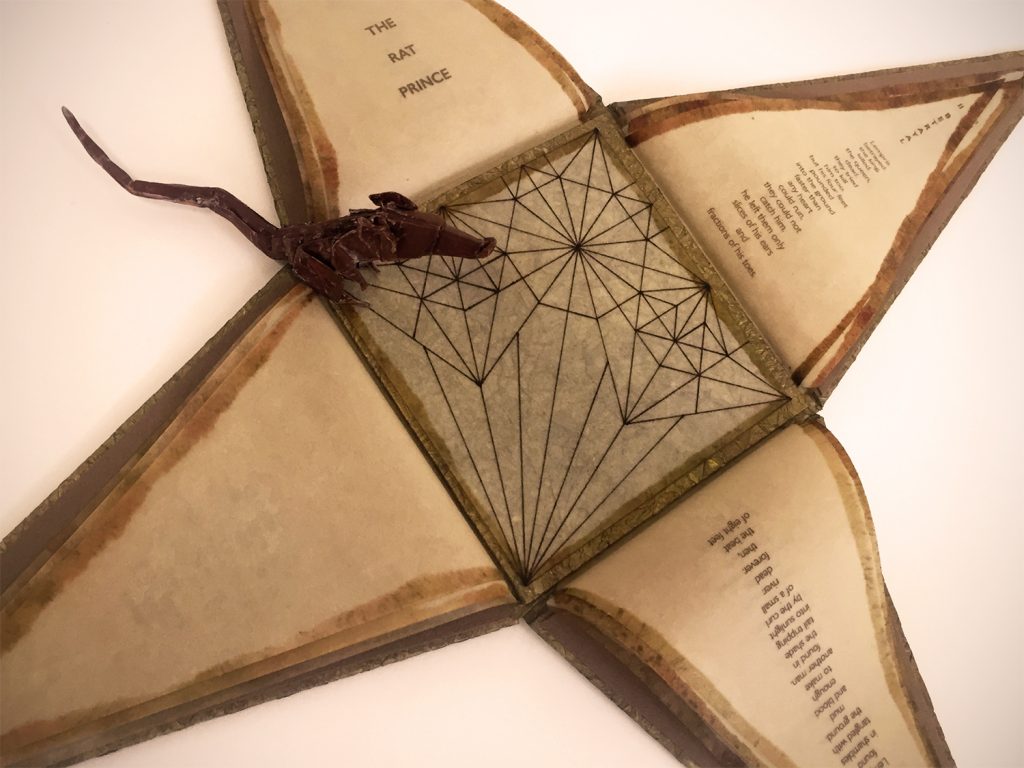 open book, revealing the poem in three parts, the colophon, Lempris, and the origami pattern 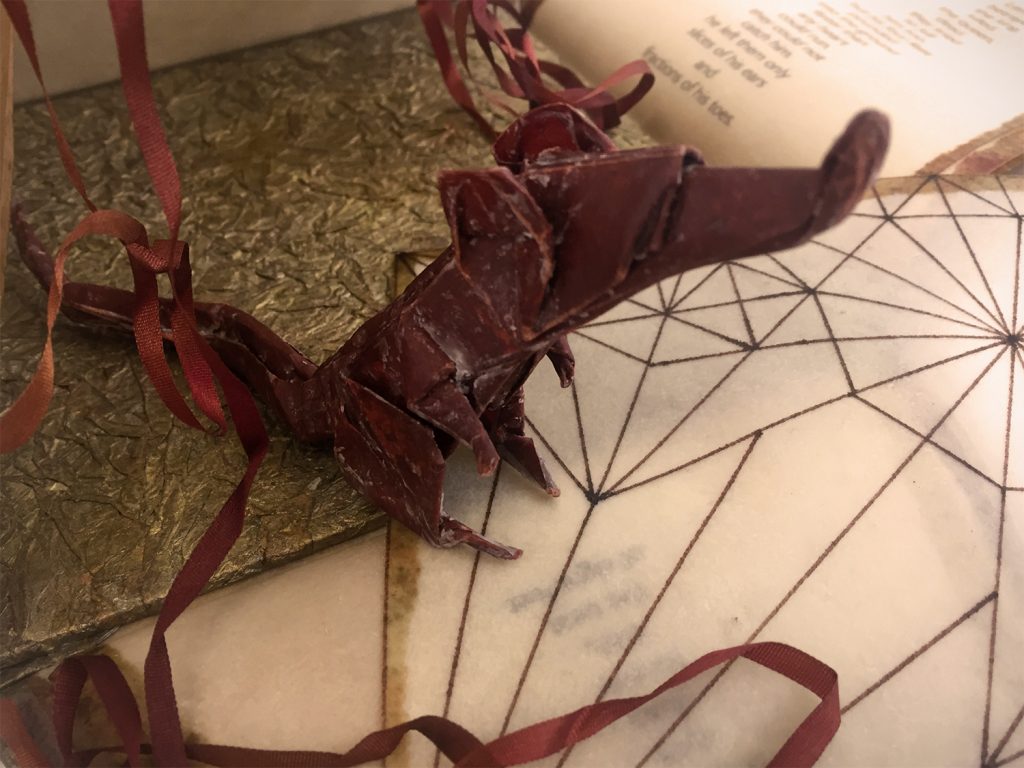 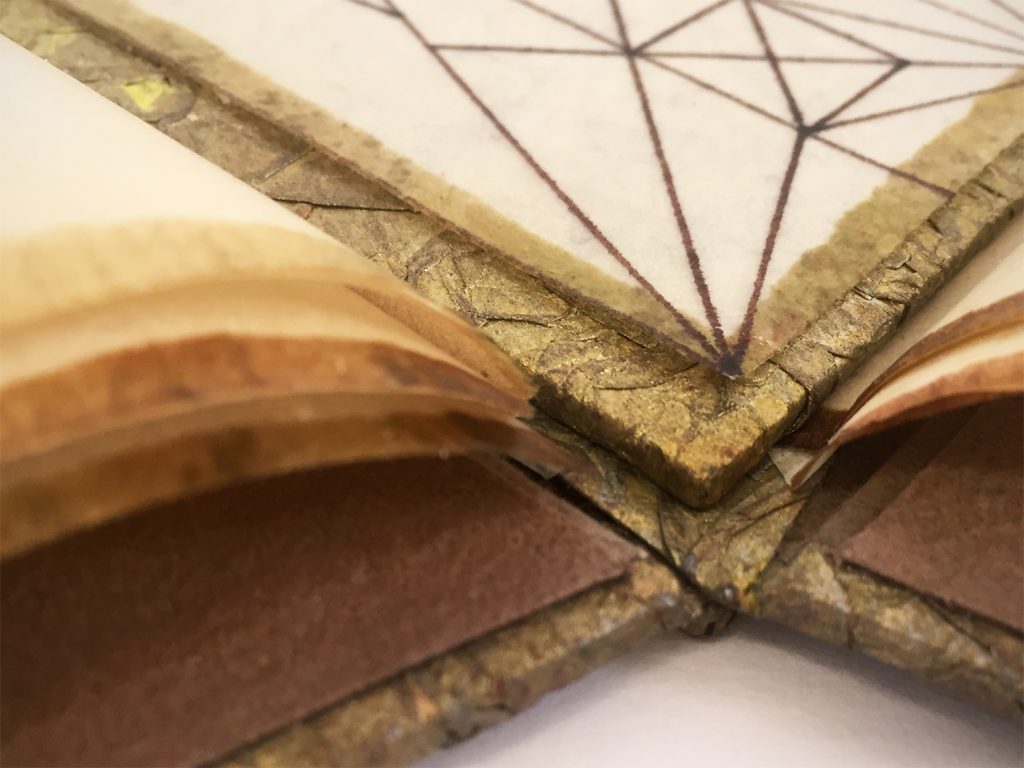 We built pyramids to the ancient kings. And still wonder at their mysterious beauty. Lempris, the Rat Prince, with his regal and Nietzschean lineage deserves no less of a monument as a tribute to his motionful struggles to meaning and survival. As the reader enters the secret chambers of the pyramid, he may discover the verse and lines that tell the story of a brave soul, not afraid to look inward and beyond the trivial segments, but determined to go to the end of it. A collaboration between mother and son, Servane Briand and Samuel Mignot, Lempris is also a tribute to the remarkable work of origami artist Eric Joisel who invented the rat figure. Reminiscent of the embalming materials of Egyptian mummies, beeswax features prominently in Lempris, adding transparency and a sense of timeliessness to the work. Built to last, maybe?