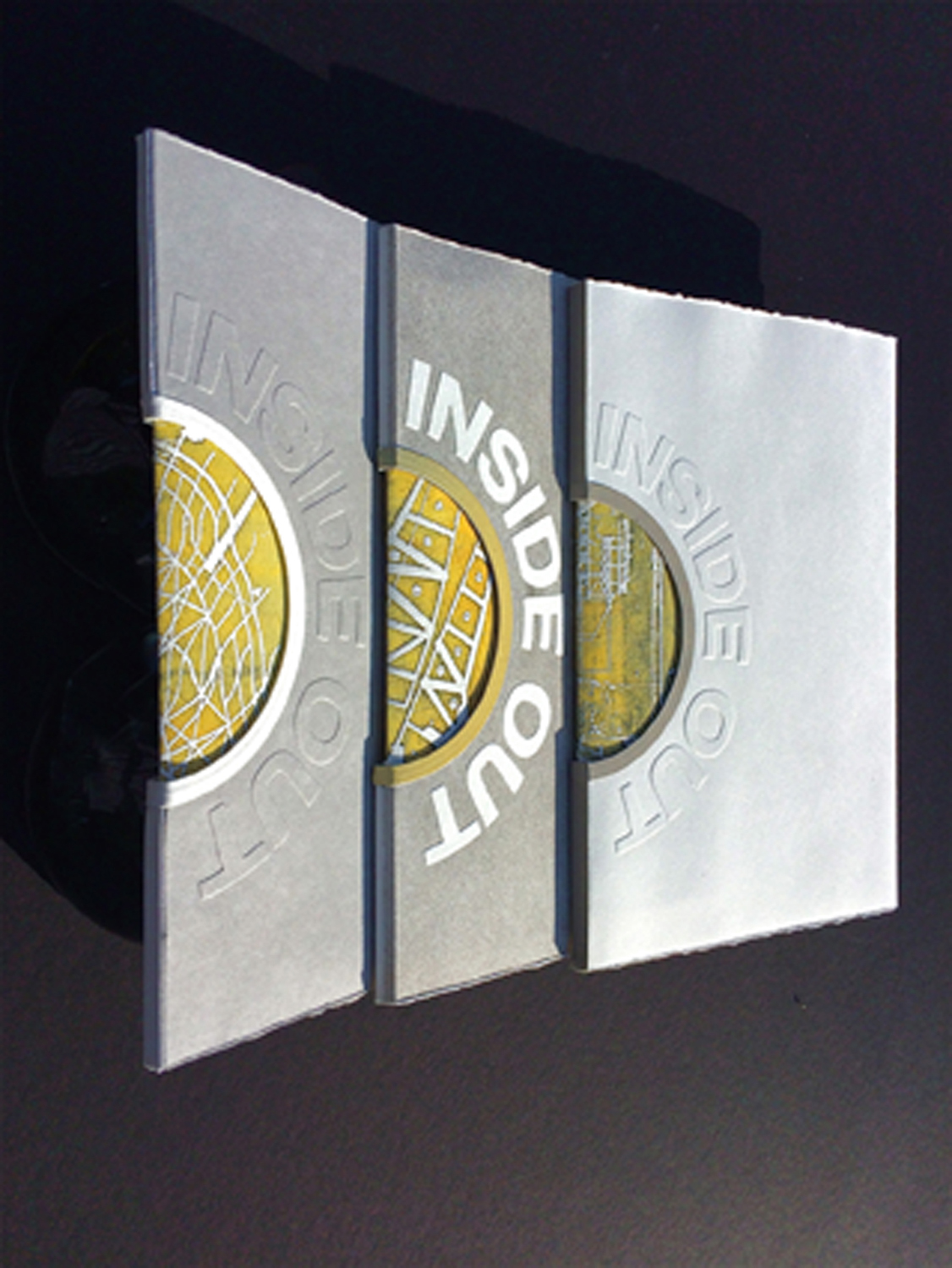 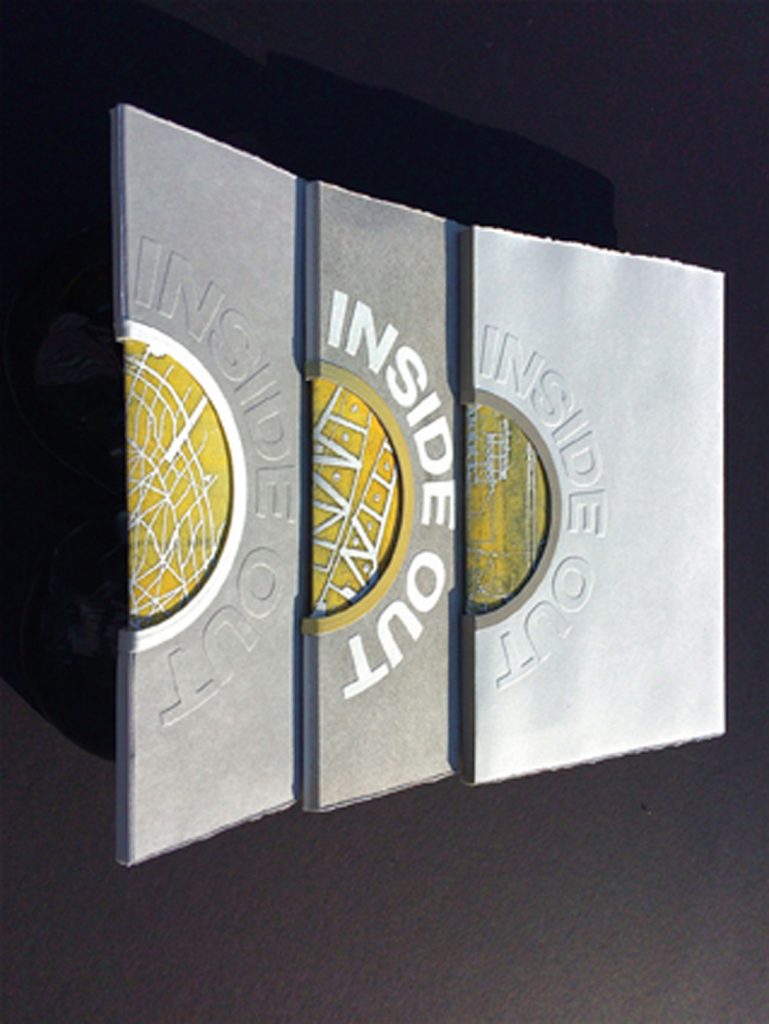 FRONT Cover of the trilogy-with INSIDE OUT embossed 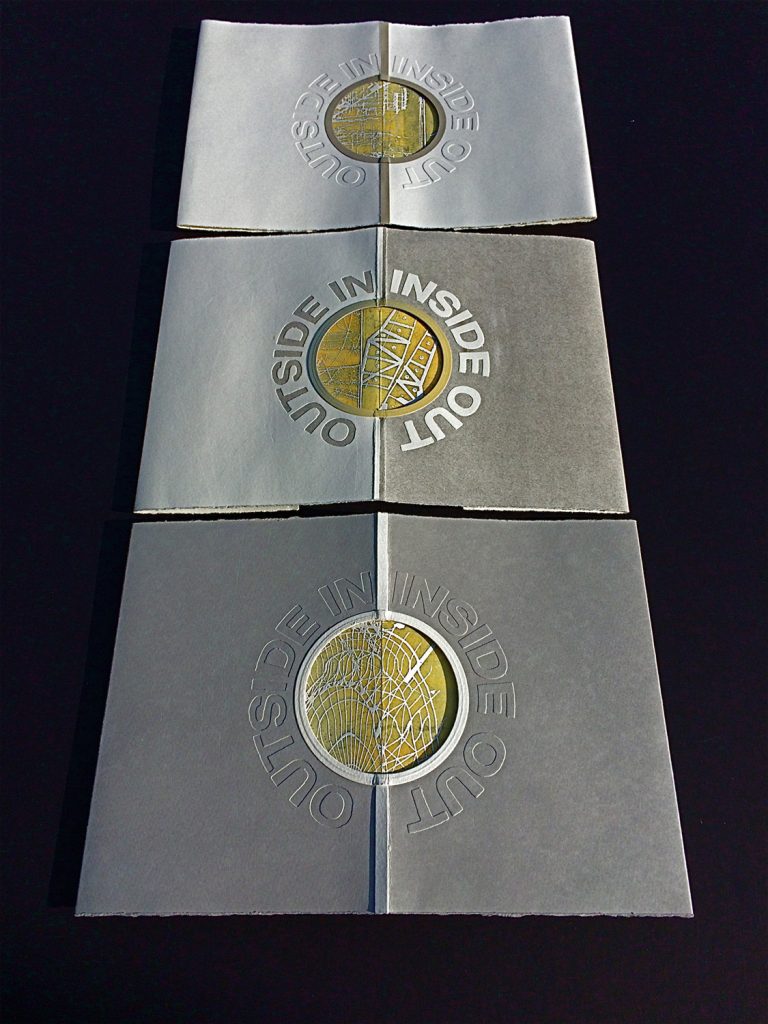 FRONT & BACK of the 3 books opened: with INSIDE OUT embossed, and OUTSIDE IN debossed. 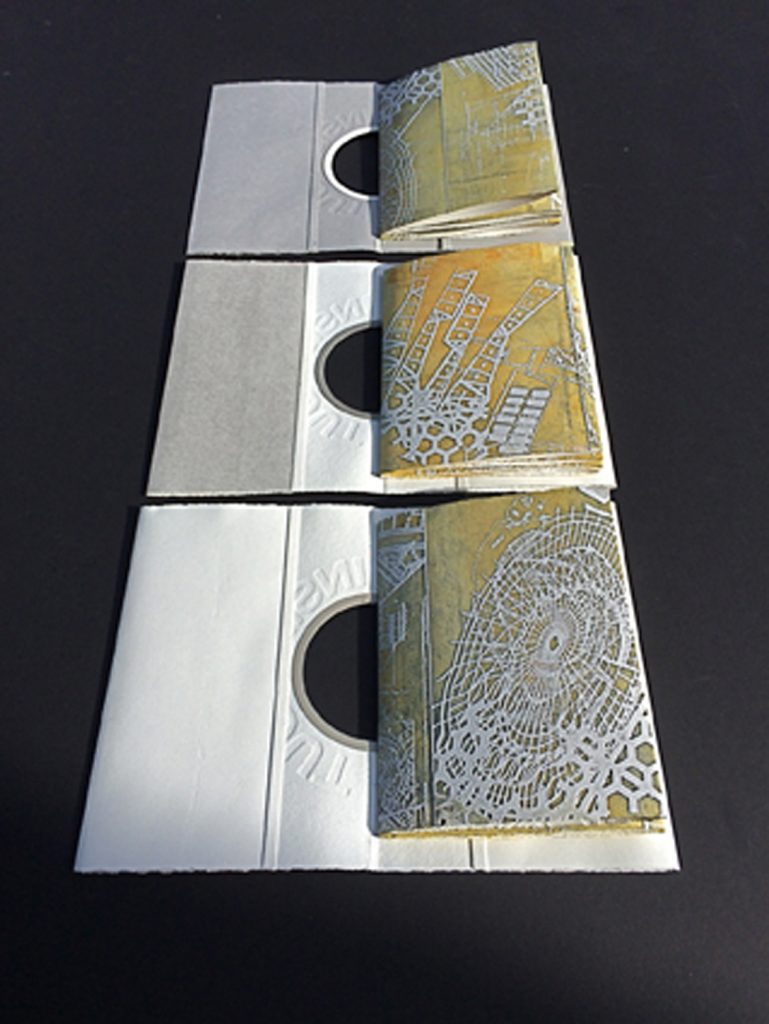 First turn of the cover, with inner flap abutting the circular aperture. 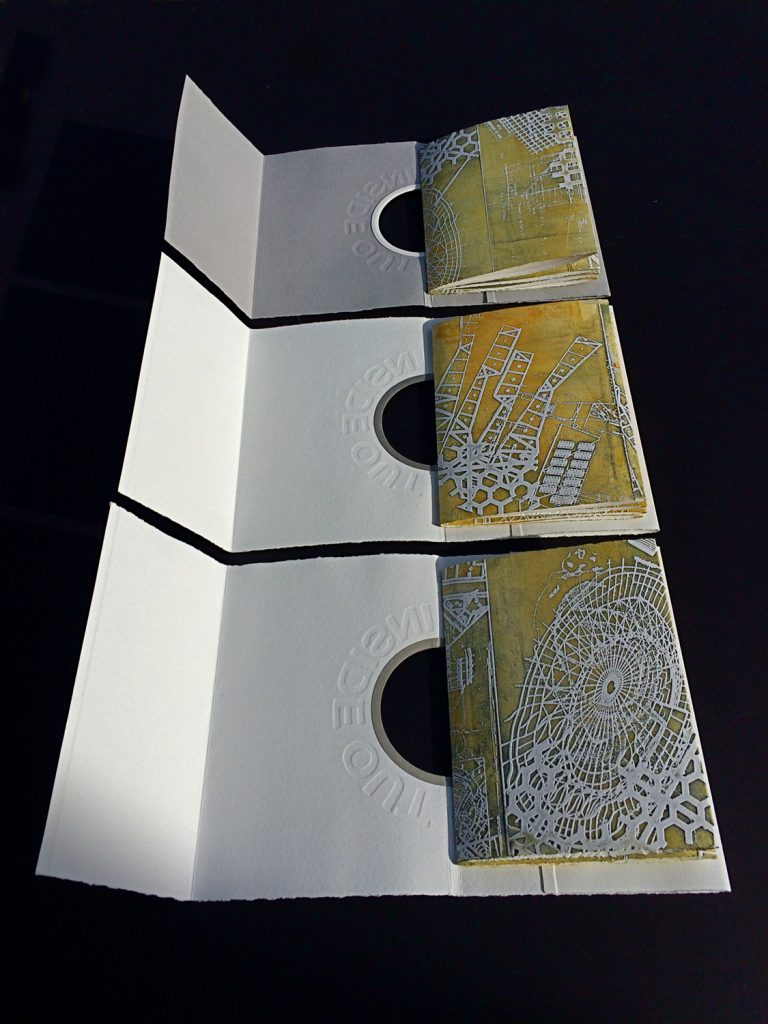 Second turn of the cover. 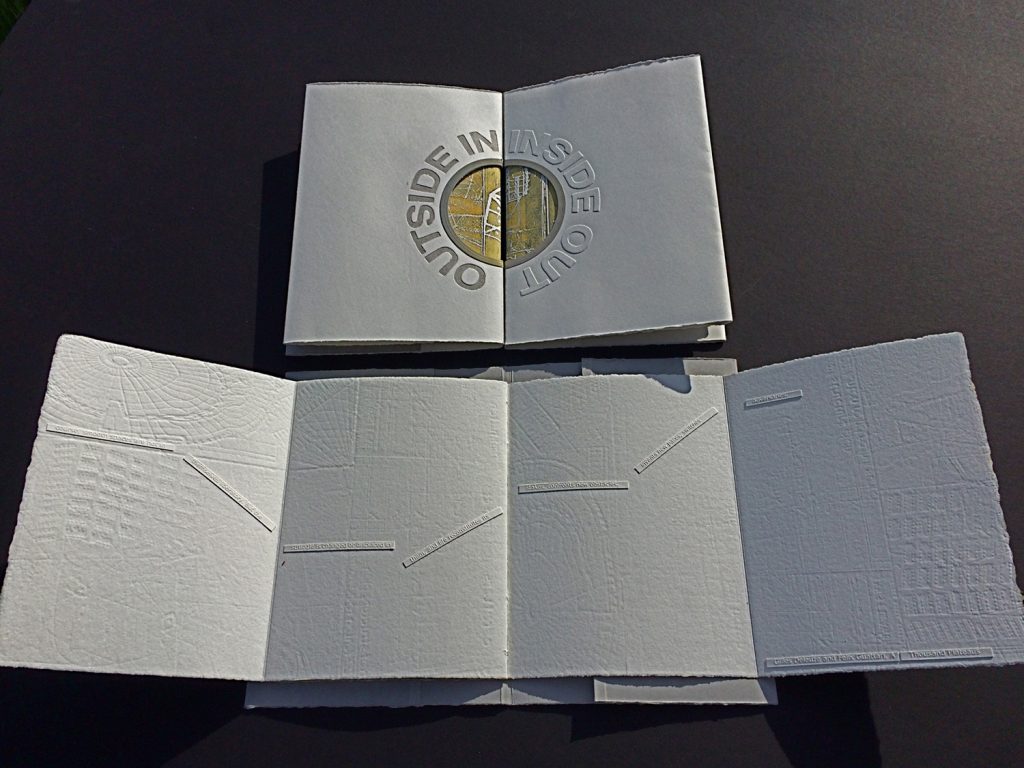 Inside Out-Outside In [IO-OI]-The Trilogy
2015
etching, aquatint, embossing, debossing, incision & stitch
variable edition of 3
each book in the trilogy has 4 french folds each
21x60x1
21x15x3 [stack of 3 books]

A trilogy of artist books featuring the artist’s site-specific bookart-installations designed for the Stroud International Textile Festival for the exhibition ‘Power of Ten’ held within the Museum in the Park, Stroud. It also incorporates elements form the books designed for ‘Pressing Identities’ held at the West Yorkshire Print Workshop.

Etched/aquatinted/embossed prints incorporate the artist’s own house-plans, the Serpentine Gallery Pavilions’ blueprints, the surrounding road-maps which explore how bodies navigate space inside and outside the built environment. French-folds enclose hidden texts. The embossed fonts [Inside Out] protrude outwards from within the front cover, and the debossed fonts [Outside In] intrude from outside to within the cover, and windows in each dust-jacket allow the book to be judged by its cover.

The trajectories of text within the six French folds are ramblings derived philosophical writings from the PRODUCTION OF SPACE by Henri Lefebvre1 & A THOUSAND PLATEAUS by Giles Deleuze & Felix Guattarri2.

[Text: extracts of multiple searches on the internet, inspired by other readings including the: The Practice of Everyday Life by Michel de Certeau & The Poetics of Space by Gaston Bachelard] More about the development of the work can be read on the link- http://printmakerscouncil.com/featured-artist-sumi-perera/