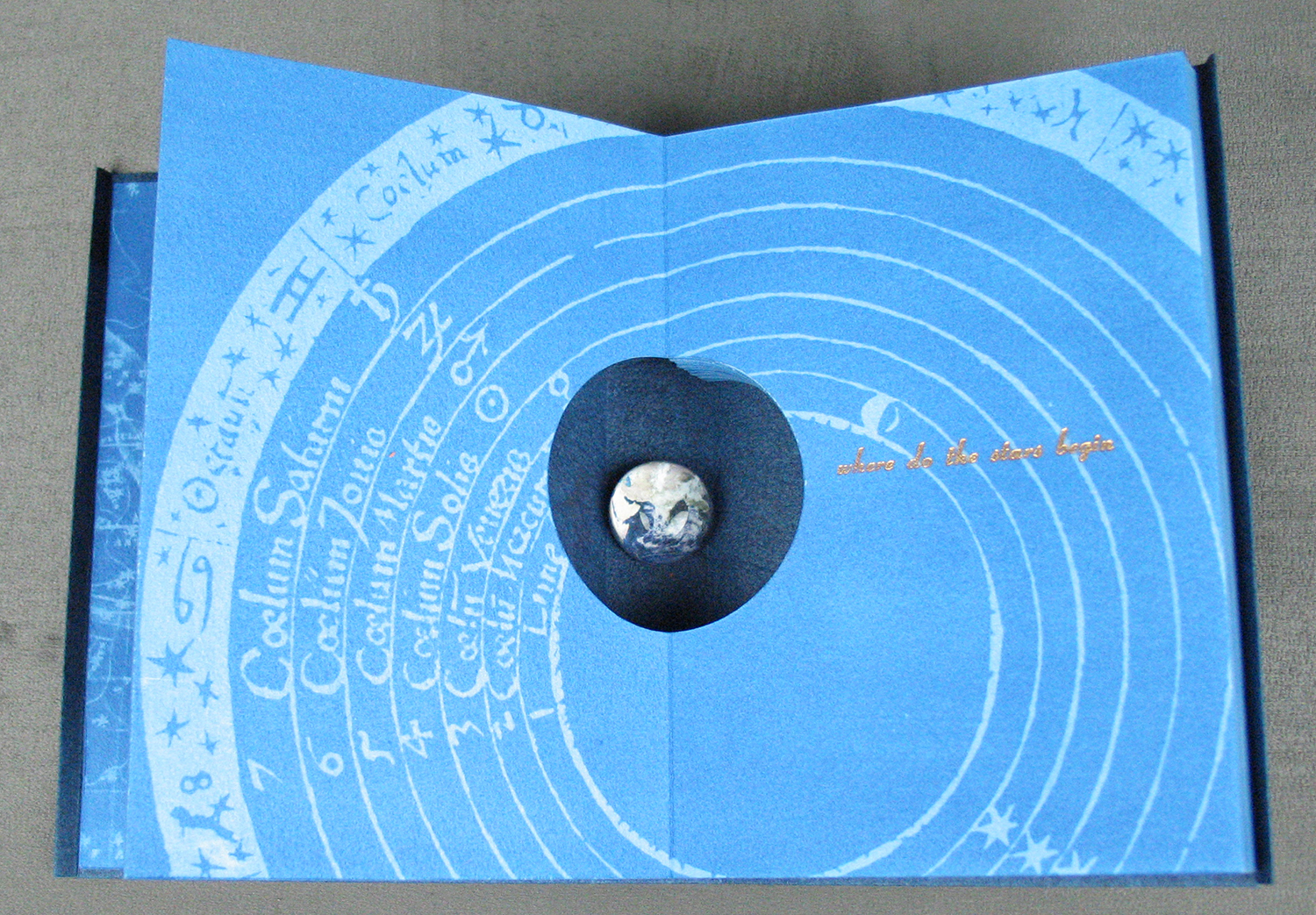 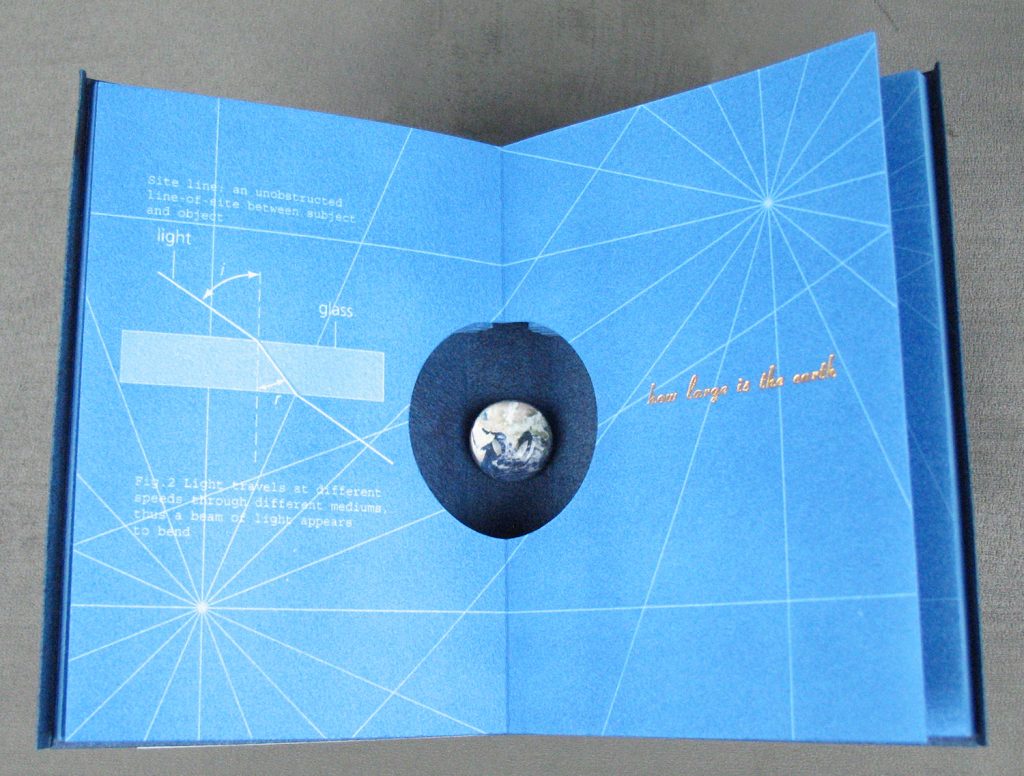 text: where do the stars begin 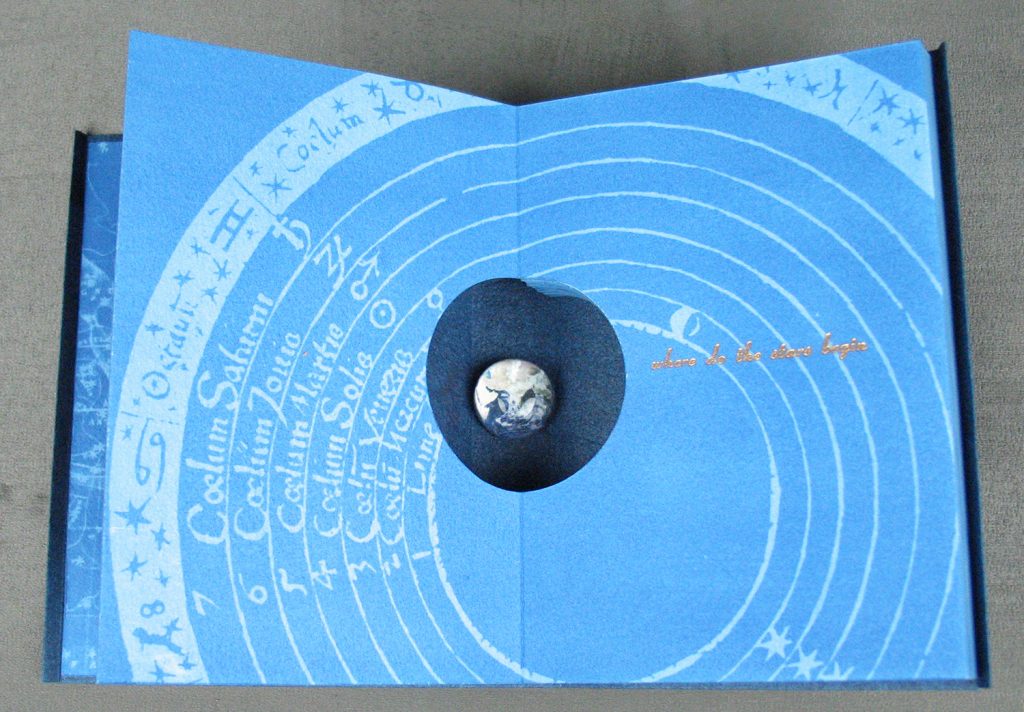 text: to other eyes

(text on previous page: how do we shine) 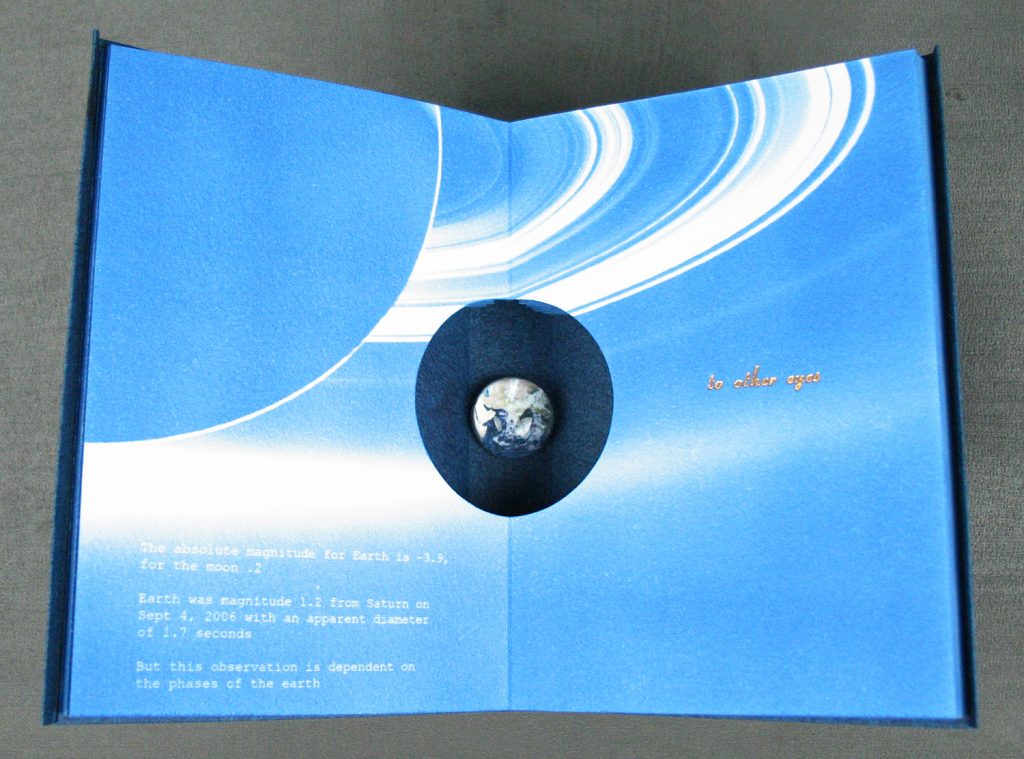 text: in the moon’s sky

(text on previous page: how large is the earth) 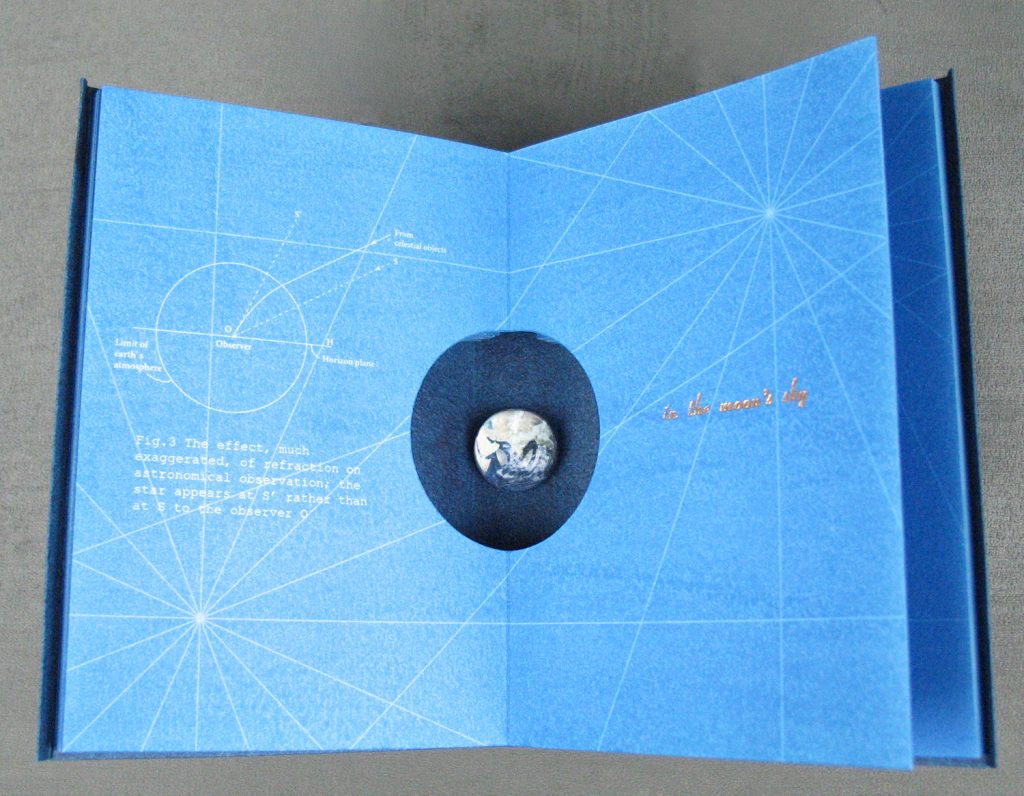 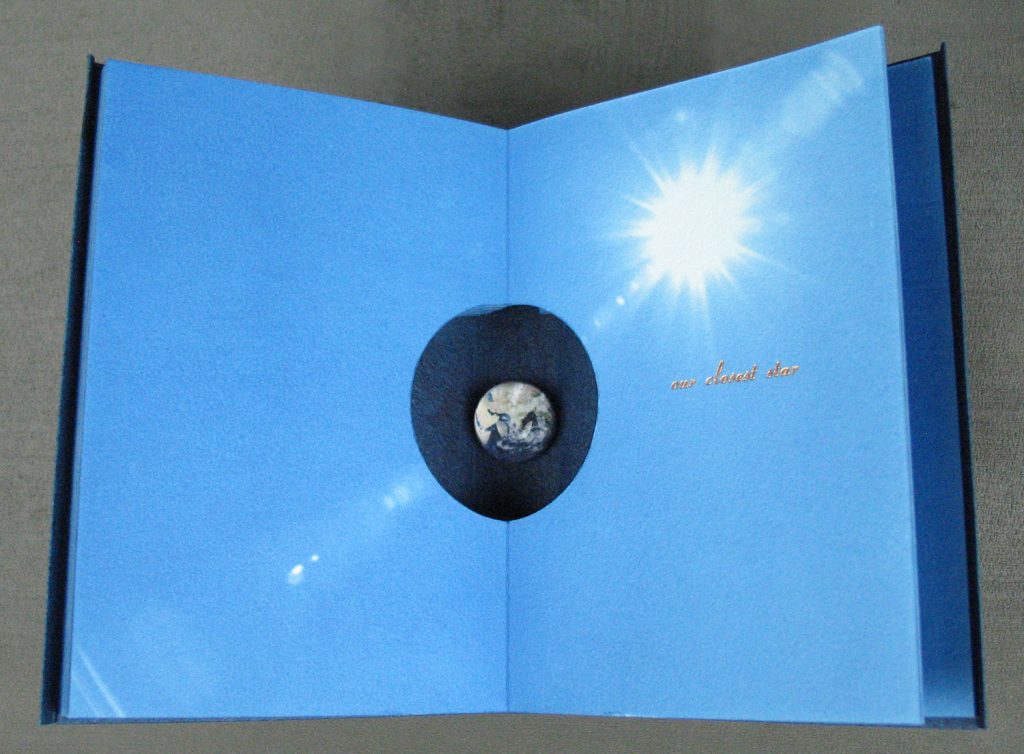 text: only visible during the day

Human knowledge is dependent on our curiosity. Questions lead to answers that in turn, lead to more questions. Luminary is the culmination of research beginning with the question; where do the stars begin? The title refers to not only the sun and stars, but also the scholars who have shed light on our understanding of the heavens.

Luminary opens to a medieval map of the solar system and a photographic representation of Earth. Earth is in the center, with planets, Sun, then stars, revolving around it. The reader is brought to a specific perspective; they are viewing Earth off-planet, at a distinct time in human history. The narrative proceeds through multiple views of Earth from afar, in different perspectives, distances, and time. In one, we see Earth as the NASA probe Cassini captured it, peaking out beneath the rings of Saturn. In another we are looking at the earth while orbiting the moon. Using rhomb lines to reference navigational maps, which in turn reference exploration, scientific information related to the question printed in gold, creates a dialogue on the page spread. In cyclical fashion we return to the original question, where do the stars begin? And we conclude; our closest star is only visible during the day. Luminary removes the reader from Earth and allows them to view the it from afar and not as a part of it. Ultimately the reader is offered a metaphysical experience of Earth.

Luminary is printed by the sun. The images were design digitally, printed onto film, and exposed on Rives BFK to the sun using Jacquard Solarfast light sensitive medium. The diagrams of “the immovable spot” and refraction, are from The Sun in the Church by J.L. Heilbron. The representation of Earth is a digital print viewed through a Plexiglas half sphere. The main text is heat stamped with gold foil. The book is bound as a drumleaf binding, covered with indigo Cave Paper, and is an edition of ten.