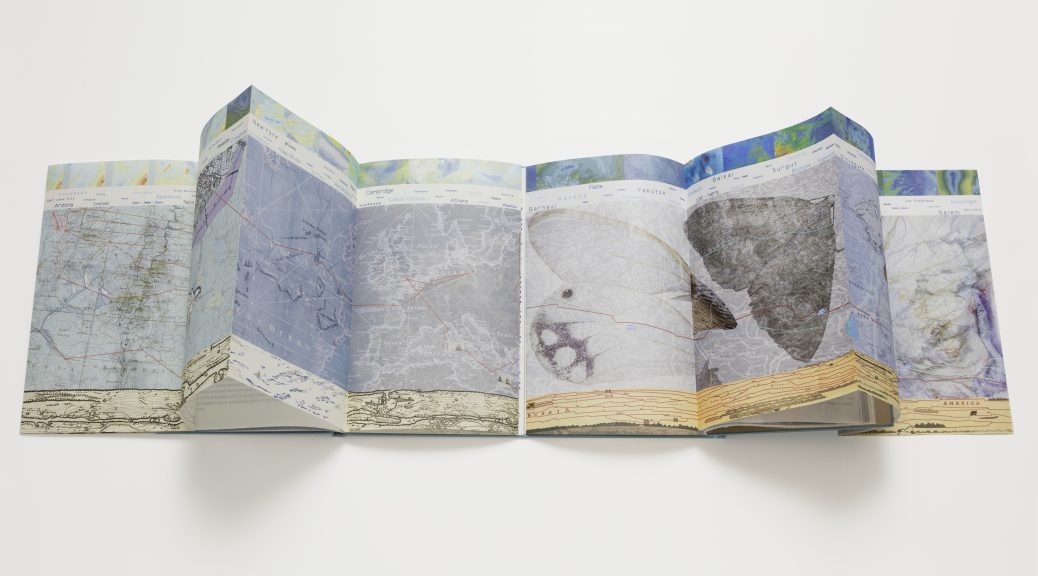 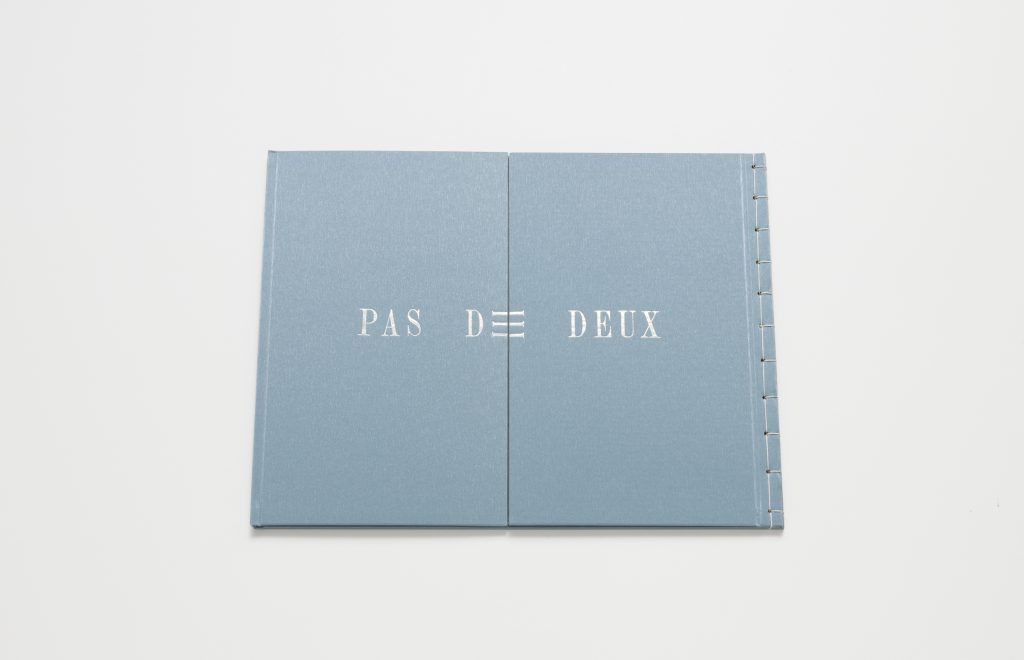 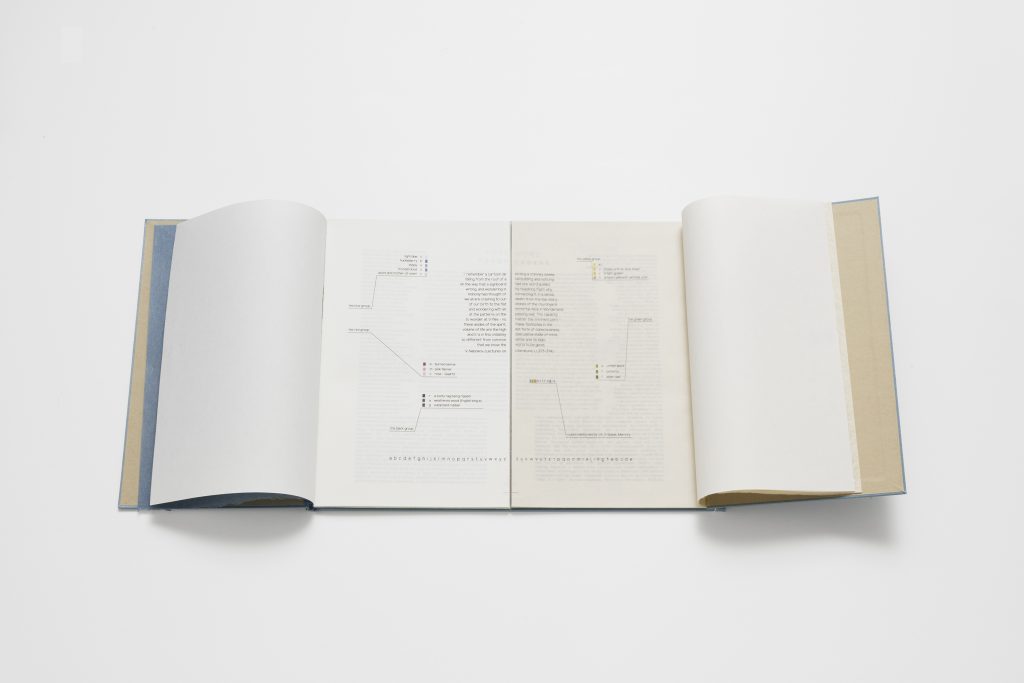 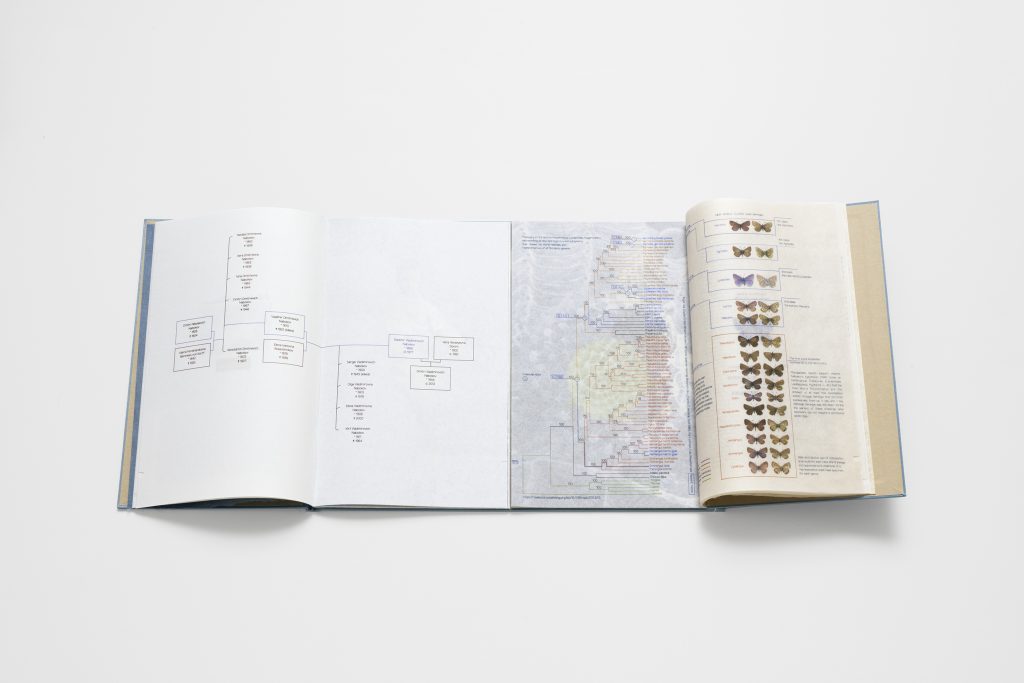 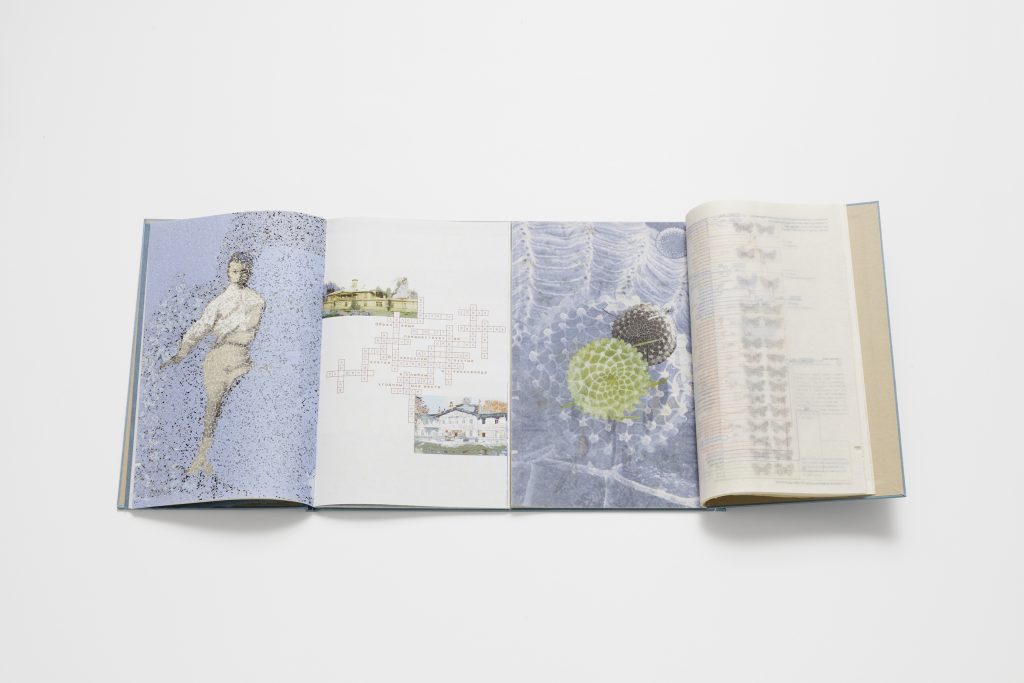 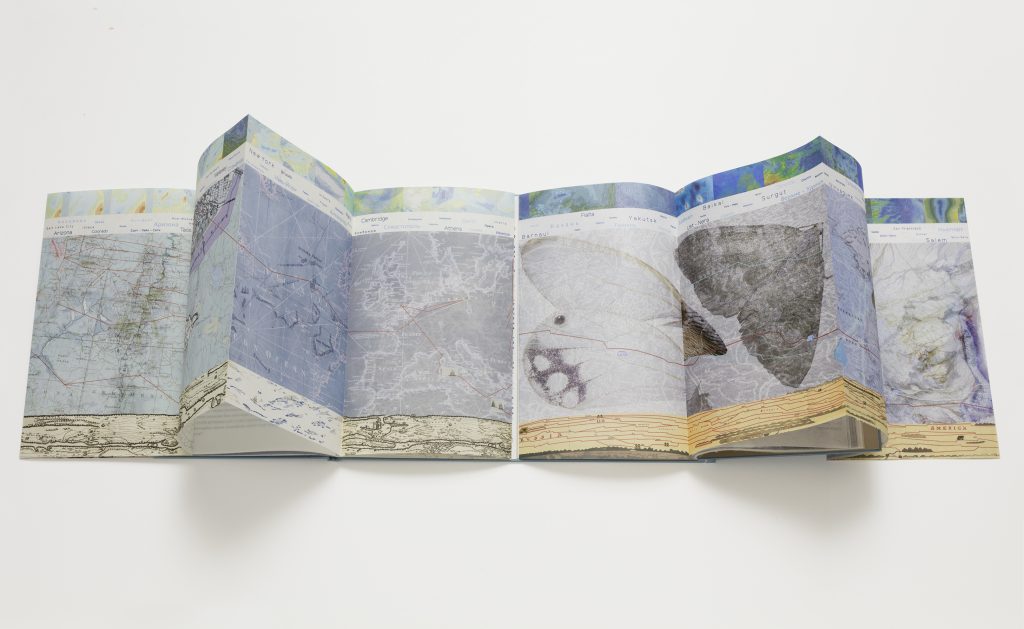 A term describing a dance, an intricate relationship involving two parties seemed to fit perfectly my intent to showcase the relation between the writer Vladimir Nabokov and the Polyommatus blue butterflies. In 2011 Roger Vila and the research group under Prof. N.Pierce published in the “Proceedings of the Royal Society” an article stating: “By integrating molecular phylogeny, historical biogeography and palaeo-ecology, we test a bold hypothesis proposed by Vladimir Nabokov regarding the origin of Neotropical Polyommatus blue butterflies, and show that Beringia has served as a biological corridor for the dispersal of these insects from Asia into the New World. Phylogenetic results support Vladimir Nabokov’s hypothesis that the New World Polyommatus are the product of at least five colonisation events through Beringia that occurred successively from ca 11 Ma* until 1 Ma.” * Million years Fascinated by this publication, I wanted to visualise the varies parallel levels in Nabokov’s life. I began to collect material in spring 2018. Visits to Lausanne, Montreux, Wellesley and New York followed.

This artists’ book is about driving forces of passion, meaningful coincidence, migration, loss of homeland, attention to irrepressible detail in science and arts and finally the ability to wonder at trifles. Not knowing anything about butterflies I visited Prof. Naomi Pierce in autumn 2019 and discussed with her my project idea. She mentioned that Nabokov had an encyclopaedic knowledge and a trained eye to observe, to see, which is manifested in his drawings of buttefly wing patterns as well as butterflies’ genitals. Therefore I accessed the NYPL’s Berg collection vast collection of V.N.’s drawings and manuscripts. At Harvard’s University’s MCZ, I saw a butterfly wing through a microscope, and felt this childish happy amazement of the visual landscape in front of my eyes. It was at this moment when I decided, “I want to transmit this amazement!”. The colour scheme was set and the paper had to evoke the fragility of a butterfly’s wing.

The structure is based upon the duality of V.Nabokov’s life, his passions for butterflies and the writing. Two books facing each other, open in opposite directions simultaneously, giving the viewer 2 double spreads at the time. The possibility to view and acknowledge the parallelism or to recognise and interchange patterns, is provided by the multitude of pairing. Incisions at the bottom of each facing page, gives the opportunity to register those pages belonging together, aligning tor viewing them outside the given frame.V.N.’s wife Vera was jewish, the butterfly book opening from left to right acknowledges her culture. Three main categories, Development, parallel Time Lines, and Migration, are used, to organise all entries. The narrative is woven of images overlaid with writings in two languages English and Russian, and drawings by Nabokov, a genetic entry about the Polyommatus Blue butterflies by contemporary entomologists, texts and photo collages by me.

All entries are divided by association to either Nabokov the writer or the butterfly species, Polyommatus Blue, he studied and published in 1945 his evolutionary theory about.

The elements of play, self-quotation, synesthesia, mimicry, parody, irony and bilinguality on Nabokov’s side and phylogenetics, circle of life, metamorphosis, microscopical structure and appearance on the butterfly’s side face each other. Nabokov was admiring the possibility to conceive a painting with one organ at one – the eye. Therefore he wanted to brake the linear structure on reading habits by provoking to re-read to discover hidden trifles. I do share V.N.’s point of view. This possibility is given by handling two books at the same time.The narrative is multilayered as are the facts and reality in general.