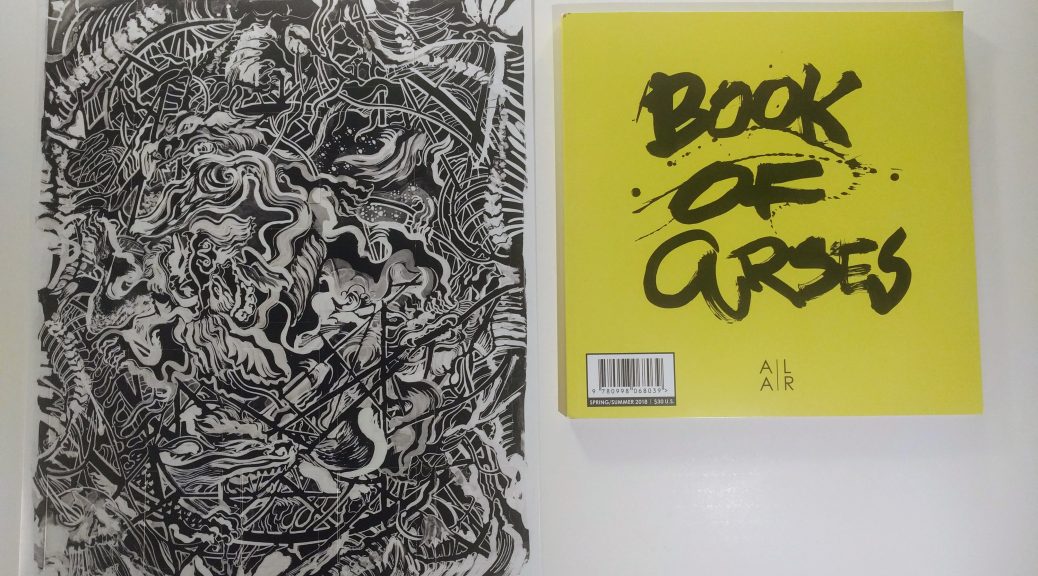 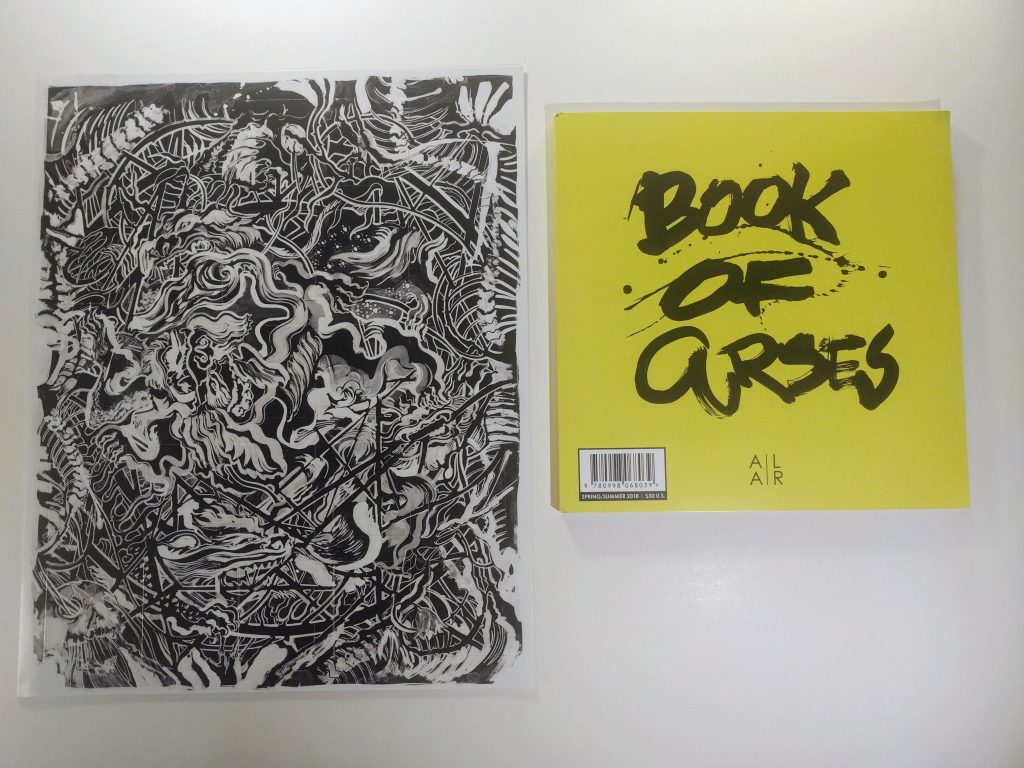 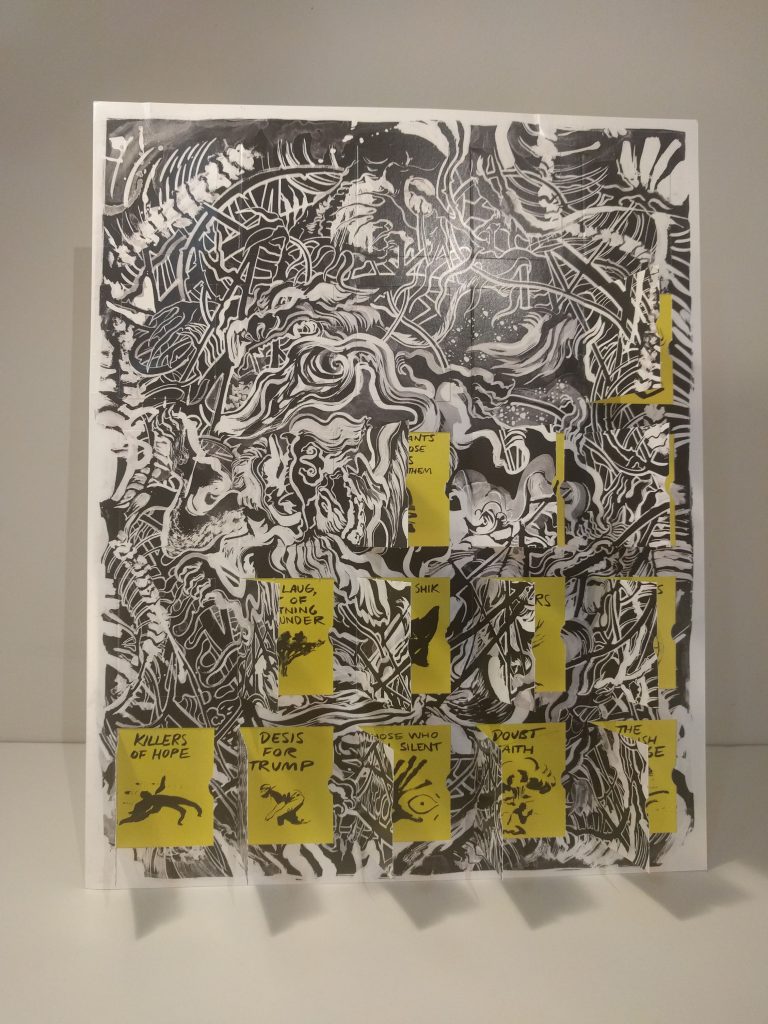 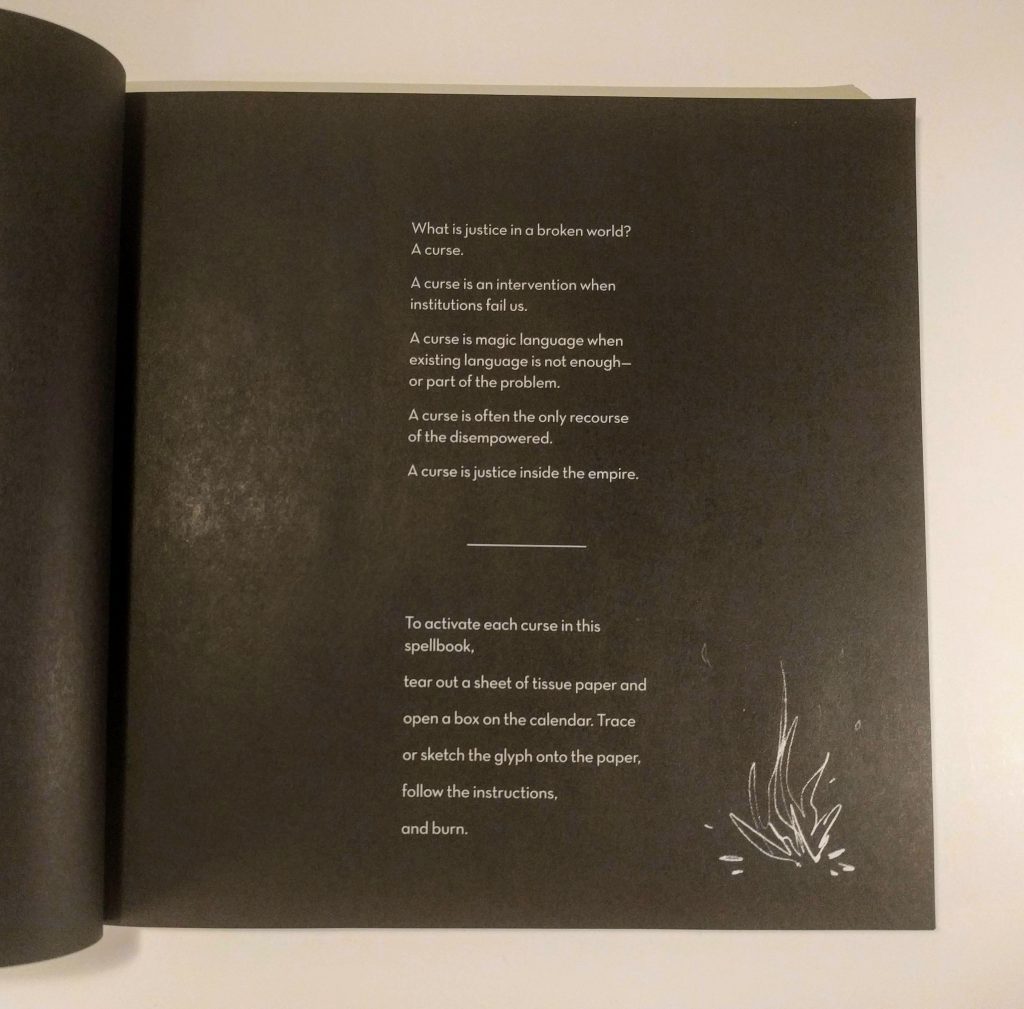 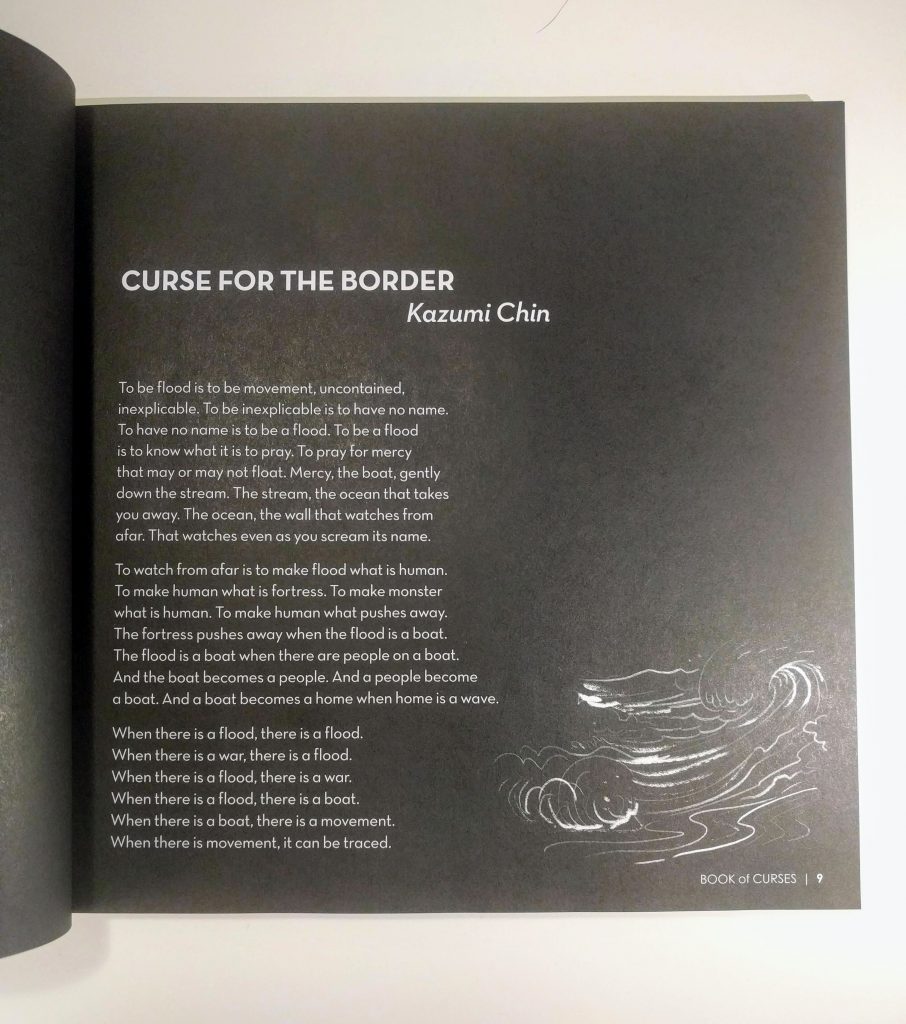 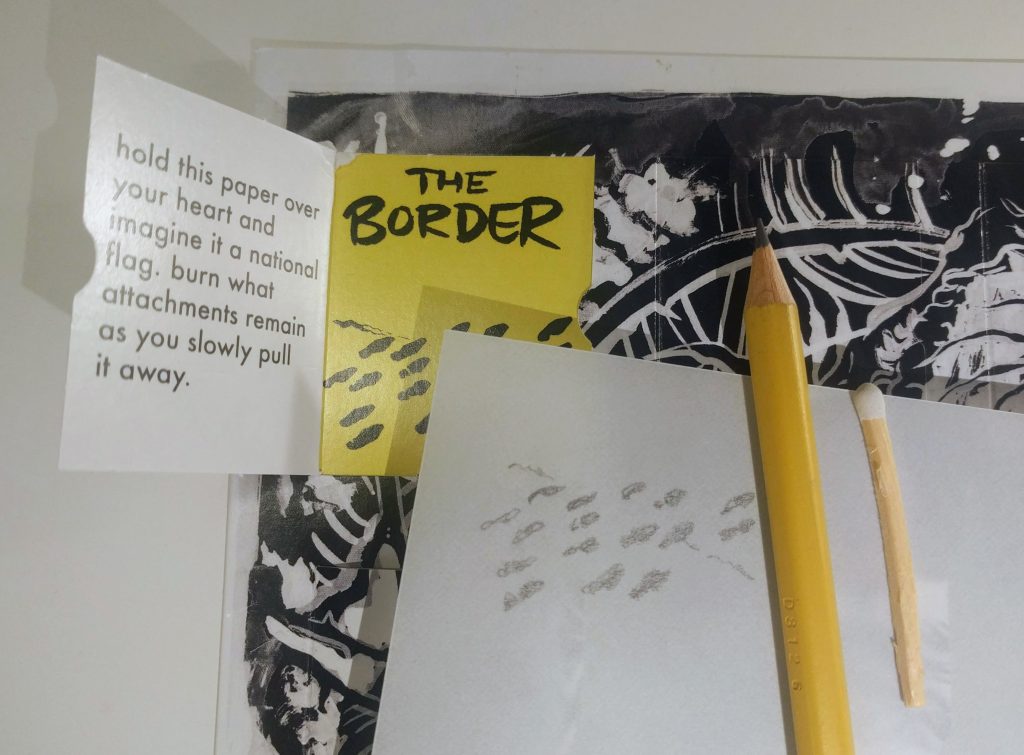 What is a curse in a broken world?

To call it simply a malediction, a wish of ill intent, is to accept an assailant’s eye view of history. It is to look from the vantage point of power upon any challenge to the status quo as necessarily immoral–when that challenge is often the only recourse of the disempowered in a world designed to keep them that way. A curse can be a magic, other language that intervenes where existing language is not enough–or part of the problem.

The ​AALR​ ​BOOK of CURSES​ is a hybrid work of magic and literature that opens up how we understand justice, injustice, and who gets to decide what counts as each—especially in the era of 45. It includes two pieces, ​an advent calendar and spellbook, to be engaged in tandem. Open each box on the calendar to find a new curse, with illustrated glyph (by artist Matt Huynh) and instructions; in the spellbook find literary elaborations on each curse–essays, poems, fiction, graphic narrative–along with tissue paper to tear out, trace the glyph onto, and burn to release the curse into the world.​ ​Find curses for colonialism, the English language, the Border, the American Dream, elephant poachers, prison guards, and more, commissioned from a range of poets and writers including Li-Young Lee, Aimee Nezhukumatathil, Kai Cheng Thom, Brandon Shimoda, Brandon Som, Saymoukda Duongphouxay Vongsay, Kazim Ali, and Monique Truong.

Releasing each curse into the world is joining a community in ritual. The ​AALR BOOK of CURSES​ was launched in spring 2018, print run of 1,500, to enact a broadscale, collective performance. Its calendar, like all calendars, was a shared index of time, inviting readers to engage together in a synchronous process. When any one reader released a curse, say, for the Border, that release merged with hundreds of other incantations of the same curse, gaining velocity and violence, but also conjuring a new community into being. This process, rehearsed and rehearsed across the ​AALR​ ​BOOK of CURSES ​by its readership, conjured an even larger, cumulative spell: a shared awareness of how reading, and tracing, chanting and imagining and burning, a synthesis of art and magic and outrage, might draw a collective into an embodied relation to justice, might make possible new epistemologies of justice.

A curse, reimagined in this fashion, is justice inside the empire.