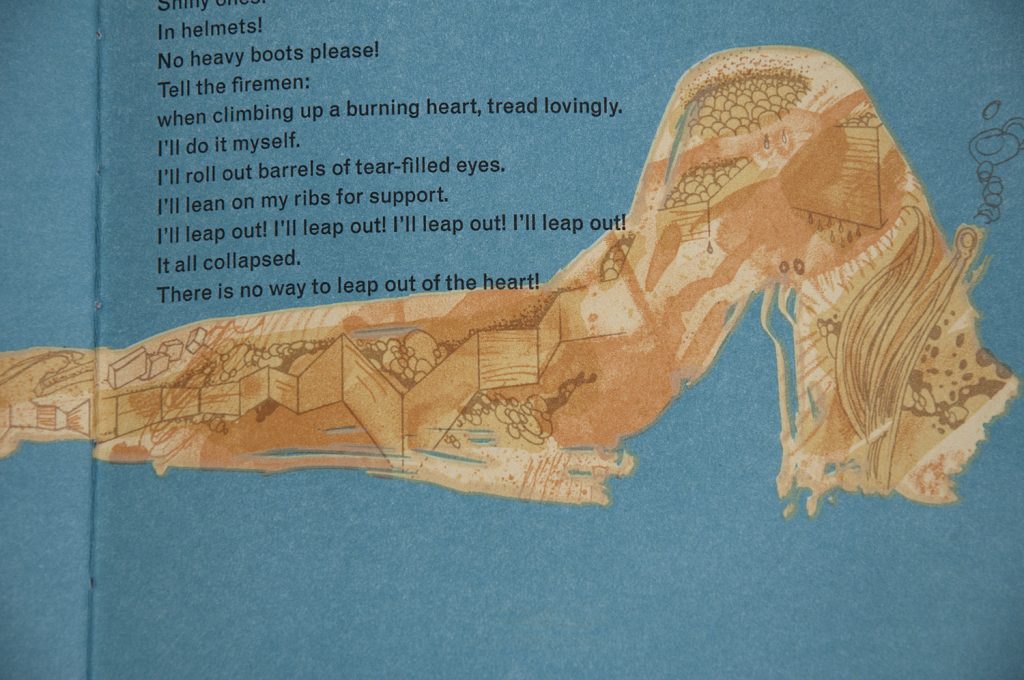 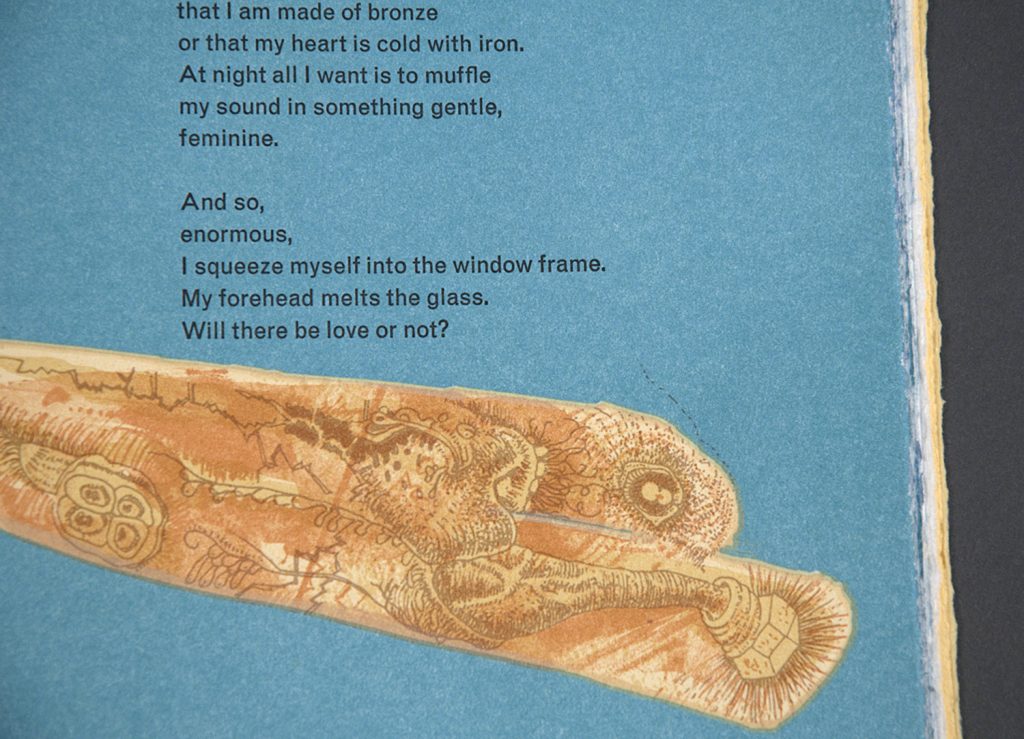 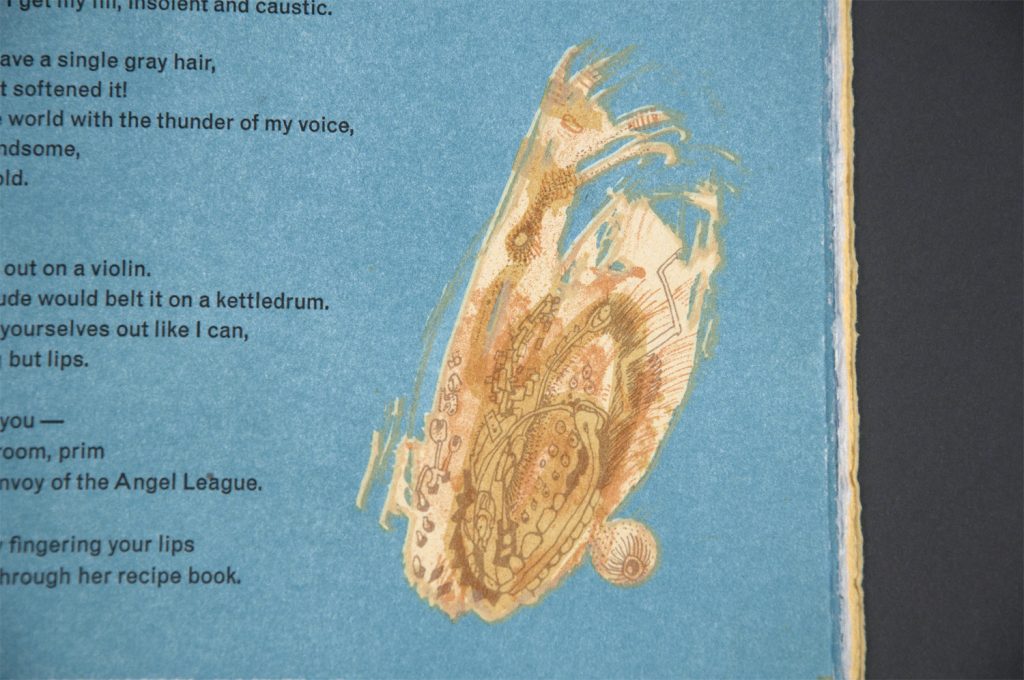 This project emerged from my interest in El Lissitzky and his collaborations with the poet Vladimir Mayakovsky. I became fascinated by the incredible intensity of Mayakovsky’s work and life, and by the influence that his historical moment had on his art and thought. I wanted to make work about it. Rather than just illustrate a book of his poetry, I kept the project open-ended, letting it change and evolve, into a portrait of sorts. I started with the notion of the “monster artist” with broad gestural strokes of drawing ink, and then began to add layers of detail that reflected my sense of his complexity. As layers of ink built up on the paper, I began seeing the drawings as bodies, less as monsters and more as physical, mortal, vulnerable beings.

I then invited the Russian-born American poet Michael Dumanis to collaborate on the project. He juxtaposed the images with a new translation of the prologue and first section of the Mayakovsky poem “A Cloud in Trousers.” We wanted our collaboration to put both of us in dialogue with Mayakovsky, as well as to reflect Mayakovsky’s own interests in collaborative experimentation and the relationship of text and image.

Vladimir Mayakovsky, Russian modernist poet and cultural icon, was born in Baghdati, Georgia, in 1893, and committed suicide in Moscow in 1930. A cosignatory of the Futurist manifesto “A Slap in the Face of Public Taste,” he was a towering, swaggering figure, whose personal life was as tumultuous as his wild public performances. “A Cloud in Trousers,” his first long poem, appeared in 1915, the same year as T.S. Eliot’s “The Love Song of J. Alfred Prufrock.” It consists of a prologue and four sections, roughly delineated as “Down with your love,” “Down with your art,” “Down with your social order,” and “Down with your faith.”

Thorsten Dennerline’s twisting artworks suspended against a blue-sky backdrop seemed fitting for the existential crisis in this poem. Mayakovsky writes in verbal cartwheels and associative flights of language, allowing wordplay, sonic riffs, and rhyme to drive his rhetoric and imagery. I sought to preserve both each line’s intended meaning and Mayakovsky’s rhythm and music. I also attempted to make the poem’s diction smooth, accessible, and idiomatically modern to a 21st century American ear.