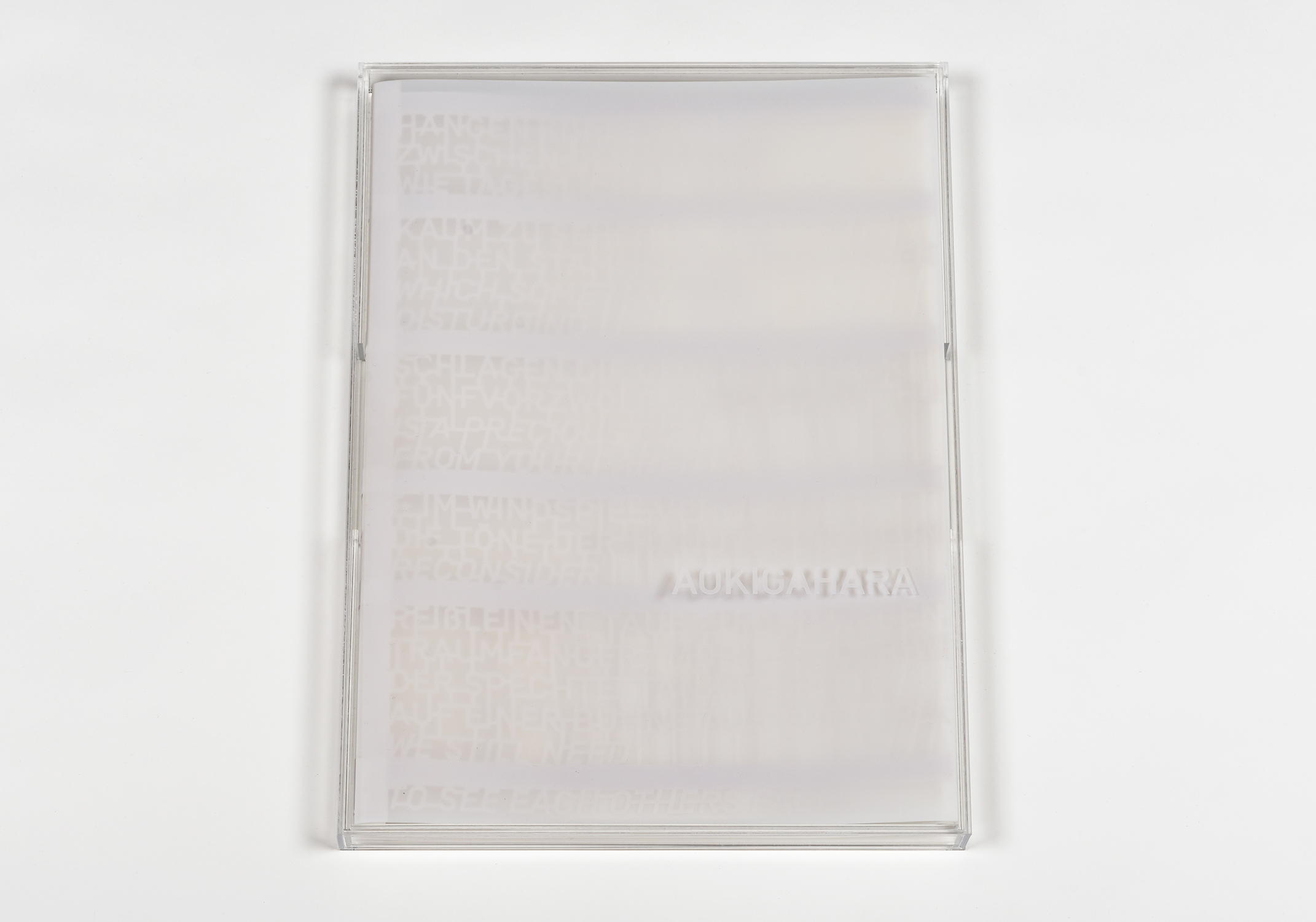 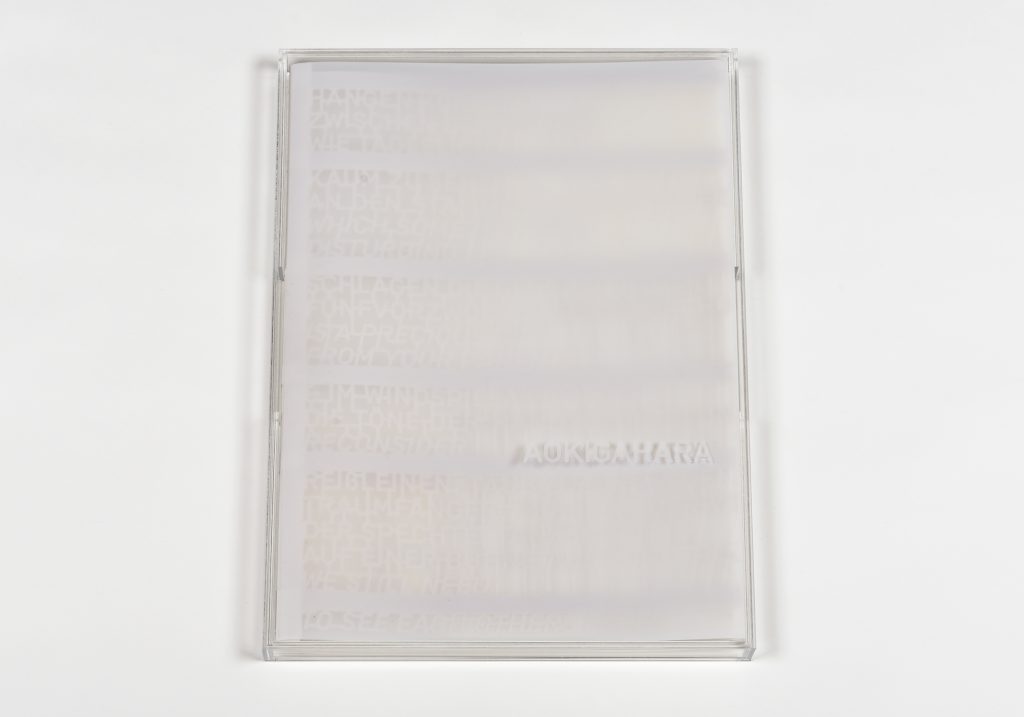 closed acrylic box with book inside, front side 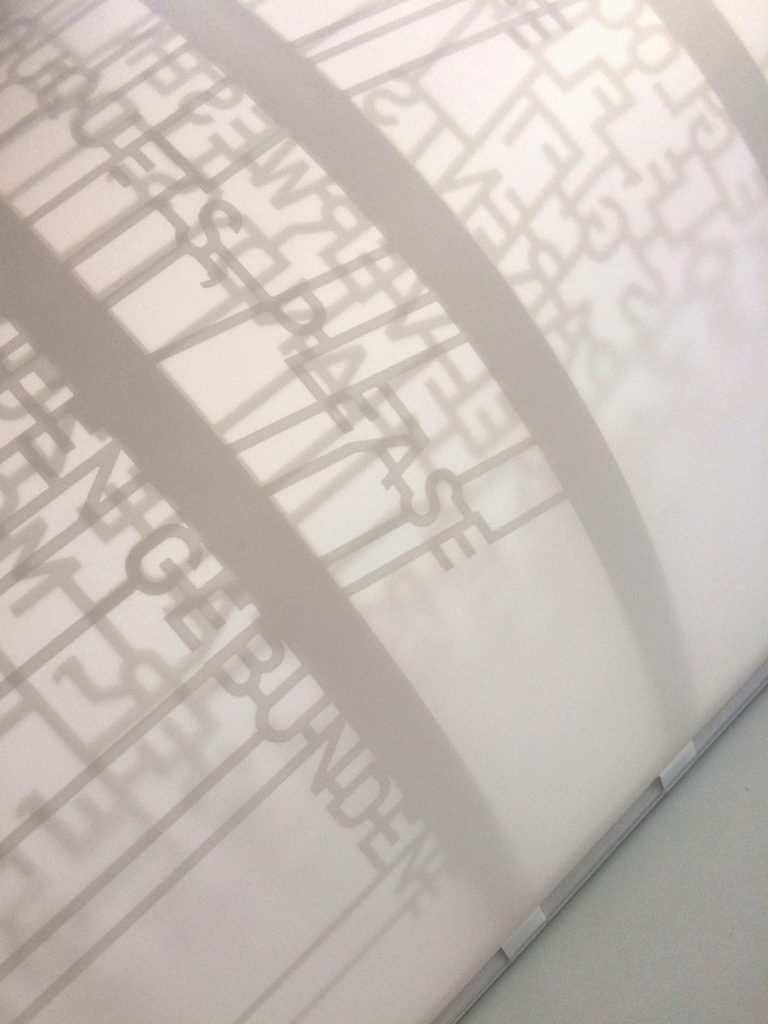 detail view of the cover 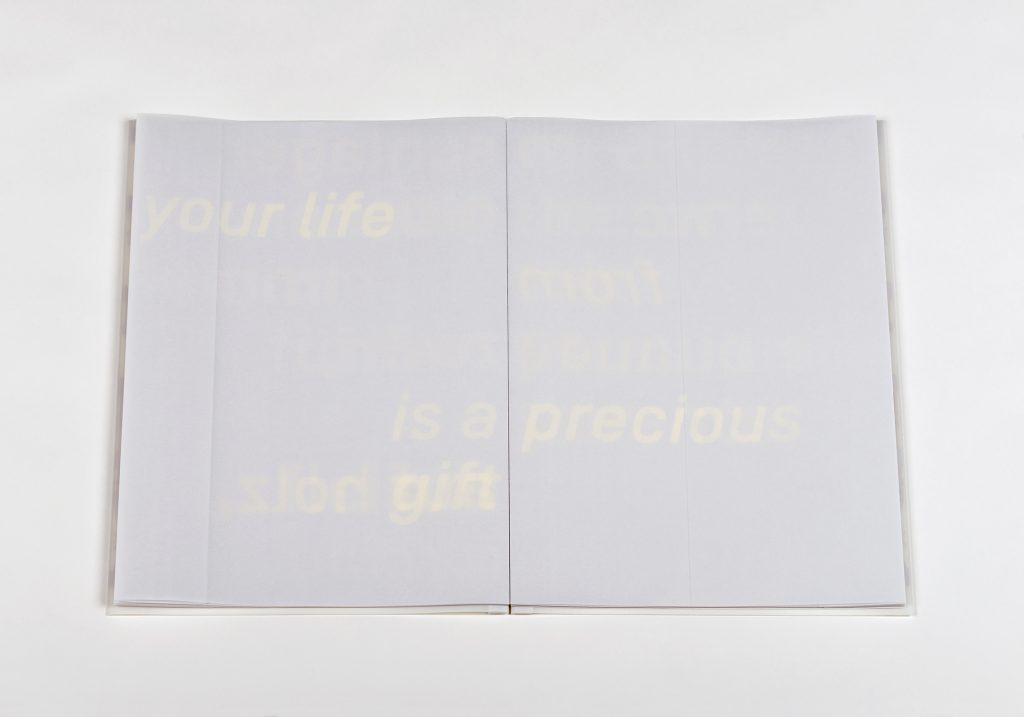 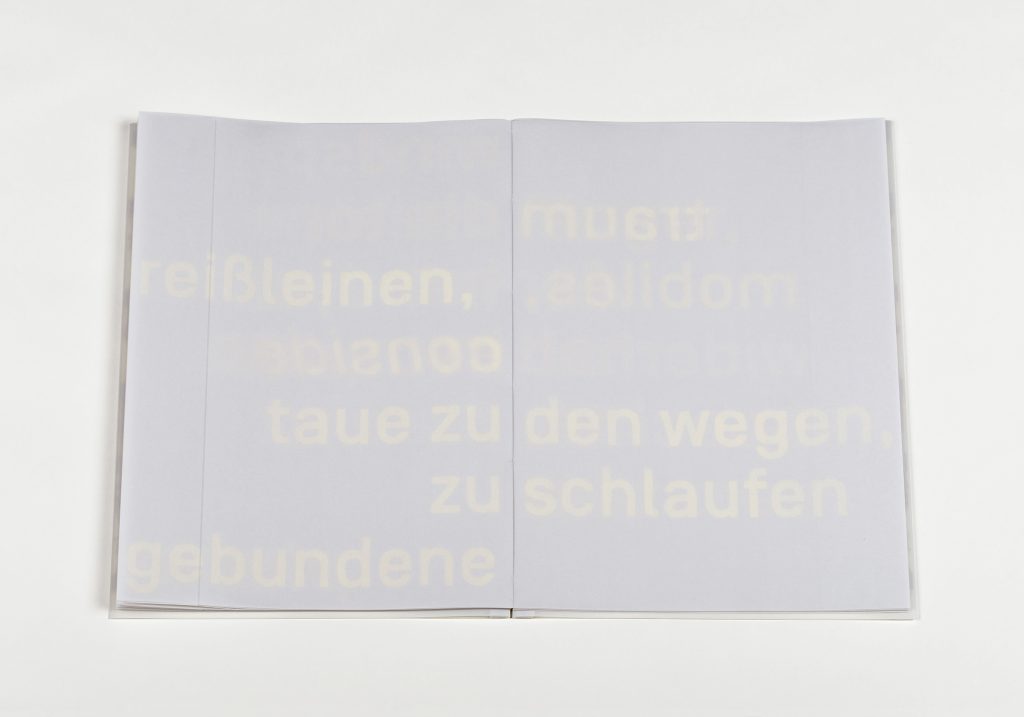 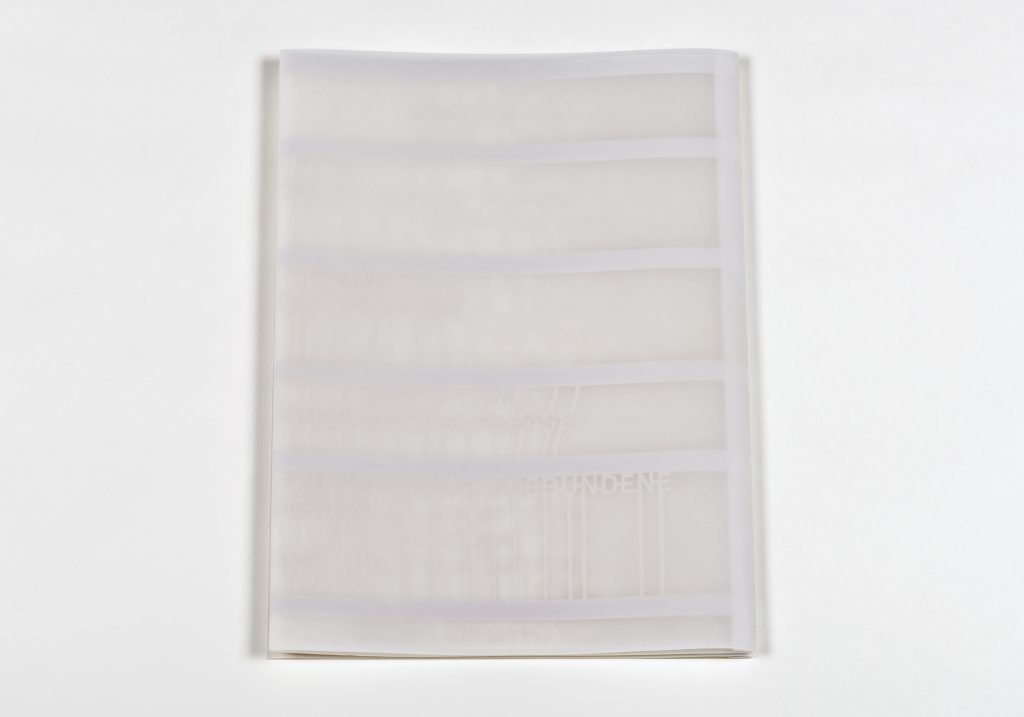 rear side of the closed book

Aokigahara
2016
UVC-light-printing* on blue-Z-tracing-card, coptic binding of  17 irregular gate-folds with 0.148mm acrylic thread. Cover made of laser-cut transparent cardboard, covered with half-transparent NT-pairu-foil and arinda clear foil. Acrylic box with title and colophon silkscreened with half-transparent ink.  * The text is not printed in a classical way but a visible color change within the paper following the exposure to extreme UV rays. To achieve this, I cut stencils with the poem out of cardboard that were fixed with small magnets on top of each single sheet. Tracing-paper and stencil were placed in a box with two very strong UVC-lamps for 24 hours.
15 + 3 copies
34 pages
45cm x 64cm x 1cm // 17,7’ x 25,2’ X 0,4’
45cm x 32cm x 1cm // 17,7’ x 12,6’ X 0,4’

Aokigahara, also known as the Suicide Forest or Sea of Trees (Jukai) is a forest on the northwestern flank of Japan’s Mount Fuji thriving on 12 square miles of hardened lava. Parts of Aokigahara are very dense, and the porous lava absorbs sound, helping to provide visitors with a sense of solitude. The forest has a historical reputation as a home to Yurei or ghosts of the dead in Japanese mythology. In recent years, Aokigahara has become internationally known as one of Japan’s most popular destinations for suicide. The site’s popularity has been attributed to Seicho Matsumoto’s 1961 novel Nami no To (Tower of waves) which started a trend for love-vexed couples, and then jobless people, to commit suicide in the Aokigahara Jukai.

To understand the high figures of people committing suicide it is important to know that throughout Japanese history, suicide has never been prohibited on religious or moral grounds. It is rather quite permissible in Japanese society, something honorable that is even glorified.

Stephan Reich’s poem shows the beauty of the forest opposed by the image of dead bodies as well as quotations from signs erected to hold off the desperate to commit suicide.

The contrast between the beauty of nature and the traces of desperate throughout the forest is visualized by the technique I used to »print« the book: by exposing the tracingpaper to extreme UVC-light it changes its color from blue-white to an almost fluorescent light yellow.

The subtle color of the yellowed paper evokes the image of someone fading away in the deep forest, at the same time it stands for the decaying process of the paper after it was exposed to UV-rays.

The white color stands in Japanese culture for the color of death, for this reason I limited the book to just this one tone. Since there is no adding of printing ink within the book, the cover shouldn’t be printed as well. I chose to laser-cut the whole poem out of transparent tracingboard, the single letters connected by thin bars. Covered by half transparent foil the lasercut piece evokes the image of a dense misty forest.

The book is kept in a clear acrylic box with a small half-transparent silkscreened title, allowing the reader to get a glimpse of the poem even when the box is closed.