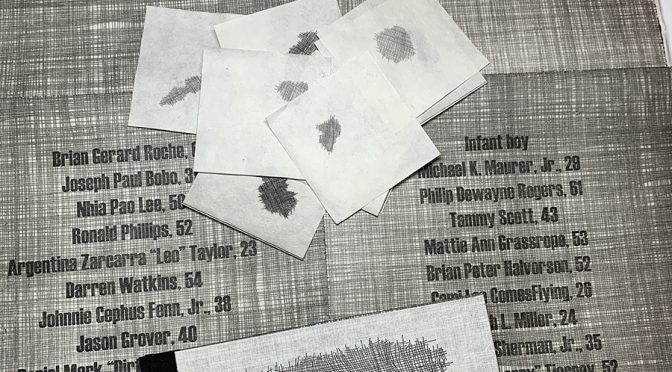 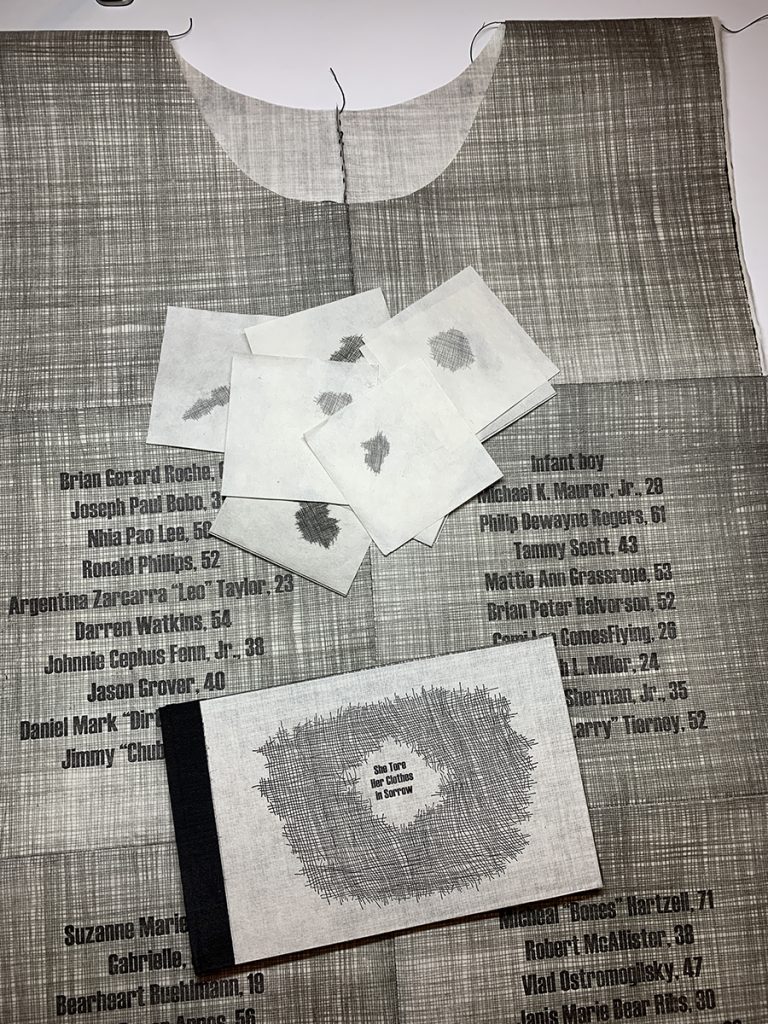 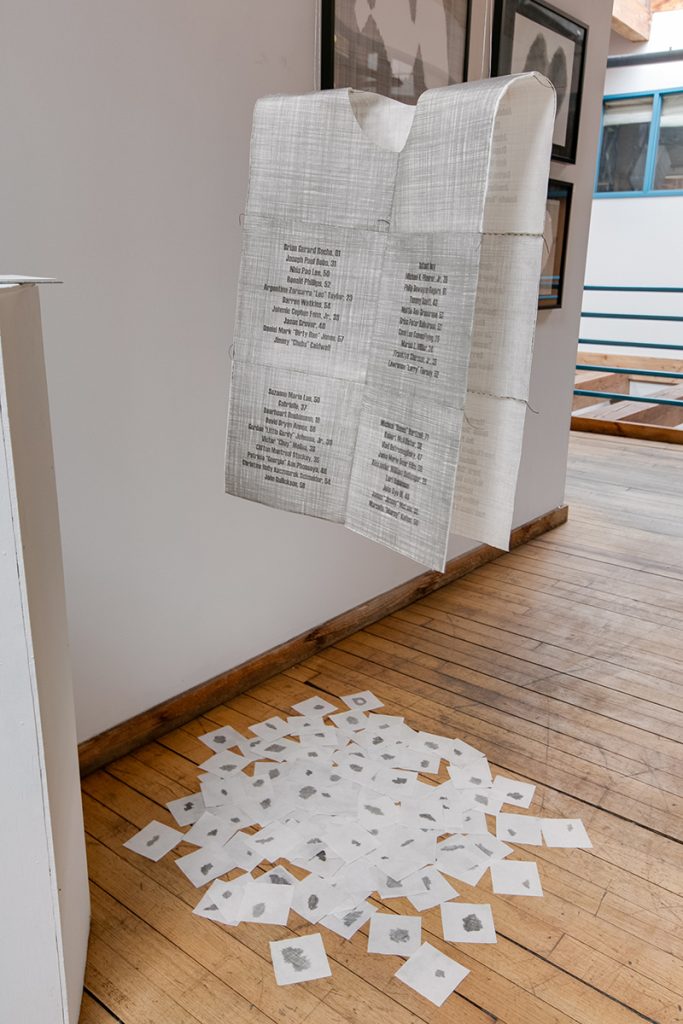 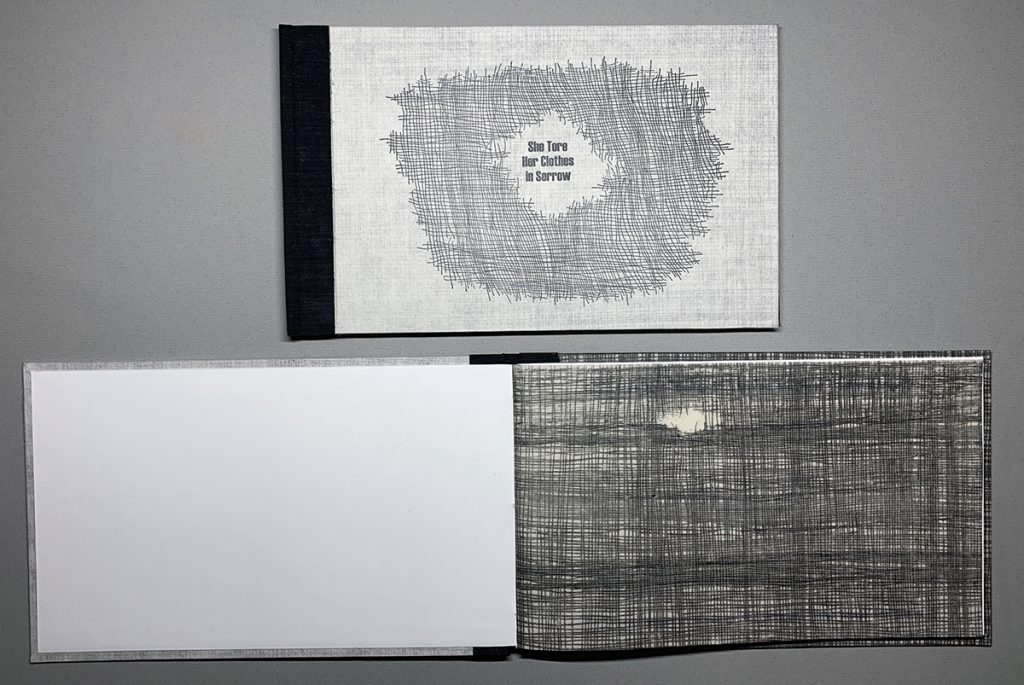 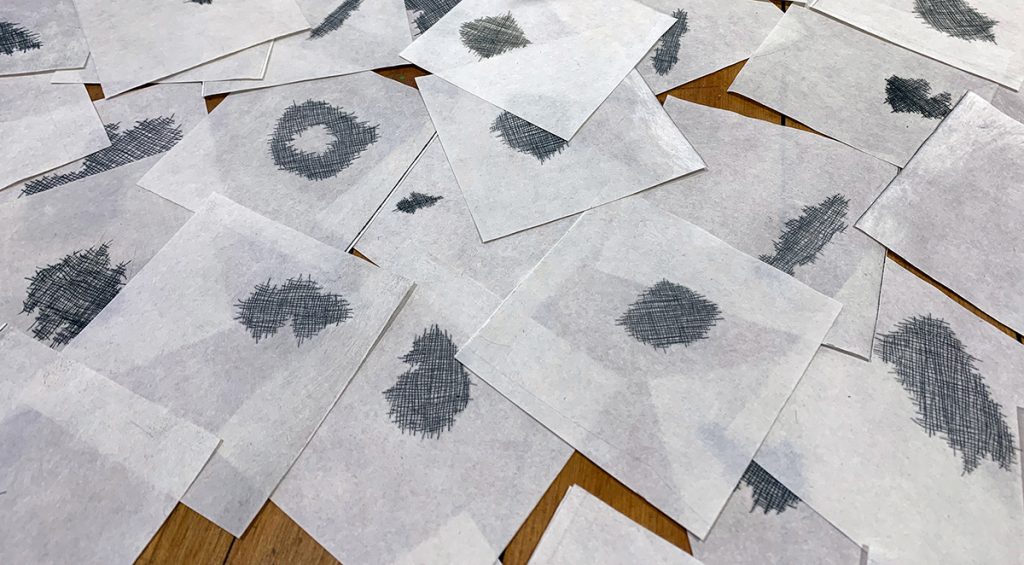 She Tore Her Clothes in Sorrow honors the lives of those who died while homeless in Minnesota in 2018. Although the dominant culture often turns a blind eye toward those who are homeless, these lives are equally as precious as our own. When we ignore or reject someone who looks dirty, whose belongings are piled in a grocery cart, who begs for money, we reject our own vulnerability. We deny the possibility we could lose our homes, too.

The title of this piece is inspired by passages in the Bible and a Jewish custom of mourners tearing their clothing on the death of a loved one. According to Chabad.org the tearing of garments has a dual symbolism. It recognizes the loss, that our hearts are torn. “But ultimately, the body is also only a garment that the soul wears. Death is when we strip off one uniform and take on another. The garment may be torn, but the essence of the person within it is still intact.”

The sorrow I feel is over people who die while homeless. Those who literally freeze to death during a Minnesota winter, those who overdose, those whose health deteriorates from the stress of basic needs unmet. Those whose hearts give up after the trauma of childhood abuse.

Quotations in the book juxtapose statements by people of privilege with those who experience the lack of compassion and even abuse by people enjoying more privilege. Statistics and statement about homelessness are from the 2018 Wilder Research Study on Homelessness.

The 4” x 4” squares, each with the image of torn cloth and 100 in total, express sorrow for the 98 people whose names appear on the tunic and in the bound book, plus one infant. The 100th square is dedicated to those who died unseen and recorded.

In recognition of the connectedness between all beings, whether they have homes or not, She Tore Her Clothes in Sorrow memorializes the lives of those who lives did, in fact, matter. They may have felt unseen, unsupported, unloved while alive. My artist book raises the lives of these people to a place of dignity. May we see those who are homeless with newly opened eyes and hearts.