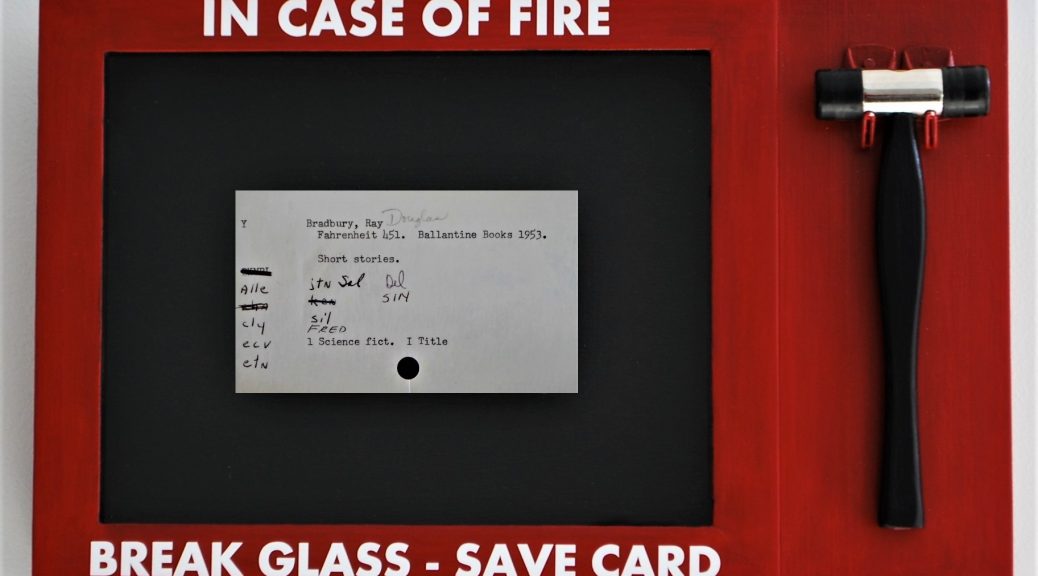 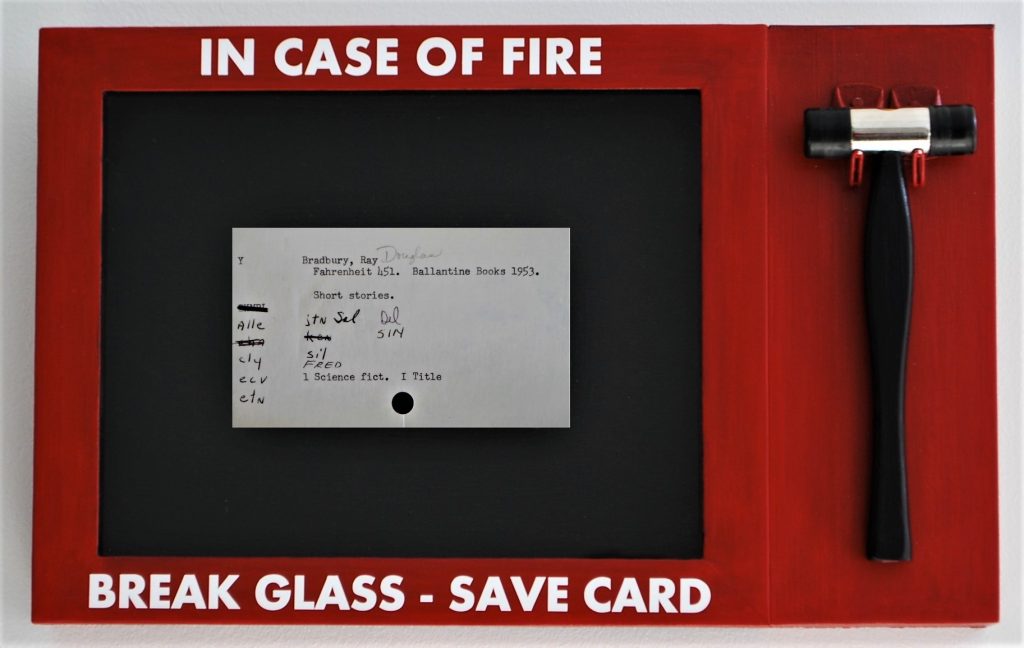 Library catalog cards were retired and removed from public libraries in the United States in the early-to-mid 2000s. This library catalog card representing Ray Bradbury’s 1953 dystopian novel “Fahrenheit 451” is preserved in a glass case as both a tribute and a warning. With a title that references the temperature at which paper catches fire and burns, the novel describes a future time when books are outlawed and, when discovered, burned by government agents.

In a 1956 radio interview, Bradbury said that he wrote “Fahrenheit 451” because of his concerns during the McCarthy era about the potential threat of book burning in the United States. While “ani-intellectualism” has been around for more than a century, its current resurgence is alarming. Mistrust of intellect and education; and dismissal of art, literature and science is prevalent among many, including some of our elected leaders.

In later years, Bradbury said his book was a commentary on how mass media reduces interest in reading literature. When Bradbury died in 2012, the in-home streaming content revolution of Netflix and other content providers was just beginning and virtual reality and online video games were exploding. He could not have imagined the scale to which the “mass media” he feared would actually grow.

In a time where decision-making is too often based on intuition rather than intellectual investigation, this work is a necessary statement of purpose and a clarion call for societal rationality and improvement.