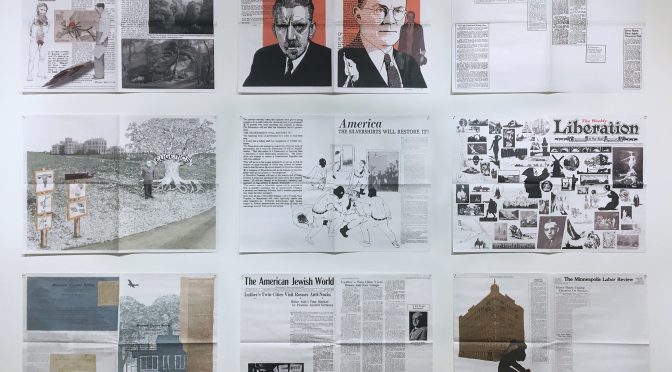 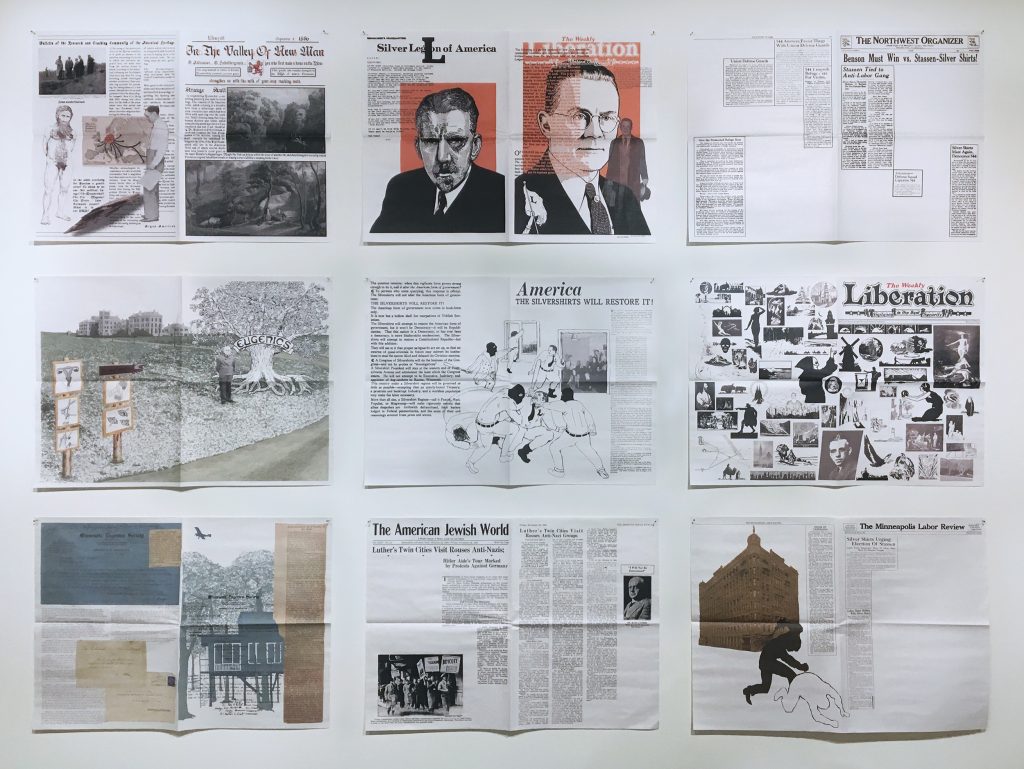 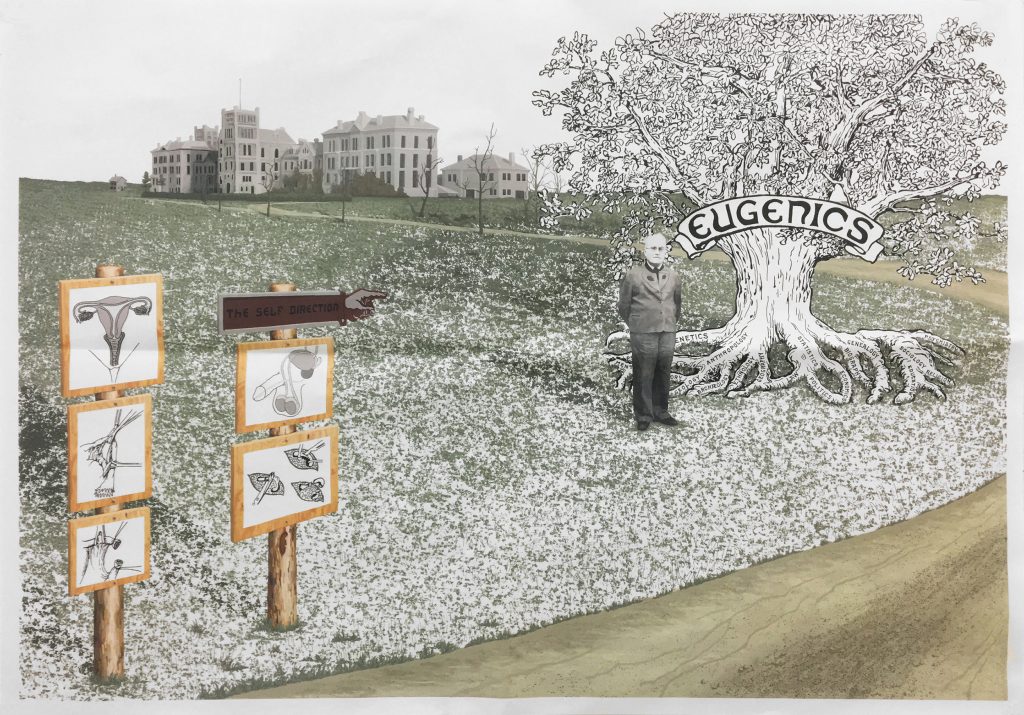 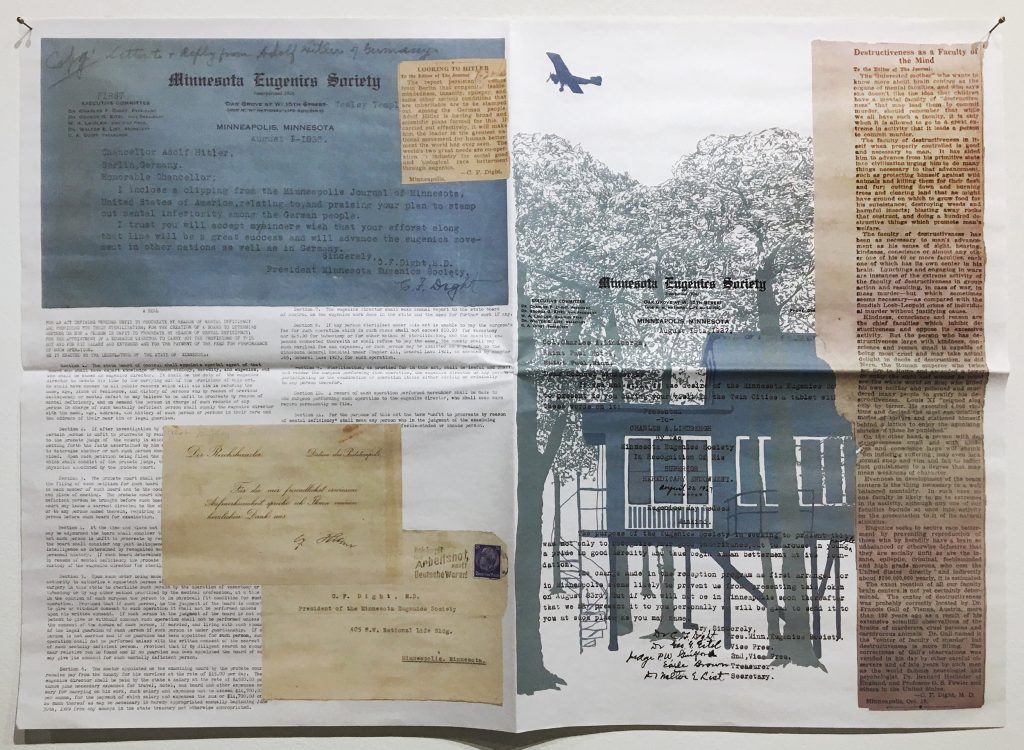 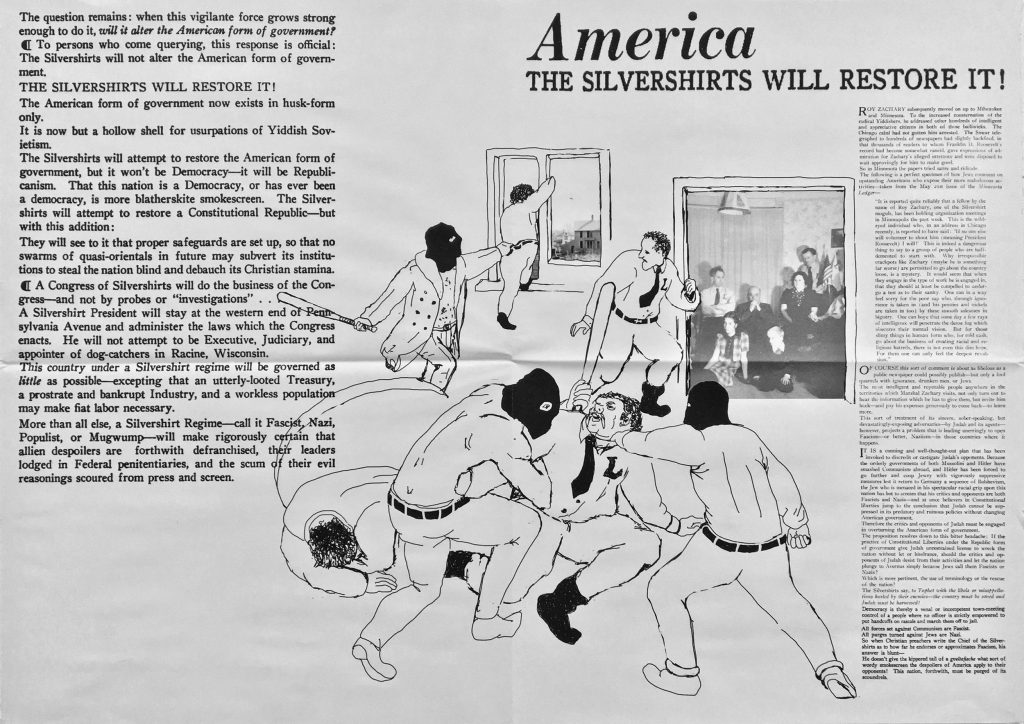 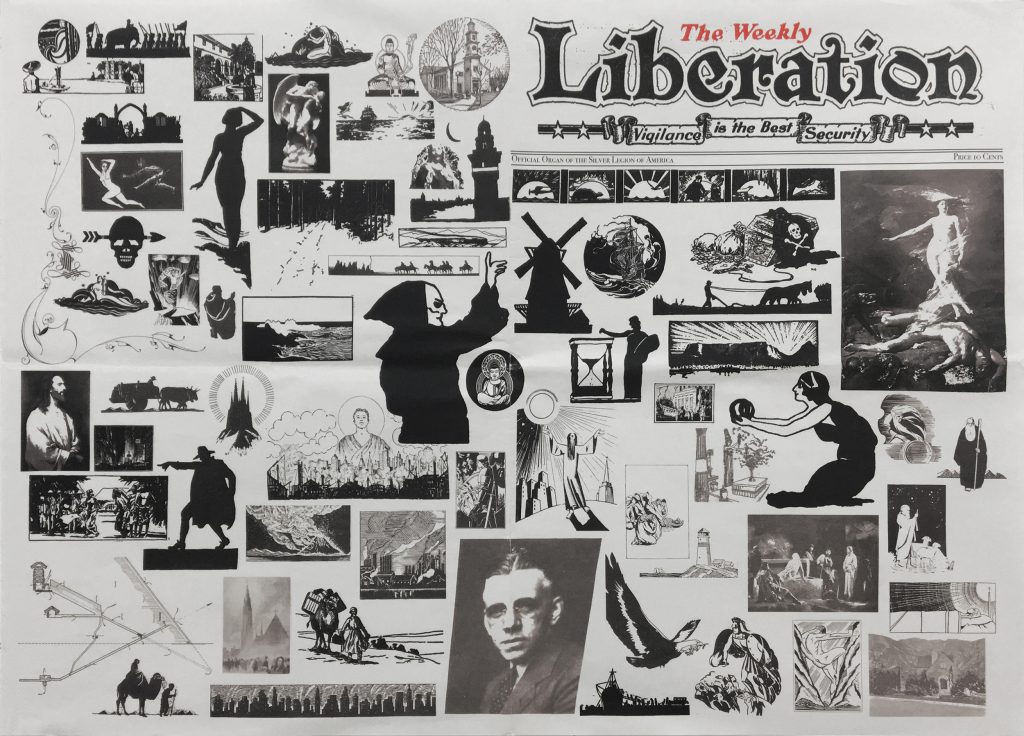 Throughout the 20th century, fascism ​found fertile ground in Minnesota as organizations such as the Silver Legion of America, the German American Bund, the Christian Nationalist Front, and the America First Party spread their ideologies through publications, meetings, and cultural camps. These groups normalized fascist and racist rhetoric in a mostly politically progressive state. But the damage was done; anti-progressive politicians, lawyers, and business leaders capitalized on this hatred and leveraged it to gain control of the state government by the end of the decade. Had it not been for subversive activities by unions and Jewish activists, these fascist organizations may have seen further success.

My digital drawings and collages printed on newspaper allegorically represent the rhyme of history and the aesthetics of ideology. Aged documents scanned from the archives of the Minnesota Historical Society become collage fragments, which I juxtapose with digital drawings before printing on newspaper. The collaged element is both a practical means of incorporating historical documents—remnants slowly yellowing in a library basement—into a form that can remain present and accessible, as well as a poetic meditation on how the voice of history spoken by people decades apart can sound the same. The drawings bring a visual presence to actions and events hidden in the fragments of the past.

Through printing on newspaper, I seek to engage the historical legacy of this democratic means of disseminating information, opinion, experience, and facts. I see newspapers as representative of communities of people. While these works pinned on the wall are not a traditional “book” nor folded up to be held as a newspaper, their relationship to seriality and narrative conceptually conects to a progression of pages and the immersive, imaginative experience of reading. This project is ongoing; I continue to make new drawings and collages based on research at the Minnesota Historical Society. The poetics of the newspaper implies an ongoing release of information. In this way, the narrative never truly ends but continues to reanimate through new additions, new arrangements, and new installations. The work included here represents one iteration of this ongoing series.

The localities of our history resonate through time and space, but often feel abstract as a list of events recorded in a textbook. I seek through this body of work to build a world, to make these records and narratives tangible through the imagination, provoking the viewer to see history and reality differently.