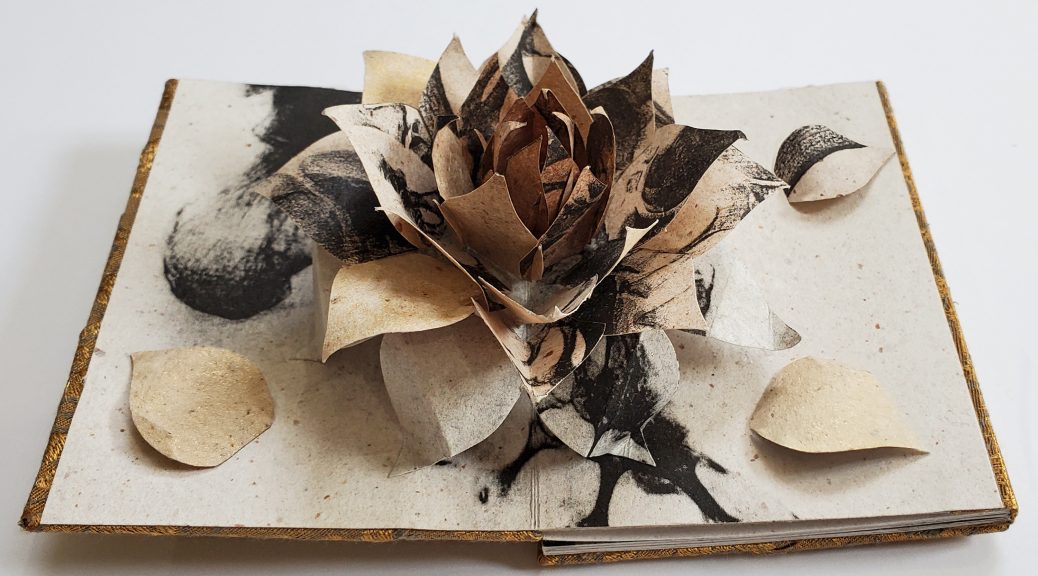 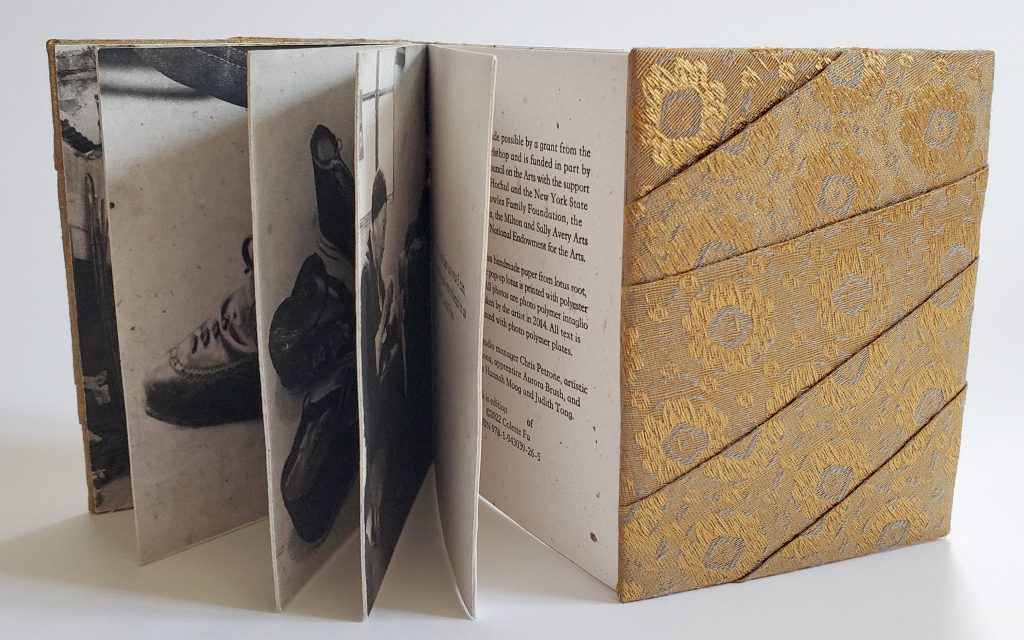 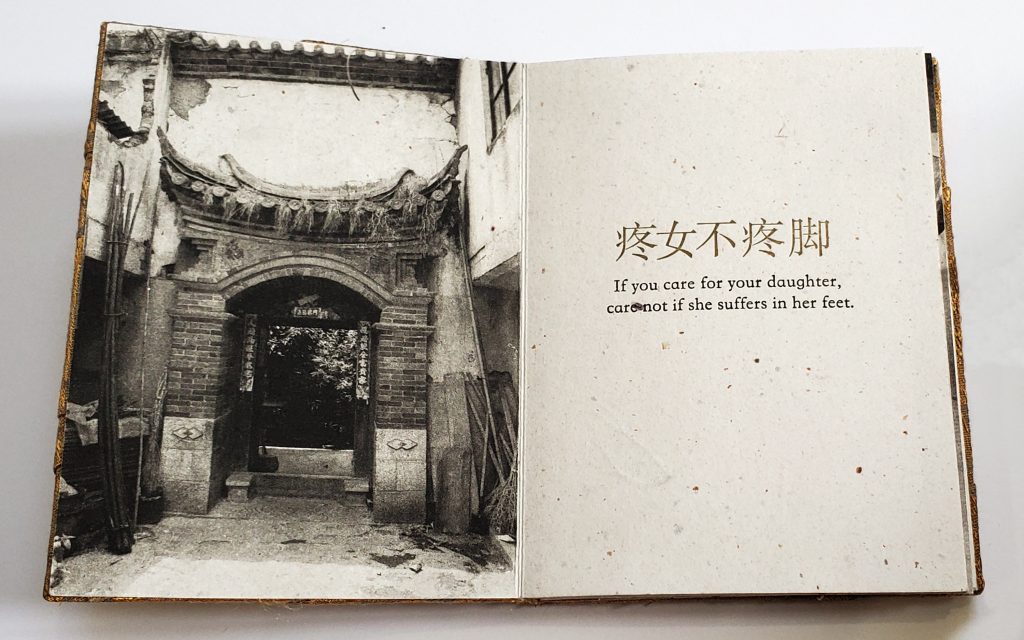 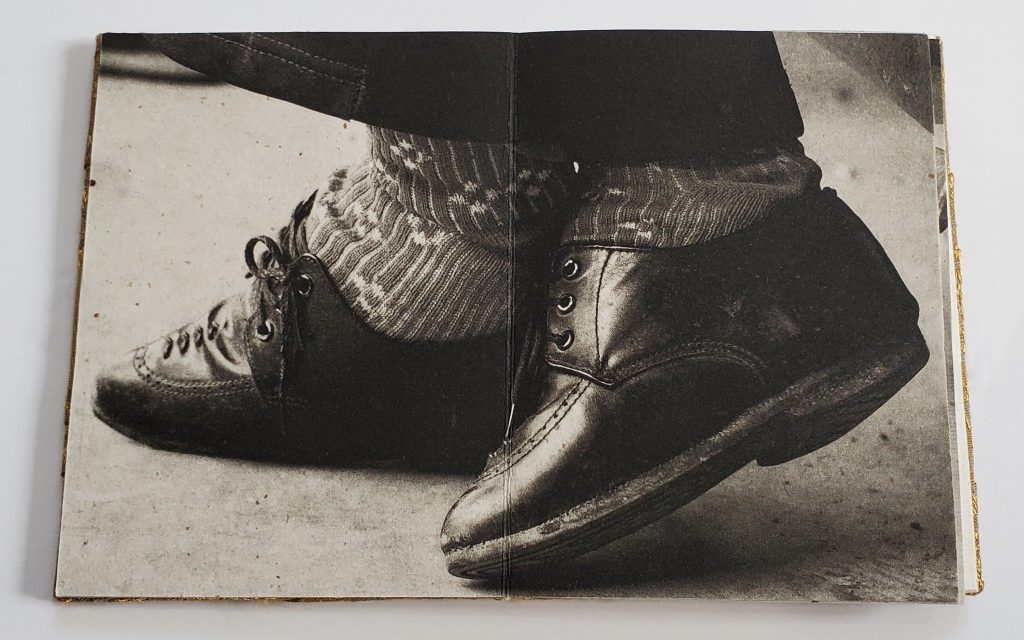 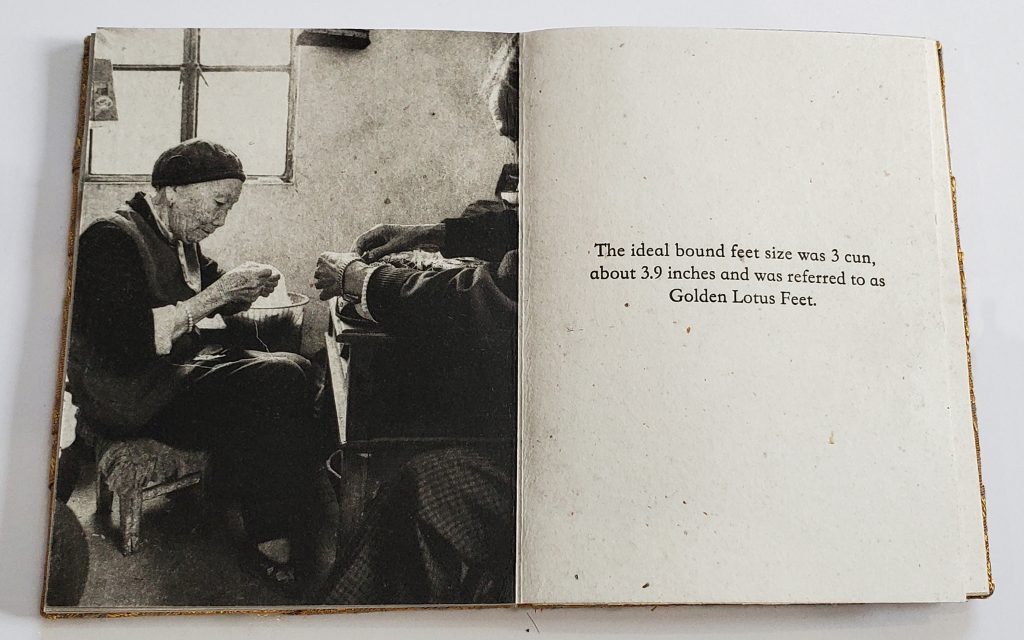 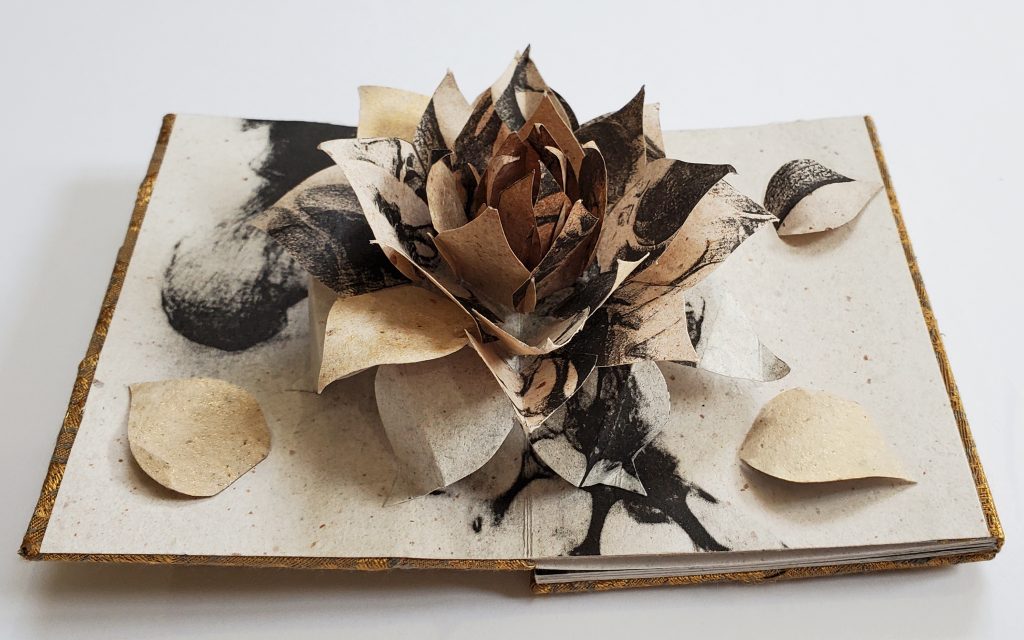 The ideal bound feet size was 3 cun, about 3.9 inches
and was referred to as Golden Lotus Feet.

A popular origin story mentions how footbinding was inspired by a 10th-century palace dancer who danced upon a 6-foot-tall golden lotus of jewels, ribbons, and precious gems reminiscent of the lotus in Buddhist sculptures. With her feet tightly wrapped in silk arched like the new moon, she danced so gracefully on the points of her toes that other court ladies began to imitate her.

The textile and handicrafts industry once prospered in the southern city of Tonghai, Yunnan Province where Han women were often confined to their homes to weave and do housework. In 2014 I traveled south to the neighboring village of Liuyi Village, which was once referred to as the Bound Feet Village. I met Wang Lifen at the senior community center who explained how she was once part of a dance troupe of women with bound feet that would perform for tourists there; in the early 2000s, almost 300 women in her village had bound feet.

Footbinding was a custom practiced on young girls for approximately one thousand years in China beginning around the 10th century. While it began as an elite upper-class practice, by the 19th century, almost half of women from all classes were known to have bound feet. My great grandmother and grand aunt on my father’s side had bound feet; my mother is from a minority group called the Yi and they did not practice footbinding. While it was outlawed in 1912, some mothers continued to carry it out in secret. 86-year-old Wang Lifen’s mother started binding her feet at the age of 7 and told her it was the only way to attract a good husband.

All pages of the dos-à-dos bound book are printed on handmade paper made with lotus root, kozo, and cotton. Gold is subtlely painted onto the backside of some of the petals. The size of the pop-up lotus mimics the size of the ideal bound foot of 3 cun (Chinese inches) or about 3.9 inches. The shades of the lotus intentionally go from light to dark as you approach the center to mimic the shades within the lotus root. The images on the petals are from a 1970s X-ray of bound feet combined with X-ray images of my own feet and are printed with polyester lithography plates. As I thought the Xray of the bound feet looked calligraphic in style, the whole book is bound with gold brocade intended for scrollmaking. All other photos are photopolymer intaglio prints and were taken in 2014. All text is
letterpress printed with photopolymer plates.

Golden Lotus was made possible by a grant from the Women’s Studio Workshop and is funded in part by the New York State Council on the Arts with the support of Governor Kathy Hochul and the New York State Legislature, the Cowles Family Foundation, the Windgate Foundation, the Milton and Sally Avery Arts Foundation, and the National Endowment for the Arts. The Women’s Studio Workshop team included studio manager Chris Petrone, artistic director Erin Zona, apprentice Aurora Brush, and studio interns Hannah Moog and Judith Tong.