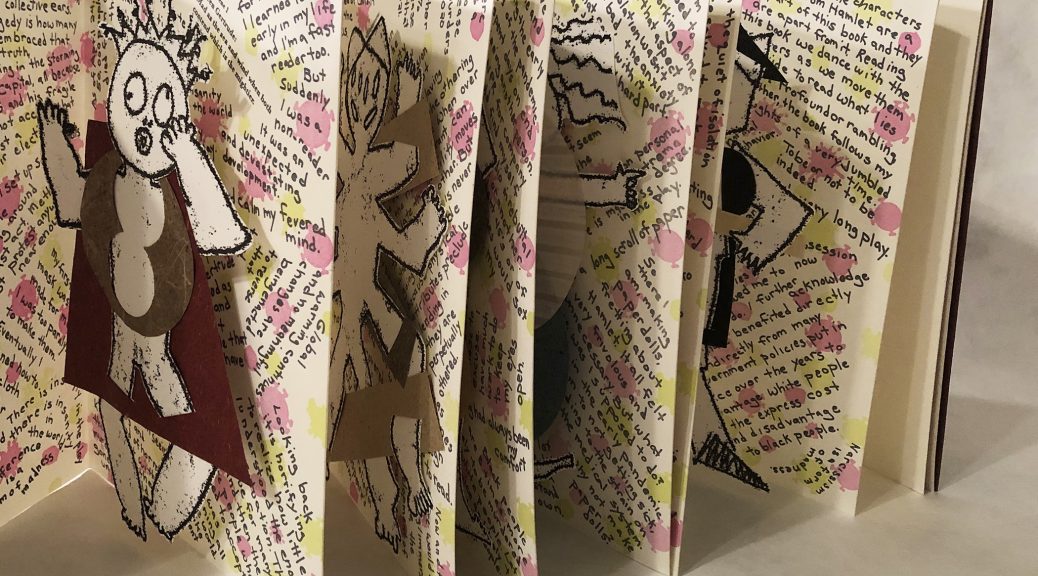 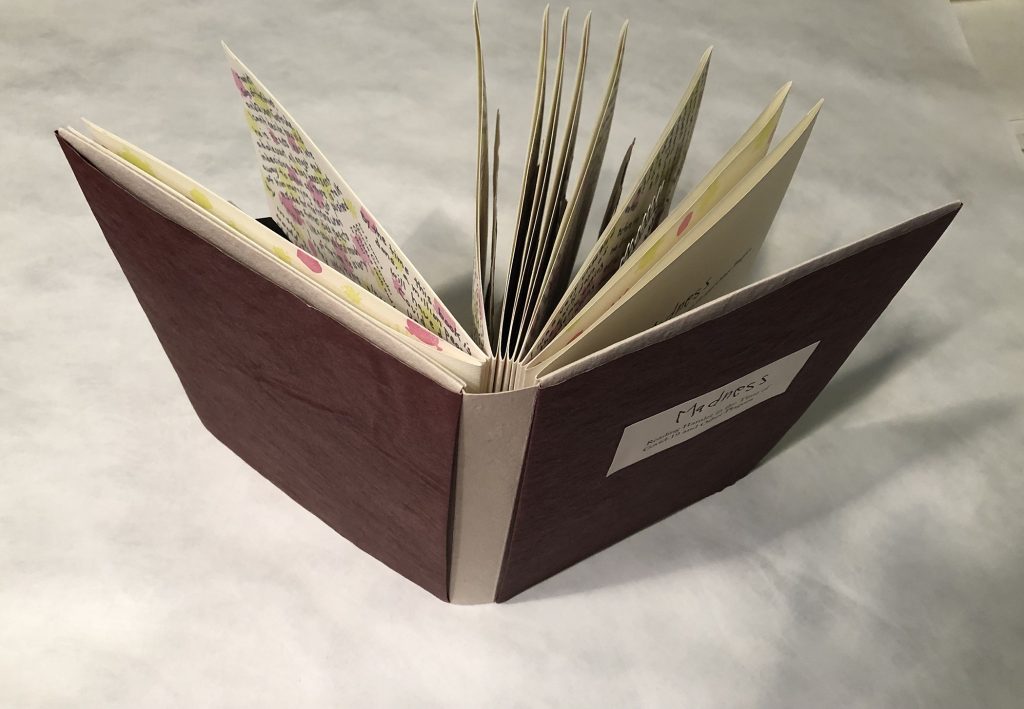 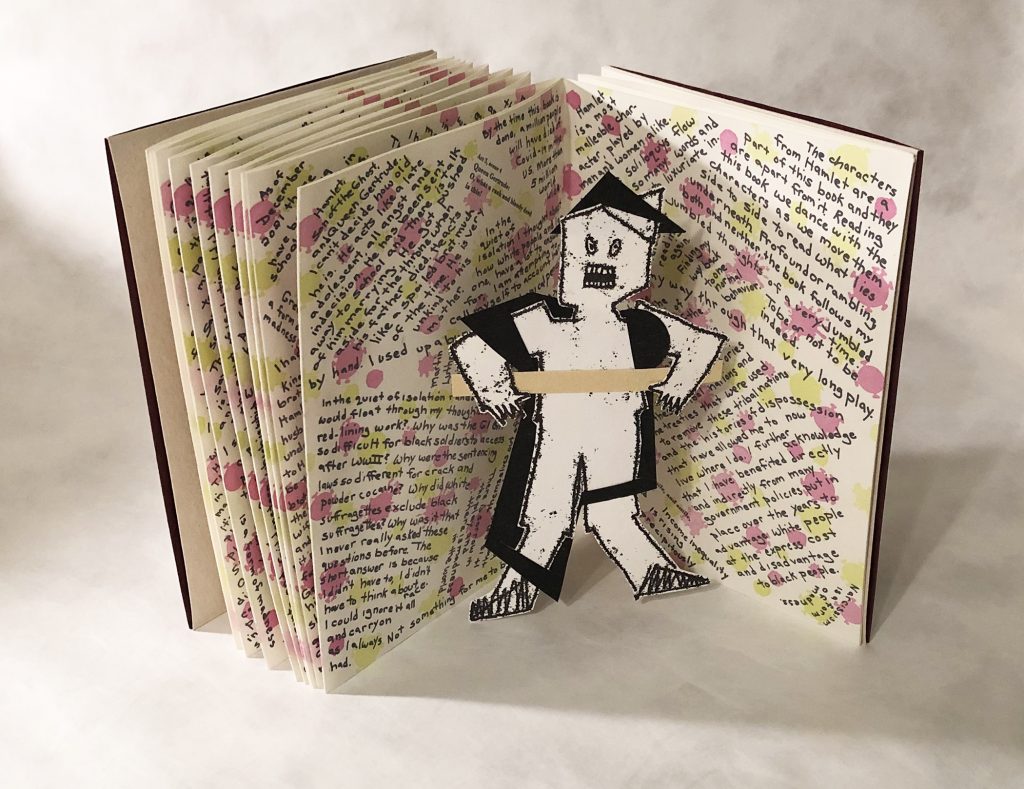 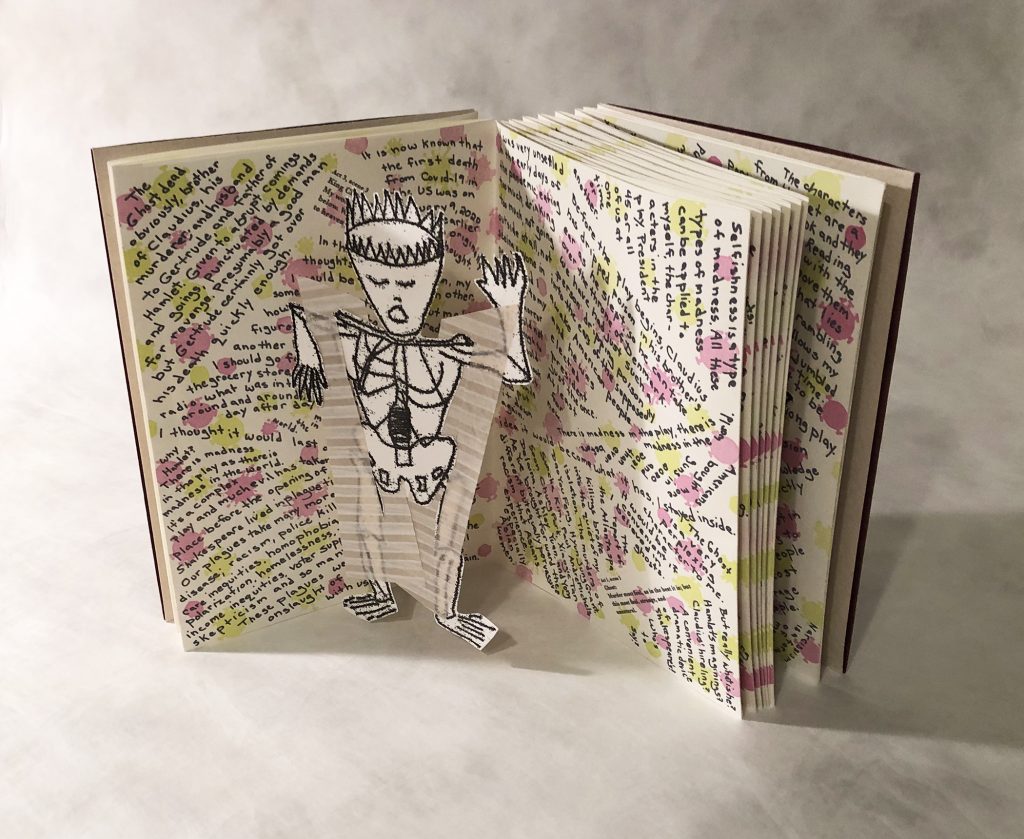 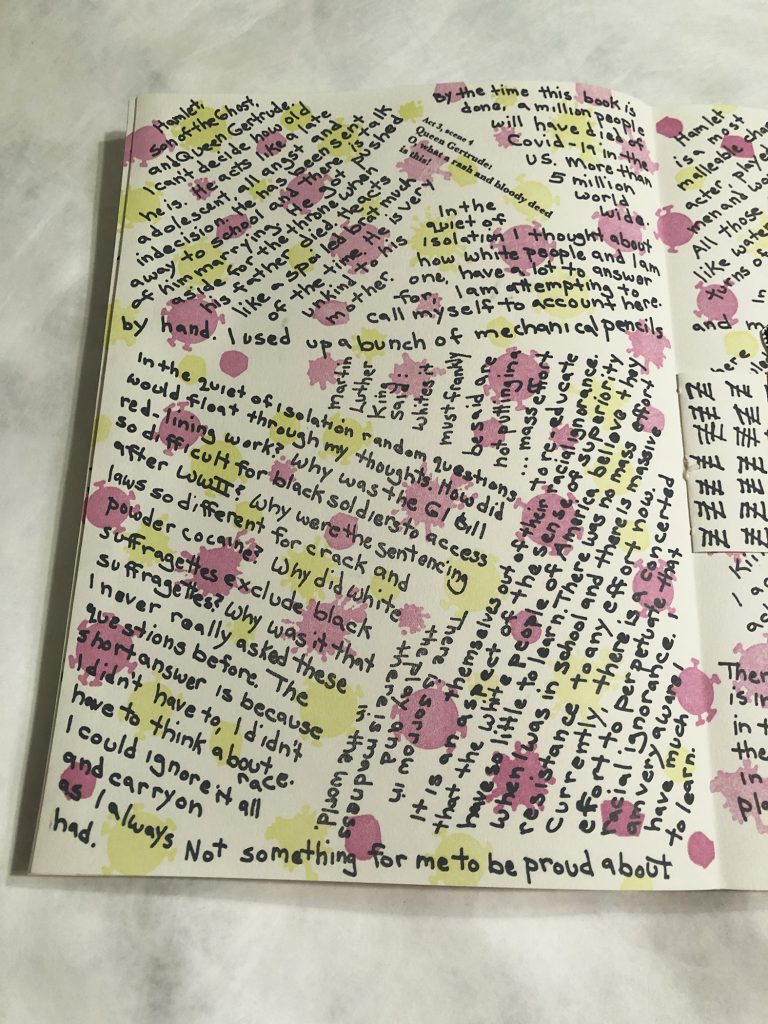 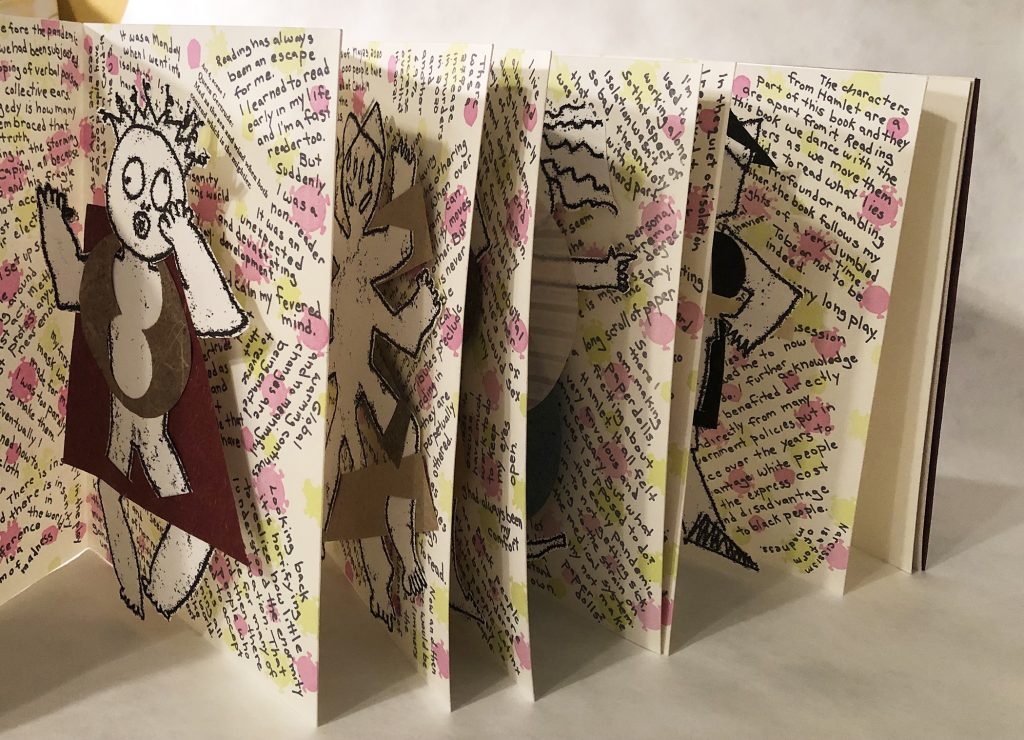 Madness was created during the pandemic and went through many forms before it became what you see here. It’s appearance and content are very much shaped by my time in isolation. Initially, I copied out the play Hamlet by hand starting in March 2020 because I was too anxious to sit and read. I also was making paper puppets for companionship. The project kept changing as events swirled around me. I struggled to make sense of the project in a world gone crazy. One part of the play I kept coming back to, was the way Hamlet’s father was killed before the play had even begun. The Hamlet’s father was killed by his brother dripping poison in his ear as he slept. The American people had a steady drip of poison into our collective ear before the pandemic began. That poison set in motion all that followed in the five acts of the play. In our time, that poison has affected all that has come since. The text is a crazy quilt arrangement of lines from Hamlet and my writing on repeating themes of fear, disease, Black Lives Matter, Asian hate crimes, the insurrection, so much death and isolation, and more.