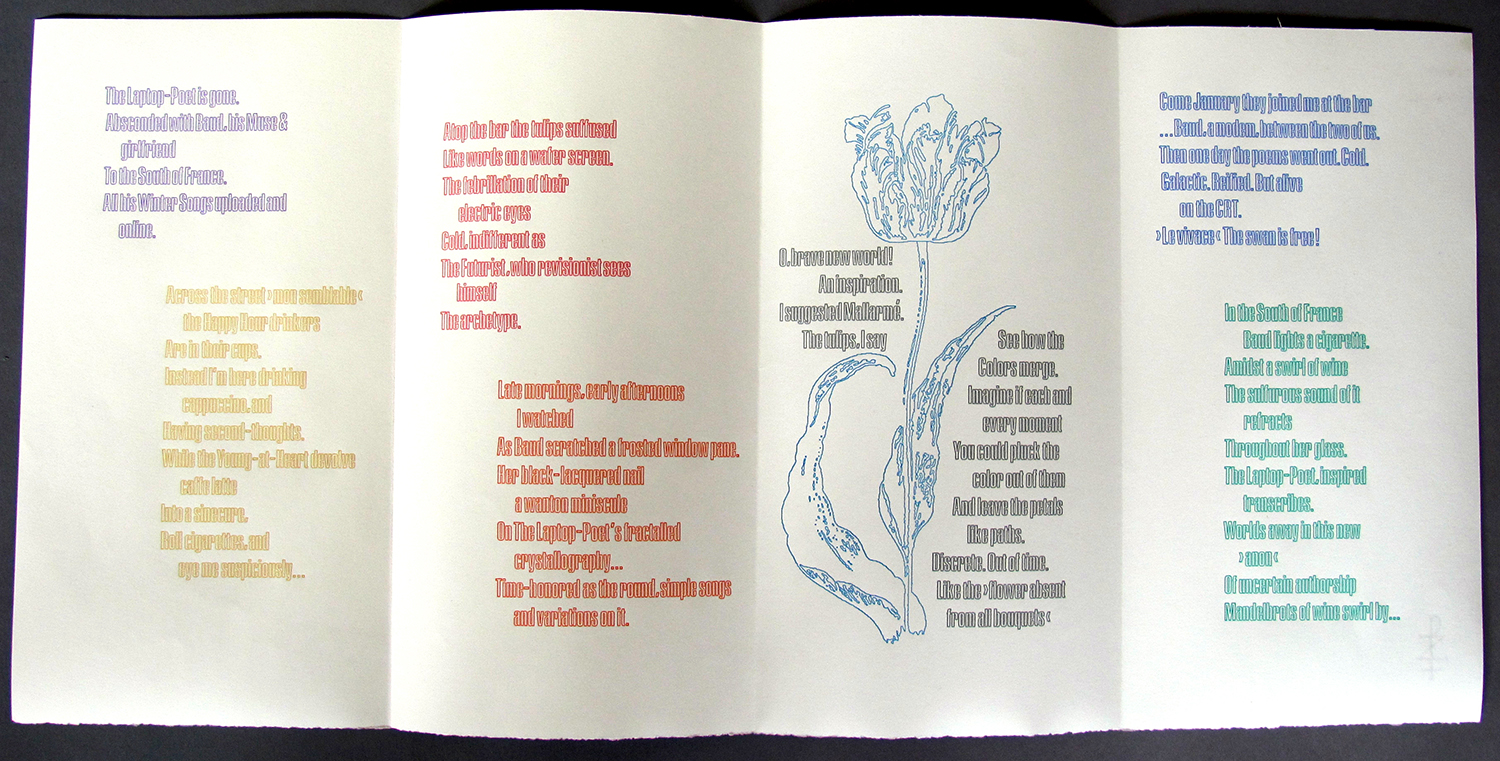 title page, with reveal of false title and double gatefold

page from the essay by A.S. Stompando: Future Preterite
with note from the poet’s archive

The essay which results, “Future Preterite,” by the esteemed critic Alessandro S. Stompanado is intended to emulate that of the essay by James Joyce, written under the pseudonym Vladimir Dixon; and which appeared in the Sylvia Beach publication of 1929: Our Exagmination Round His Factification for Incamination of Work in Progress, in which Joyce writes an appreciation of his own novel, Ulysses.

As such the book is a multi-layered pastiche of both literary and typographic treatments, along with a tour-de-force double gatefold presentation of the poem in eight colors (each of the seven stanzas in a separate color and the seminal tulip in an eighth); all set by hand and printed letterpress from Permanent Headline from the now defunct foundry Ludwig & Meyer. The essay reflecting directly from the poem moves from the serious to the comic, ranging from discussions of typefaces and handling of individual characters, to musings on the deconstructive possibilities of paint-by-numbers; to comparisons of landmark works such as Mallarmé’s Un Coup de Dès and Crises de Vers; and the pairing of Wordworth’s “poetry is powerful emotion recollected in tranquillity” to a computer nerd’s Read-Only Memory; to the reduction of a painting to stroked outlines in Illustrator. As one of the major themes of the book is the effect of the anachronistic upon the present, as well the future, the printer did not feel obliged to print the entire book from handset metal type. In fact the essay was set on the computer from Eras, one of the very first typefaces to break the lead ceiling, being available in both metal and digital format. The result is a book that blends the handset with the computer-generated, and in its entire production harmonizes the anachronistic: an adhesiveless binding sewn on tapes encapsulating the book.