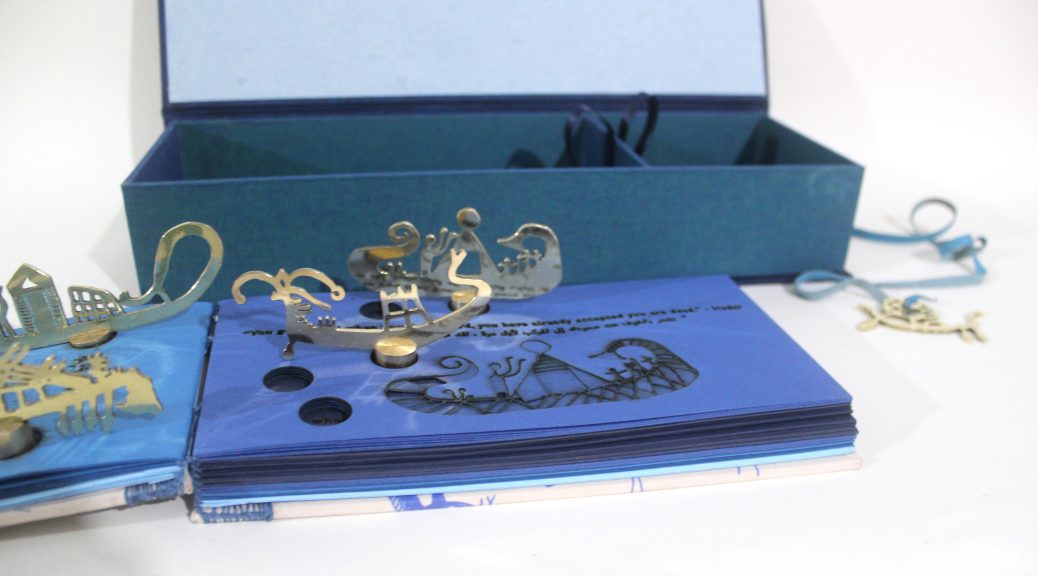 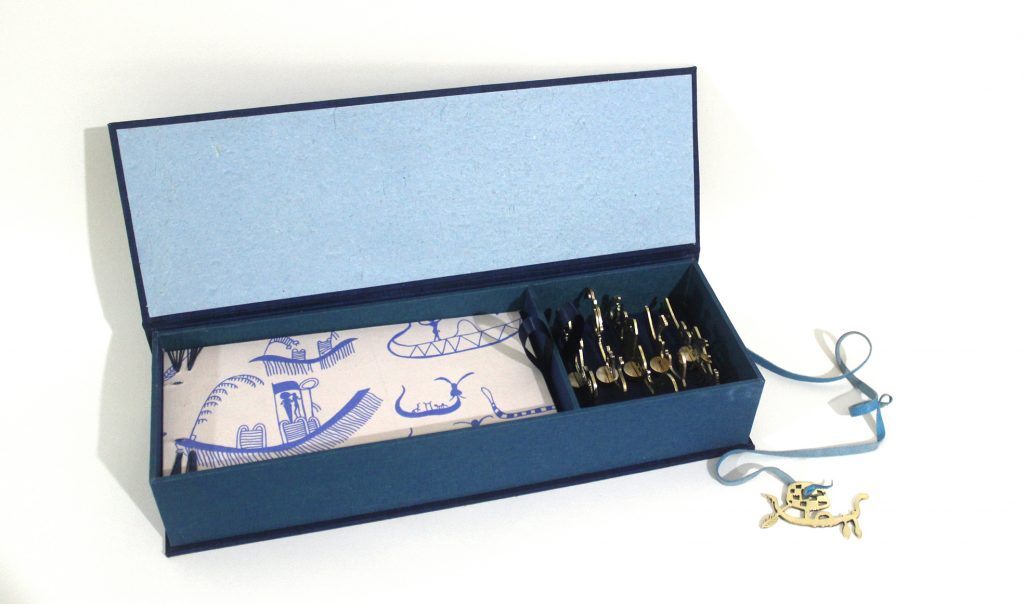 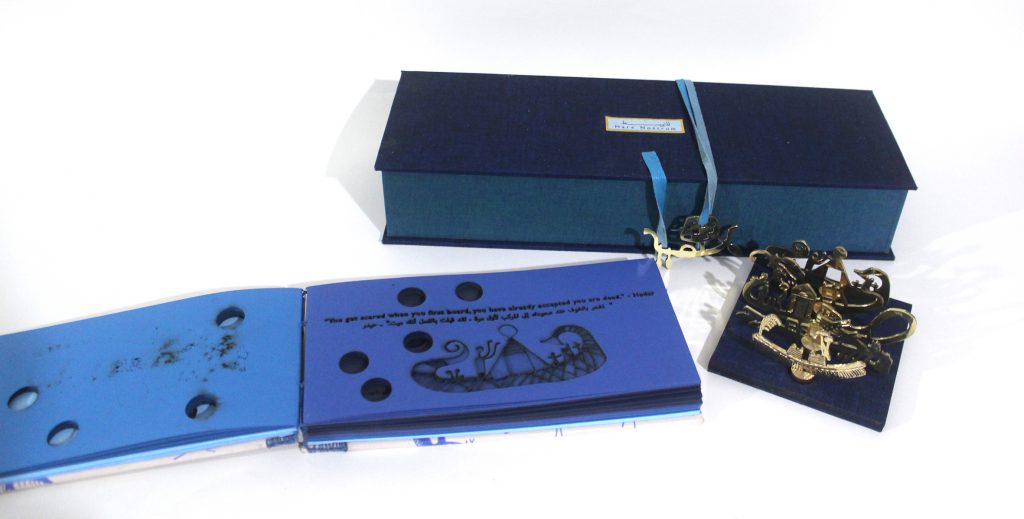 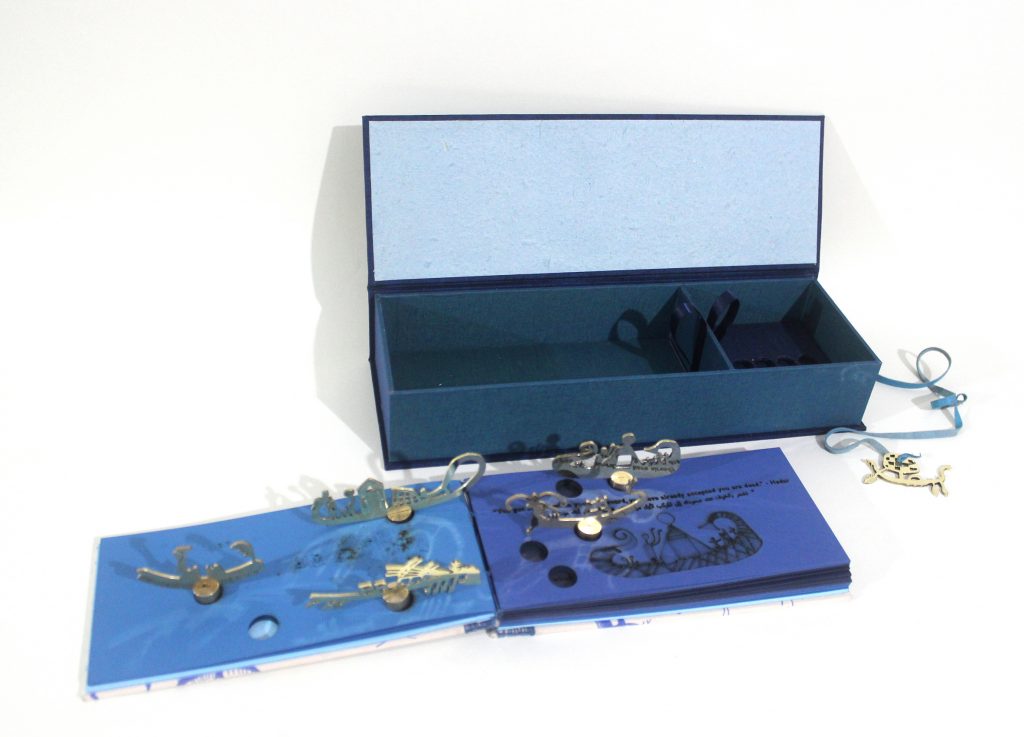 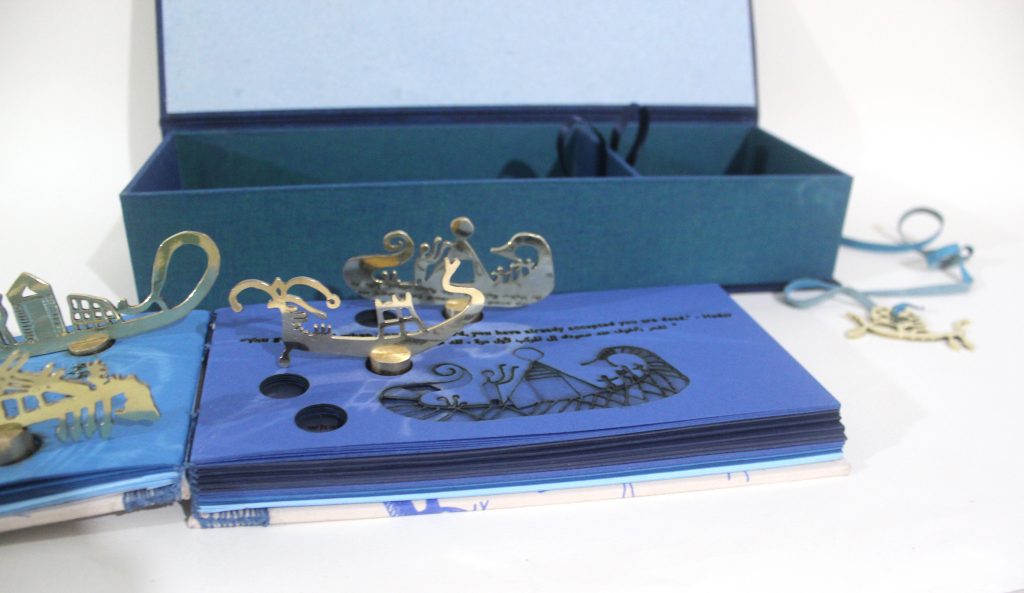 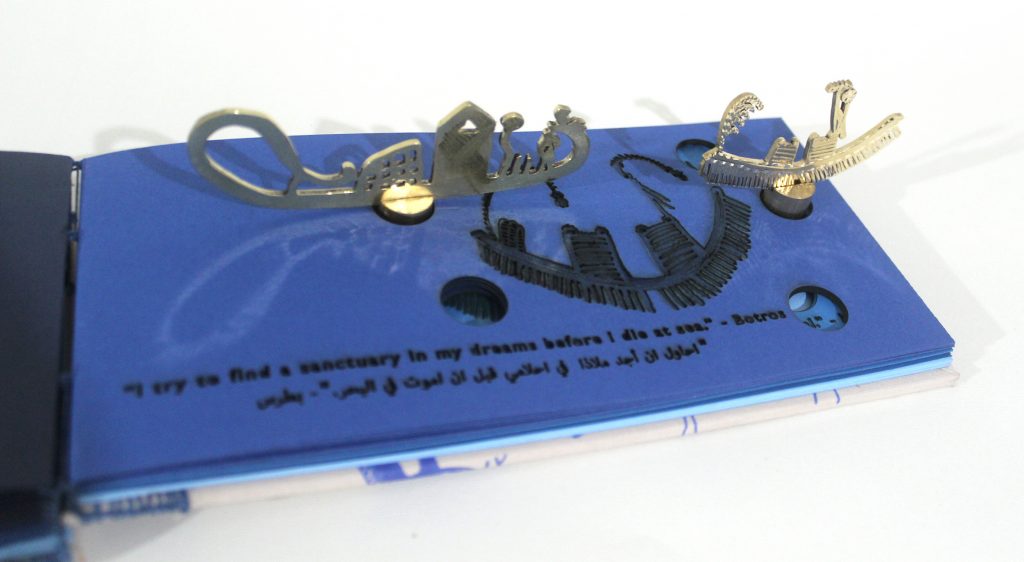 “Mare Nostrum” is a box with two compartments. On the left is a book with images of boats and quotes from migrants who survived the journey of crossing the Mediterranean, reflecting on their experiences. Nine quotes were taken from interviews and video clips where they discussed their experience.

Images of the boats are derived from drawings of boats on pottery from predynastic Egypt. In ancient Egypt, boats were used for ceremonial purposes. Most importantly, taking the king’s bodies from one side of the Nile to another, moving from their temporary life, and death to their afterlife and eternity. This is parallel to the immigrant’s journey, moving from poverty and conflict to freedom and stability.

The book allows the viewers to interact with the immigrant’s journey. Five small circles are laser cut on each section. The brass boat bases fit into the circles allowing the viewer to move the boats within the page space, echoing the immigrants moving process in multiple combinations.

“Mare Nostrum,” in Latin meaning: “Our Sea,” was the Roman name for the Mediterranean Sea. The Italian government also used Mare Nostrum for the military and humanitarian operations to rescue the migrants and arrest the traffickers. Special thanks to my son, Mahmoud Islam, for suggesting the Latin Name.

The book ends with a proverb that emphasizes immigrants’ necessity to aspiring toward a new life.