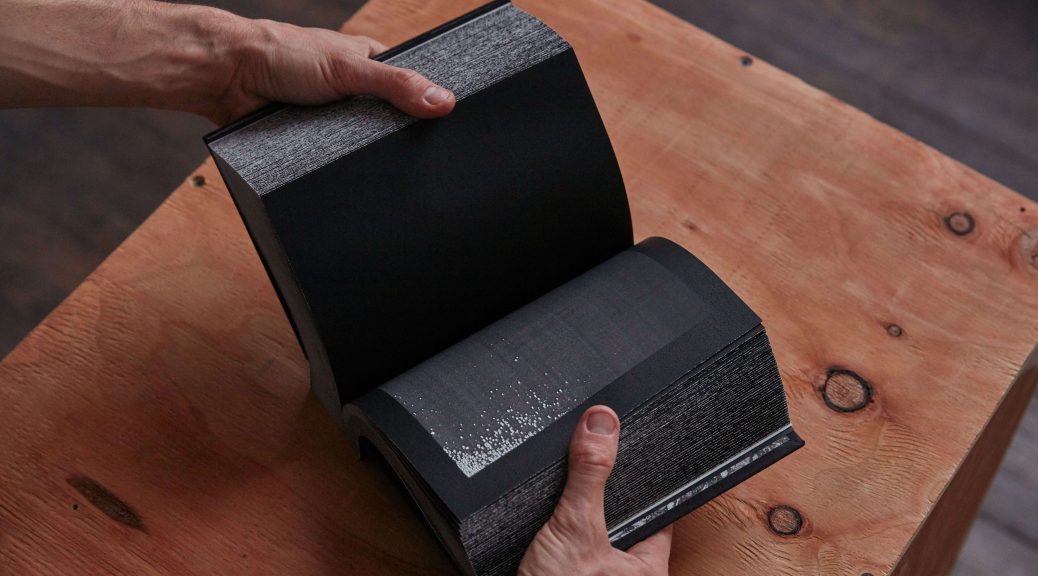 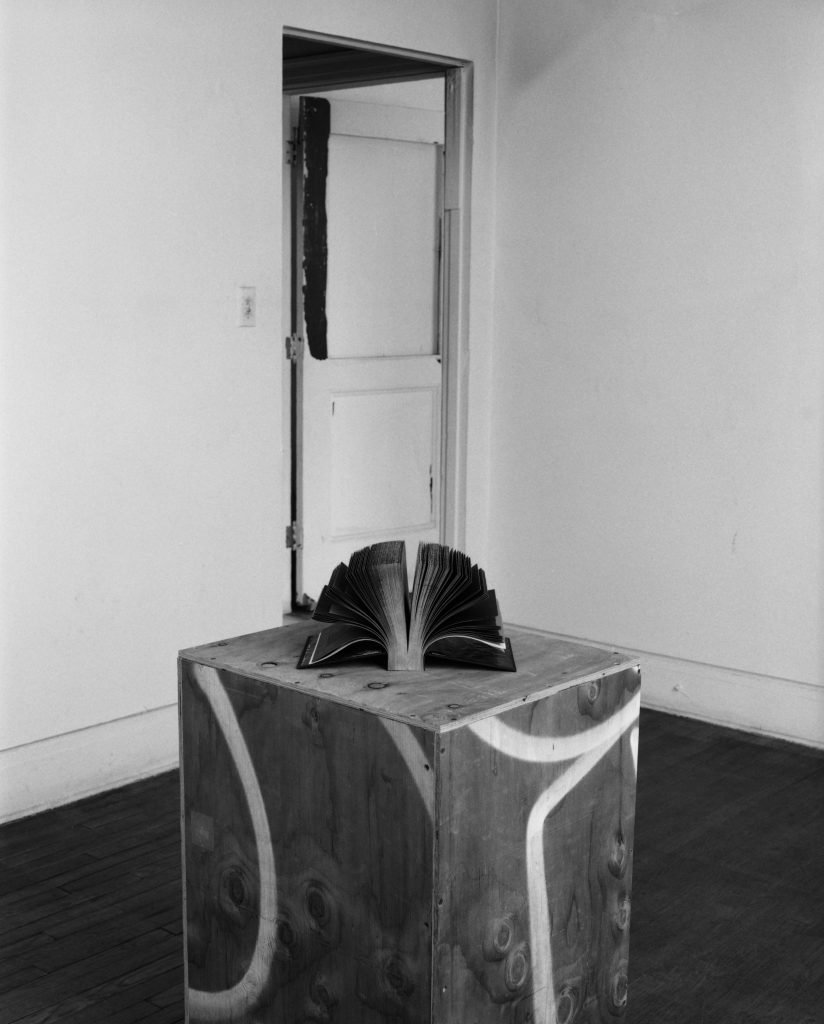 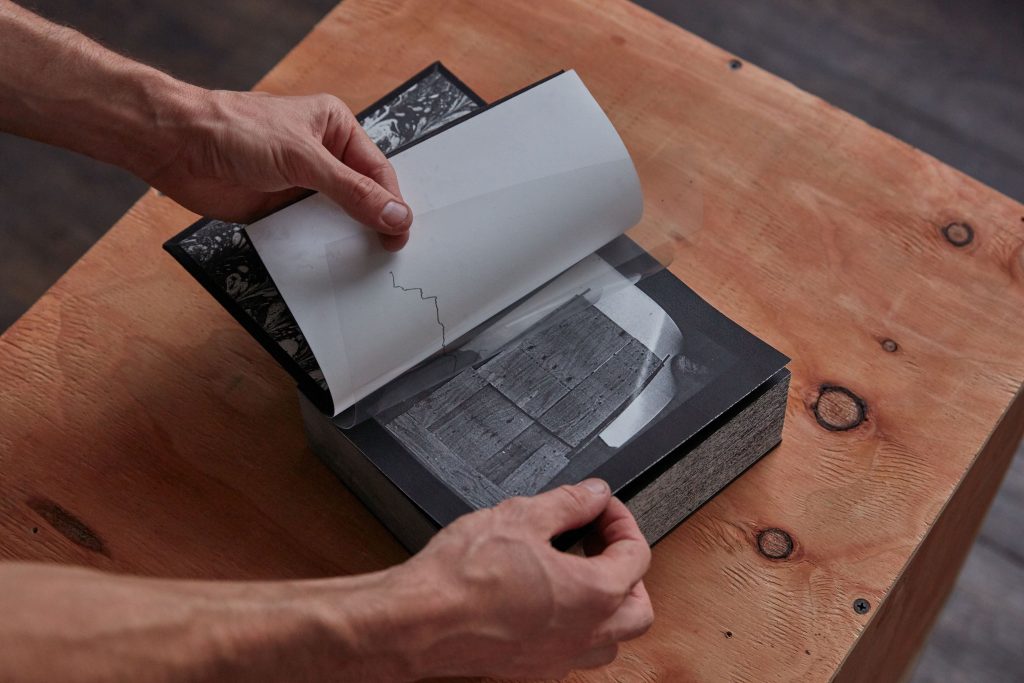 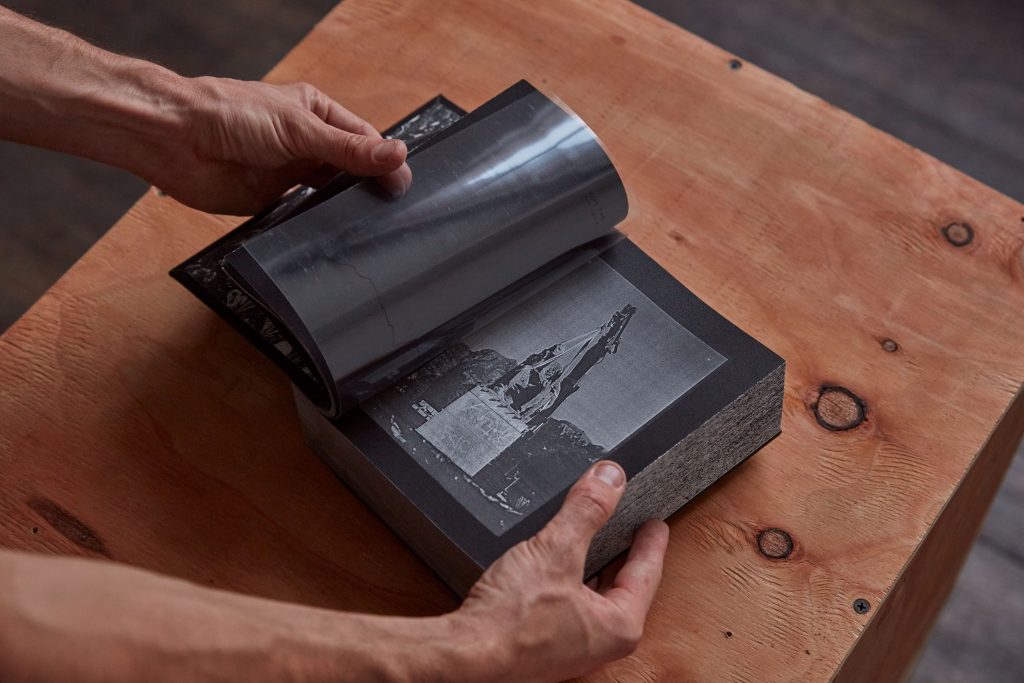 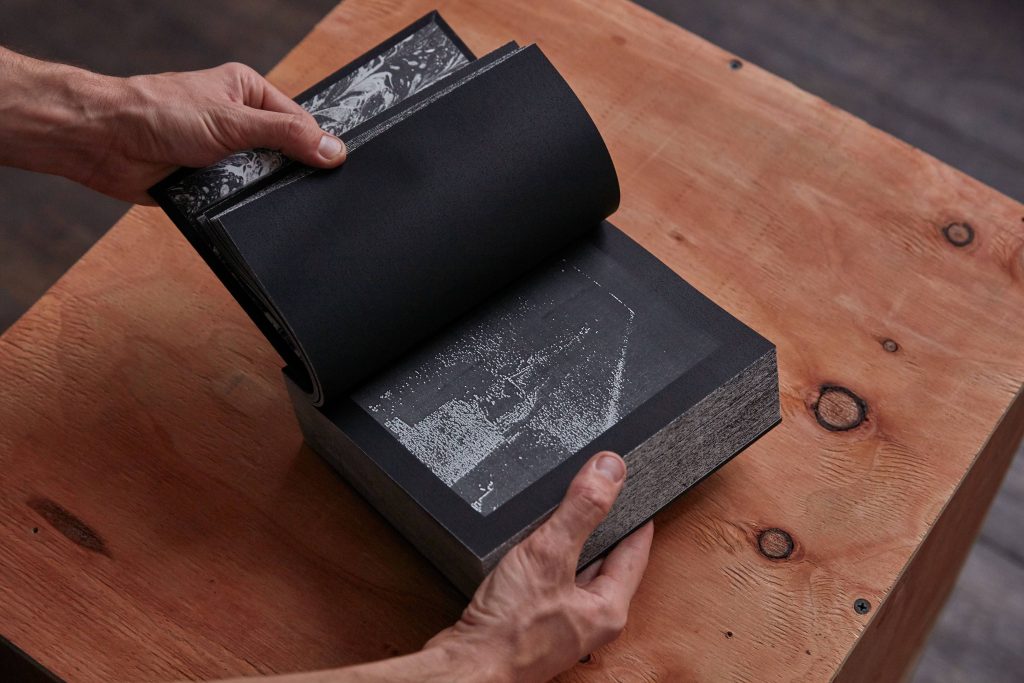 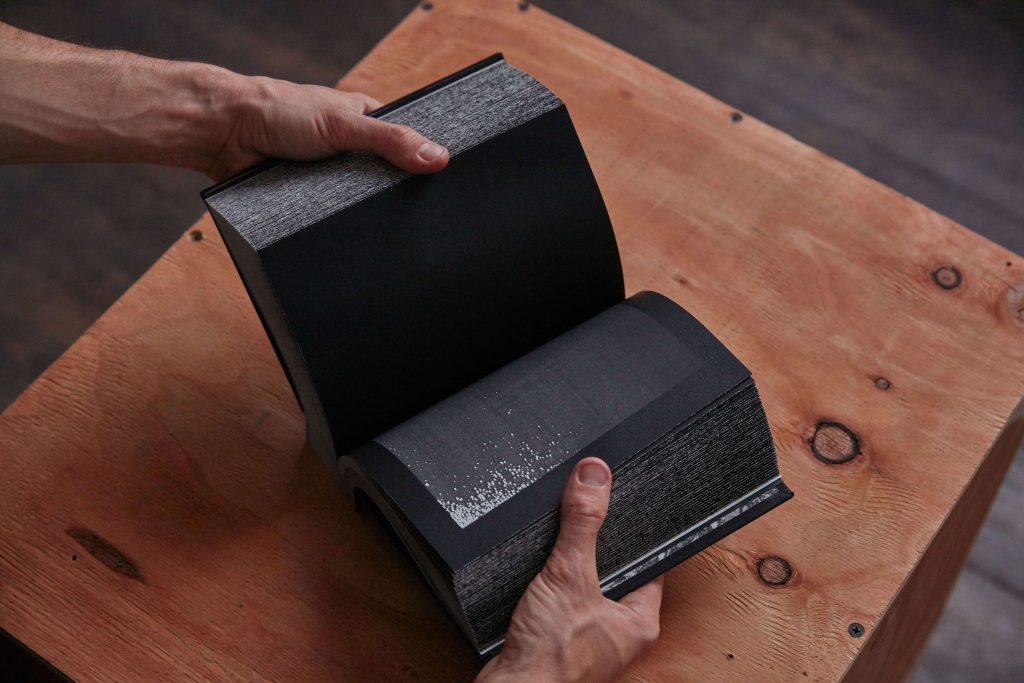 I was studying at the University of Cape Town when, in the early months of 2015, student Chumani Maxwele threw a pail of his own shit across the bronze figure of a statue. His action served as a catalyst for the decolonial student movement which swiftly organized under the hashtagged moniker #RhodesMustFall.

The statue in question was a depiction of Cecil J. Rhodes, figurehead of 19th century British colonial rule in Southern Africa, and had been displayed on the university grounds since its unveiling in 1934. I participated in the less radical expressions of the movement and began to document. Each day that I had class on UCT’s main campus, I drew a map of my walk and took a film photograph at the site of the statue and my route’s end; for twenty-seven days, I walked, mapped, photographed — the statue sheathed in plywood, the day it was strapped to a crane, and its absence, conspicuously marked by a barren plinth.

Rhodes Falls, a book I made in the fall and winter of 2020, is concerned with aftermath — the aftermath of observation, of memory, of replica. The aftermath that is history. The book is a collection and revisitation of those documents I made in 2015. Each pair of pages presents a map, printed on transparency, superimposed over an image of the Rhodes statue photographed that same day. Both maps and photographs are photocopies of their originals. The pages are labeled and ordered according to day so that, with each turn of a page, the reader encounters the next map and photograph in the order that I originally made them.

This is the book’s progression with one major exception; instead of immediately following the photograph of the Rhodes statue strapped to a crane sling on day six with the empty plinth of day seven, the reader finds another copy of that bound up statue. And then, on the next page, a copy of that copy. And on the next, a copy of a copy of a copy and so on, such that each page the reader encounters is a photocopied replica of the previous page and, simultaneously, the original from which the following page makes its copy… and then we are pulled back into a linear temporality; day seven: a map and a vacated plinth. And the next page, day eight: a nearly identical map, a nearly identical photograph. If the original documentation presents a succession of days then the copies (of copies, of copies, etc.) of the statue on the brink of removal are themselves a kind of temporal plunge. A copy does not progress; it replicates, introducing nothing. And yet, a copy is hardly faithful. And so, in this succession of copies, we are moved — not forward, but into the shifting depth of an image, the moment it represents in delirious abstraction. Like two mirrors facing one another, the horizon of sight loses itself in the cascade of repetitions.

A monument is a memory object whose meaning is made and remade collectively and over time. Erecting such a memory site in the first place is one way of participating in this meaning-making process. As is its outright removal. A monument made from hardened material — stone, bronze, marble, concrete — belies
the very liquid and ongoing meaning-making inherent to its purpose. It is error to believe that the steadfastness of material has any bearing on the solidity of its sign. The book’s abstracting copies eventually sluff off their visual referent and yet are, at the same time, bound to it and its origin. It asks the question: At what point does a copy break from its source — at what moment does irrevocable change occur — or can, at any shape of the process, the form of the original be discerned within this trace (to use a word that can be both verb and noun — both action and an object of aftermath). This new monument, Rhodes Falls, presents neither an imagined future nor a story of the past but a spectral trace of a meaning’s passing. In the absence of the figurative memorial, the reader encounters a distended collapse. The book calls attention not to the vacated plinth, but to the dissolving of the symbol itself — to the process by which this site of historical memory might simultaneously erode and flicker in afterimage.