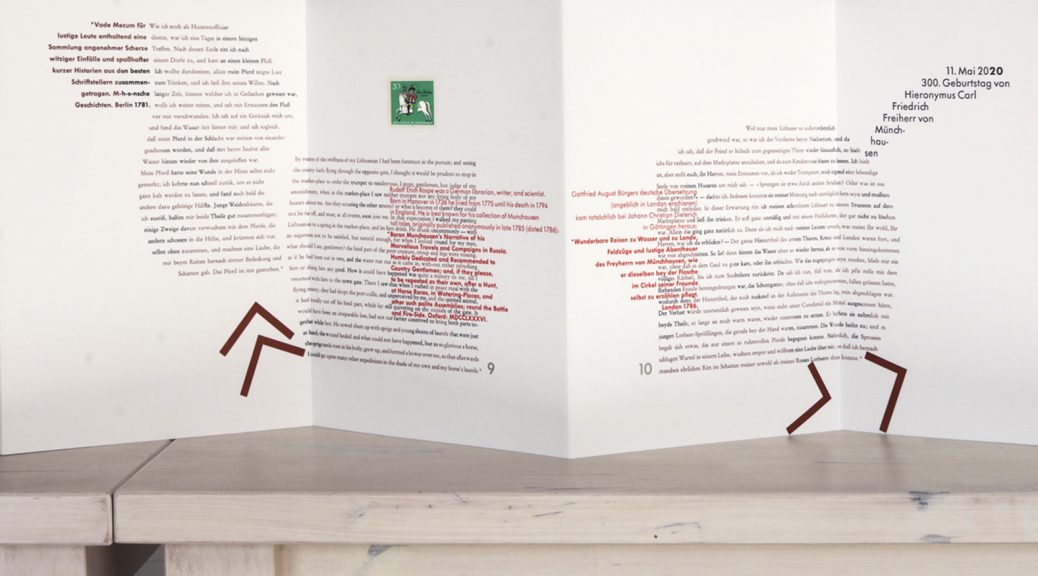 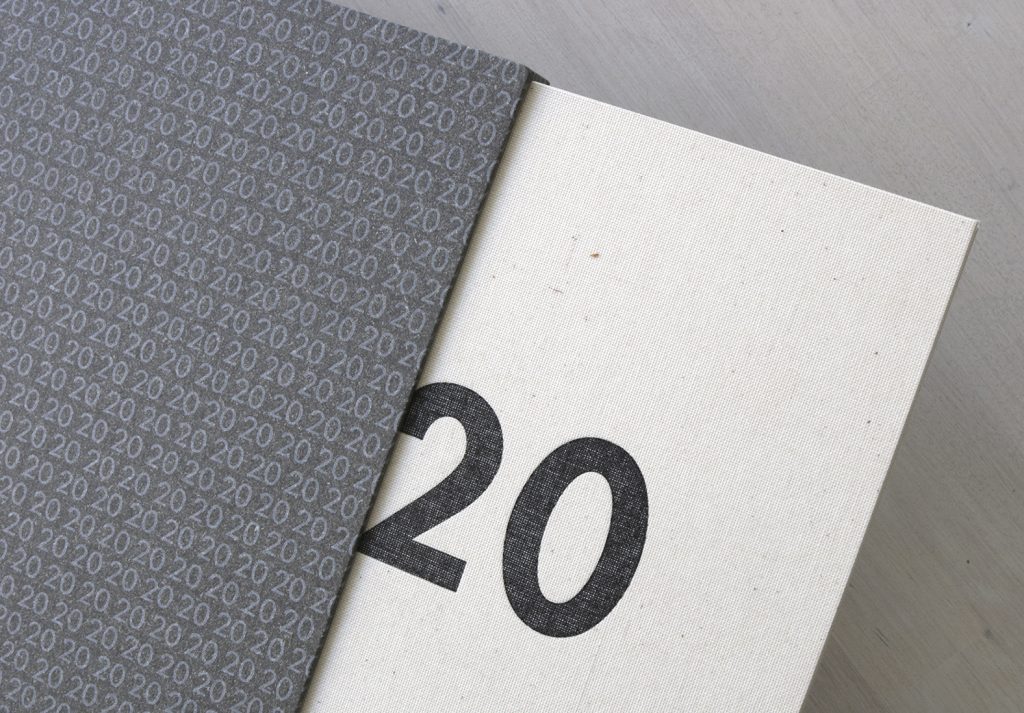 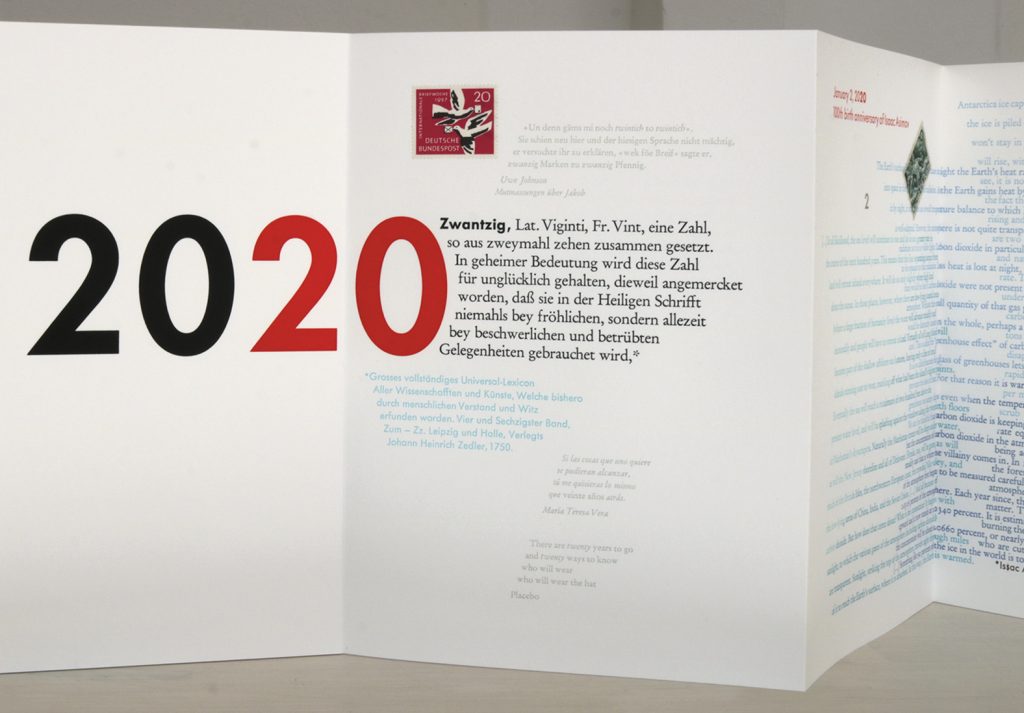 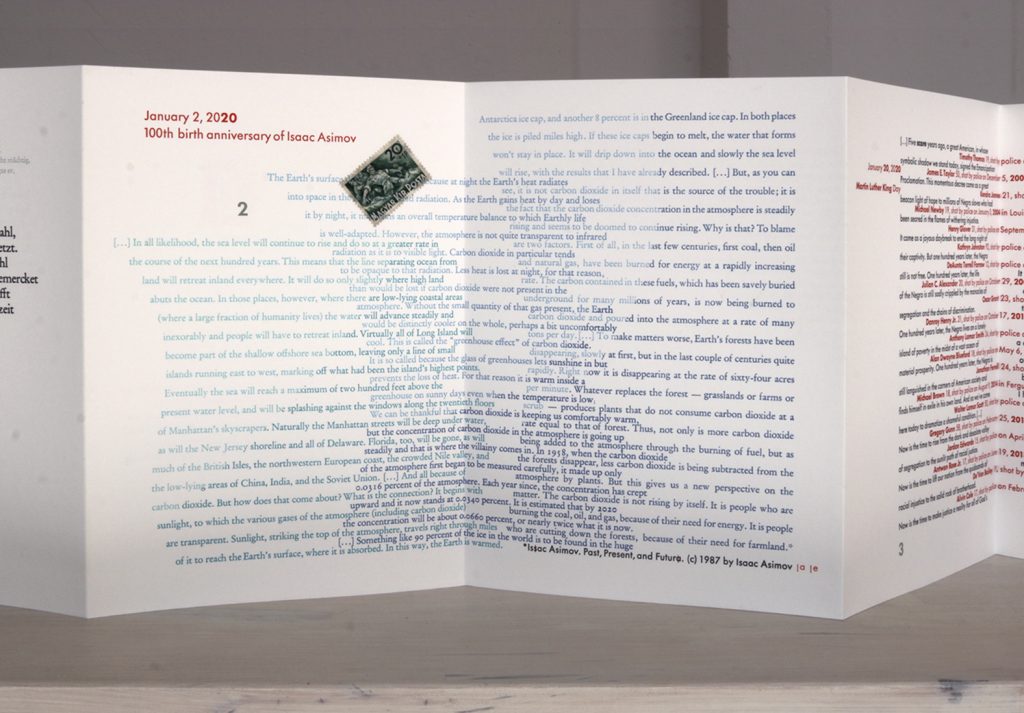 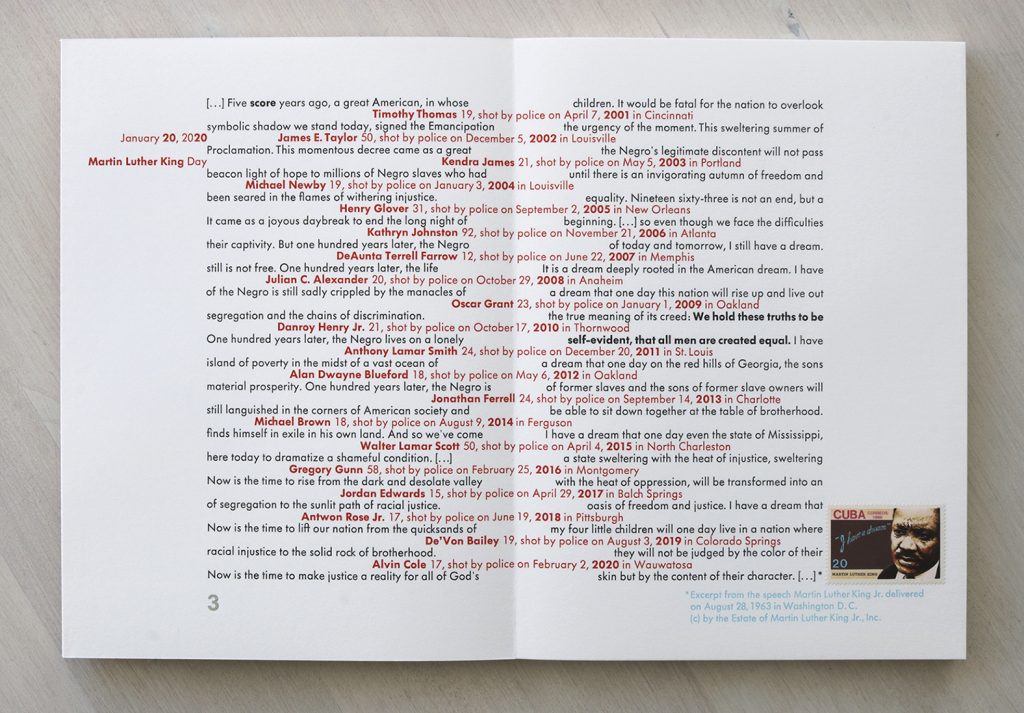 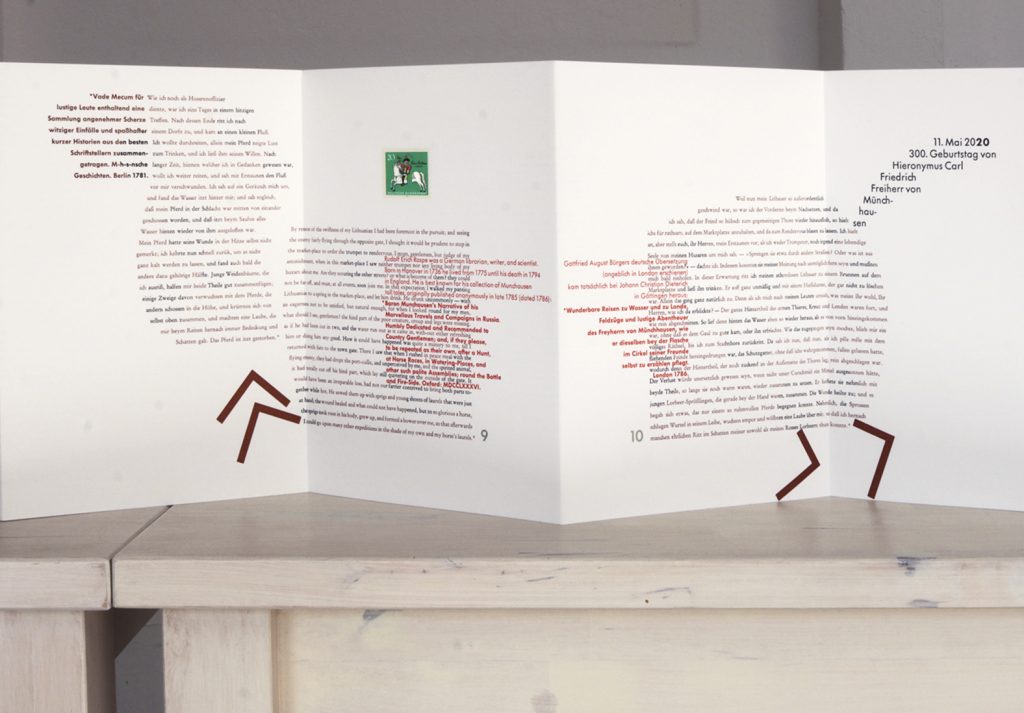 I began working on the book in January of 2020. The plan was to create 20 copies, each consisting of 20 double spreads, in accordion form. It includes a variety of texts relating to different dates that feature the number 20. The typography was handset and letterpress printed, then complemented with original postage stamps glued in.

The stamps had to be in denominations of 20, with a connection to the theme of the respective page.

The second double spread quotes a text by Isaac Asimov, whose 100th birthday fell on January 2, 2020. In his 1987 essay about global warming, he writes:

[…] It is estimated that by 2020 the concentration [of carbon dioxide] will be about 0.0660 percent, or nearly twice what it is now […]. Asimov projects a dramatic sea-level rise due to increased melting of polar ice. A Hungarian 20-fillér stamp (flood prevention) from 1940 is added.

Double spread 3 commemorates January 20, 2020: Martin Luther King Day in the United States. An excerpt from his August 28, 1963, speech in Washington is interposed with a list of 20 African Americans who were arbitrarily shot and killed by police officers within 20 years, between 2001 and 2020.

Double spread 7 commemorates April 6, 2020, the 500th anniversary of Raphael’s death. In 1520, the year that Raphael died, Albrecht Dürer visited the Netherlands and kept a diary of his travels. The spread features an excerpt from Dürer’s travel diary, and a QR code lets readers view a drawing by Raphael (website of Albertina

Double spread 8 marks the opening of a Dada exhibition in Cologne, on April 20, 1920, as well as the explosion on the Deepwater Horizon oil drilling platform on April 20, 2010, in the Gulf of Mexico, which killed 11 workers and caused an estimated 4.2 million barrels of oil to spill into the ocean.

In the beginning I couldn’t know that Covid would play such an important role all over the world. So I added small hints on the pandemic. Double spread 11 for example illustrates a passage from Boccaccio’s Decameron in the shape of an airplane and points out that as of May 20, 2020 4,929,455 people worldwide had been infected with the coronavirus, and 324,063 had died of the infection.

The “Hun speech” by Wilhelm II – his sendoff for German soldiers in Bremerhaven (If you come face to face with the enemy, he will be defeated! Grant no pardons!

Take no prisoners! …) – reminds readers of June 20, 1900, when the German ambassador Clemens von Ketteler was shot and killed in Beijing, which led to retaliation by European, Japanese and US troops.

Double spread 17 commemorates the 30th anniversary of German reunification on October 3, 2020, with texts by Irmtraud Morgner (East Berlin) and