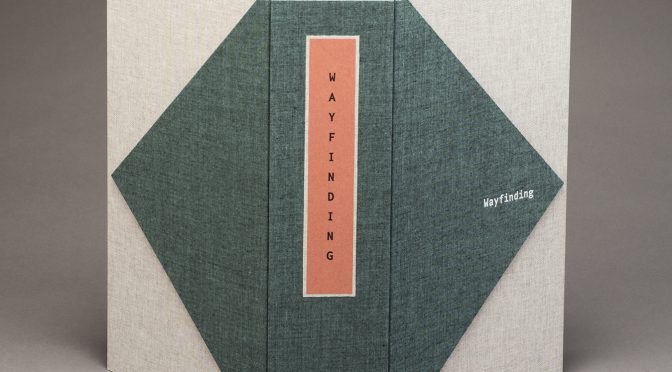 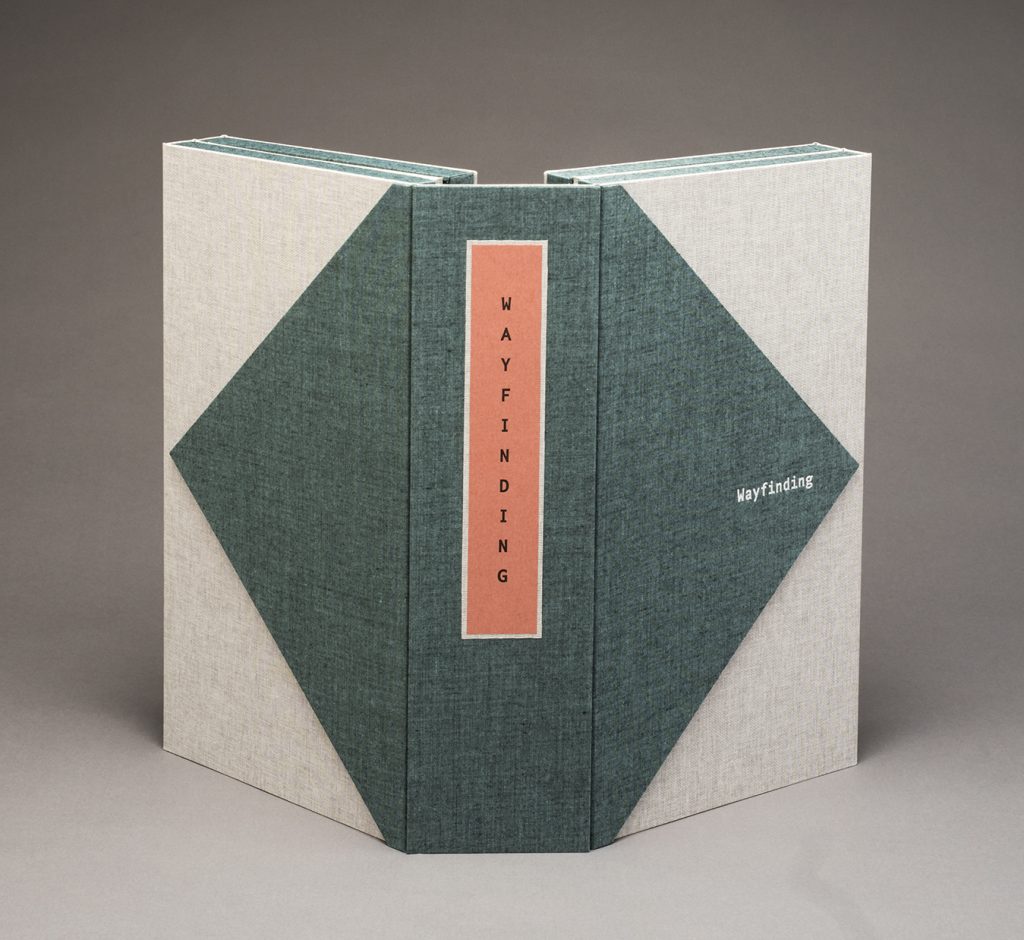 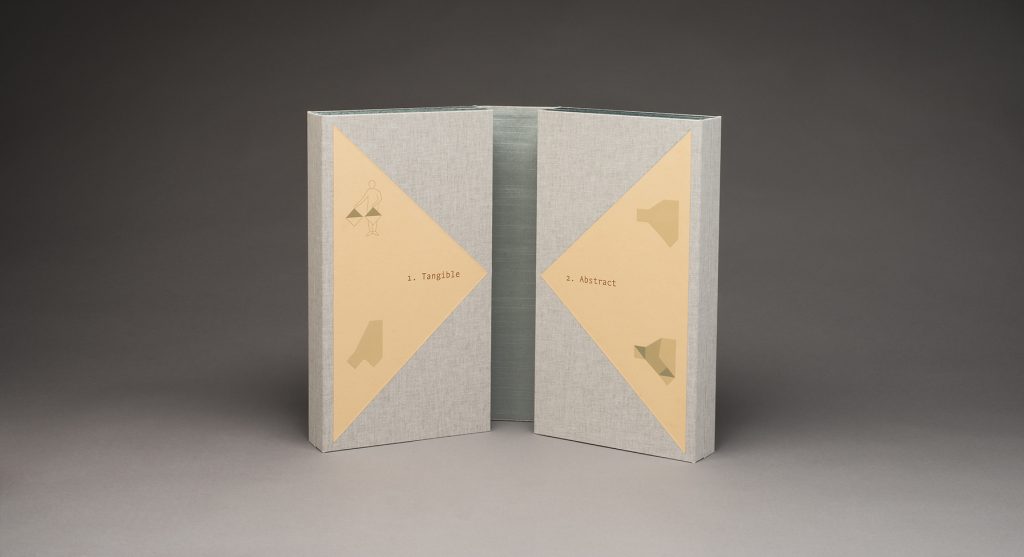 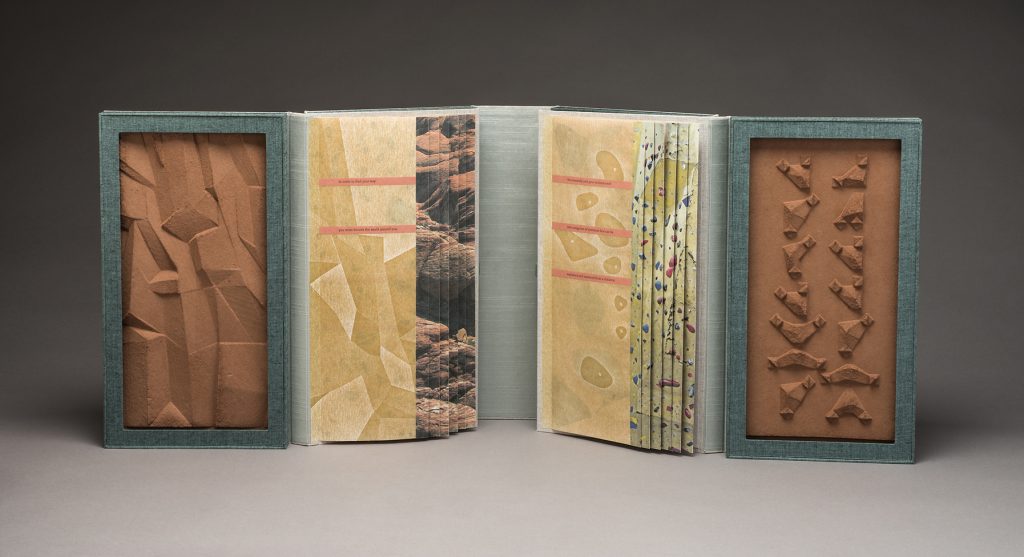 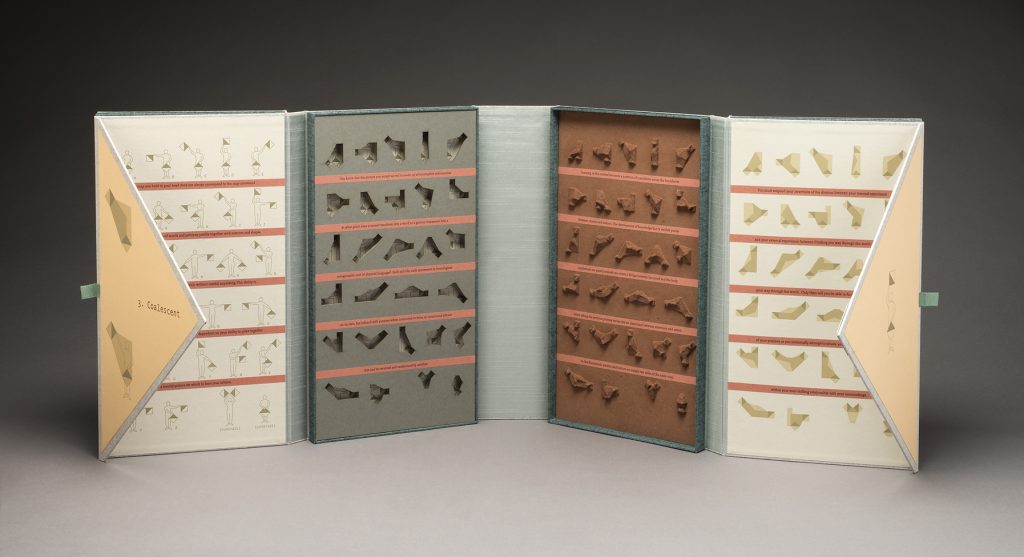 Wayfinding examines the relationship between physical and mental learning through the context of navigation through time and space. The piece focuses the reader’s experience on the physicality of the book as object through the inclusion of three- dimensional cast paper sheets and pages of handmade paper that rattle when turned. A 3-dimensional alphabet abstracted from diagrams of flag semaphore addresses the activities of signaling and translation and how information is taken in by all the senses and not just through the eyes.

Wayfinding was written, illustrated and designed by Julie Chen. It was inspired by a series of conversations between Julie Chen and her daughter Eleanor Chen-Ranstrom about pattern texture, perception and learning. This book consists of a series of four box trays that are connected by a series of panels. The top layer contains two trays containing cast paper sheets and two booklets assembled in dragon scale binding format. The first booklet focuses on the perspective of a physical learner and the second booklet is written from the perspective of a mental learner. When the book is opened to the second layer of trays and panels, the translation of an alphabet from gesture to symbol to three-dimensional abstract shapes is revealed, giving the reader the tools needed to decipher some of the abstract elements found throughout the book.

Wayfinding was letterpress printed using pressure printing and photopolymer plates on handmade paper from the Morgan Paper Conservatory and Hahnemuhle Bugra paper in an edition of 50 copies.