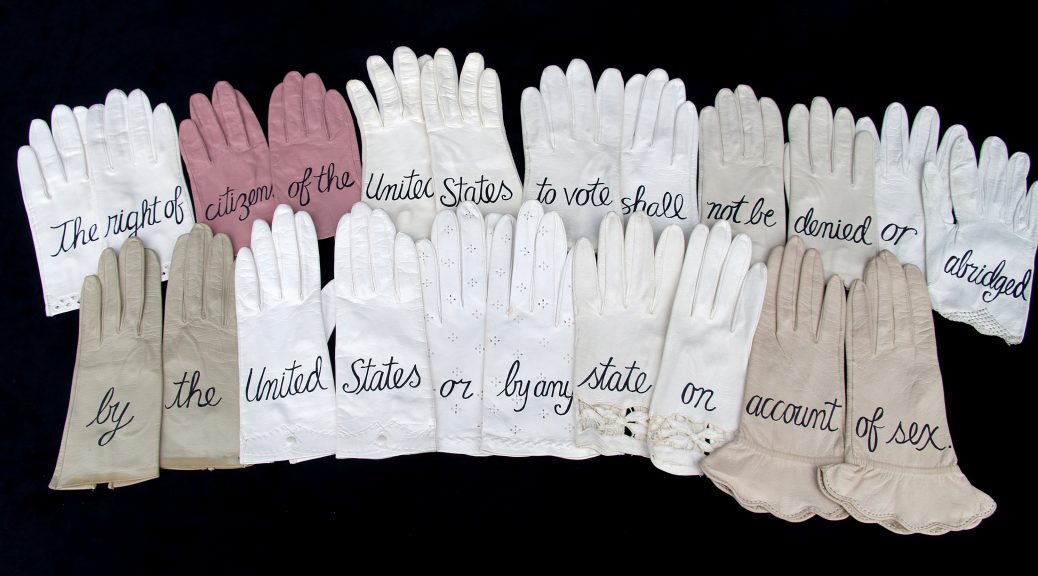 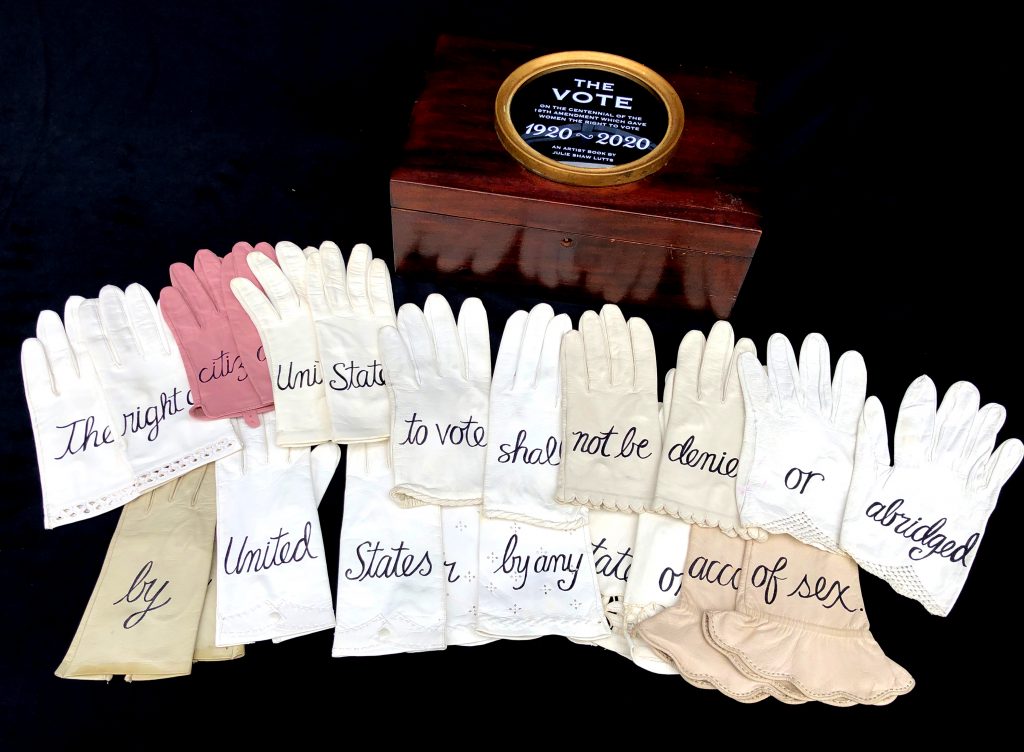 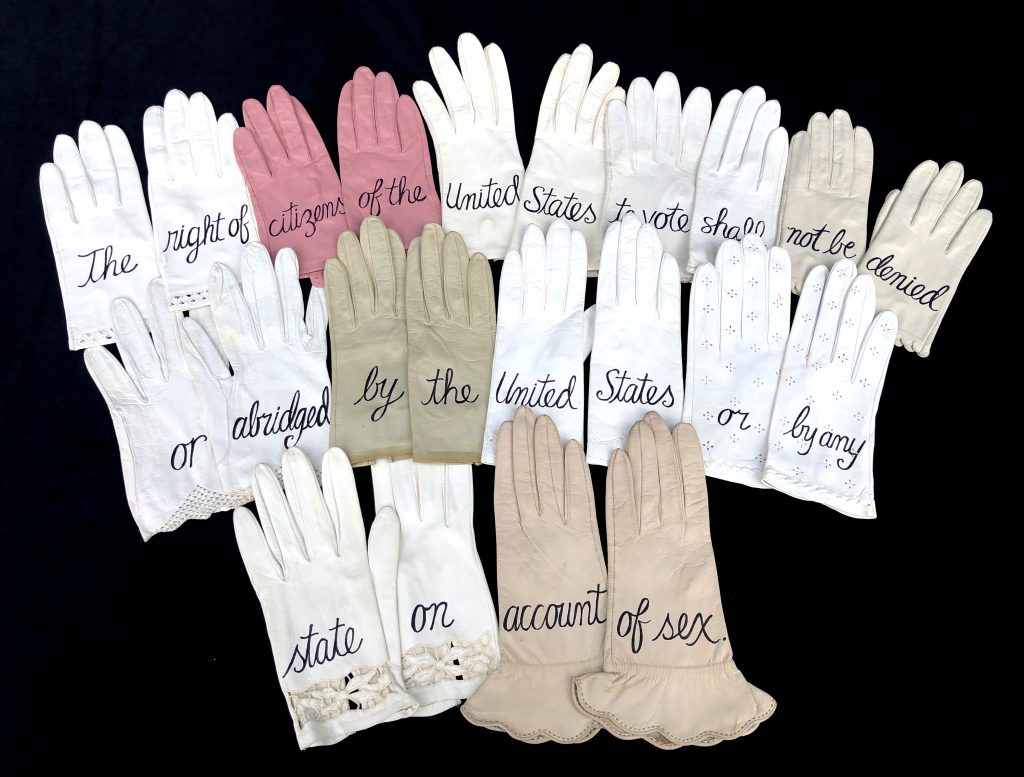 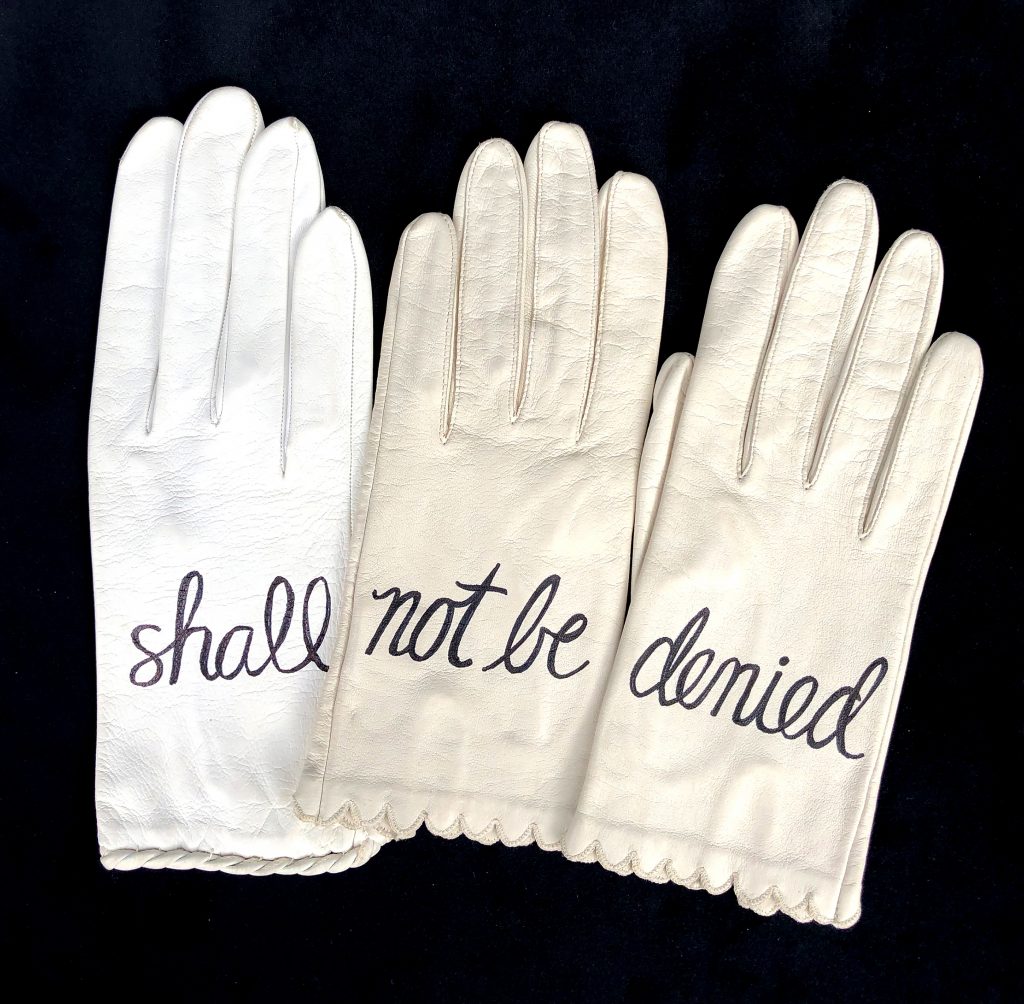 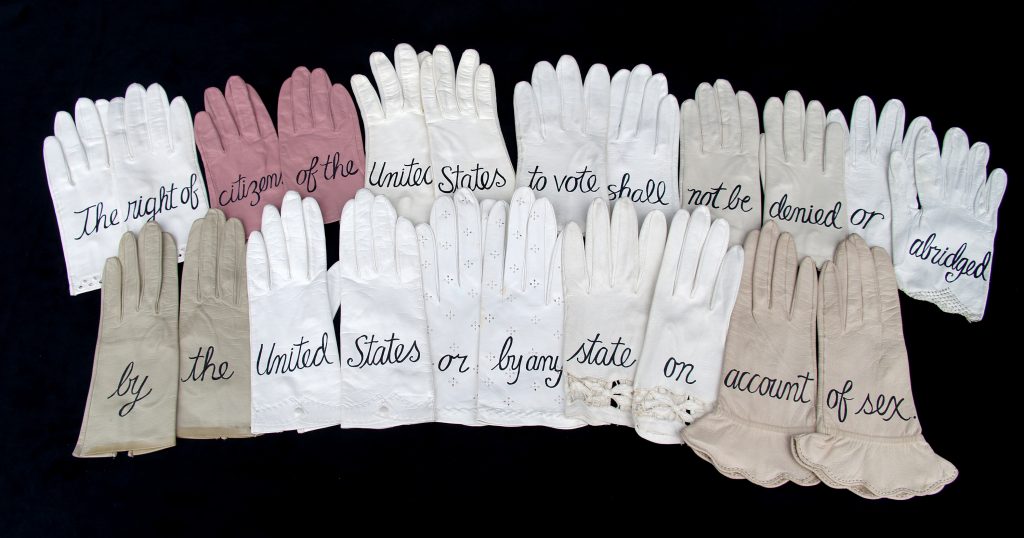 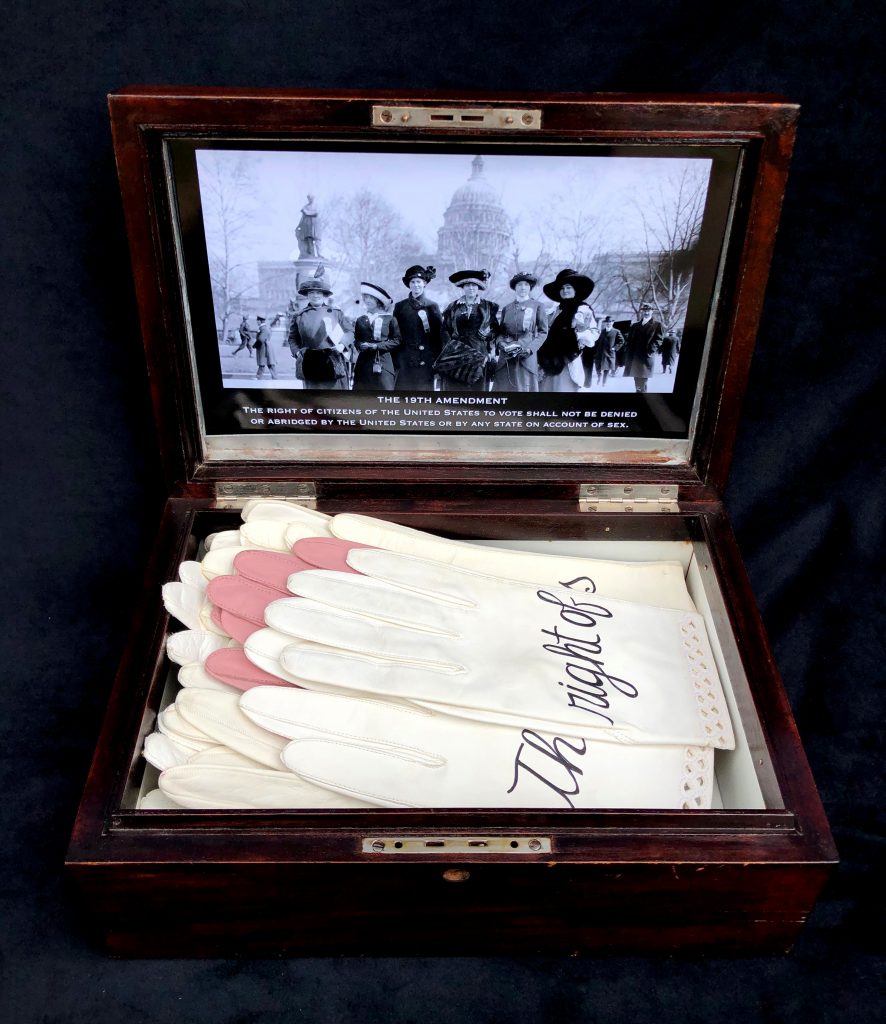 To commemorate the centennial of a woman’s right to vote in the United States of America, I created this artist book titled, The VOTE. It was 100 years ago this year, after decades of work by both women and men, that women earned the right to vote. Suffragettes marched, rallied, spoke out, suffered jail, hardship and death, all to prove to the politicians with the power—generally old white men—that they deserved to cast their vote, to be heard, to be respected as equals alongside men.

The 19th Amendment is simple, only 28 words, which have stayed the same since it was first proposed in 1878;

My book was created using a vintage wooden box where the 22 pages are housed. The pages are vintage kid leather gloves. Many of these gloves were given to me by a friend whose mother had actually worn them as she cast her vote.

As you read the book, you are invited to touch history, to place the gloved pages by your own hands, to read out the simple, true, fair 28 words that empowered women to vote then and now. This power has given women a voice throughout these past 100 years, which has led us to our me-too world, where women are still fighting to be heard, believed, and respected as equals.