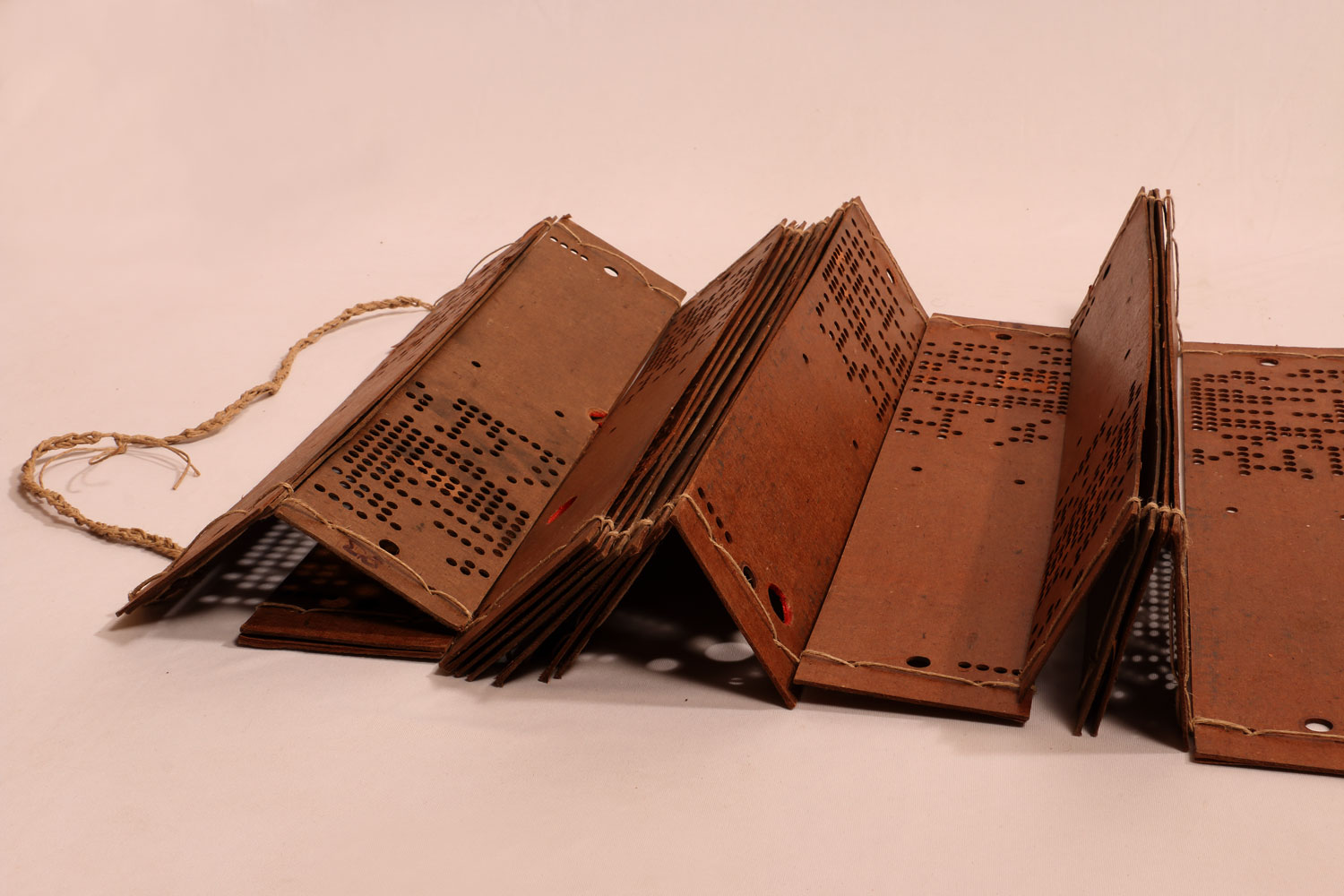 According to Indian religion and mythology our lives are predestined. Destiny written by gods or supreme powers decide who we will be or what we will do at any given moment and an individuals will has no power of changing this course. It is said that even a blade of grass will not sway without ‘his’ consent. We are told to submit ourselves to the given path because ‘what has to happen, will..’ and it will happen for a reason; there is nothing random about it and it is all controlled.

The punched cards used in this work are from Jacquard weaving industry. The Jacquard process and the necessary loom attachment are named after their inventor Joseph Marie Jacquard (1752-1834). This mechanism made possible unlimited varieties of pattern weaving. The term Jacquard refers to the added control mechanism that automates the patterning. Similar punched cards were also used in mechanical industry. With the rising of magnetic disc storage and later digital wave these became obsolete. What I like about them is their finality and also visuality. For the ‘product’ that is being produced the punch card is like its ‘Destiny’, a parallel to the one proposed by the religion for humans. There can be no deviation from the given path.

On a personal level I find it difficult to come to terms with the idea that each and every action of mine is predetermined. I do feel many things happen quite randomly though nobody has designed it. This is the classic debate between two views, one which sees the world as designed and the other which argues it is random.

This punched card which I collected from weavers was an opportunity for me to assert randomness over predestined order. What I have done is to punch holes in these cards, randomly at various places to disturb the order. These are highlighted by red colour. It will be very interesting to feed these cards to the machine and see what kind of patterns will come out it. The act of punching the random hole is my individual defiance, intervention, my choice asserting its resolve on destiny.

This work can be either displayed as an unveiled scroll on a wall, partly touching the ground or it can be arranged like an accordion. Of course in the accordion format it reminds one of the palm leaf manuscripts from ancient India.