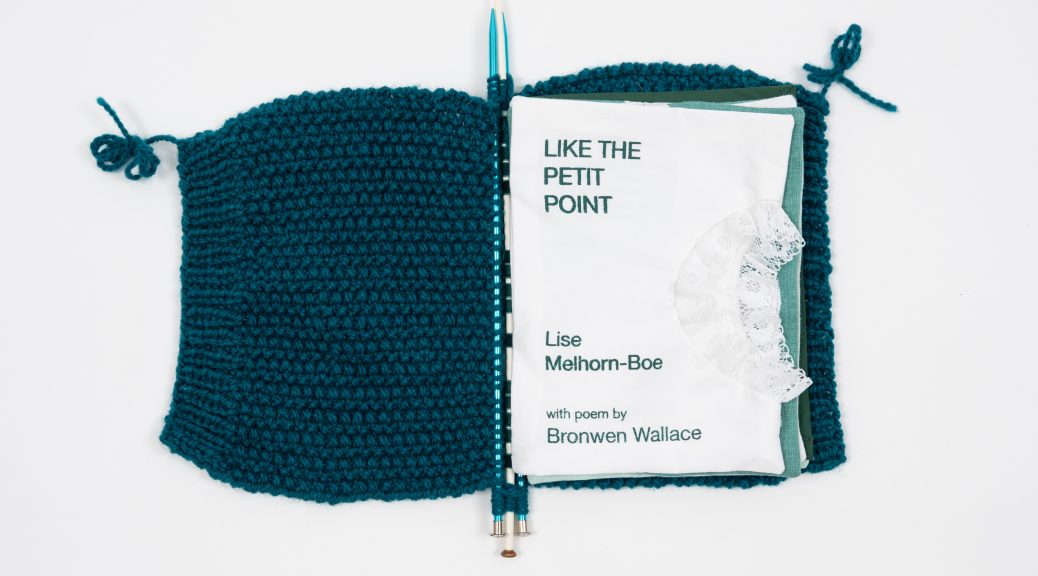 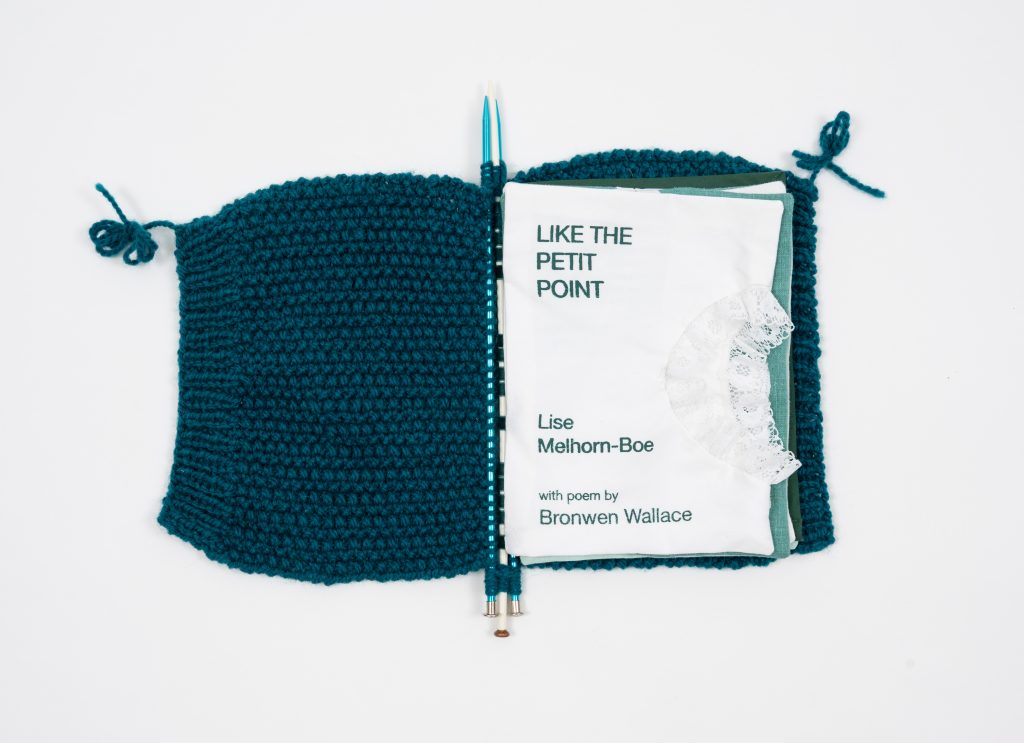 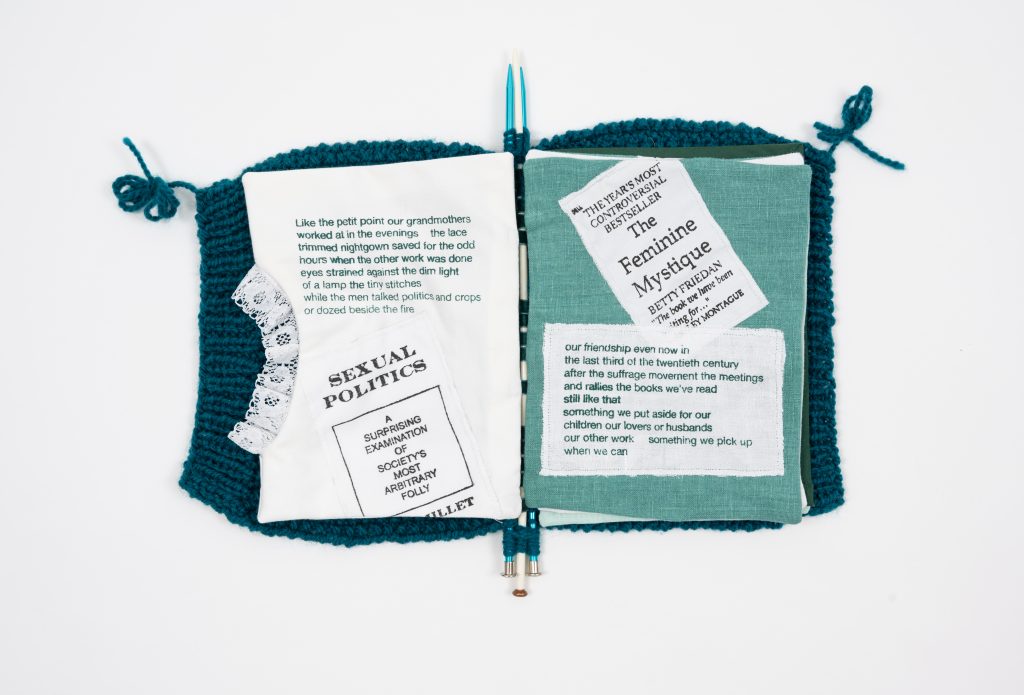 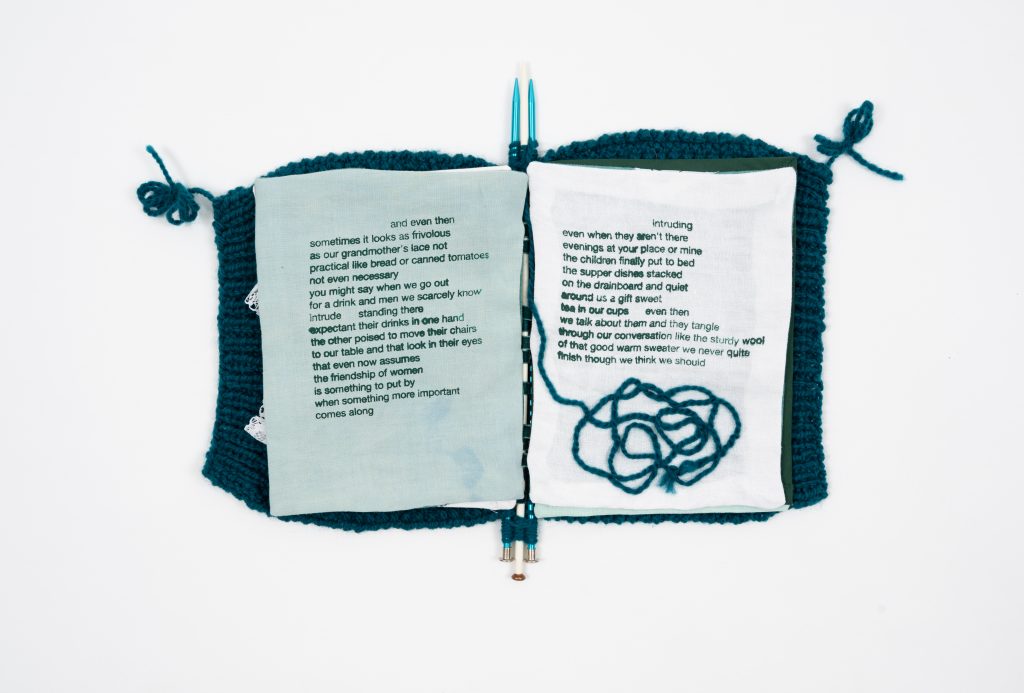 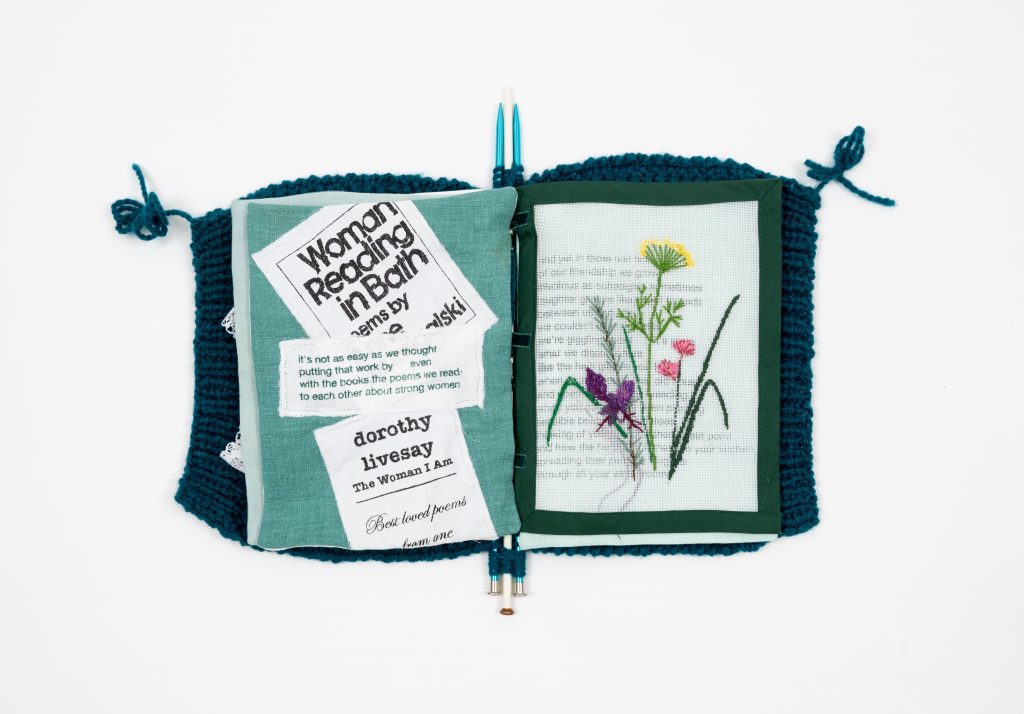 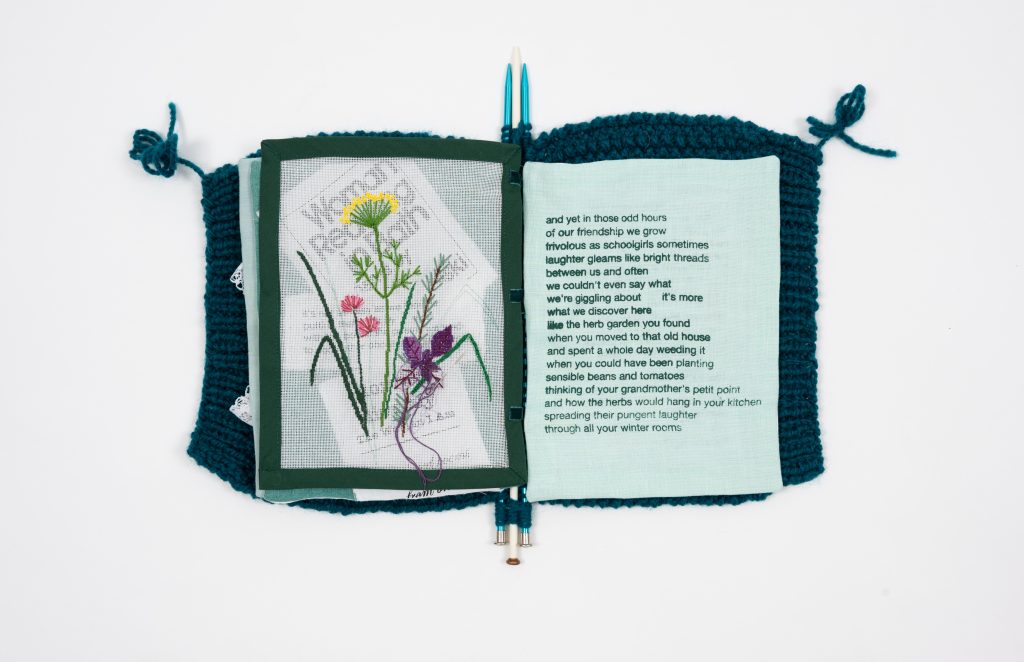 Like the Petit Point is the most recent in a series of bookworks celebrating needlework and sewing. As text, I am using poems that refer to sewing or sewing tools. Except for one, entitled Sewing Pattern, the books are all made from fabric.

I have been making artist’s books for over forty years, often political, touching on feminist issues around women’s body image, the roles of women in our society, the socialization of children, and a long series on how our environment affects our collective health. Over the years I have often used textiles in my work, as well as sewing for income. This current series of bookworks came about serendipitously, with an invitation by well-known Canadian poet Lorna Crozier to “play” with the poems in one of her volumes of poetry, A Compendium of Everyday Things. As a seamstress, I was drawn to the poems Button, Ironing Board, Needle, Scissors, and Zipper. Meeting another poet by chance in the store where I was employed led me to Hazel Hall, a Portland, Oregon poet who was also a seamstress, and who wrote about 35 poems that reference sewing and stitching. My Lorna Crozier series suddenly became The Sewing Poems series.

I have had a wonderful time translating book structures normally made of paper into fabric, and inventing some of my own. One concept that came out of the environmental work I had done was a desire to work with materials on hand, or found materials. I have continued this practice into this current body of work.

Bronwen Wallace was a Kingston poet who was an advocate for women’s rights. Her work focussed on feminist issues, especially domestic violence and sexual discrimination. I was delighted when I discovered this poem, as it is rich in imagery, and speaks beautifully about women’s friendship.

Years ago, I learned a binding technique using a stick, but had never used it in my work. The poem’s reference to an unfinished sweater made me think of knitting needles, which became the spine. I scoured second-hand stores for knitting needles, yarn with which to knit the covers, and linen tablecloths upon which to print. I even managed to find a piece of 22-count needlepoint canvas second hand, and learned how to do petit point—never again!—how people find this a meditative practice I do not know. The text is screen printed with screens made on a Thermofax machine borrowed from a friend.

The book also incorporates book covers of some seminal feminist books (alarmingly no longer available in my city’s public libraries) as well as those of collections of 1979’s poetry books, one of which belonged to my mother and the other to a deceased friend. Like the Needlepoint stitches together text, various skills—newly-learned and much-practiced—and many lives into a tactile and visual experience.