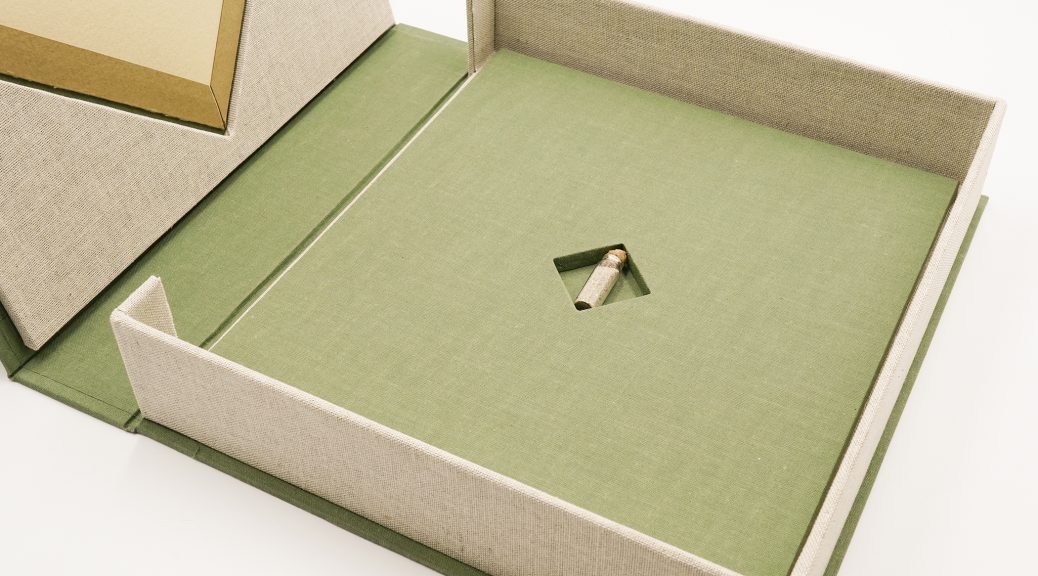 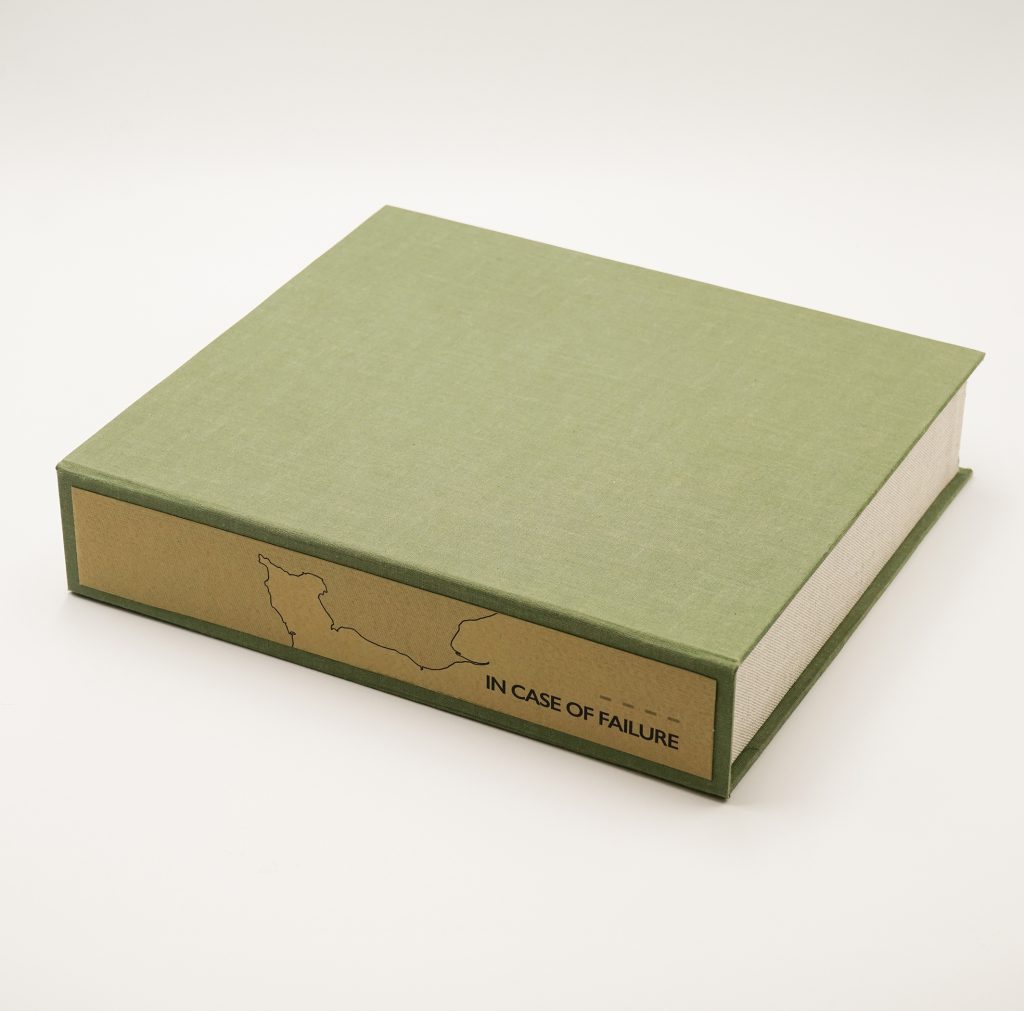 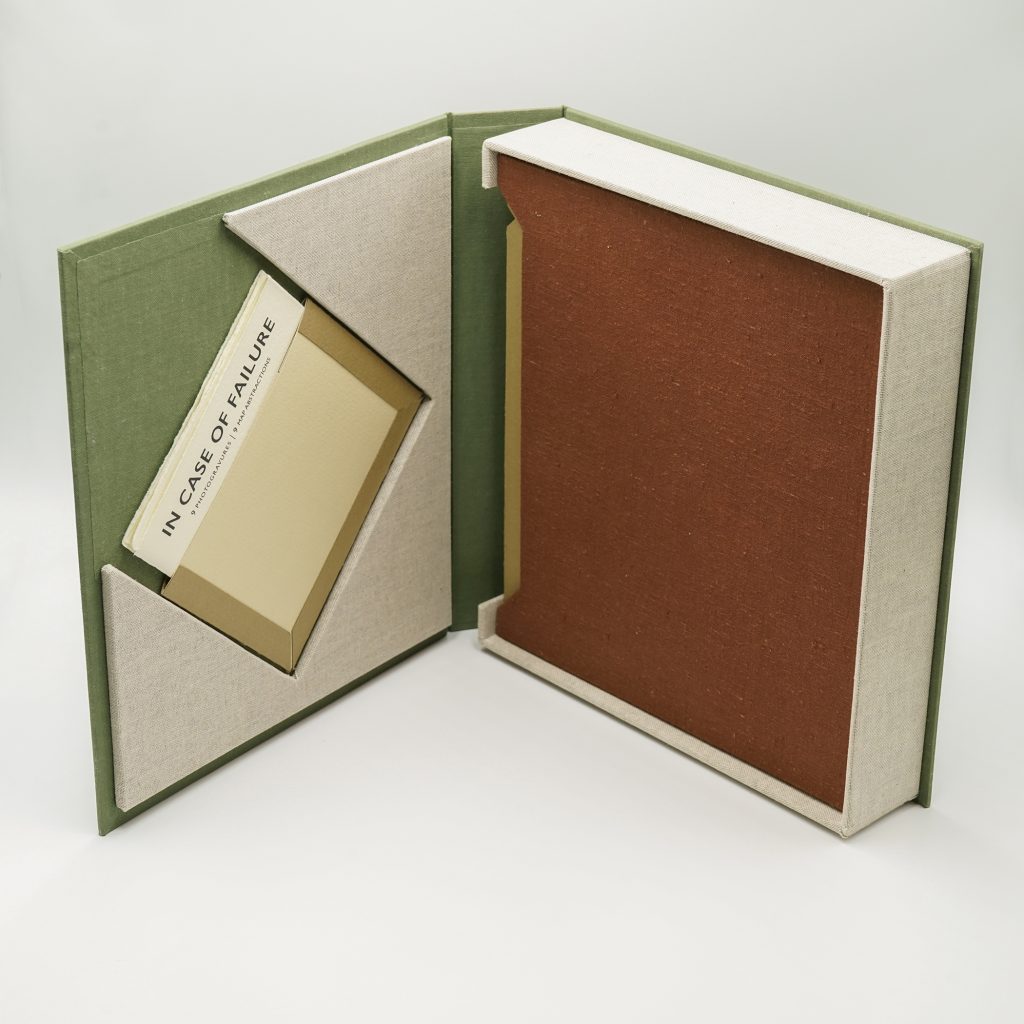 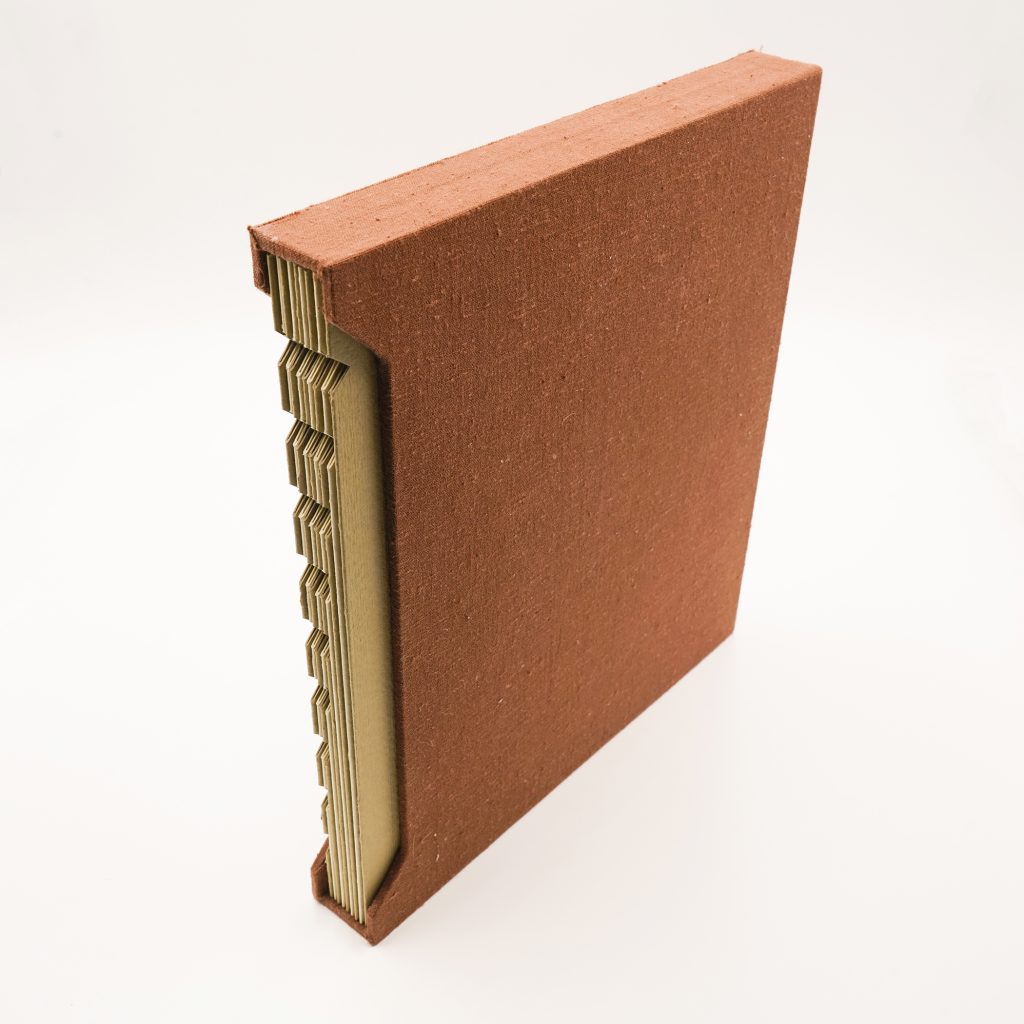 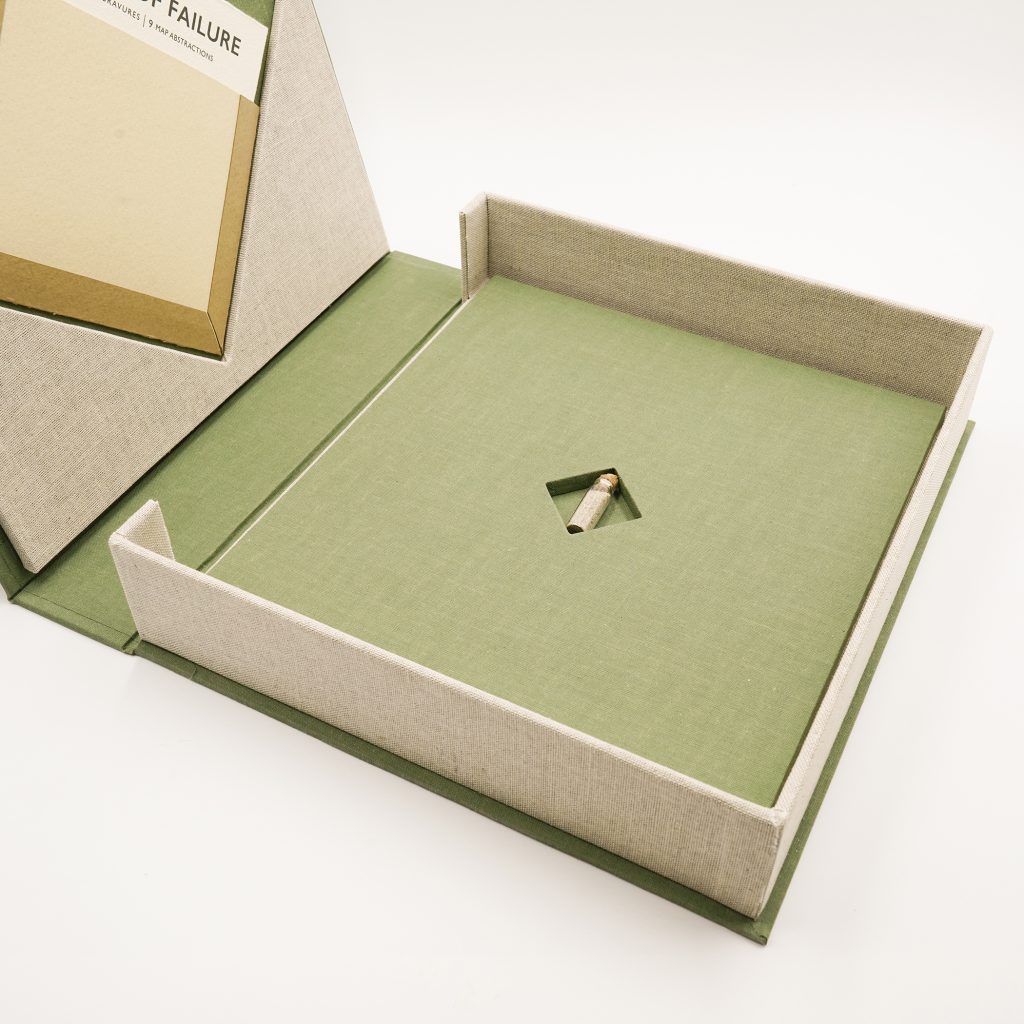 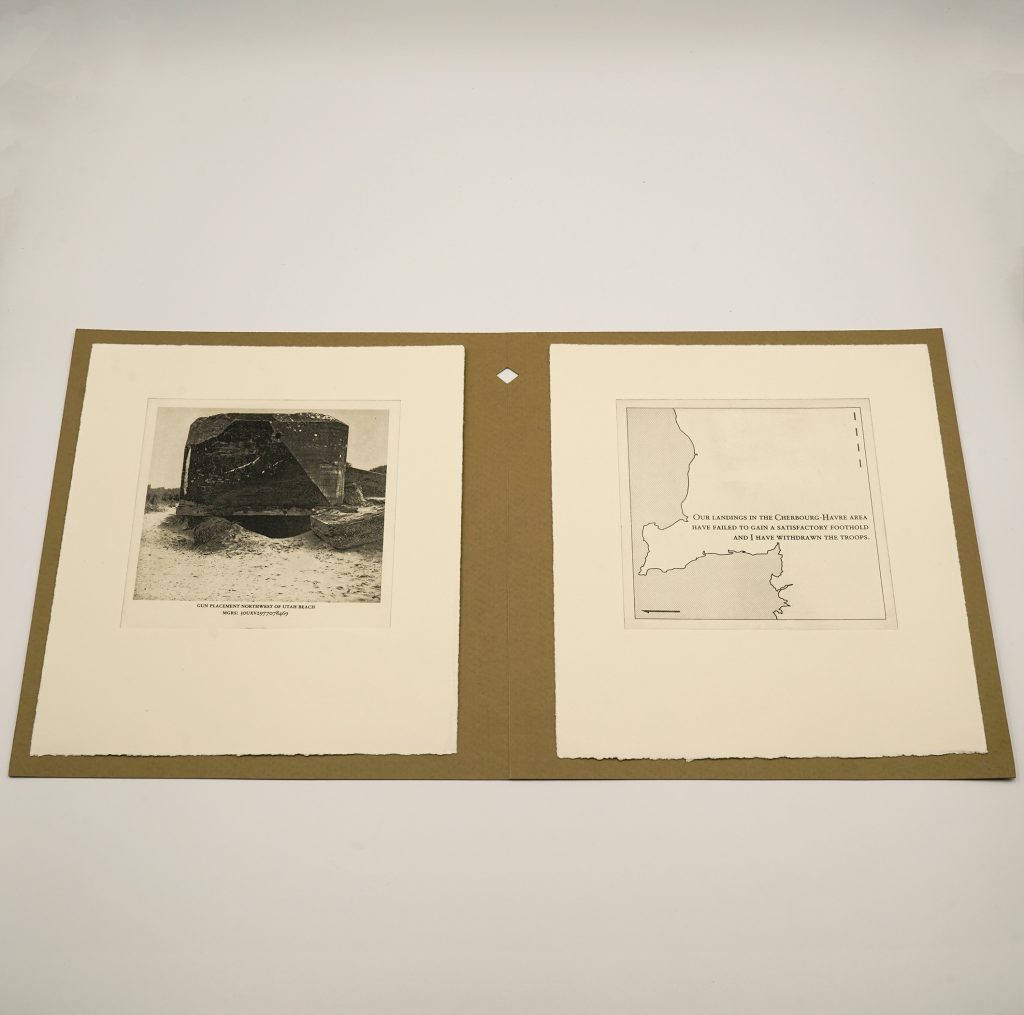 The words in folios I, III, V, and VII are from a note that General Eisenhower wrote on June 5th, 1944 on the eve of D-Day in the event that the Allied invasion of Normandy proved a failure during World War II. A reprodcution of the original note from the Library of
Congress can be seen in folio IX. This speech was never given but the model of profound leadership remains more relevant than ever.

Polymer photogravures on the left side of the 9 folios are from a visit to the Normandy region of France in 2012. The photographs were taken with a Hasselblad medium format camera and an 80mm lens. During this trip my father, a retired career Army Officer, and I traveled throughout the Normandy region following the path taken by my Grandfather who landed on Utah beach at the start of World War II. Each photogravure is captioned with a brief description as well as the MGRS (Military Grid Reference System) Coordinates where each photograph was captured. The MGRS was utilized during World War II.

They are paired with graphical abstractions created from the maps shown in the folded map insert for the Air Plan and Overlord Plan for Allied Forces troop landings in the Normandy region of France.
Each folio is notched 1-9 at the center-fold/spine to indicated it’s ordering.

The dashes on each folio map abstraction indicate a 5 mile scale. The arrow provides north orientation. The small glass vial inset below the folio slipcase is filled with sand from Utah beach.