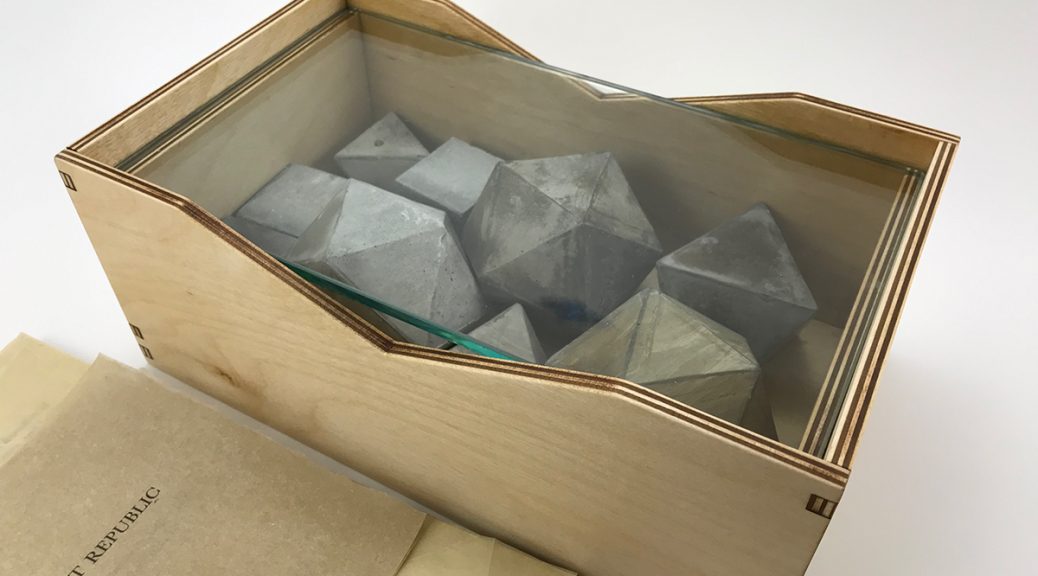 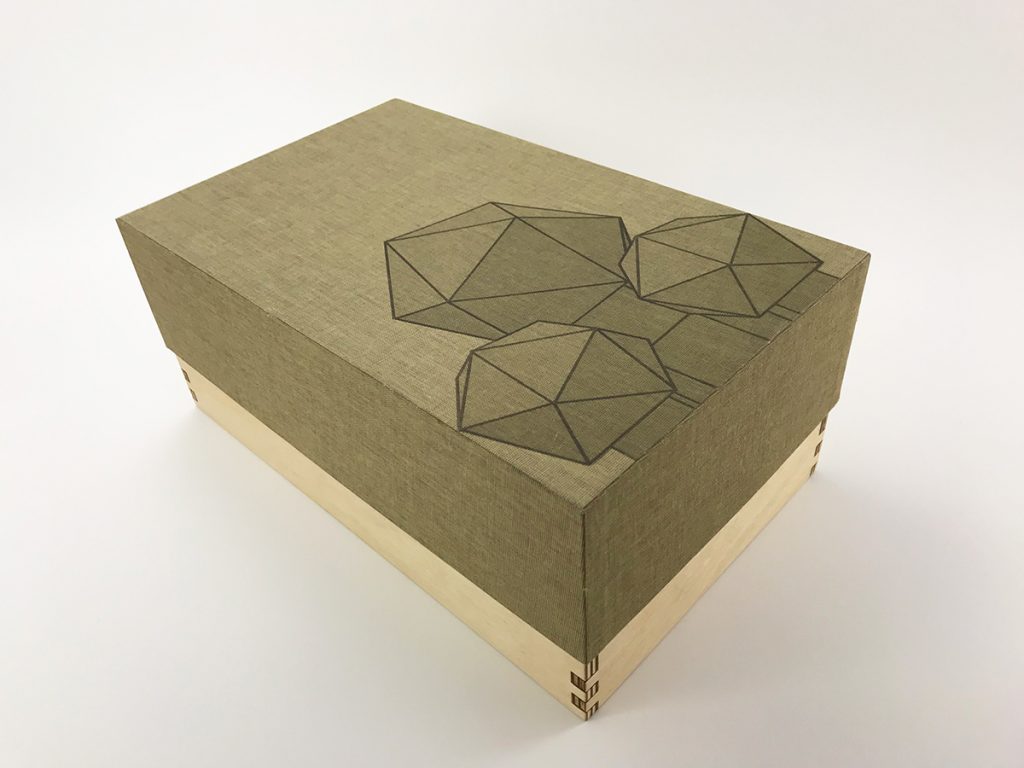 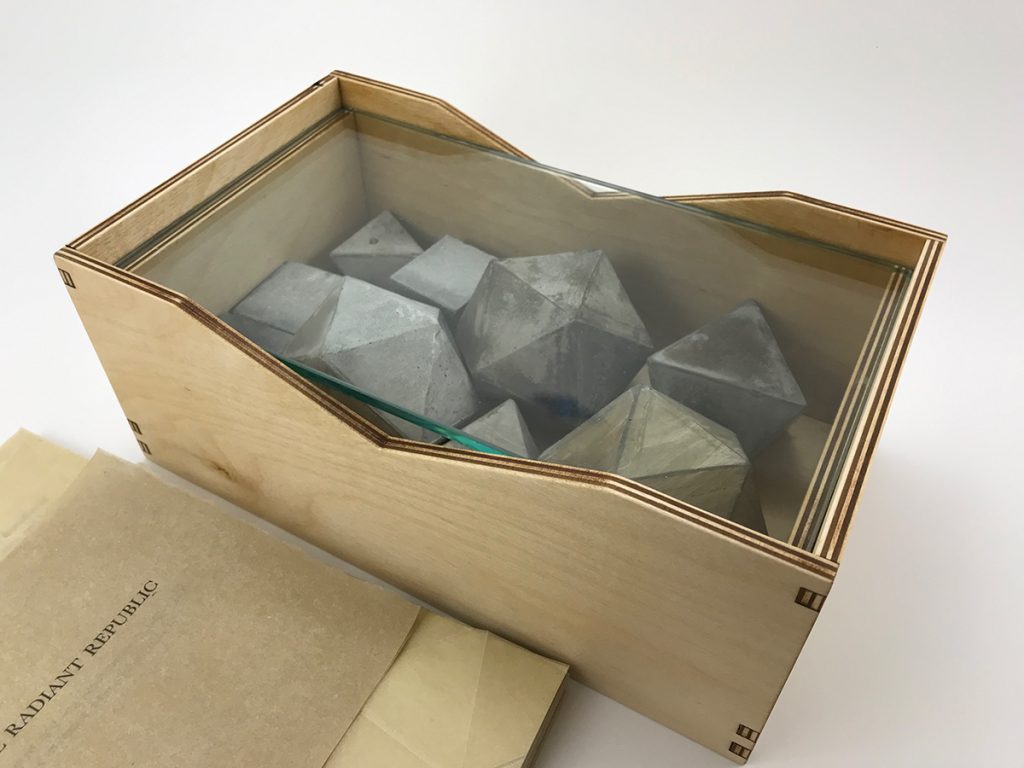 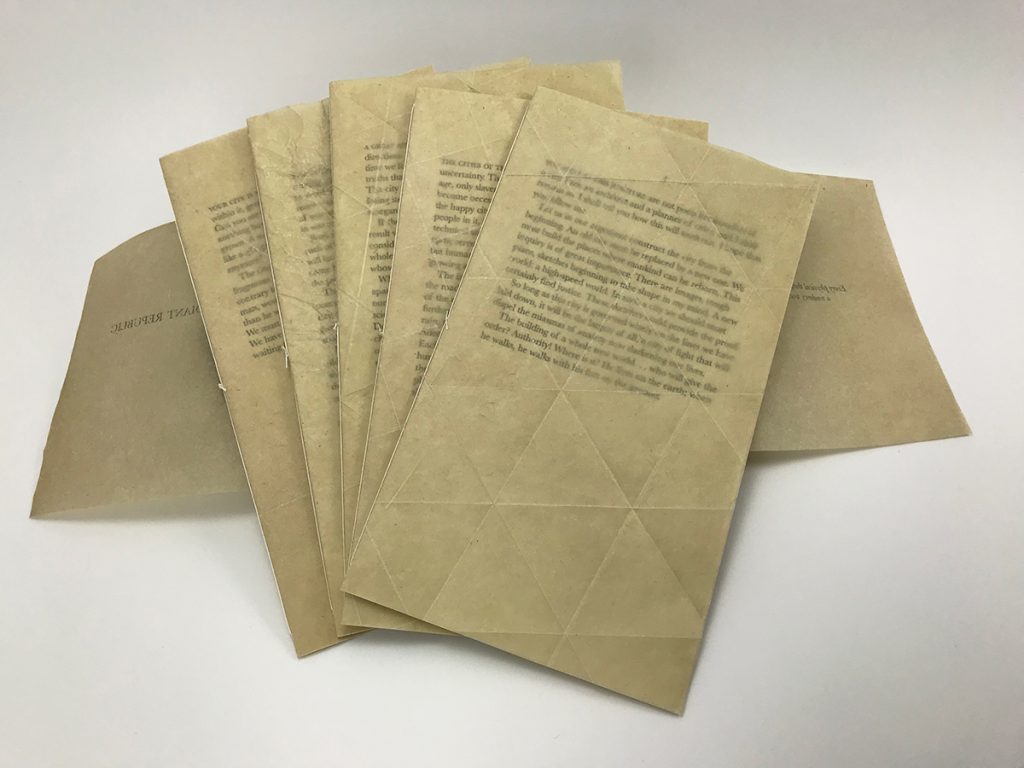 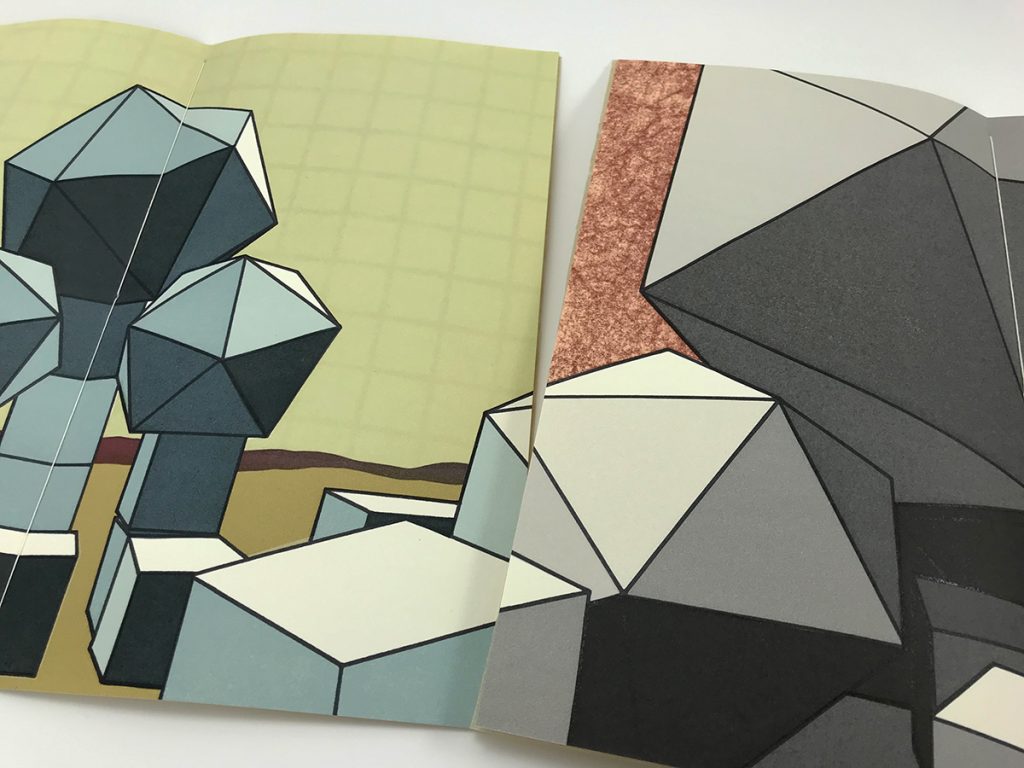 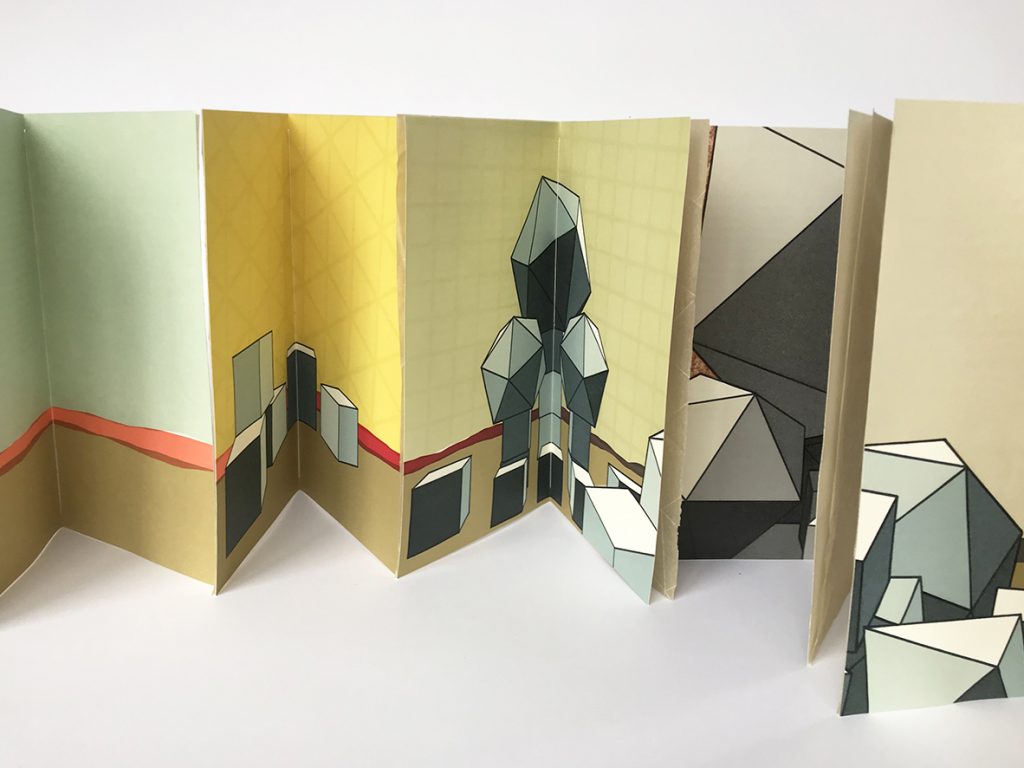 The Radiant Republic is an artist book about ethics, urban planning, and the inherent flaws in utopian designs. The text at the core of the project is a city-building narrative comprised entirely of language excerpted from Plato’sRepublic (c. 380 BCE) and Le Corbusier’s The Radiant City (1933 CE). In these original texts, separated by more than two thousand years, Plato and Le Corbusier each describe city plans designed to prescribe morality and ethics. These works are revered, but they are also deeply troubling, advocating the destruction of existing cities, the separation of children from their families, and the connection between city planning and warfare.

In The Radiant Republic, a five-part narrative describes the life cycle of an imagined city using unedited language woven together from the original sources. Each part is bound separately as a pamphlet, and contains one section of an interlocking landscape with no fixed beginning or end. Platonic solids, a set of five shapes made up of equilateral faces set at equal angles, feature heavily in the printed imagery. Since ancient times, these shapes have been venerated as physical manifestations of perfection of form. But one cannot create a perfect object, and one cannot build a perfect city. This is a book about the voices we value, the ideals they espouse, and the consequences of venerating their views.

The Radiant Republic is housed in an enclosure made of wood and glass containing platonic solids cast in cement. The epigraph is an excerpt from Mostafavi and Leatherbarrow’s On Weathering: the Life of Buildings in Time.

It reads: “Every physical thing carries within its deepest layers a tendency towards its own destruction.”