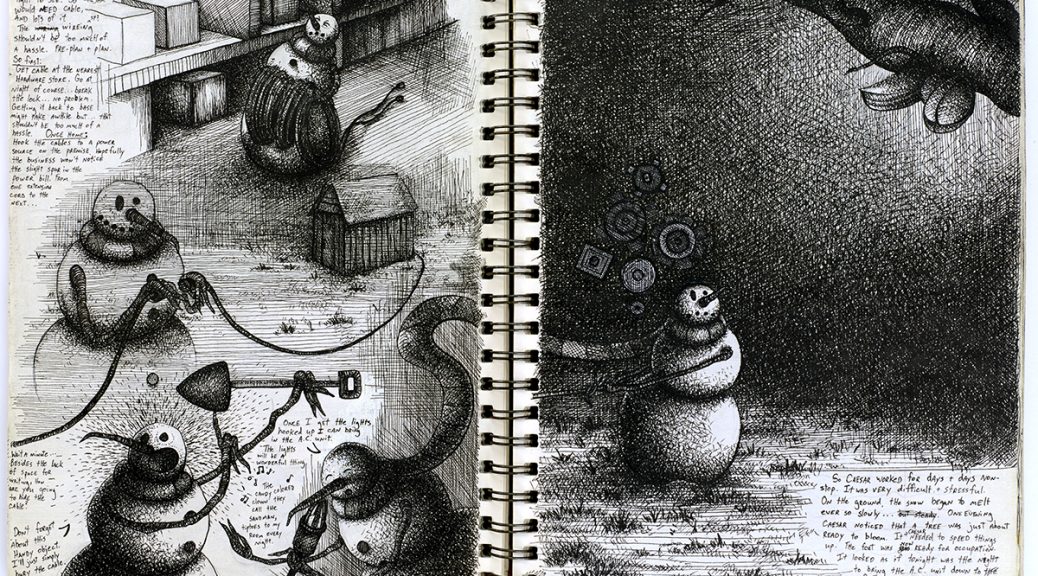 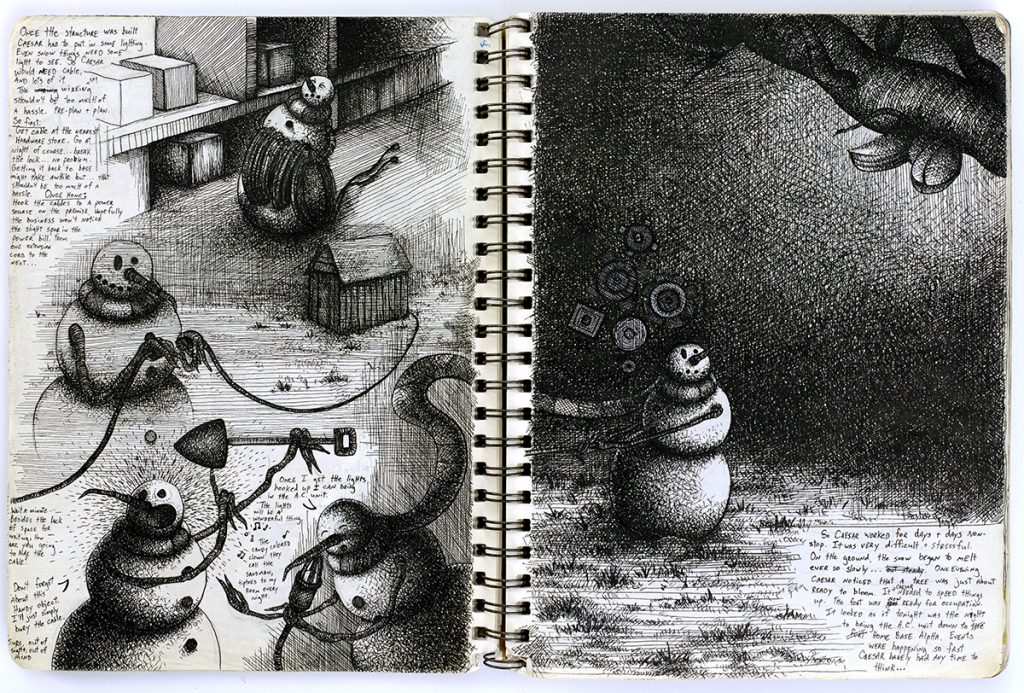 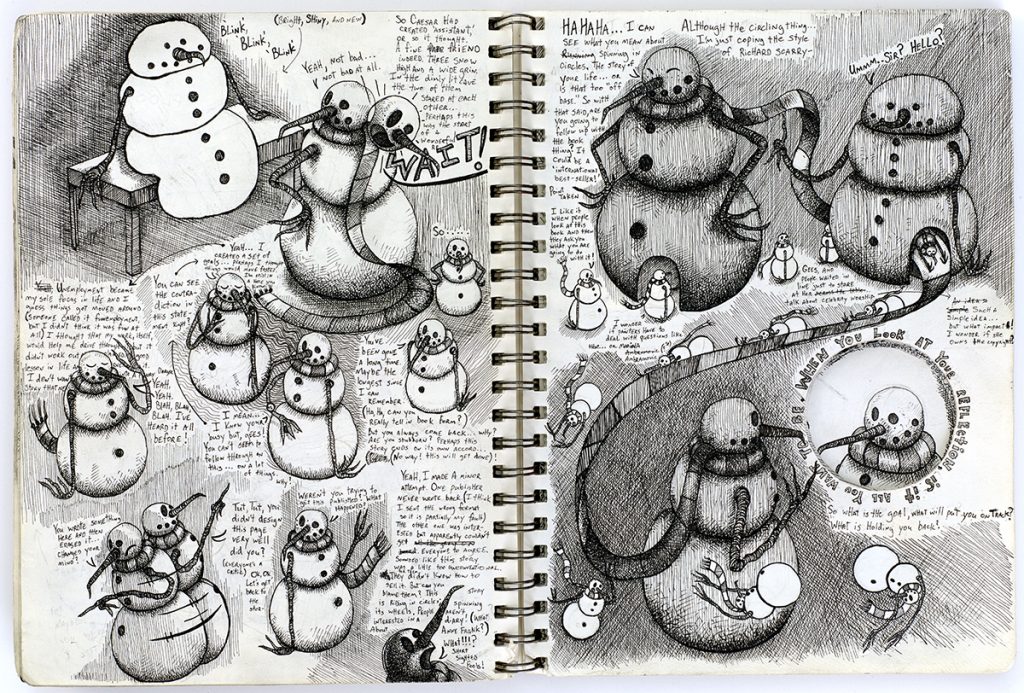 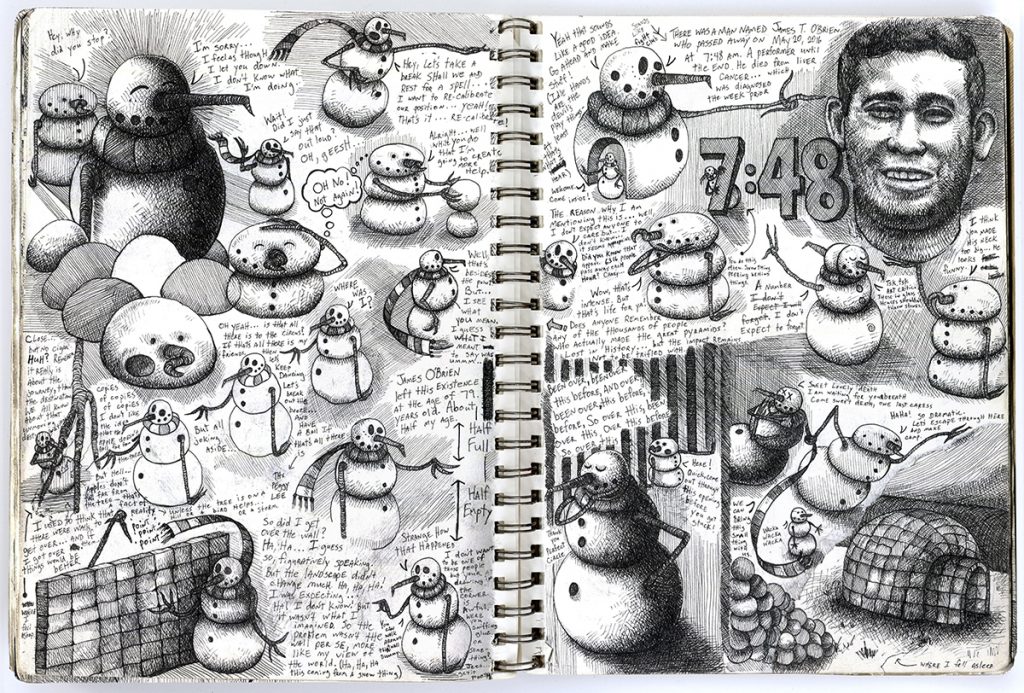 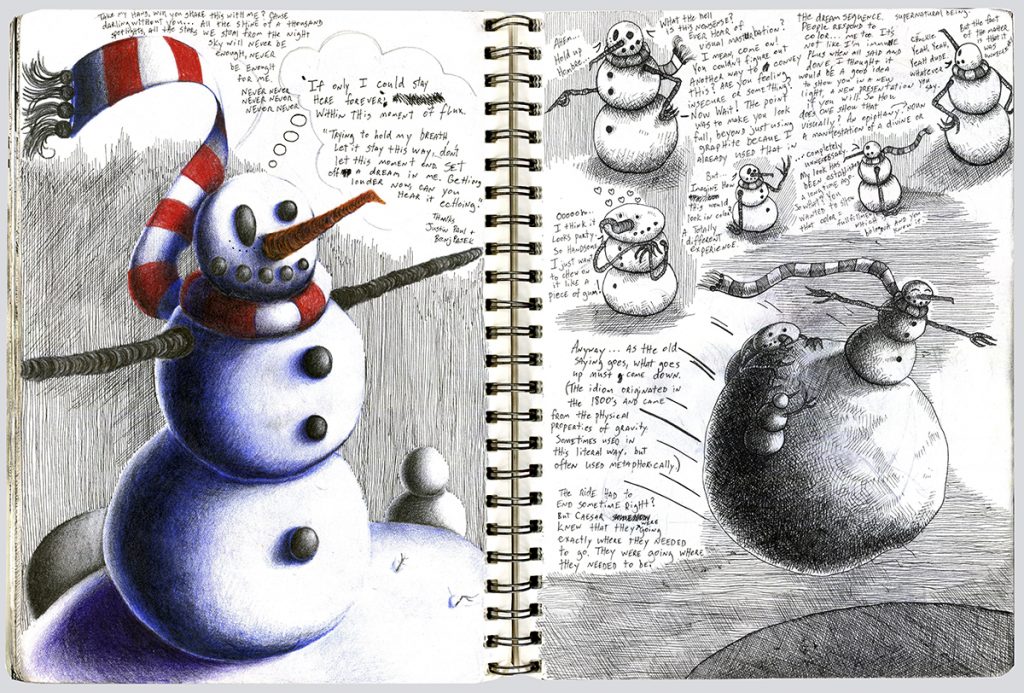 The image samples are a collection of pages from my 137-page Snowman Book Project, started in 1999 and completed in January 2020.

The Snowman Book Project began as a doodle when I was visiting my parent’s home and sketching their snowmen decorations during the holidays. But I had so much fun with the subject matter I decided to devote an entire sketchbook to the snowman character itself. The whimsical nature of the snowman and its storybook quality warranted a book format, and with the sketchbook, in particular, the presentation of the work could be more informal, allowing for ideas to ebb and flow.

The story tells the tale of a snowman’s humble beginnings and follows its quest for world domination. Initially I thought this project would only take a few months to complete, but the storyline and line work, including the development of various pop-up book elements in the story, became more and more immersive, thus causing delays. Doubts that I would encounter over my own intentions for the book project would also appear in the storyline itself, with the character questioning its own motives. In many ways the snowman book unintentionally became my visual diary, where the character has conversations with me, the artist, about our dreams, artistic motivations, and intent.